A New Yorker helped bring marriage equality to the nation, while hate crimes against queer Gothamites surged. It was a complicated year in LGBT New York

There were plenty of highlights this year in America's gayest city (nice try, San Francisco). New Yorker Edie Windsor was at the center of the case that made same-sex marriage a federal right; LGBT candidates were highly visible in this year's local election; and queer nightlife continued to get more diverse and wonderfully weird. But things were far from perfect. An outbreak of reported hate crimes against LGBT people in the city made news in the summer, and a pair of classic Chelsea gay bars closed, signaling the slow demise of what was recently the world's most famous gayborhood. Still, there were decidedly been more steps forward than back for the LGBT community in NYC and beyond in 2013, so here's looking forward to a fabulous and queer 2014. 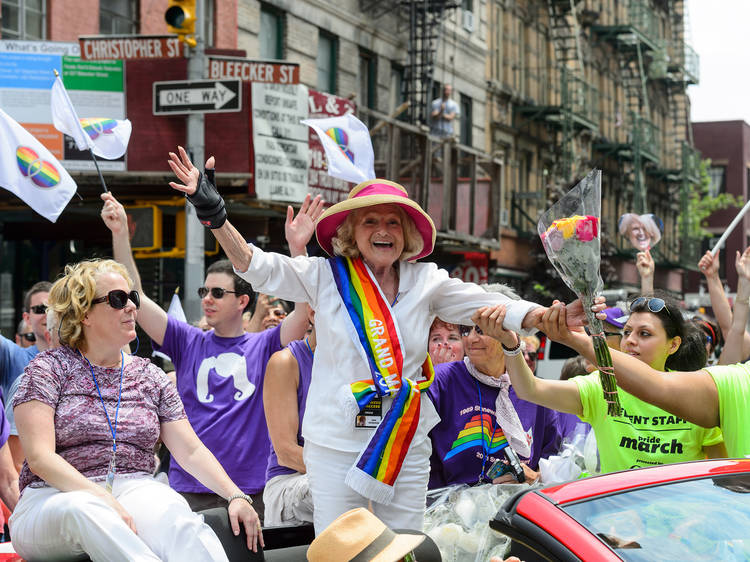 Edie Windsor became one of the most important figures in American LGBT history when she appeared at the center of United States v. Windsor, the Supreme Court case that overturned the Defense of Marriage Act, vastly extending the rights of LGBT people in the U.S., and making an overnight star of the octogenarian New Yorker. On the day the decision was announced, she headed to Stonewall to join an impromptu celebration; later in the month she served as a grand marshal in the annual LGBT Pride March. As the year drew to a close, she made the short list for Time’s Person of the Year, and like the true New Yorker that she is, she shows no signs of slowing down. Catch her at the 92nd Street Y along with her lawyer, Roberta Kaplan, on January 7. 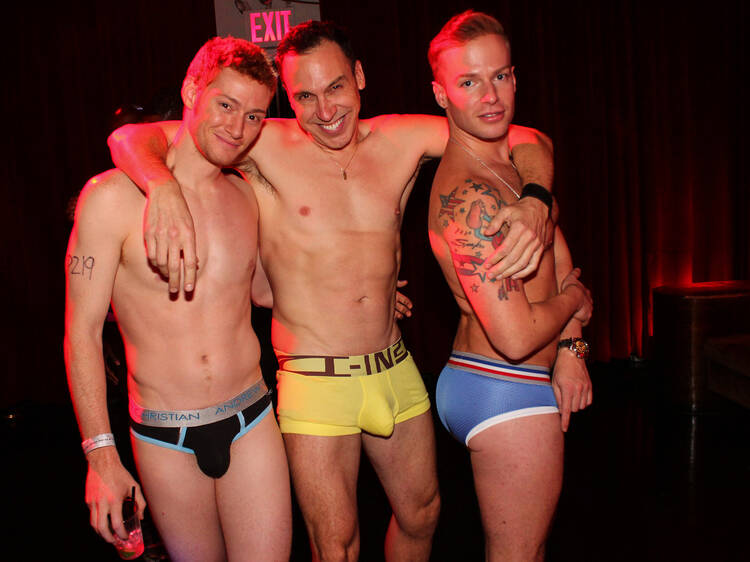 Daniel Nardicio built his reputation in NYC throwing some of the raunchiest gay parties in town, from packed anything-goes grope-fests at the Cock to weekly underwear shindigs on Fire Island. Over the last few years, though, Nardicio has gotten downright classy, producing respectable cabaret and burlesque events. He kicked off 2013 by bringing musical-theater legends Alan Cumming and Liza Minnelli together onstage at Town Hall, and in 2014 he goes even further into the downtown and uptown stratospheres when he pairs Carol Channing and Justin Vivian Bond at that storied venue. But the city’s most reliably sleazy (in a good way) nightlife scenester definitely hasn’t taken a full-time prudish turn. Just last month he revived his Thanksgiving Eve underwear, and he’ll kick off the New Year with his annual shenanigan-packed Masked Ball. 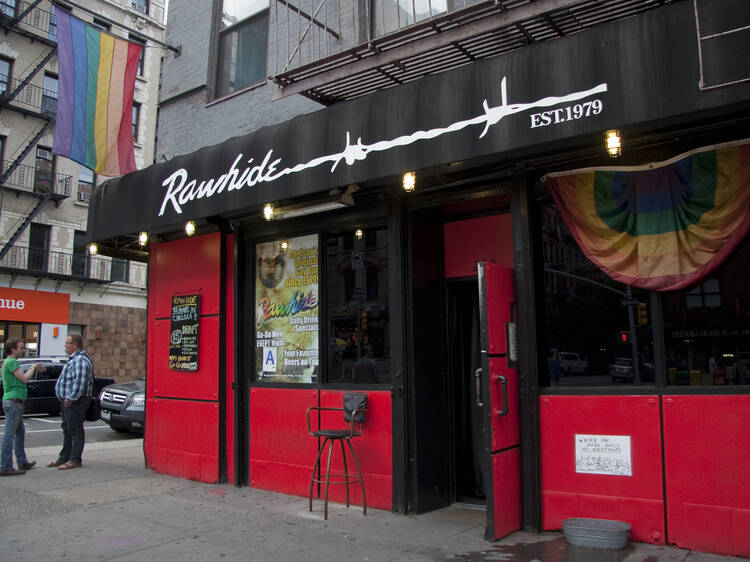 Two polar-opposite gay drinkeries in Chelsea—dance club Splash and hard-core dive Rawhide—shuttered for good this year. Both of these venues were throwbacks to bygone eras—the buff-and-waxed ’90s and the raunchy ’70s, respectively—which was part of their charm, and made them seem somehow immortal as the neighborhood rapidly evolved around them. Rawhide was one of the longest-operating bars in Chelsea (gay or otherwise) and Splash was one of the first pioneers in what would become the city’s gayest gayborhood, helping Chelsea define the gay aesthetic not just here, but all over the country. Even though many New Yorkers hadn’t set foot in either of these venues since their heyday, the city is a little more boring (and less queer) for their loss. 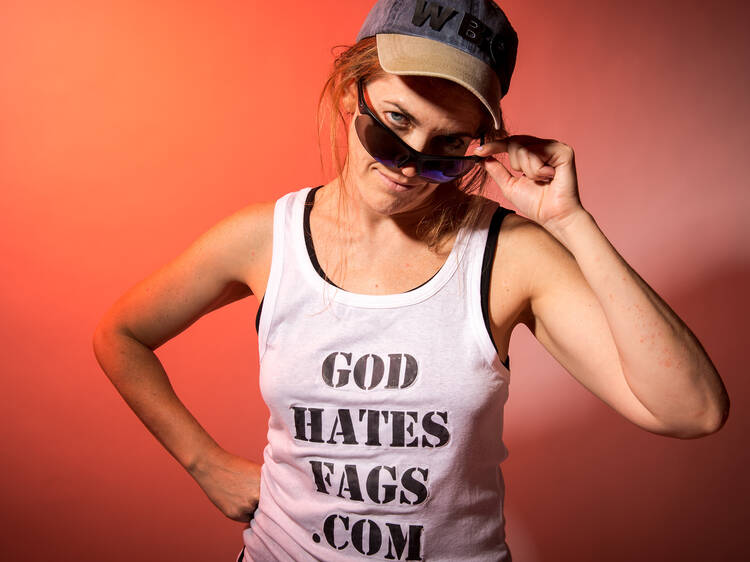 Best satire (which was only barely satire): God Hates This Show: Shirley Phelps-Roper in Concert, Live from Hell

If you can get past how completely terrifying, repulsive and evil it is, the antigay hate group Westboro Baptist Church is pretty hilarious. Writer-director John J. Caswell Jr.’s musical, which imagines Westboro spokesmonster Shirley Phelps-Roper performing a cabaret in Hades, is brilliant in its simplicity—it’s built around actual pop-song parodies posted from Westboro’s website. And it was even more brilliant in its casting. Downtown star Erin Markey was typically ferocious, fearless and hilarious in channeling the disgusting hatemonger, accompanied by delightfully droll demonic backup singers and dancers. The only downside was that the show’s October run at HERE was all too brief; here’s hoping for a deliciously blasphemous revival in 2014. 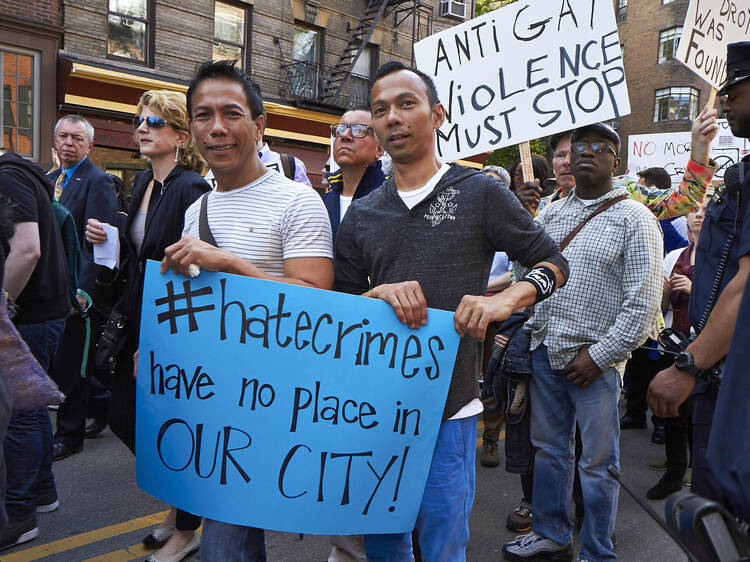 This was a banner year for LGBT equality, but all was not well in gay New York. A series of violent crimes throughout the city made the news several times this year. The community decided to fight back and speak out after the hateful murder of a Brooklyn man, Mark Carson, in Greenwich Village in May. Shocked and angered that such a thing could happen in the heart of the birthplace of the modern gay-rights movement, New Yorkers headed to the scene of the crime for an impromptu vigil the night after Carson was shot; a few days later, people from all over the city took to the streets during a massive march through the Village (future mayor Bill de Blasio was among the participants). The protest made hate crimes against LGBT New Yorkers front-page news, but there’s still much work to be done: Two more attacks on gay men in lower Manhattan were reported just hours after the march, and at the end of this year, the number of reported hate crimes against queer New Yorkers will likely be double what it was in 2012. 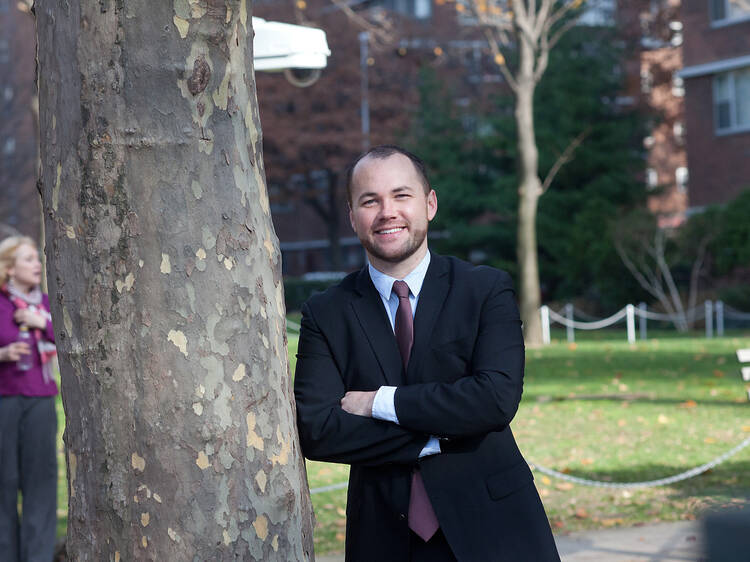 It’s virtually impossible to be a successful local politician in New York without supporting LGBT rights—even Republican mayoral contender Joe Lhota was a vocal supporter of marriage equality. This year, though, it seemed that actually being gay could be an advantage. City Council Speaker Christine Quinn lost to Bill de Blasio in the Democratic primary, but that pretty clearly had much more to do with her perceived allegiance to the increasingly unpopular current mayor than it did with her sexual orientation. Quinn’s successor on the City Council, Corey Johnson, is also openly gay, as were several other new Council members this year—including Brooklyn’s first gay representative, Carlos Menchaca. 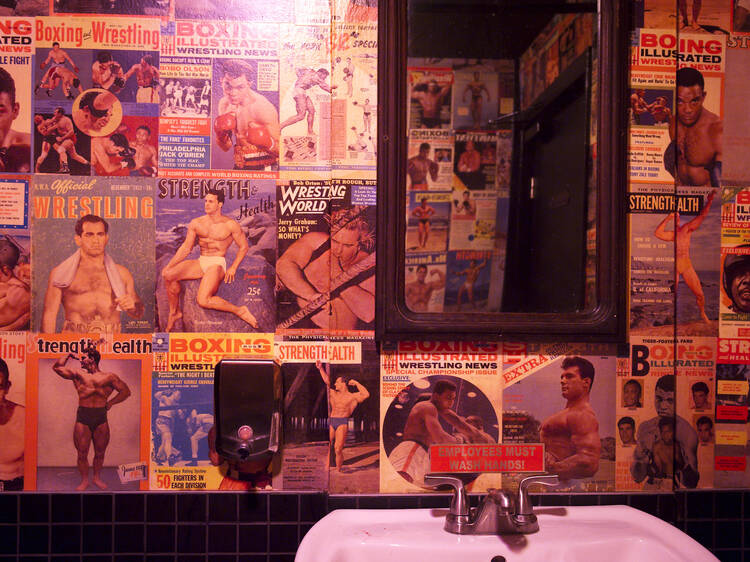 The arrival of Atlas Social Club—a bar brought to us by a team of downtown nightlife veterans including international party guru Josh Wood and Eastern Bloc honcho Benjamin Maisani—officially cemented Hell’s Kitchen as the city’s It gayborhood. The cozy, casual place is a welcome addition to the HK queer scene, but our favorite part is that it succeeds where so many other NYC gay bars fail: the bathrooms. The lighting is neither buzzkillingly bright nor salaciously dark, and the fixtures don’t sacrifice function in the name of design. (Translation: There’s not a fancy sink that easily overflows turning the whole room into a swamp by 10pm every night.) Best of all, the walls are plastered with vintage boxing, wrestling and muscle magazines, offering some sexily retro diversion while you do your business. 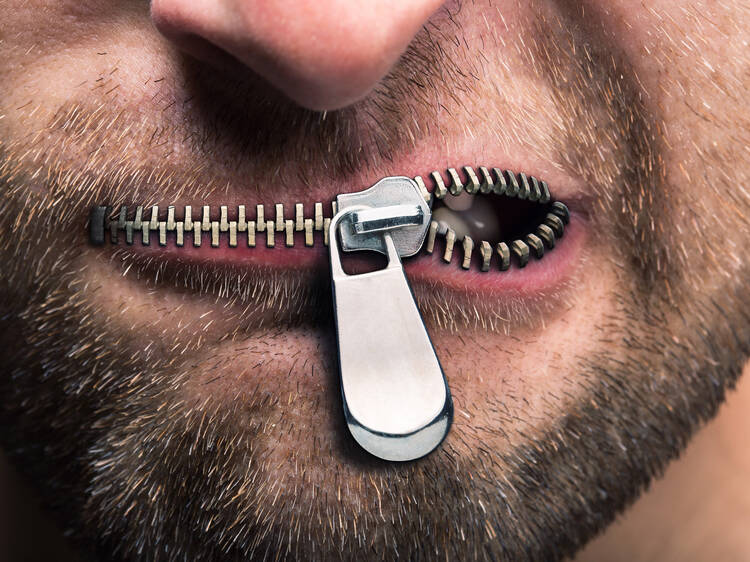 Best linguistic development:The f-word is off the table—for straight people

In November, Eminem defended using the word faggot on his wildly successful single “Rap God.” Weirdly, the eternally adolescent rapper (and gay-marriage supporter!) seemed to have his heart in the right place—though his logic definitely was not—when he insisted that he was using the word as a generic pejorative, and not as an attack on gay people. Dozens of opinion pieces, blog entries and drunken rants ensued, and the point finally seems to be getting across: Straight people don’t get to use that word—period. It’s dialogue that couldn’t have happened on this scale just a few years ago, and the queer community owes the wrongheaded Mr. Mathers thanks for (very unintentionally) starting this vital conversation. 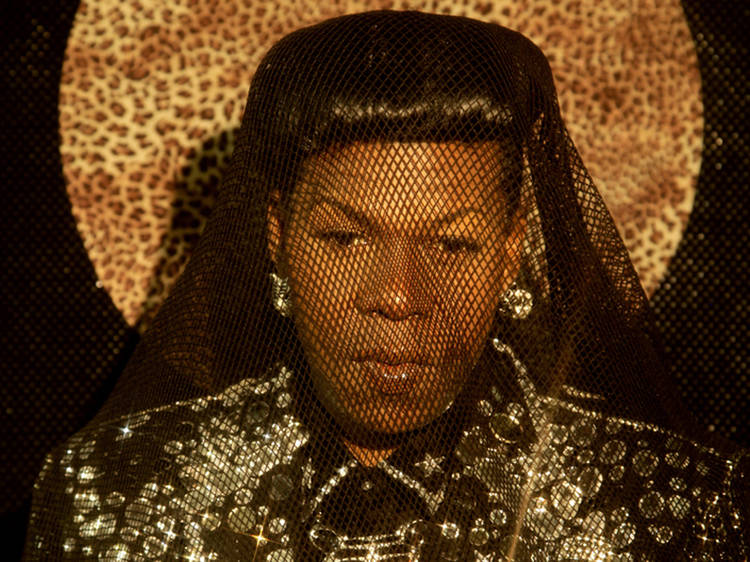 The massively popular annual Afropunk Fest in Fort Greene is not a gay—or even mostly gay—event, but some of the biggest stars at this year’s edition were queer, including Big Freedia, Le1f and Mykki Blanco. These LGBT artists, along with the similarly inclined artist-musician Zebra Katz and bisexual viral sensation Azealia Banks (who, by the way, also ignited the blogosphere when she tossed the f-word around this year), are rapidly raising the visibility of queer people in hip-hop in New York. Next up: the rest of the world.

Final grade: B- 2013 was a historic year for gay rights and queer visibility, but a shocking outbreak of violent crimes against LGBT people in NYC was a sobering reminder that we’ve still got a long way to go. 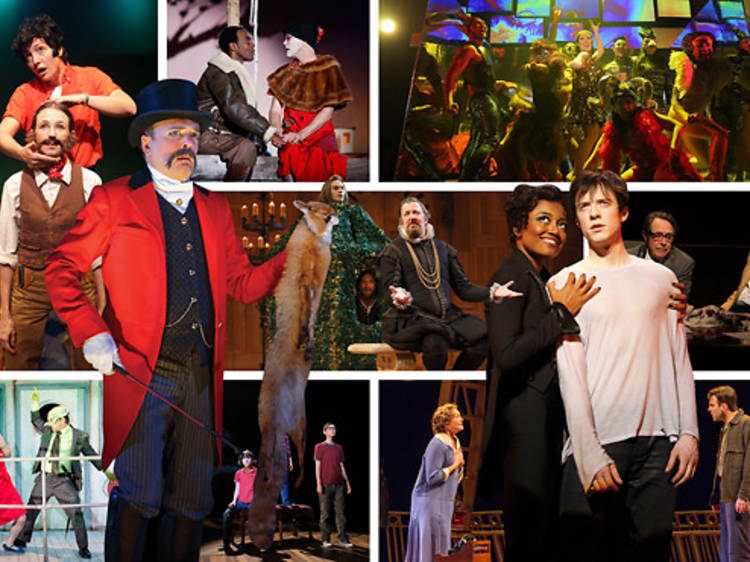 From the best new Broadway shows to groundbreaking downtown experiments, it was a very good year for New York theater. 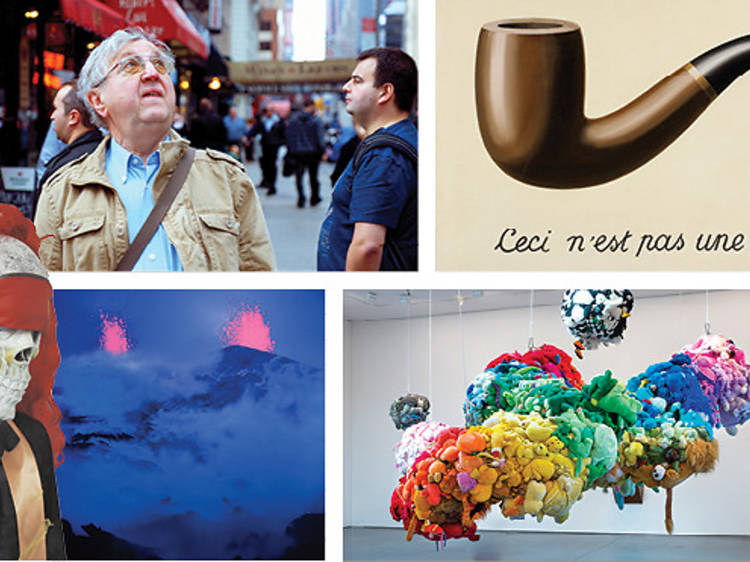 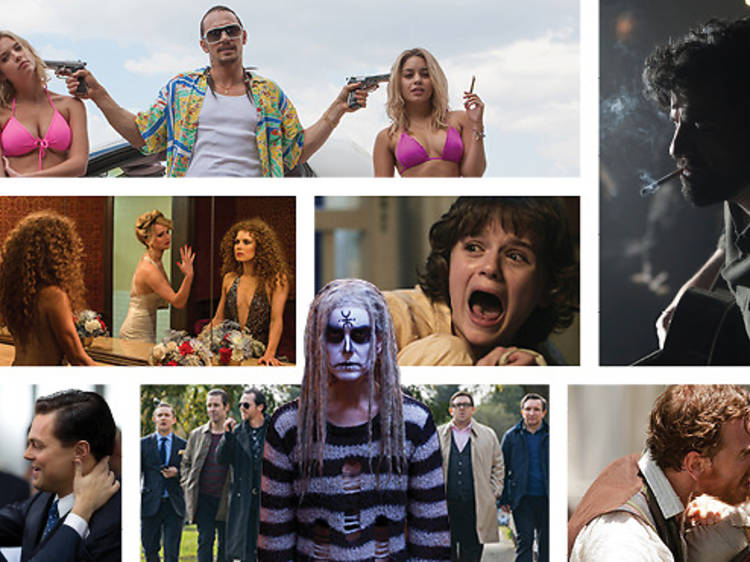 From established Hollywood auteurs to the foreign and indie fringes, cinema brought its A-game 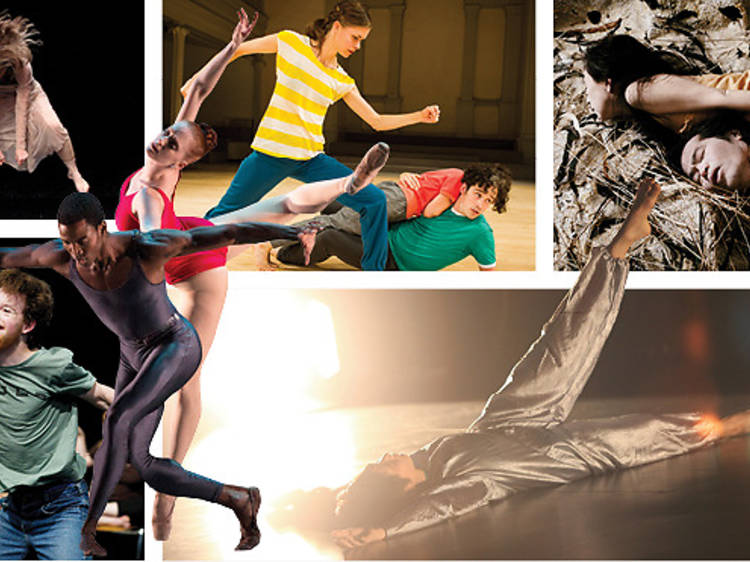 Young experimentalists and rigorous classical ballet: The dance world is shaping up 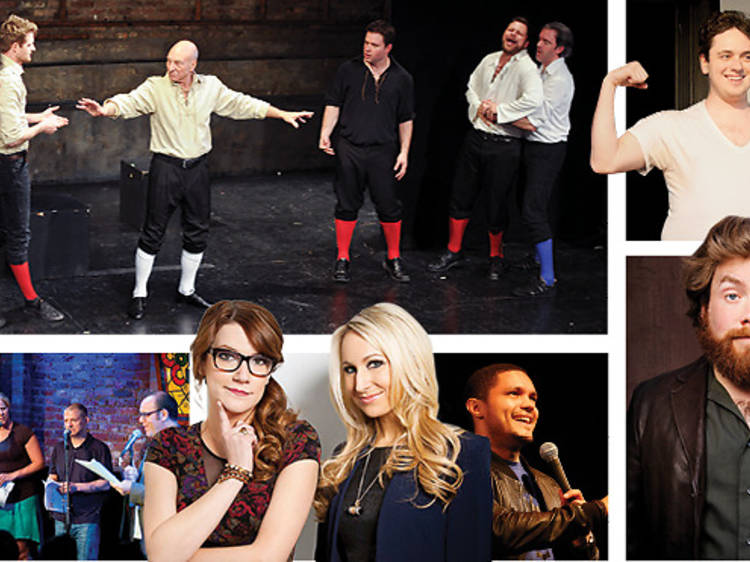 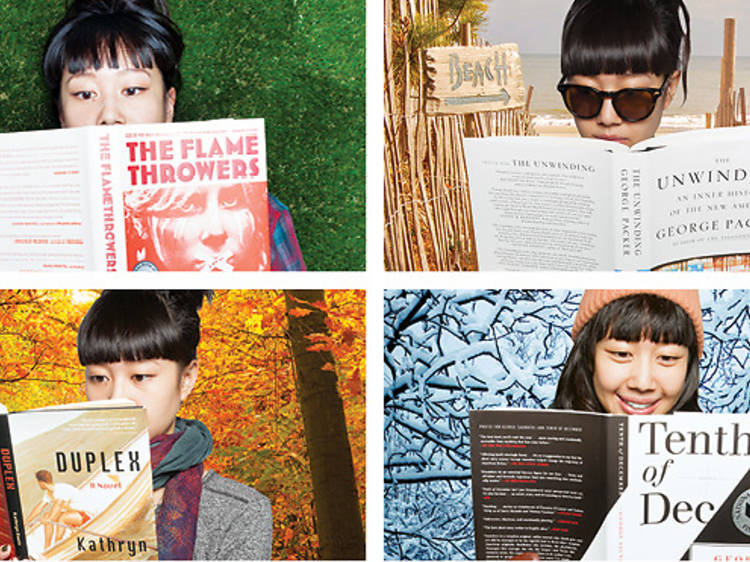 Pro wrestling, Scientology and the ’70s art world buzz through our favorite fiction and nonfiction of the year 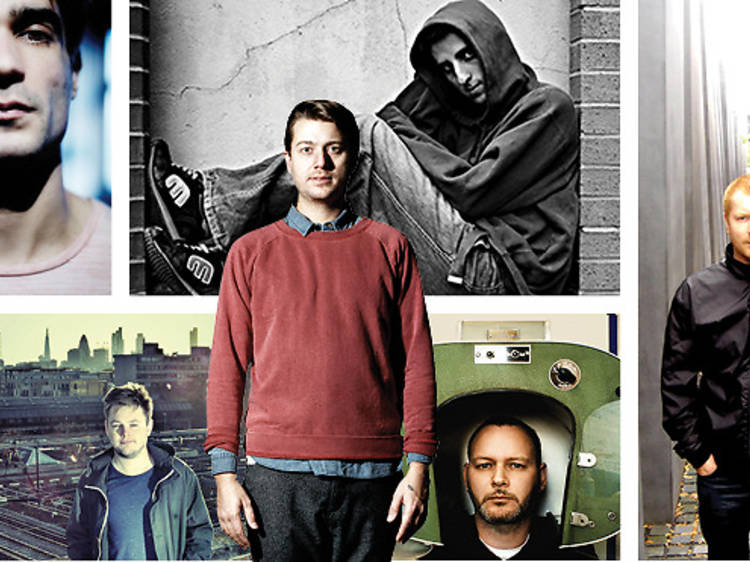 We list our favorite dance- and electronic-music releases of the past 12 months. 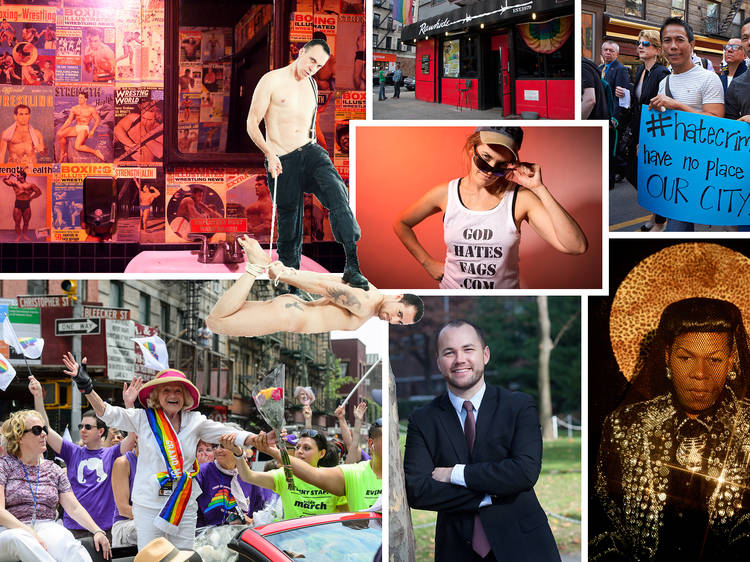 A New Yorker helped bring marriage equality to the nation, while hate crimes against queer Gothamites surged. It was a complicated year in LGBT New York. 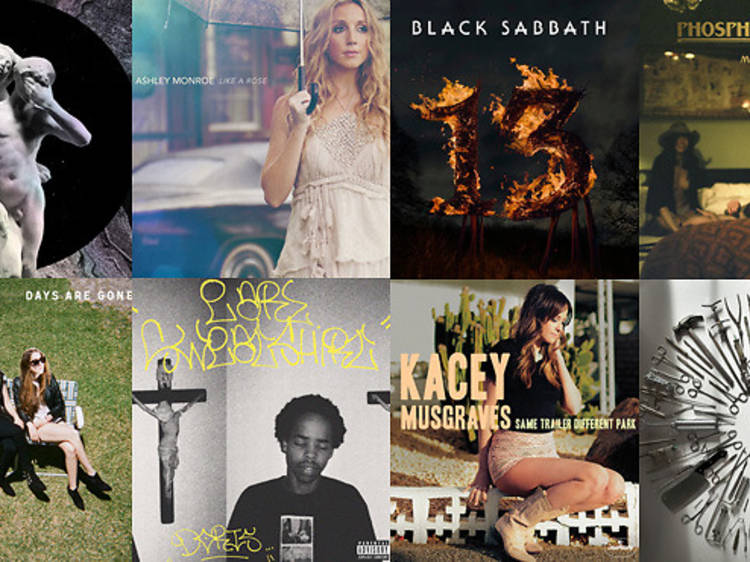 Our Music team rounds up the year's choicest releases 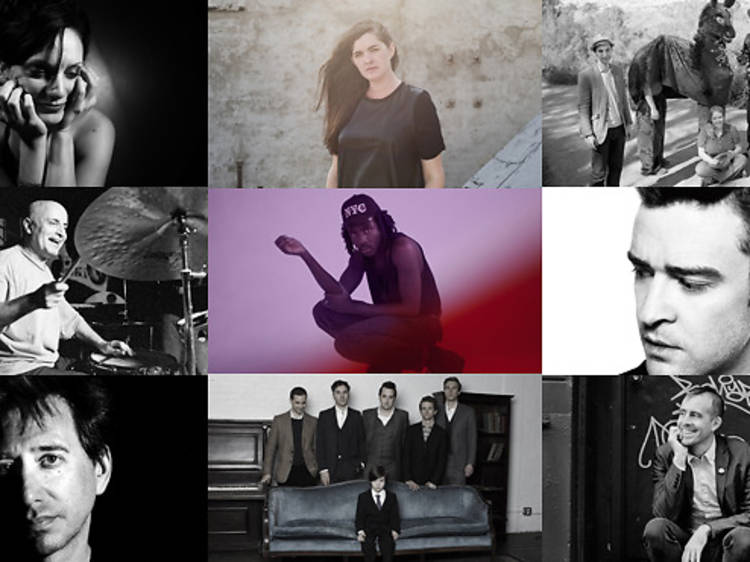 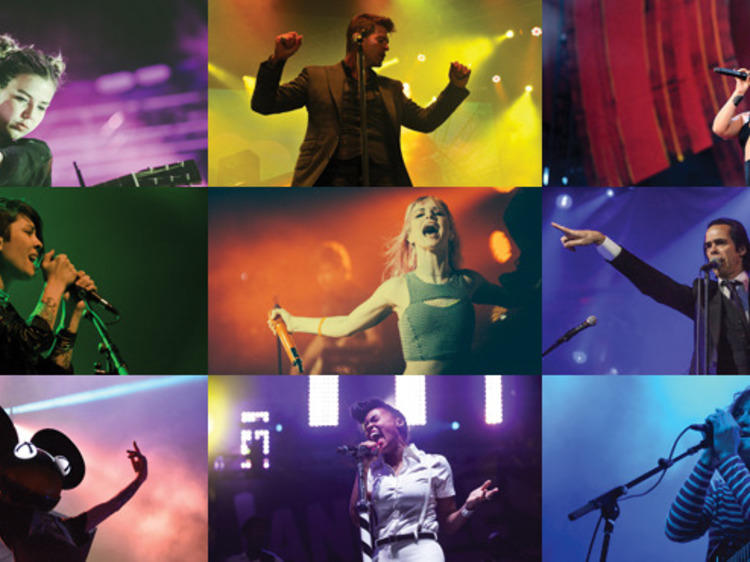 We're spoiling you now: Our pick of shots from the year's most dazzling concerts and music festivals 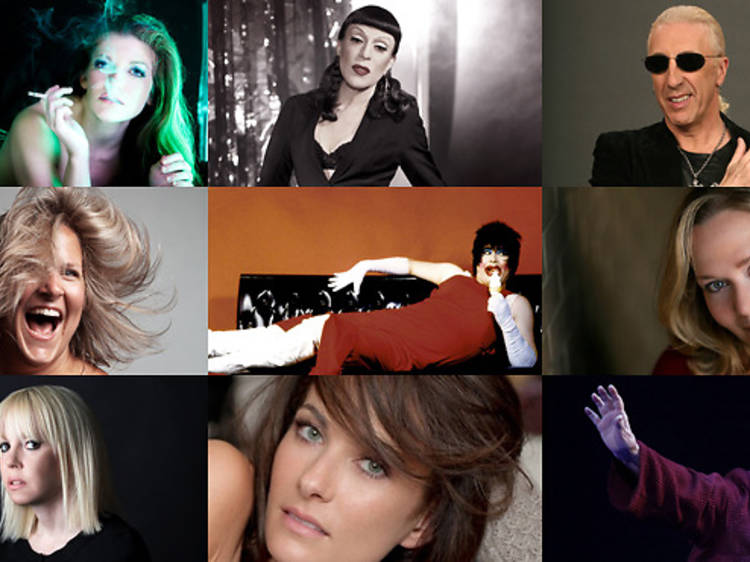