Pac-Man. Space Invaders. Teenage Mutant Ninja Turtles. Shoot ’em ups. Beat ’em ups. Even horse racing simulators. Whether it’s a nostalgia trip or a new-fangled treat for the senses, arcades are havens for some high-octane fun. And, as the mercury starts to rise, Hongkongers are heading for these dens of digital solace to chill out and take on their pals at everything from a dance-off to a car race. Why pace around a mall when you can play football, engage in a street fight, fire guns and bang on taiko drums? We’ve traded shopping arcades for the real deal.

Looking for more inspiration on things to do around Hong Kong? Why not check out our guide on quirky activities or get active with these indoor sports.  Elizabeth Choi and Graham Turner.

The best arcades and game centres in Hong Kong 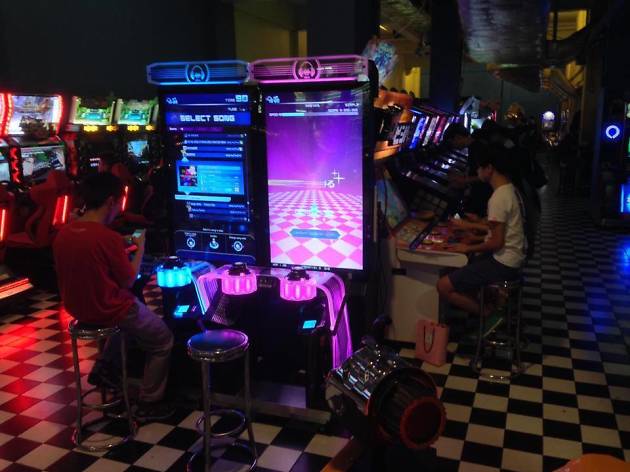 Ignore the name, American Pool is one of the city’s best remaining arcades and there are no longer any pool tables. If you want beat ’em ups there’s a couple of Super Street Fighter IV cabinets and an array of classic King of Fighters ones too. Racing fans can settle into either the eight linked Midnight 5X Maximum Tune machines (complete with a Wangan Terminal for data transfers and other services for those with a Banapassport card) or one of the five linked Initial D Stage 8 cabinets. If rhythm games are more your thing, take your pick from Butaotome, Jubeat, Maimai Murasaki, Project Diva Arcade Future Tone or the classic Taito Drum Machine. And if all that’s far too contemporary for you, just hang out near the entrance and spend some dollars playing one of the four old-school pinball machines. 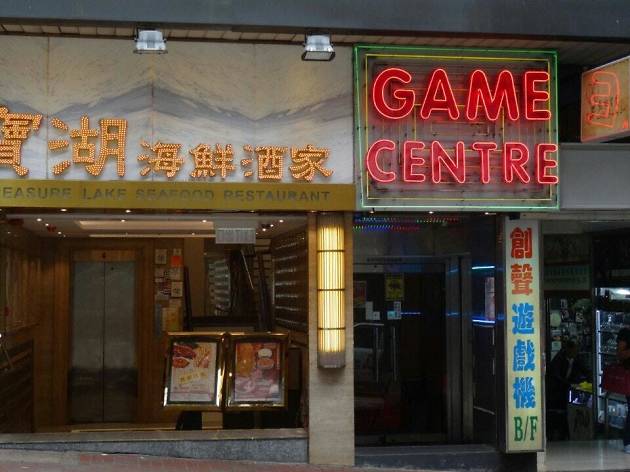 From the outside and upon the descent downstairs it’s hard not to feel as though you're venturing into a Hostel reenactment. What greets you upon entry, though, is (thankfully) a marked improvement. While still charmingly grimy and smoke-filled, Game Centre has a fairly robust selection of games including both Super Street Fighter II and IV, Jubeat and Maimai – that previously mentioned Japanese rhythm game that looks like a washing machine – and, our personal group favourite, Bishi Bashi. Super convenient whenever you’re around Central, this is a great place to kill some time whenever you’re in the area. 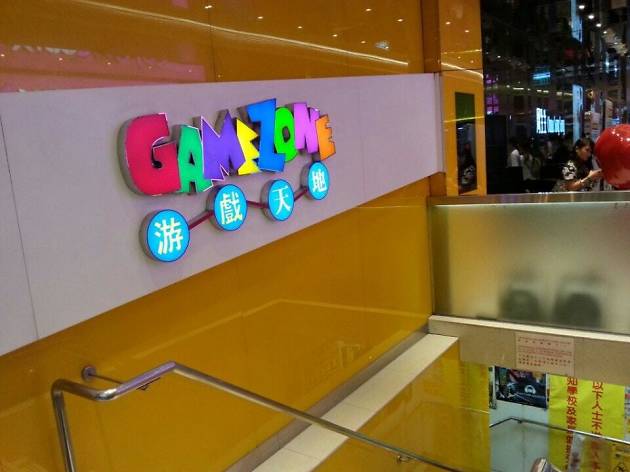 In the beating heart of Mong Kok, GameZone is a perfect representation of its neighbourhood. Super-busy and super-cool. This arcade is regularly packed to the rafters with gamers vying for a turn at Initial D and Gundam games (we hear the Street Fighter competition can get pretty stiff here). Try your luck on one of the many medal machines and see how many rounds of King of Fighter you can get in. The arcade has several versions of the series along with a few linked Street Fighter 5 machines. Another bonus (for non-smokers)? They enforce their no smoking policy (well, most of the time…). 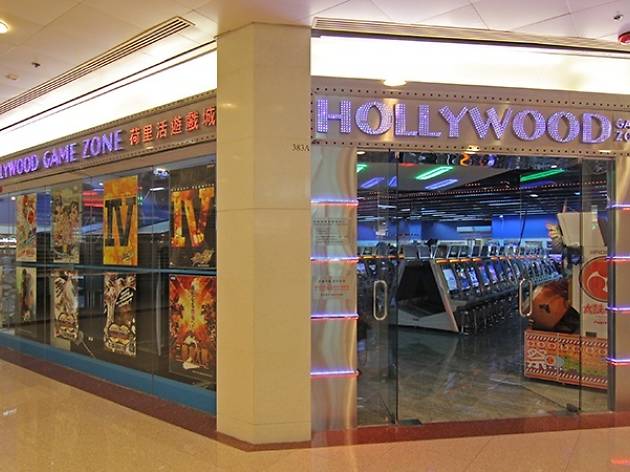 It’s not just the residents of Mong Kok and Hong Kong Island that get to enjoy some escapism, as this far-flung shopping centre arcade proves. There’s a seriously impressive number of arcade machines here where fighting and racing games rule the roost with scores of friendly individuals frequenting the arcade offering a convivial game. You might even get a high-five if you're not shit. 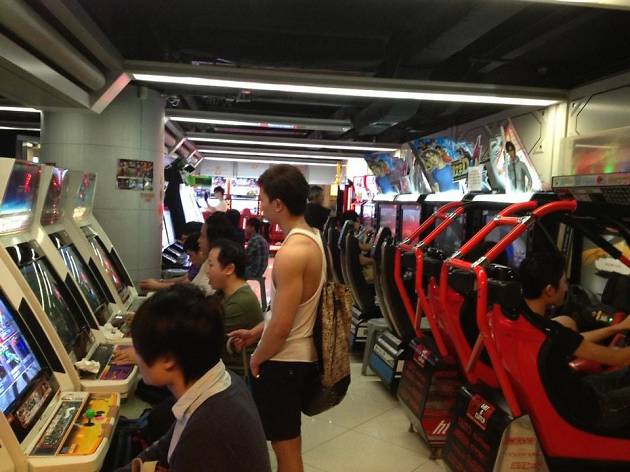 This two-storey Mong Kok is nothing short of a gaming paradise boasting a diverse selection that runs the gamut from medal machines (on the second floor) to World Cup Championship Football (on the first). If you've ever wanted to play racing boss game Star Horse then this is your venue. 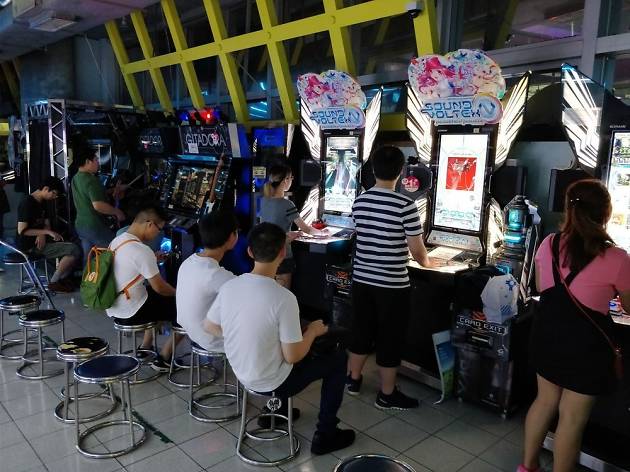 It may sound like a place where you pay someone to walk on you with high heels but in fact, this New Territories gaming mecca is one of the city's best arcades. With a mix of old and new school games as well ones that require some more hands-on physical input – think punching bags and basketball hoops, there's something for everyone here.

If the arcade is a bit too normal for you... 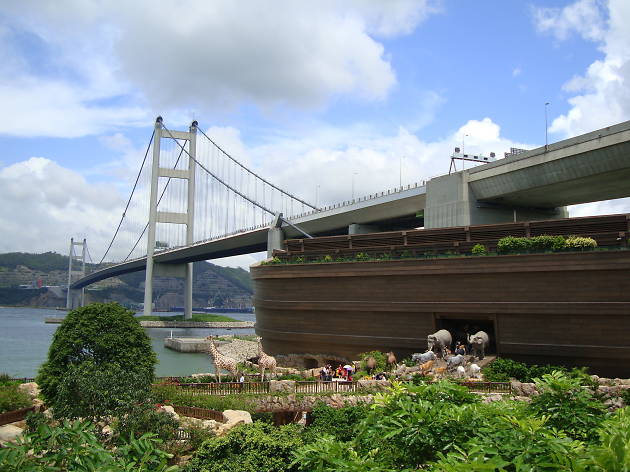 Keen to move away from the mainstream attractions? Scroll down and follow our round-up of some of the weirder sightseeing spots into one list. Charming, pointless or a waste of space? You decide.