The heart of the city. A fancy area, once a gathering point for Lisbon’s major intellectuals and still the hub of its most elegant restaurants, its main theatres and its most luxurious cafés. Next to some significant addresses, such as the world’s oldest bookstore, you will find upmarket stores, all of them with a cool look. It’s an an imperative stopping place if you are in Lisbon or are planning to come here, so save this location on your GPS. Thinking ahead, we’ve selected for you the best restaurants in Chiado.

Recommended: the best hotels in Chiado

The best restaurants in Chiado 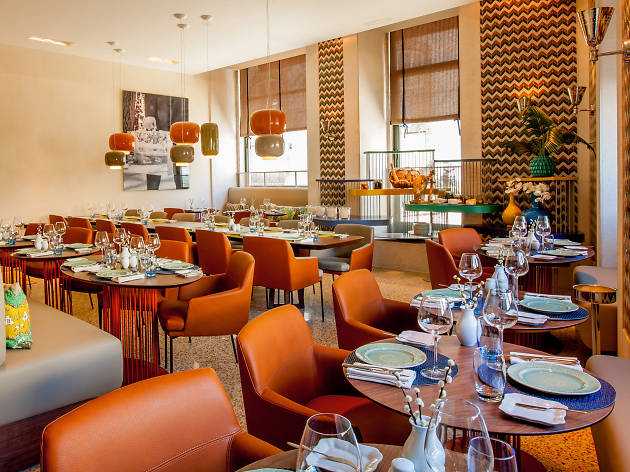 You have until October 31 to eat at Flores do Bairro under its current configuration. The next day, the Bairro Alto Hotel undergoes a renovation and it is yet to be seen if the restaurant remains the same – in architectural terms anyway. Until then, you have 10 months left to enjoy chef Bruno Rocha's dishes, whose style is worlds away from traditional hotel gastronomy. There are several snacks for sharing – try the duck croquettes and the cockle rissoles – and other Portuguese recipes with an auteur's touch.

– A nice, open and well-lit venue.

– The partridge and beans risotto is an absolute must.

– Before your meal, go up to the terrace and enjoy a drink. 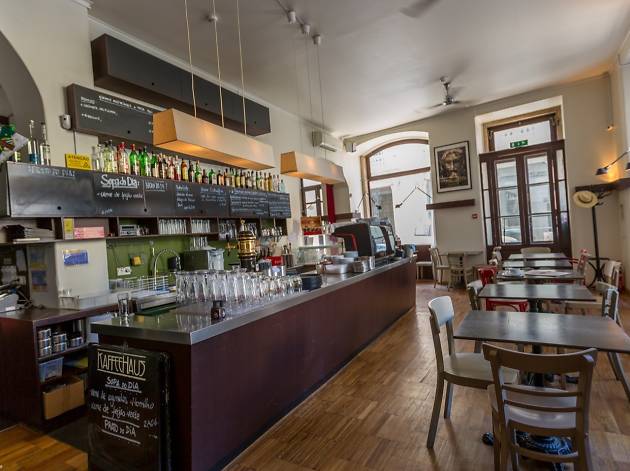 Kaffeehaus is a cafe/restaurant hybrid that unusually manages to be good at both. What this means is that you can expect quality both in sandwiches with unpronounceable ingredients and Austrian sausages; both in apfelstrudel and breaded chicken cutlets with potato salad. There are plenty of good things we could list about this Austrian restaurant in the Chiado. But we won't do it. We would prefer you to pause reading this guide (you're about halfway through it) and get a seat at a table in Kaffeehaus, with a hot plate of food in front of you.

– Some of the sausages sold in Hansi are also here. 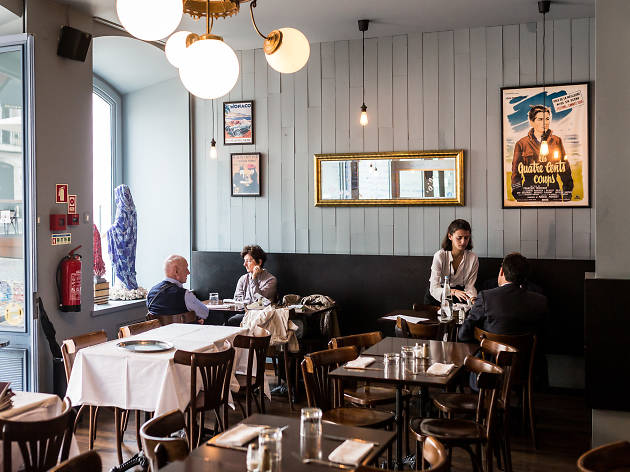 Xavier and Olivier are, respectively, owner and chef. These are the people you should thank for making such a beautiful restaurant in Lisbon – the first French bistro in Lisbon. The music, the staff, the food – everything comes as close to the original as possible. Some dishes are excellent: the eggs cocotte (one of the best ways to eat eggs), the tartar de boeuf and, if you just want to keep it simple, the classic croque madame.

– The soup a l'oignon is made from red rather than ordinary onions.

– The chef himself makes the sausage in an artisanal fashion.

– Before anything else, allow the staff to pour you a glass of champagne. 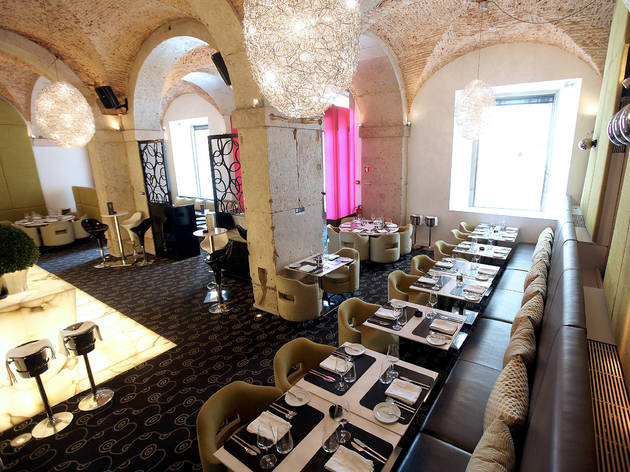 No tables in Lisbon are as romantic as the ones near the jellyfish aquarium at Largo – it's a great setting for a marriage proposal. Indeed, there is beauty in the entire restaurant, whose interior was designed by Miguel Câncio Martins. The kitchen, once led by Miguel Castro e Silva, also had Louis Anjos at the reigns and is now under Paulo Silva. Its specialities are steak tartar, sautéed squid with beurre blanc shrimp and duck magret with green asparagus and truffle risotto. Finish the meal with the zero degrees chocolate mousse and hazelnut praline.

– On weekends during winter months, “cozido” is served buffet-style (€18).

– Don't be afraid to go for the appetizers: corn, rye and seed bread are all great.

– Valet parking is available at dinnertime. 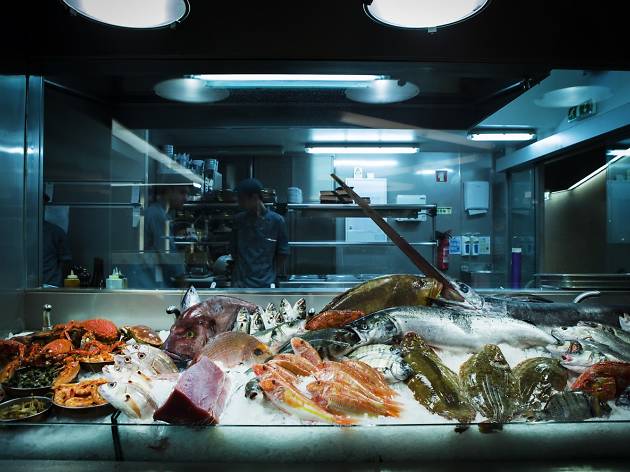 Long before seafood invaded Lisbon's menus in modern arrangements, Sea Me already focused on fish and shellfish. All thanks to an original concept, mixing fish market, shellfish restaurant and sushi bar. The food includes Portuguese snacks with authorial touches, Portuguese-Japanese inventions – such as the unbeatable sardine niguiri -, sushi with some fusion mixed in, shellfish and fresh fish. The latter is served grilled and with no tricks – with such good raw materials from fish markets in Sesimbra, Peniche and the Azores, none are needed.

– The restaurant has its own fish farms in the Ria Formosa.

– Maria Bolacha, a modern version of a traditional cake made with Marie biscuits, is the best dessert on the menu.

– Judge for yourself how fresh the wares look and pick what you want from the restaurant's glass display.