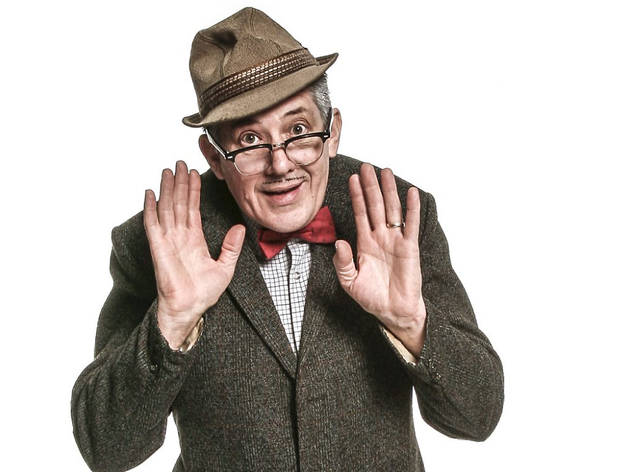 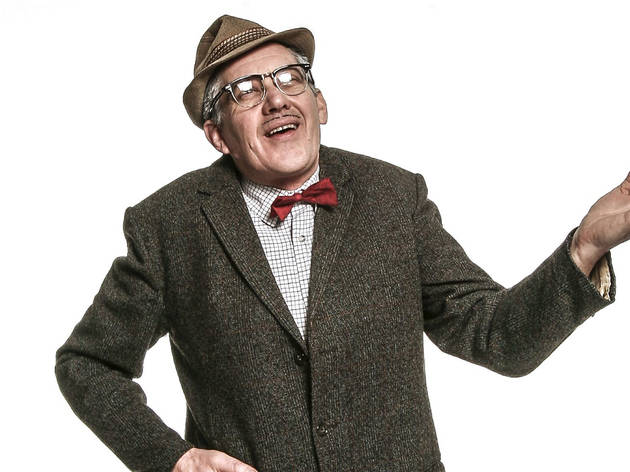 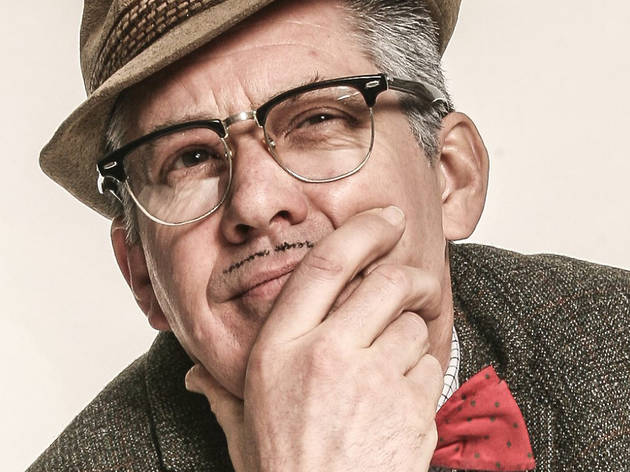 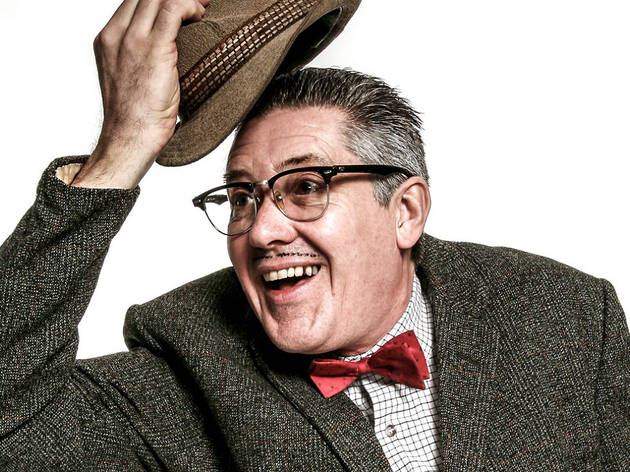 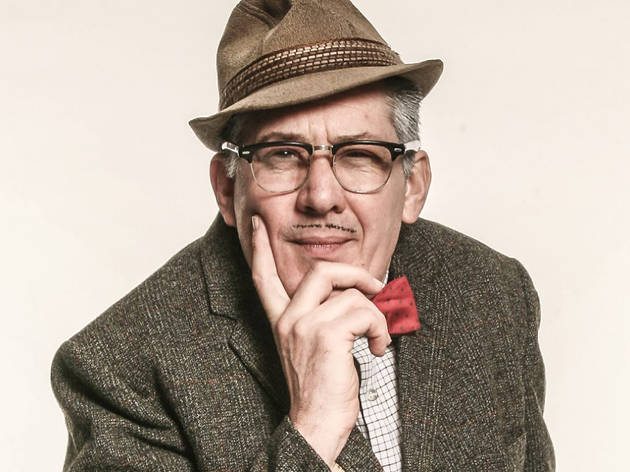 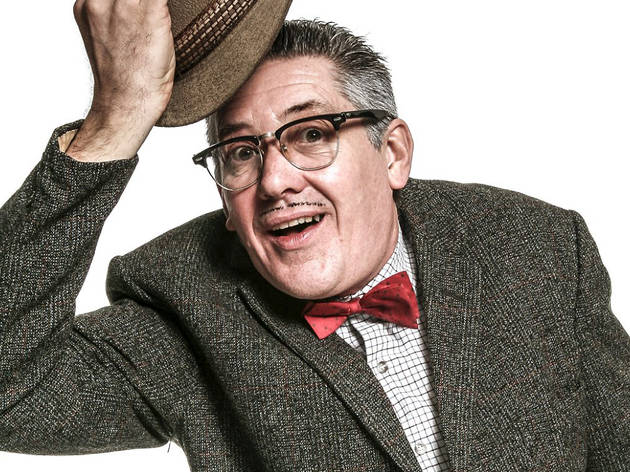 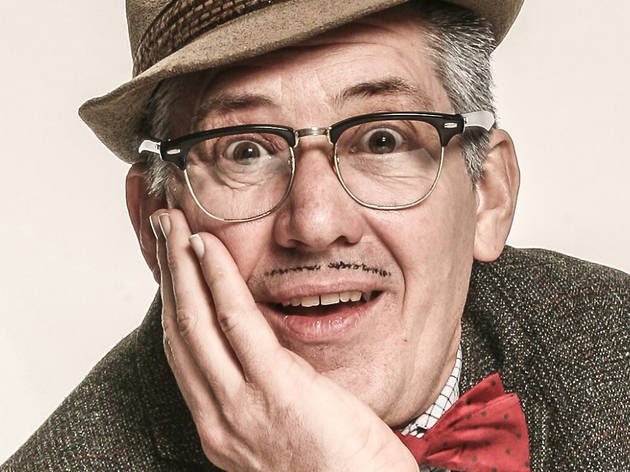 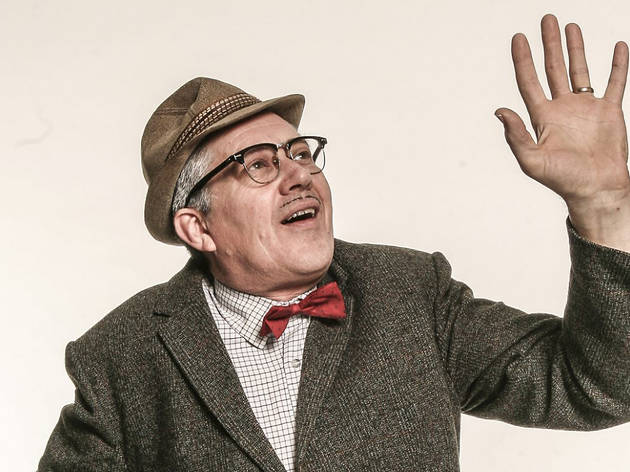 Raconteur, master of misunderstanding, mangler of words and trilby hat wearer, Count Arthur Strong has long been a firm favourite on Radio 4 and at the Edinburgh Fringe. Now, BBC Two has realised that the aging Doncaster variety star character would make an unlikely hero in our urban metropolis.

As his new London-set television show – which is co-written by ‘Father Ted’ creator Graham Linehan, and has already been re-commissioned – attracts delight and confusion in equal measure, I met with Strong’s creator Steve Delaney to ask us how the Count came to be the way he is.

Arthur’s from up north, but the sitcom – mainly set in a caff – is very London.
‘I like the notion that he’s a fish out of water. I mean, he’d be a fish out of water in Doncaster, but the show's cosmopolitan feel is absolutely intentional. The fact that anyone can come from anywhere and participate was something that we [Delaney and Graham Linehan] both agreed on. I like that notion. “Cheers” was a show we talked about; the café was the “Cheers” bar. I lived next door to a café like that in Brixton for about six years, which was run by a Turkish guy and his wife, his other wife and his English wife who was half-Italian. It was a really interesting café.’

Are you happy working with Graham Linehan?
‘He’s got a great track record. He’s very precise and concise about his aims, and it’s very easy to understand. I trust Graham completely and so do the BBC. In 2008 he said he’d just like to help in any way he could and we started meeting up and chatting and working out an approach – he was hugely behind it. We did do a pilot, which was based on a game show. That was a detour.’

How long did that detour last?
‘Two years.’

The sitcom is pre-watershed…
‘That’s important. When I did a live show I was very surprised that there were a lot of children who loved it. My son is nine and has grown up with it. We’ve got a very early photograph of me dressed as Arthur, he must have been about two, and he was dressed as Superman. Even at that age he didn’t have any problem with Arthur.’

Where did Arthur come from?
‘I always say Arthur’s evolved instinctively. It’s been an organic thing, a bit at a time, over the years, and it’s added up to something I’m very sure about, and I’d hate not to be quite sure about him.’

Do you think of Arthur as a sexual person?
‘I have to say he sometimes gets very flirtatious around a certain type of woman. That was one of the good things that came out of the game show. There was one contestant who, when he was around, he couldn’t tell why he was getting so flirtatious but he just was. For whatever reason it amused me because he didn’t know why he did it.’

Is Arthur just daft or is he a Doncaster Don Quixote?
‘It’s mostly selective with him. Someone who claims to be deaf can sometimes hear what they need to hear.’

So was your Leeds childhood a goldmine for material?
‘It was just a cobbled back street really. Rows and rows of terraced houses and cobble streets. But absolutely, all those characters. I was a kid and I didn’t realise at the time that my mother was a bit agoraphobic. She used to work at home for tailors. They’d bring a dozen jackets and she’d sew the sleeve linings and the collars and cuffs, she worked till really late at night, they were always dumping stuff on her. The first thing I’d have to do when I came home from school was go and do the shopping – which I really resented. Just the conversations with the shopkeepers – they were some great characters, just very funny people.’

It wasn’t all jolly in Leeds at that time, the Ripper murders were happening…
‘They were going on. I remember hitchhiking once, getting a lift back from a lorry driver and he was quite a distinctive-looking bloke. I’ve often wondered…’