My Account My Profile Sign out
My Account
Search
Worldwide Europe United Kingdom England London Sean Lock interview: ‘After you've had a bath, your appetite for a piss-up disappears’ 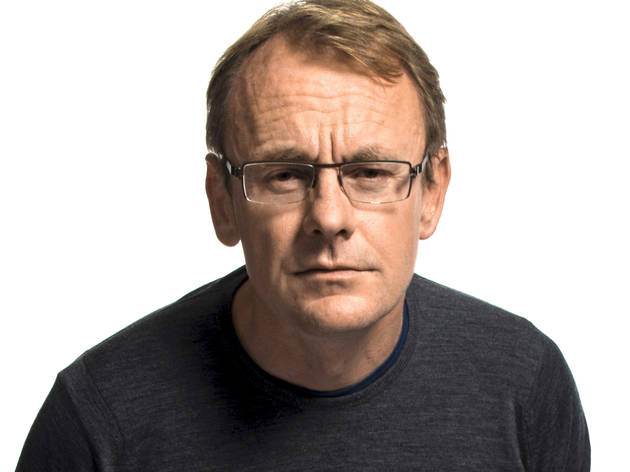 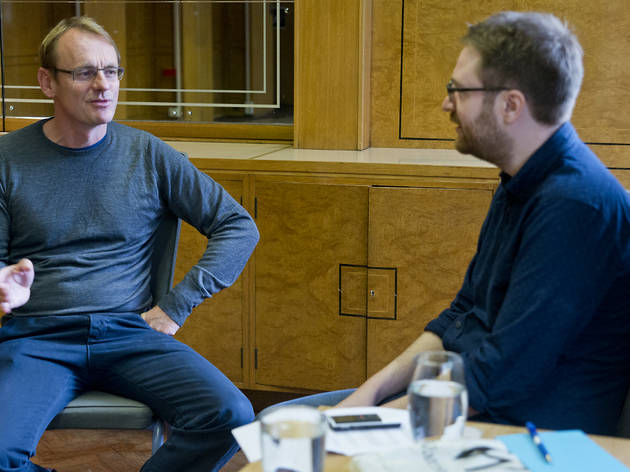 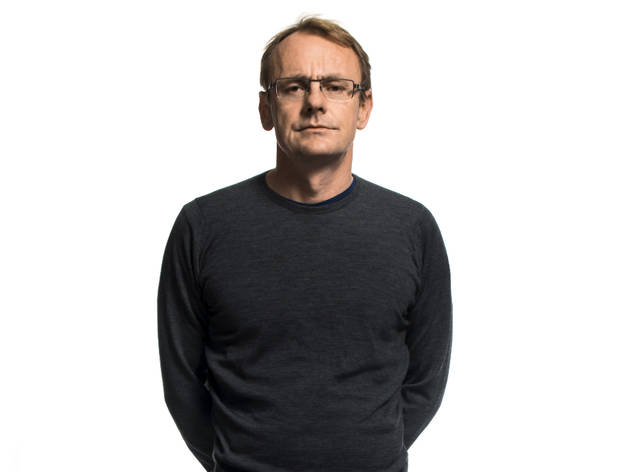 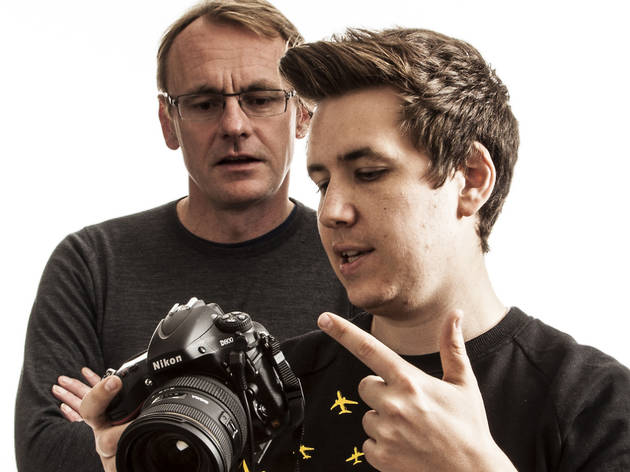 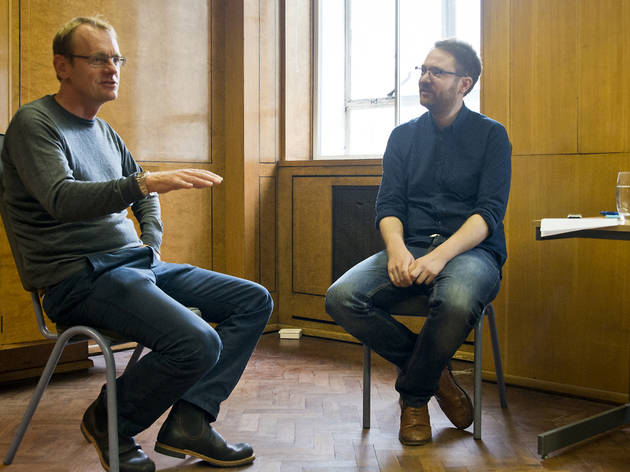 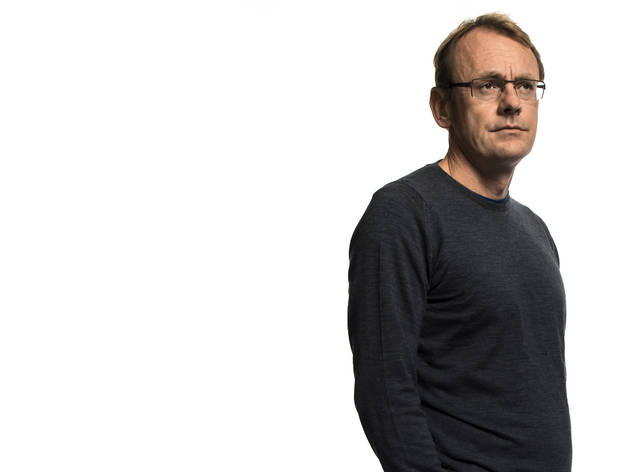 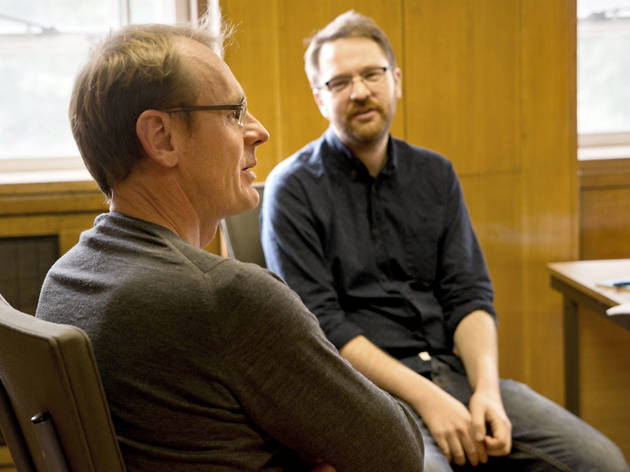 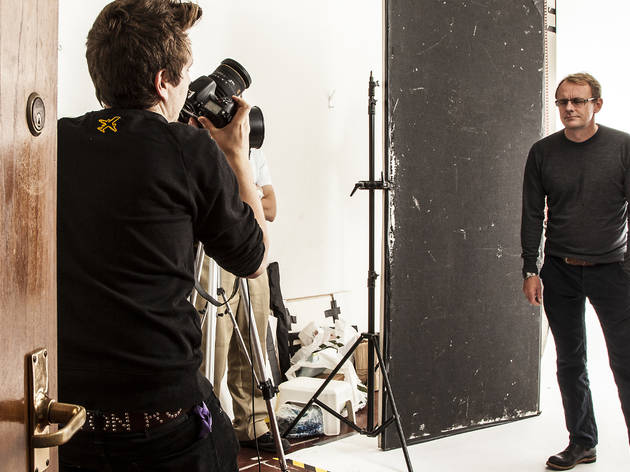 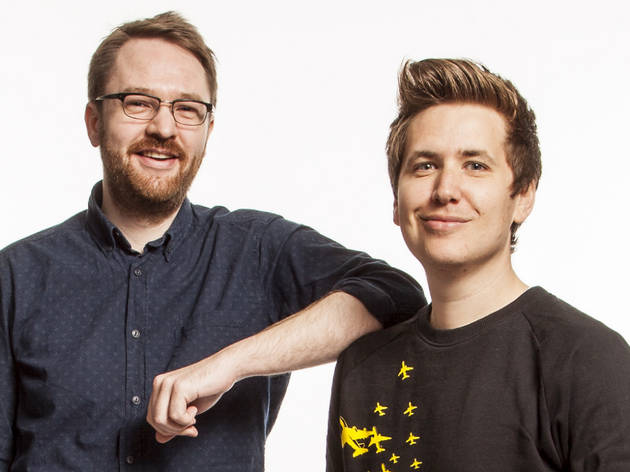 ‘You’ll find that most people aren’t interested in comedy,’ says a stony-faced Sean Lock. Gulp. Maybe this writing-about-comedy lark is tougher than it looks. I stutter back something incoherent, at which point a smile breaks across his face. I’ve been duped. Phew.

A fixture on the UK comedy scene for more than 20 years, the Woking-born stand-up is one of the country’s most original comic minds. His unique absurdist humour has given birth to cult sitcom ‘15 Storeys High’ and lit up panel shows including ‘QI’ and ‘8 Out of 10 Cats’. I’m a big fan. Therefore it’s a little weird when, pre-chat, he tells me he’s off to the toilet to check his nasal hair, ‘You know, for the photo shoot.’ So this is showbiz…

Later, in a cavernous room at the Time Out offices, we sit down to discuss his current stand-up tour, the vagaries of TV scheduling, a ‘QI’ five-year plan and the healing powers of a deep bath. Oh, and the bizarre contents of Jon Richardson’s loft.

Tell me about your new show, ‘Purple Van Man’?
‘Well, it’s just a light joke on “white van man”; the idea that anyone who does a manual job thinks exactly the same as all the other blokes who use drills throughout the course of the day. It’s absurd. I thought: Well, if someone was to gather up my opinions and scrutinise them, they’d probably think I drive a purple van.’

You’re into the second leg of the tour. Do you still find it hard to come down after a good gig?
‘Yeah, that’s the most difficult thing about being on tour. You can feel slightly bereft after a gig. You’ve unleashed this part of yourself, the bit that really wants you to connect with people and go wild. You have to put that to bed for a while, otherwise you carry on drinking when everyone else has gone home: it’s just you in a hotel somewhere going, “Oh Christ, I’ve done it again, it’s four o’clock in the morning, I’m trying to make friends with the mini bar, I’ve got my arm round it, singing ‘Danny Boy’.” So what I do now is go back to the hotel and have a bath. After you’ve had a bath it’s remarkable how your appetite for a piss-up disappears.’

‘15 Storeys High’ was cancelled after two series. Were you upset by that?
‘“Not recommissioned” sounds better. “Cancelled” sounds like they chopped it up with some scissors! They never repeat it, which I just find staggering. I hate moaning comics, but I do find it very frustrating when I switch on BBC Four or BBC Two to find they’re repeating some piece of crap sitcom. I think: Why don’t they show mine? Not because I’d make any money, it would just be nice for it to be shown. I think I must have spilt a drink somewhere once at a BBC party. Or called someone a cunt. That’s more likely. I was drunk and called someone a cunt.’

And your Channel 4 panel show, ‘TV Heaven, Telly Hell’…
‘That got cancelled! You’re not going to bring that up are you!?’

Sorry, ‘decommissioned’.
‘Actually, you don’t say “cancelled” or “decommissioned”, you say: “We felt we had gone as far as we could with the project, and we wanted to explore new areas.”’

Am I on dangerous ground here? Are you going to storm out?
‘No, no, that’s just the media speak you get. “We feel this project has gone as far as it could, everyone’s enjoyed the ride, and it’s time to create a new vehicle.” That kind of thing.’

You no longer appear on ‘QI’. Why did you stop doing the show?
‘Well, I realised that it’s repeated so much, I don’t need to do it again. It’s sort of an experiment I’m engaged in: it will take five years before anyone notices I don’t do it anymore, because it’s repeated so often. It’s done its job for me. People see it, I’m on television a lot, it helps keep my profile, helps sell tickets when I’m on tour. I don’t need to go back and do it.

'I might go back and do it in the future. I like the people, but I still think they’re taking the piss. There are kids in Indonesia making footballs on a better hourly rate than me – that’s how often it’s repeated and sold all over the world. I’m not asking for any sympathy!’

How about ‘8 Out of 10 Cats’. Have you enjoyed making the ‘Countdown’ mash-up specials?
‘It’s a bit odd because normally you go on “Countdown”, you lose, and you’re never seen again. Whereas I go on “Countdown”, I lose, and I’m back again, to get whupped over and over. Because Jon [Richardson, his opposite number on the show] is like a freak. He always gets the same as Dictionary Corner and they’ve got a fucking computer! He plays with his mum; he’s got a “Countdown” clock in his loft. He does! Seriously!’

You’re bringing ‘Purple Van Man’ to London to record your DVD. How has the tour been so far?
‘Touring can be quite a dull life. I’m sure you could spice it up a bit, stop at a pencil museum or something. But I’ve been touring a long time now, and I know that doesn’t really work, you just want to get to the gig and do the show. And it usually goes very very well. Very very very very very very very well [laughs]. I’m the master at publicity.’

Michael Curle, 33, from Wandsworth, is a web editor and 'man of no account'. @touchlinebro Archway's Matt Crockett, 29, is a designer and photographer. They were selected to interview and photograph Sean Lock as part of the Time Out Takeover – a special edition of the magazine written entirely by our readers.