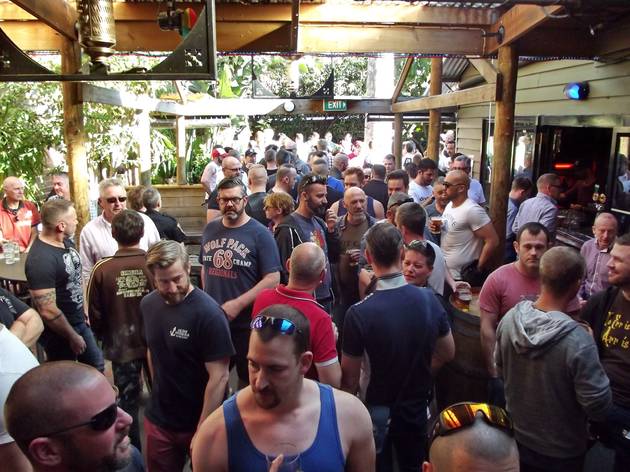 The best gay bars in Melbourne

You would think what with the fanfare surrounding Sydney's annual Mardi Gras festival that the harbour city was the clear ringleader of Australia's gay scene, but Melbourne certainly gives its sibling some decent rivalry. After you're all partied out (for tonight), tick off our five ways to show your pride in Melbourne, or up your 'extra-curricular' game by visiting our top five sex shops. 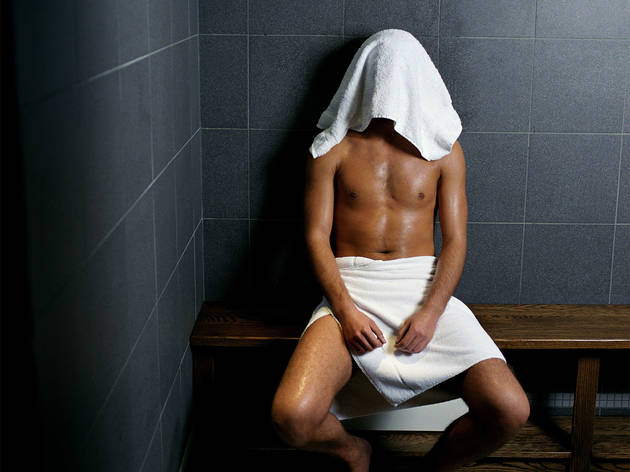 Sex on premises venues in Melbourne

Guys, looking to get some action without navigating Grindr? You can always go to an SOPV. Here are Melbourne’s top five gay saunas and cruise lounges – remember to play safe. While you're at it, check out our list of top gay bars and pick-up bars. 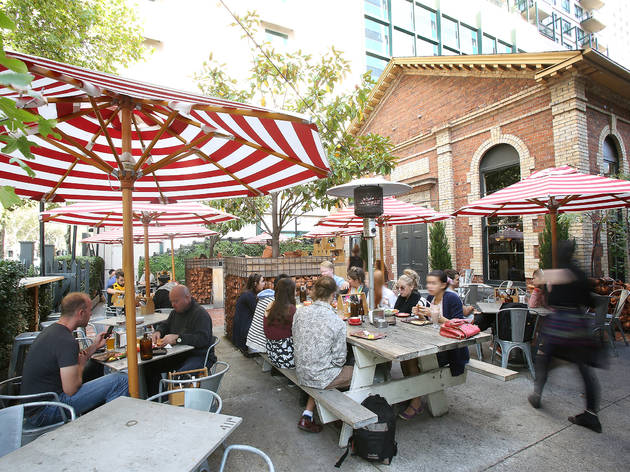 Summer’s the perfect time for birds of a feather to preen themselves, particularly if you're already out and about getting your Midsumma fix. We've found four outdoor bars for al fresco drinking and perving. Looking to push on? Check out the best gay bars and karaoke spots in Melbourne. 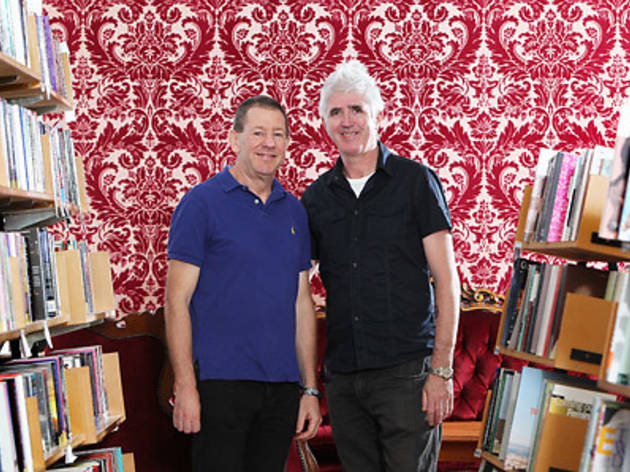 Having been in operation for over 20 years, you’d expect Hares & Hyenas to be a well-oiled machine… but this humble-looking bookshop is more like a super power-packing transformer. Bookshelves stuffed with fiction, biographies, humour, photography, erotica, religion, gender, coming out, fanzines, health and educational tomes can be wheeled away so that the room is adapted into a venue with theatre seating, a stage, and a lighting and sound system. Whatever mode it’s in, there’s a fully licensed bar and café, and an exhibition lining the walls at all times. Hares & Hyenas is the project of Rowland Thomson and Crusader Hillis, who met at Melbourne University in 1975 and became partners a few years later. In the 1980s, Hillis owned an art-house video shop in Elwood, while Thomson co-owned Dizzy Spinners on Brunswick Street – an early incarnation of the current Polyester Records. In 1991 they joined forces to open Hares & Hyenas, which moved all over Melbourne before settling in Johnston Street’s Spanish quarter, where they’ve been made to feel welcome. “The changes in 20 years are fairly staggering,” notes Thomson. “People only used to come in wearing sunglasses.” It’s now become a hub for not only the queer community, but anyone interested in socialising in a literary setting. Hares & Hyenas plays host to two book groups, a stitch’n’bitch, ButchFemmeTrans, Rainbow Girls and Rainbow Guys, to name but a few regular meet-ups, and has put on 350 spoken word events. “We also did 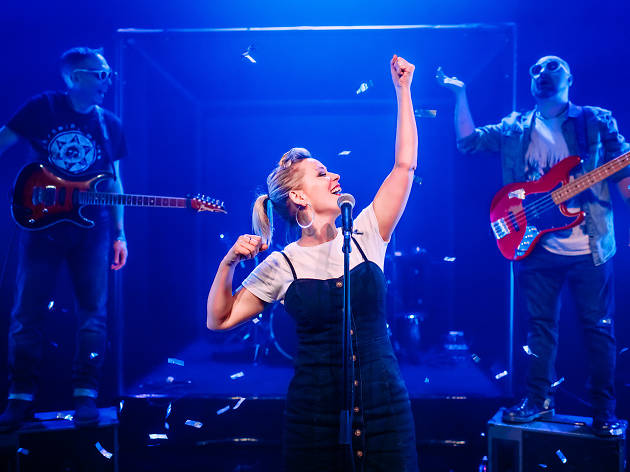 Melbourne International Arts Festival is back again in 2019, with a stellar line-up of shows, exhibitions and gigs between October 2 to 20. If you’re a festival first-timer the stacked list of performances can be daunting – and even long-time festival fans appreciate a hot tip. The list of theatre shows coming to the city is particularly strong, with everything from rock‘n’roll biographies to a hilarious mother-versus-son verbal sparring match getting a run. Here are four shows to put on your Melbourne International Arts Festival bucket list in 2019. 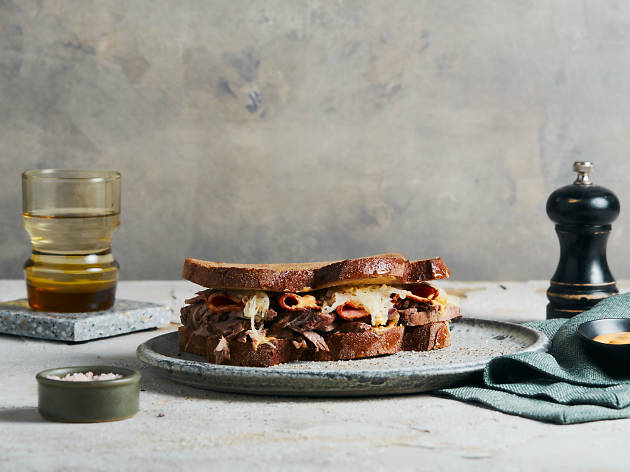 As any lunch fan will attest, making a good sandwich is an art unto itself. Only amateurs haphazardly slap a filling between some bread and call it lunch – sandwich artists, like those at Sandwich Chefs, take your midday sambos seriously by combining only the most delicious artisanal bread, cheeses and perfectly roasted meats. Sandwich Chefs have been slicing, spreading and assembling their magnificent sandwiches for more than 30 years, delighting diners with their deli-style sangers. After all that time, the titular chefs have learnt a thing or two about making sandwiches and are launching a brand new menu that showcases sandwiches from around the world.  The tasty new range includes American sandwich favourites like the Cheesesteak, Cubano and New York’s favourite lunchtime treat, the Reuben (featuring 14-hour slow-roasted beef plus pastrami, sauerkraut, Swiss cheese and Thousand Island Dressing). Love chicken? Try the Schnitzel Club (it comes with Australia’s favourite brunch item, smashed avo) or try Sandwich Chef’s gourmet bánh mì.  Traditionalists will want to get around the 14-hour slow-roasted pork or beef rolls (served with apple sauce and/or gravy) or if you can’t decide you can always opt for a make-your-own sandwich. Plus to celebrate the shiny new range of sangas, Sandwich Chefs are giving away a trip to New York alongside lots of instant win prizes when you spend $9.90 or more in store.To find out more, visit the Sandwich Chefs website. 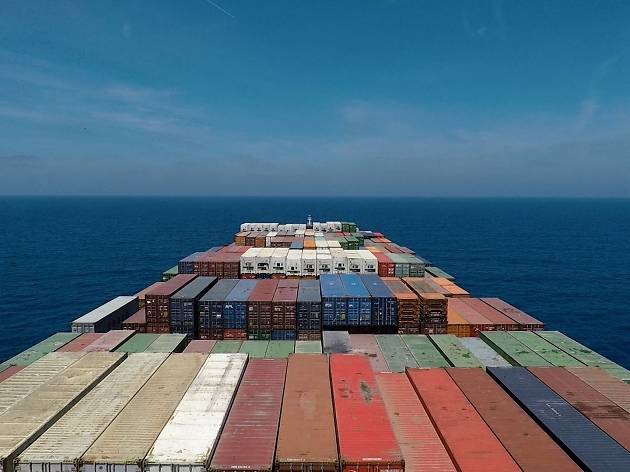 IKEA caused a bit of a stir in marketing circles a couple of years ago with its series of deliberately boring YouTube commercials. These included a teenager doing the dishes for five minutes, a couple on a couch kissing in front of a TV for eight, and some young people arm wrestling for six. The ads played in front of YouTube content and many people skipped them, but they also garnered a cult following of joyfully disbelieving fans. The ads were inspired by the Scandinavian trend of ‘Slow TV’ in which almost nothing happens – designed as an antidote to our over-stimulated lives (some cool examples of Slow TV screened on SBS last summer). Now, IKEA is using the phenomenon as a way of promoting their new 2020 catalogue. They have launched an Australian Slow TV channel live streaming the 14-day (336-hour) journey of its products in shipping containers on board a ship to Australia. The channel, which in perfect Nordic understatement IKEA says  “does not aim to excite”, is narrated by Kent and Sara Eriksson, narrators of the original IKEA Sleep Podcast. The Swedes are reading from the new IKEA catalogue with the sound of waves gently crashing against the ship’s stern in the background. Sounds a bit – well, dull, right? And that’s exactly the point. IKEA say they want to help Australians get a good night’s sleep, and watching this YouTube channel may indeed have that exact effect. And if you’re inspired to go buy a new IKEA bed to do it on, well that’s entirely up to you. The c 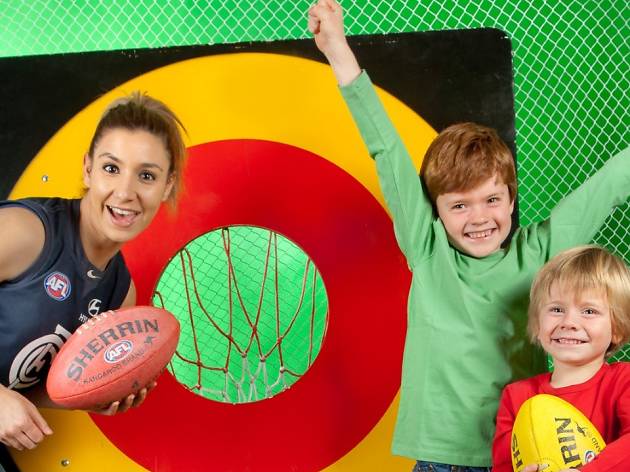 Parents and carers know the feeling of dread that comes around with school holidays, when the days are long, the kids are restless and it’s pouring rain outside. But there’s always a range of all-ages fun on tap at Century City Walk, Glen Waverley’s centre for dining, movies and entertainment. Here are five ways the centre can be a saviour to parents over the spring vacation. Photograph: Supplied 1. Get sporty in the Active Sports Zone  Century City Walk has reactivated its popular Active Sports Zone for the first week of the holidays, offering free sports and games for the whole family. The Footy Handball Competition will test your ability to throw a ball at a target. The Soccer Skills Circuit will help hone those talents needed for future Matildas and Socceroos, and Agility Ladders will put coordination to the test. There’s no age or skill level requirements and there are giveaways and medals for every participant, all set up in a supervised, dedicated zone in the centre atrium (children to be supervised by parents or guardians at all times). Centre Atrium, Century City Walk. Mon-Fri noon-4pm. Sep 23-27 (Friday Grand Final Public Holiday included). Photograph: Supplied 2. Make something multicultural  During week two, free art and craft activities from around the world will have little ones absorbed in making such craft items as origami animals, Chinese lanterns, dragon masks and Mexican maracas. Inspired by Glen Waverley’s culturally diverse population, the craft act