Overseas jaunts and interstate sojourns can be great (when we can do them!) but there's nothing quite like a romantic mini-break to recharge your batteries.

We've travelled across regional Victoria to find beautiful, secluded spots where you and your significant other (or others) can relax, unwind and spend some quality time together. They are all within an easy drive of Melbourne, so make a romantic playlist, fuel up the car and book a romantic weekend away.

If you're looking for a more outdoorsy holiday, check out these national parks within driving distance of Melbourne. And if it's a foodie holiday you're after, may we suggest East Gippsland? 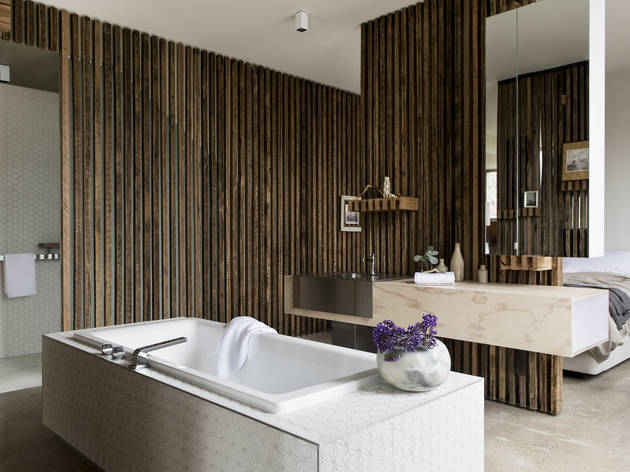 Best for: Those who are comfortable bathing in front of each other

Drift House does an exemplary job of blending design influences with a high level of personal service. Located in the blink-and-you’ll-skip-it town of Port Fairy, a few kilometres past Warrnambool on the Great Ocean Road, Drift House is the perfect place to rest your head in this lush seaside town. Situated only a short walk from the town centre, Drift House encompasses four boutique suites, each blending historical aesthetics and modern amenities with the kind of style and class you’d find at some of Melbourne’s best five-star hotels. 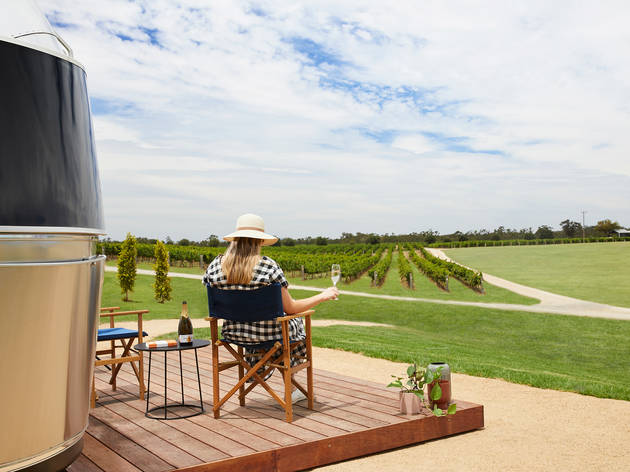 The beautiful Mitchelton Winery estate boasts a cellar door and primo wine varietals, but also a swish hotel, restaurant and art gallery. The winery has been around since the late '60s, having developed a reputation for its riesling and shiraz varietals and picking up a few dozen awards over the years. All that drink can make you pretty snoozy, so we’d suggest booking an overnight stay at the adjoining Mitchelton hotel. It has 55 beautiful guest rooms to book, each stylish, comfortable and cosy. It’ll feel like you’ve stepped into the pages of a design book with luxurious linens, premium bathroom products and even a picture-perfect outdoor pool to lounge in. And yes, Mitchelton’s mini bar is complimentary (everything except the booze) which is quite the boon to visitors. Guests also have the option of staying in Mitchelton’s airstream cabins which were installed in early 2021. 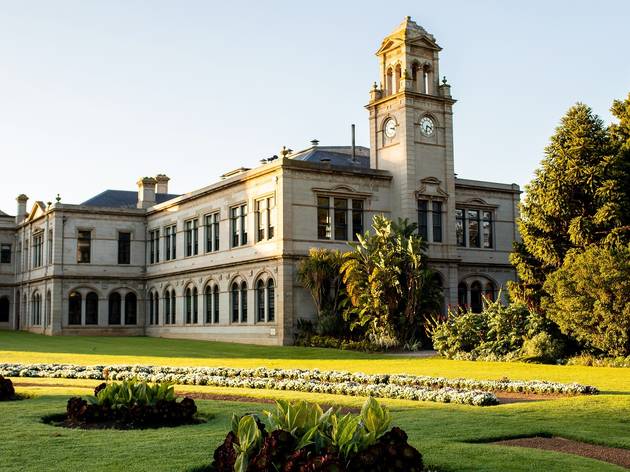 Best for: Those who want to pretend they are 19th-century noble people

Just 30 minutes from Melbourne, Lancemore Mansion Hotel in Werribee feels like another world – and another time.  The wealthy Chirnside family built the 60-room Italianate mansion in 1877, and at one point there were 55 staff to look after five family members. You can pretend you are one of the pampered Chirnsides yourself if you stay at the attached hotel, which was opened in 2000 after the mansion was lovingly restored. There are plenty of luxurious touches, such as Malin + Goetz bath products, flat-screen smart TVs, fluffy bathrobes and even a pillow menu. You'd be tempted to spend all your time in your room, given the comfortable surroundings, but then you'd miss out on the pampering that is to be had at the mansion's spa. A variety of facials, body treatments and massages are offered, along with manicures and pedicures. 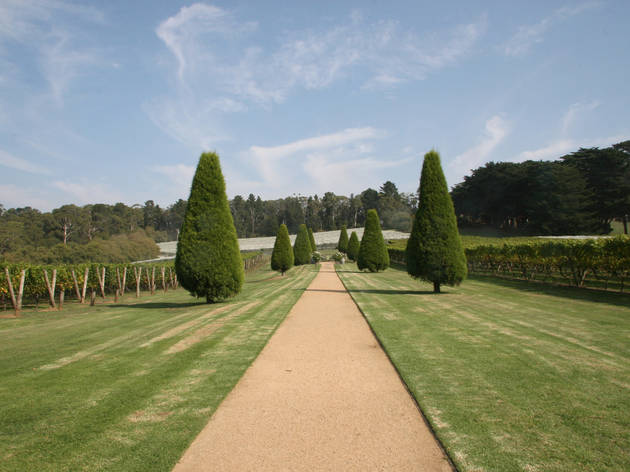 Best for: Those who can't afford a trip to Europe

The grounds at Lindenderry are so picturesque you half expect Bambi to be frolicking on the grass. Inside the hotel, it feels like one big, glam country house: there’s all of the space and elegance with none of the kitsch. The hotel, as it currently stands, has only been in operation since January 2018 after undergoing a multimillion-dollar refurbishment. Dotted throughout the hotel’s winding corridors are semi-secluded nooks stuffed with plush lounges and often an open fire – perfect for some reading, no? You’ll find more of those crackling open fireplaces inside the rooms, which are appropriately luxe. For the service and amenities experienced at the hotel, you can get a room at a fair nightly rate – but this sort of boutique accommodation is really best experienced by going all out. Book yourself a balcony suite, where you can stretch out on the ample bed, in an armchair by the fire or with a glass of the estate’s wine on your balcony while pretending you’re lord or lady of the manor. 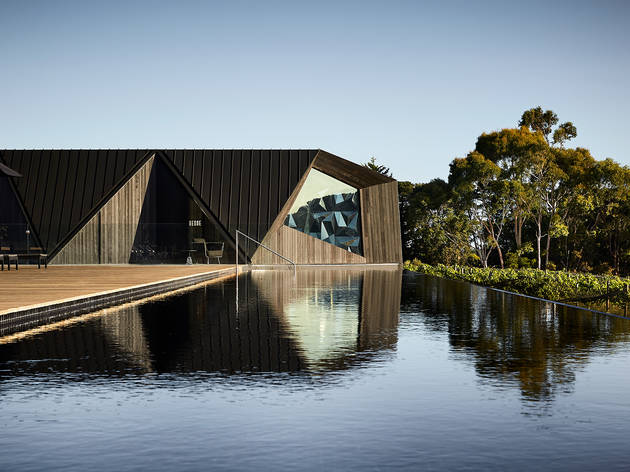 Best for: Those who want to go all out

This cutting-edge, ultra-luxe hotel is what you might expect to find in New York's uber-hip Meatpacking District, not set among rolling hills and gently swaying vines of the Mornington Peninsula. Jackalope Hotel opened in 2017 and quickly racked up the accolades, being named Hotel of the Year by Gourmet Traveller magazine in its very first year. It's boutique, with only 45 rooms, which is small enough to make every guest feel special and appreciated. The staff are very attentive, showing you to your room and familiarising you with all the whiz-bang accoutrements and luxurious touches therein. Everything in the minibar is included in your stay (with the exception of the wine), movies are free on-demand, and an iPad is loaded with information about the hotel, a room-service menu, local points of interest and news websites. Many rooms have as their centrepiece a deep, black stone bath, which staff will draw for you on request (it takes about half an hour to get it to the right level). The hotel's amenities are pretty spectacular, too, with a seven-metre infinity pool and spa overlooking the vines and numerous function spaces. 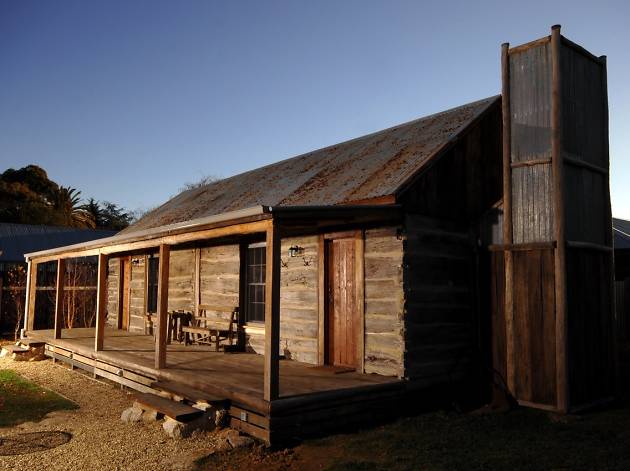 The timber cabin (from, yes, 1860) is down a laneway just off the main drag in historic Beechworth. It's surrounded by a lovely garden and gum trees, and it's just the place for peace and quiet. The outside looks very rustic, with a wraparound timber verandah and sloped roof. That doesn't mean it's a dark, windswept cabin, though, as it would have been in 1860. No expense has been spared to turn the cabin into a gorgeous retreat, complete with modern comforts and beautiful period styling. There's an espresso machine, comfy king-sized bed, deep bath, fluffy robes and everything you need to make a hearty breakfast. The furniture is reclaimed and remade from artefacts of the time – a giant bellows forms the coffee table, and an antique cupboard holds the TV and DVD player. The cabin sleeps just two people, and it is the perfect romantic retreat for you and a special someone. 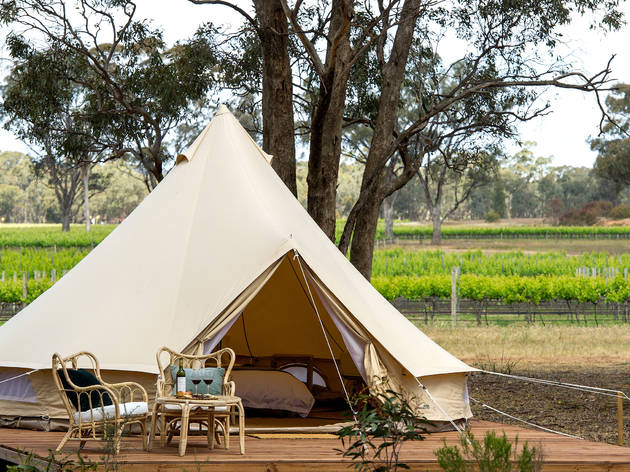 Best for: Those who like to pretend they're roughing it

Balgownie Estate is recognised as one of Australia's premium vineyards, with a number of accommodation options available for those looking for a weekend away in the vines. The Homestead includes seven luxe suites to stay in, which are both contemporary and stylish. Outside there are 15 permanent glamping tents to try as well, which have you planted right at the edge of the vineyard. These are not your standard Aussie Disposals numbers – think queen-sized bed with linen, air conditioning, minibar fridge and lighting. 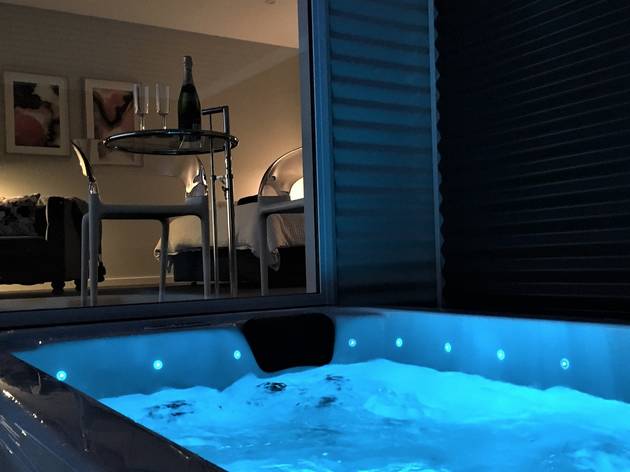 Best for: The eco-conscious

The Nest isn’t big. At the time of writing it consisted of just three self-contained pods, though plans are already underway to build more. But while there aren’t a lot of units, the units themselves are spacious, modern and extremely eco-friendly. The pods are made out of recycled materials, use filtered rainwater and are powered by solar during the day. But don’t be fooled into thinking the Nest is the kind of place where the sheets are hemp and the mini-bar snacks all vegan (they are all complimentary with your room, though). It might sound strange, but staying at the Nest really does feel like staying in a nest, albeit one with plush carpeting, spa and an oh-so-comfortable king bed. Ditch your bags as soon as you get in and dunk yourself in the outdoor spa. Sunk into the back porch, it’s the perfect spot to relax with a glass of bubbles while watching the sunset – or the friendly family of cows next door. Shy? Each pod at the Nest is designed to be private, with guests staying the adjacent pods unable to peep next door. So unless the aforementioned cows make you bashful, you really are in your own little world. 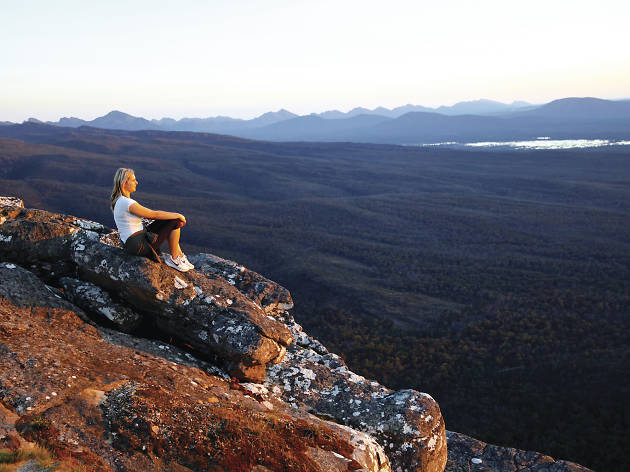