Labor Day is the last hurrah of summer, so make it count!

New York City has some incredible beaches you can visit during your three-day weekend, as well as some stunning outdoor restaurants to eat at. And if you're feeling the need for one last getaway from the city before fall begins, take a look at our excellent list of day trips from NYC.

Things are a bit different this year, but you can still make this a Labor Day weekend worth remembering!

When is Labor Day?

What is Labor Day?

Labor Day is an annual workers’ holiday on the first Monday in September. The first Labor Day was organized by the Central Labor Union of New York in 1882. 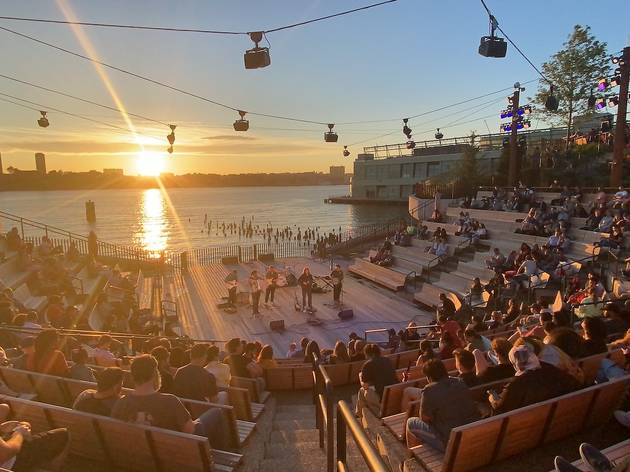 The best things to do in NYC this weekend

Looking for the best things to do in NYC this Labor Day weekend? 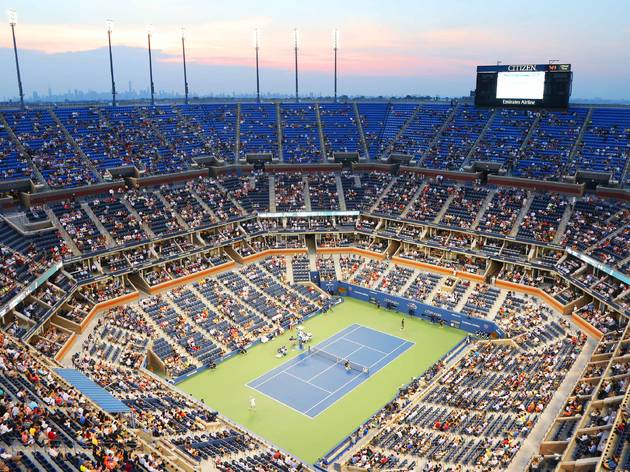 Everything you need to know about this year's U.S. Open

The New York sporting event signifying summer's end is upon us: The U.S. Open. The annual tennis tournament gathers tennis stars from across the world to compete in a two-week championship, wrapping up on Sunday, September 12. The matches have already started, but it's not too late to attend the day-long events at Billie Jean King National Tennis Center in Flushing.   RELATED: The U.S. Open in New York 2021 Guide Take public transit  The 7 train pulls up directly to Mets-Willets Point, which is right across from the tennis center. If you prefer a rideshare, expect to wait a long time to get home (and even to enter the drop-off center once you've arrived) and pay much higher than average prices. You're in an outer borough too, so unfortunately yellow and green taxis are few and far between.  There are several types of tickets The U.S. Open takes over a full campus, with two big stadiums: Arthur Ashe Stadium and Louis Armstrong Stadium. Tickets with assigned seats are sold for the day or night games, which assign you a seat and allow access to the grandstands, plus field courts where you can watch big and up-and-coming tennis stars play. The most budget-friendly option is usually to purchase grounds admission, which gets you through the gates, access to all the ground-level courts, and first-come, first-serve entry to Louis Armstrong, though you won't have a specific assigned seat.  You'll know who's playing the night before The way the tennis brackets work, you won't know who you'll see play which match until the previous days' matches end. It adds a level of suspense, but if you're trying to see your favorite player in action, consider waiting to buy tickets until day-of.  Proof of vaccination is required Before you pass through security, you'll need to show proof of vaccination to enter the tennis center. Bring your vax card, have a picture ready, or use your Excelsior Pass.  Protect yourself from the sun It's still summer, and Billie Jean King Tennis Center is hot. Like, sun beating down on you until your clothes are soaked in sweat hot. Bring your SPF, visors, sun hats, whatever you need to stay cool for your day of tennis. If you're going to evening matches, prepare to be warm, but without the blazing rays of sunshine.  BYO Water If you're not into buying pricey bottle of Evian everytime you need a drink, consider packing your own water bottle (and freeze it beforehand to keep it cool). Reusable water bottles, 24 oz or smaller in size, in both metal and plastic, are allowed through security.  Laptops aren't allowed inside  While putting up a Zoom background and dialing into meetings during your day of tennis may sound tempting, know that laptops won't make it through security.  Game times are just estimates  While most sporting events start on time and are apt to run over with clock pauses, extra innings, etc., the matches at the U.S. Open can start late, if the previous matches on the court run over.  There's a ton of good food and bev  Going to the U.S. Open for the eats alone wouldn't be a mistake! Several big name chefs and beloved restaurants have pop-ups at the stadium, including Los Tacos No. 1, Fuku, Hill Country BBQ, Korilla and more. An oyster bar with open air seating is also a nice place to relax, or pick a sit down restaurant, like chef Alex Guarnaschelli's Fare, for an upscale meal with A/C. Alcohol is also sold throughout the stadium, and those of age will find it hard to resist Grey Goose's signature Honey Deuce cocktail or the chilled glasses of Kim Crawford rose and sauvignon blanc. 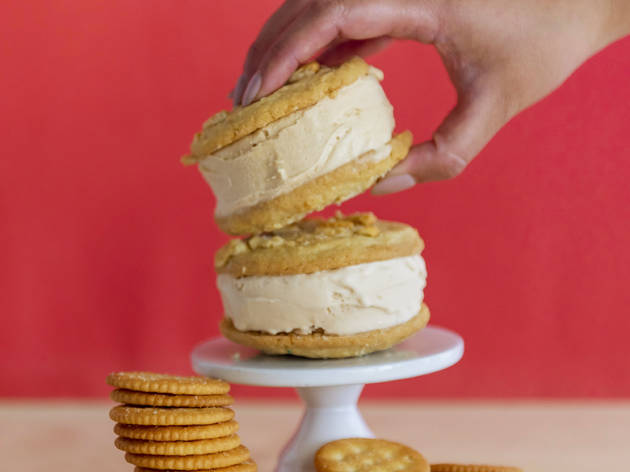 Everyone knows that after Labor Day, which lands on September 6 this year, wearing white, watching a movie under the stars and eating ice cream are all subject to New York City fines. Just kidding, go nuts! To help you keep the party going, you can snag a free Coolhaus frozen treat this Monday.  RECOMMENDED: Labor Day NYC 2021 guide A corporate smashup between the west coast ice cream company and Ritz crackers takes Coolhaus’ peanut butter ice cream and layers it between two Ritz-flavored cookies. They’ll be handing them out at an ice cream truck on the corner of Broadway and East 17th Street on Monday from 12pm to 4pm, or until they run out. But, like those round crackers’ scalloped edges–which most certainly do not effectively slice cheese, JEEZ!—there is a catch.  To collect a free Coolhaus ice cream sandwich, you must first follow Ritz crackers on Instagram. But do not worry, you can always unfollow later, like when certain public figures follow everyone on Twitter for follow-backs and then unfollow to orchestrate their ratio.   Coolhaus is available in stores citywide. 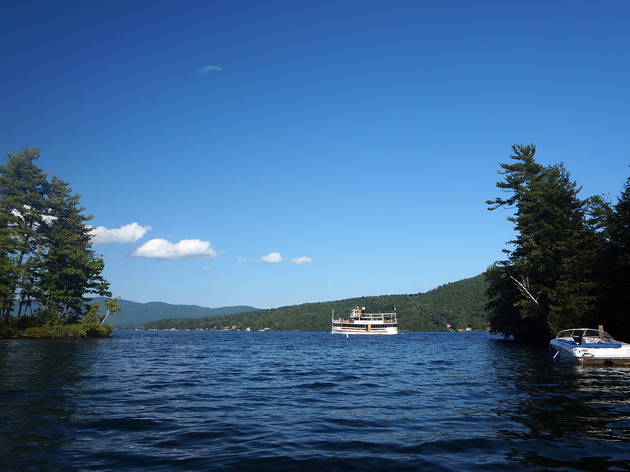 These Labor Day 2021 weekend getaways have everything you could want including beaches, parks and quaint towns to visit. 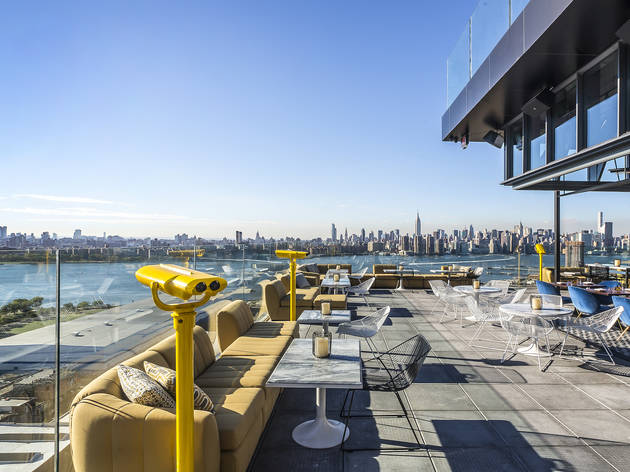 The 13 best waterfront restaurants in NYC

In 2021, views of the Hudson and East River are in more demand than ever before. 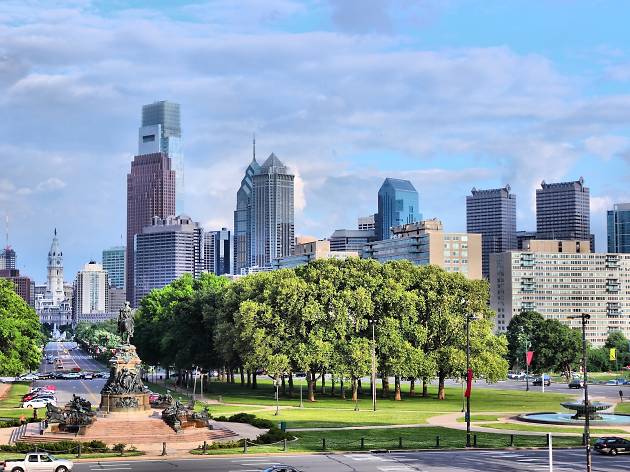 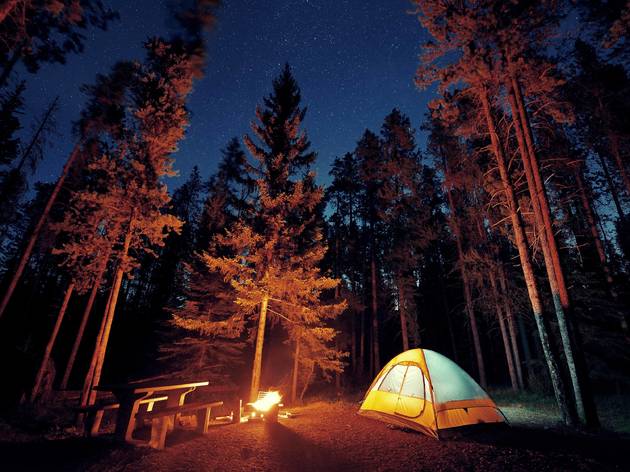 The best places to go camping near NYC

New York has access to everything, even camping grounds. 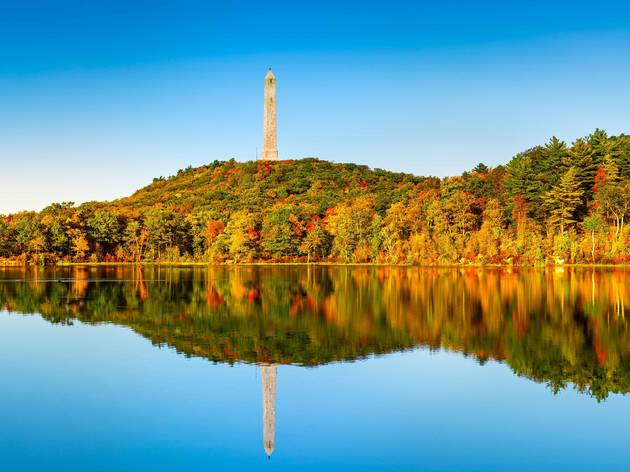 Sometimes you just gotta jump in the car and ride. 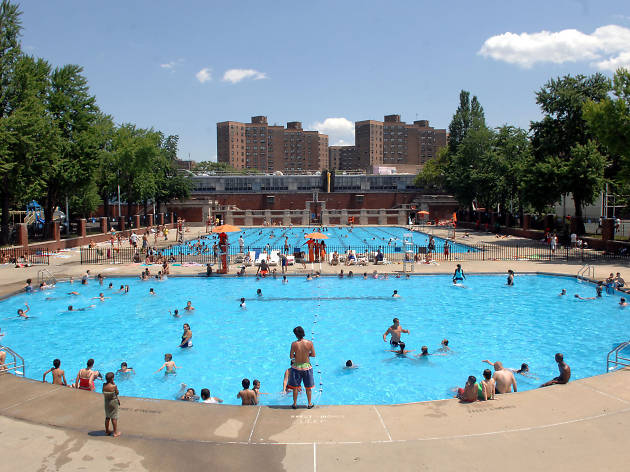 Beat the heat this summer by taking a dip and lounging poolside. 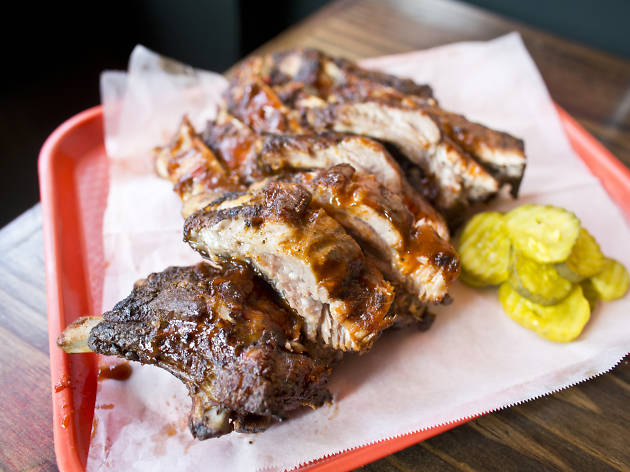 Where to find the very best BBQ in NYC

Tackling a range of regional and global barbecue styles, these joints are carving up everything from smoked brisket to sausages. 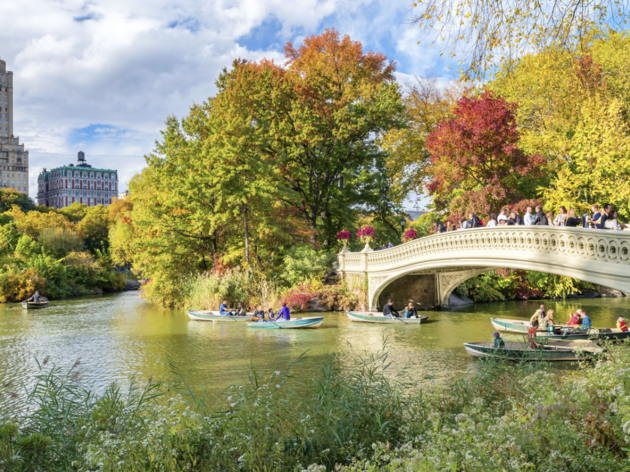 The best parks in NYC

Note: City parks are open, however social distancing is required. Solo exercise is ok, but team sports (such as basketball, football, softball, and soccer) are not permitted. Park amenities such as grilling areas, skate parks and nature centers are closed.  New Yorkers cherish their parks as rare treasures in the concrete jungle. And with 1,700 within five boroughs, we're not playing around. Of course, certain green spaces are more peaceful and verdant than others, but all of the parks listed here offer amazing things to do outside. We’ve compiled a list of our favorites, featuring picturesque views of New York and prime picnic spots. Plus, these New York attractions offer seasonal programming and free activities, some of which include outdoor concerts, movie screenings and food festivals. (For even more cool must-dos in the city check out our list of 101 best things to do.) RECOMMENDED: Full guide to things to do in the spring in NYC 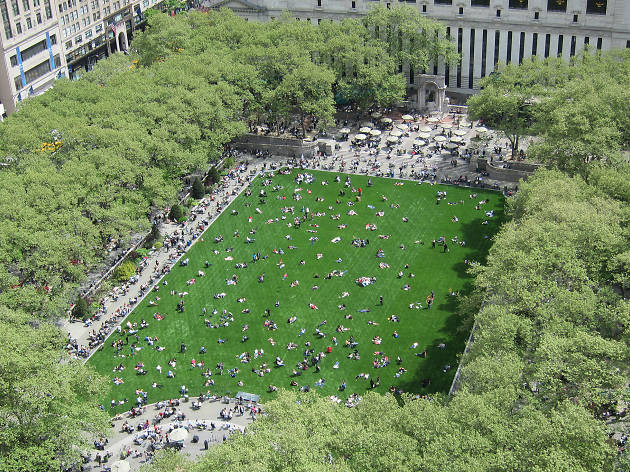 The best picnic spots in NYC

One of the best things to do in summer is pack a picnic basket and partake in some outdoor dining at one of the best picnic spots NYC has to offer. There are plenty of NYC parks at which you can sprawl out and enjoy an alfresco feast. However, we've chosen a few of our favorite grassy refuges from all corners of Gotham, as well as the best places for grabbing snacks nearby, to help you decide the best spot to pick. Note: City parks are open, however social distancing is required. Park amenities such as playgrounds and grilling areas are closed. For take-out, call ahead to see if a restaurant is open.  RECOMMENDED: Full guide to things to do in the summer in NYC 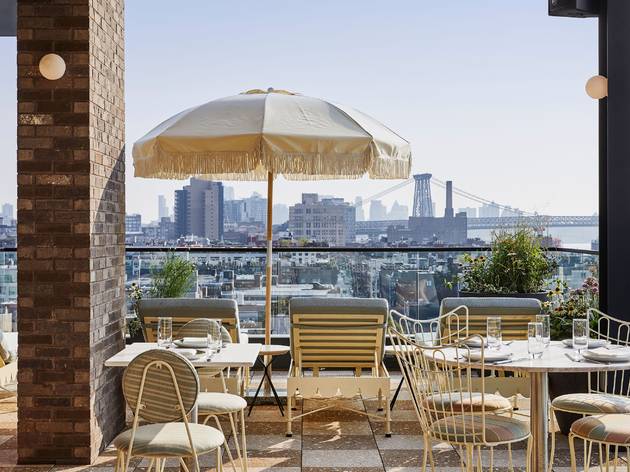 The best rooftop bars in NYC

When it comes to things to do outside with the best views in nyc, rooftop restaurants are where it’s at. Whether you’re looking to grab afterwork drinks with coworkers or a spot for an early-game Tinder date, we know how to make the warm weather remain a breeze. From dive bars in Bushwick to fancy shmancy sky-high nights in Midtown, raise a glass to the best rooftop bars you can find us at all summer long. RECOMMENDED: Full guide to the best bars in NYC Want more? Sign up here to stay in the know. 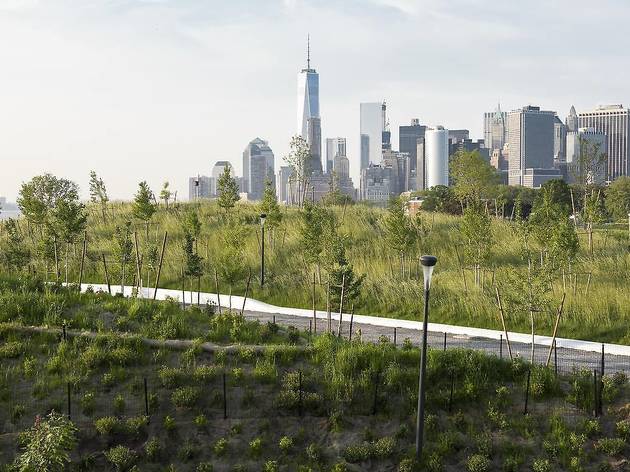 A guide to Governors Island

If you crave an escape from the city that won’t land you in debt, head to the ever-changing urban oasis of Governors Island.