A look back at the madmen, corpses and angry women who made Broadway theater especially pointed in 2018–2019

Broadway, a 150-year-old electrical parade that chugs through the heart of a theme park, aims to entertain, provoke thought and perhaps inspire change among people from all of life’s many walks. But while New Yorkers welcome the seat-filling currency of all the world’s peoples, American conservatives seeking an affirming theatrical experience in the midtown region of this already-great, immigrant-built city have likely had a hard time buying tickets this season.

Yes, it was an especially political 2018–19 season on the Great (cringe) White (cringe) Way! And, surprisingly, the political ideas expressed within an artistic playground owned and operated by coastal-elite snowflakes tended to have a leftward slant! This season’s Broadway shows were eager to handle such currently hot political potatoes as black lives mattering, whether or not women are people, LGBTQ rights, the dangerous power of mentally ill men in decline, what to do in the aftermath of a political coup, and whether artists can save the dying, horrible world.

The injustice toward which the immoral arc of our universe currently bends was charted by several plays addressing the national cancer of racism. To Kill A Mockingbird, adapted by Aaron Sorkin from Harper Lee’s classic Bildungsroman, walk-and-talks us through an essential tale of racist violence in the Depression-era South. (If the plot of this story has not been engraved into your bones since pubescence, you may be part of the problem.)

Another white playwright, Christopher Demos-Brown, examined one of this theme’s present-day manifestations in American Son, the story of the parents of a missing young biracial man who are stonewalled by the police in separate but unequal ways as they try to find out what happened to him. Choir Boy, by Academy Award–winning black asteroid Tarell Alvin McCraney, tripled down and took on racism, homophobia and racist homophobia while providing a career trampoline for the sensational Jeremy Pope in the title role.

A story quilt of American homophobia’s past and infuriating present was embroidered on Broadway early this season. Seminal (sorry) gay plays The Boys in the Band and Torch Song both enjoyed successful revivals, the Go-Go’s jukebox musical Head over Heels featured the first openly transgender woman (the refreshing Peppermint) to originate a major role on Broadway, and it’s not too late to go to The Prom, a very funny musical about a teenage lesbian in Indiana whose high school will not allow her to take her girlfriend to a dance. A troupe of NYC actors invades her heartland home to rescue her, confirming red-state fears that an army of commie pinko bubble queers is coming to “turn” their already-gay children gay. Fear us! 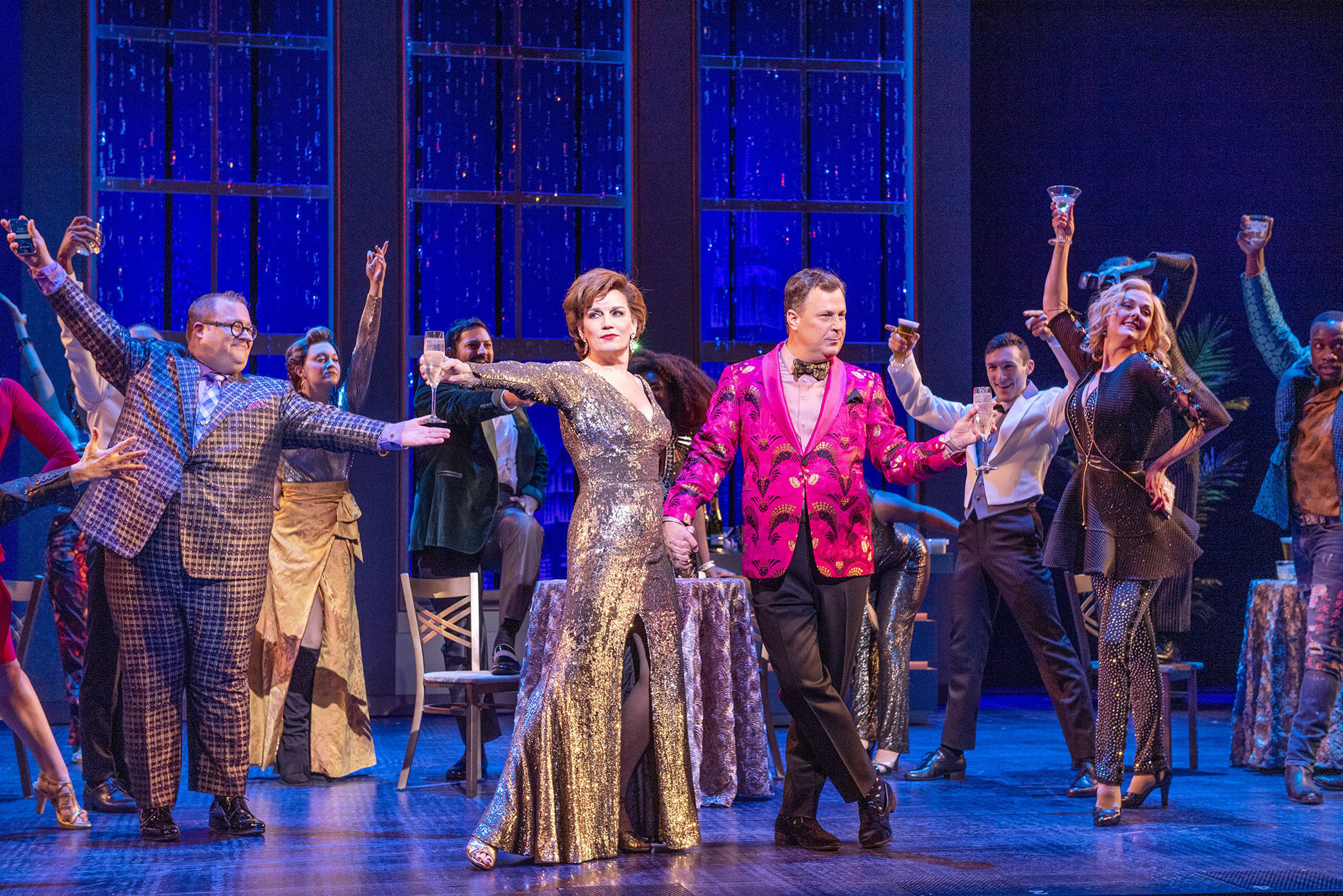 Stritch bless the red-hatted child who unwittingly wanders into the audience of recent MacArthur “genius” grantee Taylor Mac’s Gary: A Sequel to Titus Andronicus, which is the gayest, grossest mess I have ever seen (on Broadway). In it, Nathan Lane and Kristine Nielsen clean up the detritus of a violent coup by literally sucking the blood and feces from a towering pile of corpses. The stage is awash in bodily humors and bodily humor. Julie White is screaming. There are farts and fluids and dicks everywhere. It’s like downstairs at the Eagle on Beer Bust night. (I think Gary is about how artists, specifically queer outsider ones, might shape the political landscape, and its radical queer aesthetic has a political significance of its own. It’s the kind of show you’d expect to see downstairs at HERE on a comp, not for $100 on 45th Street—and to this trapped-below-14th-Street dick-joke busker, that’s exciting.)

There is an unmissable musical currently on Broadway about a beautiful young woman who is forced by structural socioeconomic oppression to sell herself to a soulless white devil in order to survive. No, not Pretty Woman! Go ahead and miss that. (Yes, it’s still running.) I’m talking about Hadestown, a musical adaptation of the tale of Orpheus and Eurydice, which also chronicles a young man’s struggle to make a piece of art so beautiful that it can liberate the oppressed. It may also be about the dangers of capitalism? I really don’t know, as I spent the entire show dementedly fantasizing that the very much vibrantly alive chorus boy Timothy Hughes was not only straight but interested in exploring the sexual topography of a 44-year-old divorcée with the body of an avid reader. I am not proud of this, nor am I ashamed. I am merely a middle-aged woman speaking my truth.

Fortunately, that is a hot trend this season! In What The Constitution Means To Me, 47-year-old Heidi Schreck, in her long-overdue Broadway debut, scrapes the misogynist grime from the grout of our nation’s governing document, flings it at the audience in furious handfuls, and tasks us with deciding where it lands. Through constitutional debate and tales of abuse and inherited trauma in her matriline, Schreck illuminates the sickening fact that, according to the current United States Constitution, women are still not considered full human beings. Because the idea that women should legally be considered people is, in the year of our Stritch 2019, considered a partisan opinion—and, importantly, because it features a 47-year-old woman standing on a Broadway stage speaking unapologetically about her abortion—What The Constitution Means To Me is the most explicitly political play currently on Broadway. It was deservedly a Pulitzer Prize finalist. It is a mistresspiece. 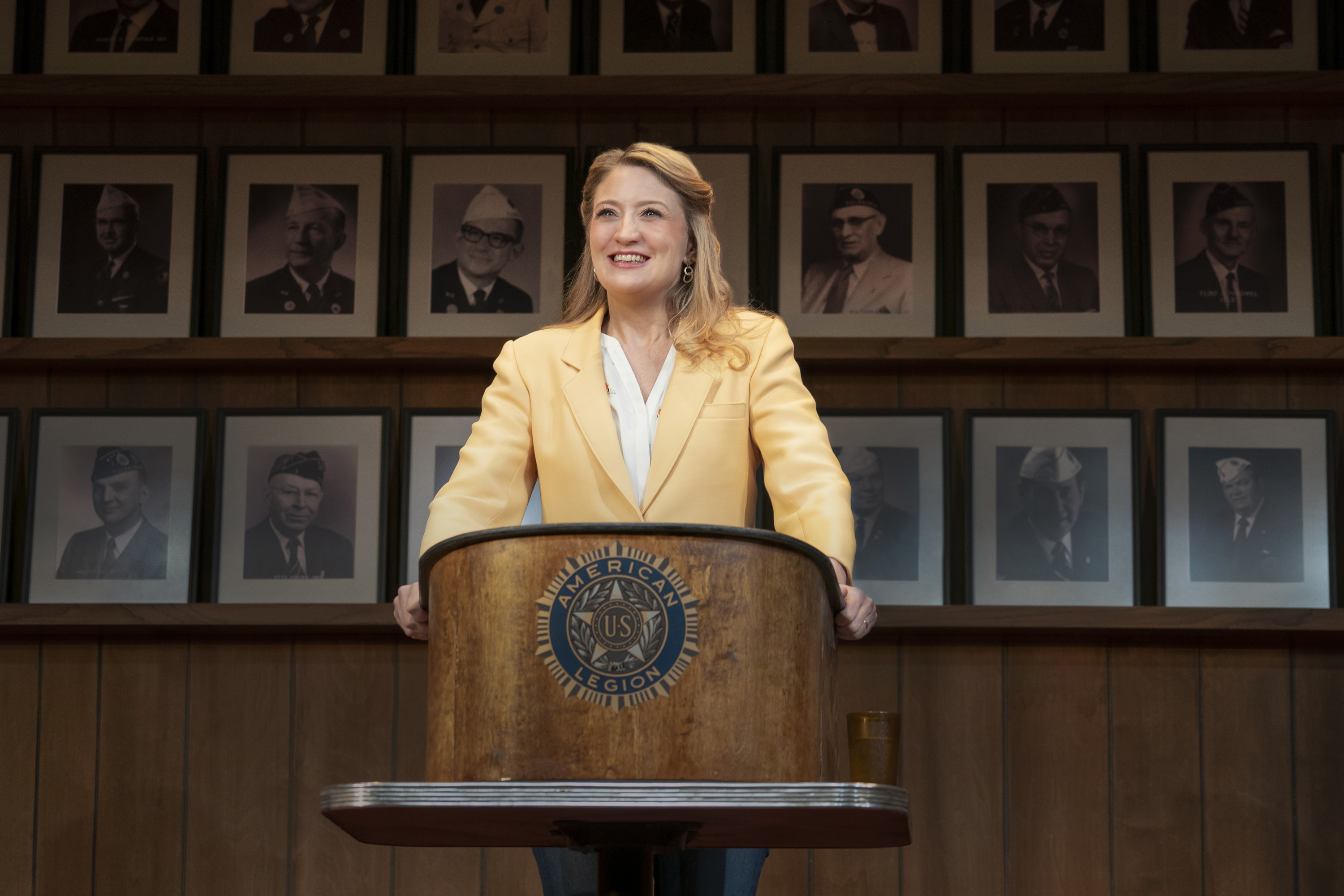 What the Constitution Means to Me
Photograph: Courtesy Joan Marcus

One block and a parallel universe away, Schreck’s fellow middle-aged truth-teller Hillary Clinton—or, a version of Hillary Clinton, matter-of-factly interpreted by the First Female President of Broadway, Laurie Metcalf—is pouring vodka into a Diet Snapple in a hotel room as three men (her campaign manager, her husband and a young hotshot named Barack Obama) take turns mansplaining how she should conduct herself in a parallel-universe 2008 primary. The devastating final line of Hillary and Clinton ties with Schreck’s abortion speech for the most cervix-wrenching feminist statement on Broadway this year. Playwright Lucas Hnath is male, but he appears to be one of those “good guys” I’ve read about. He is elegantly thoughtful, and squarely hits his bad-guy targets. I might actually trust him with a gun!

If he’s in the market for one, he could reach out and pluck a firearm from the walls of Circle in the Square, where they are stacked like Gary’s corpses, providing the audience with a quintessentially American welcome to that quintessentially American musical, Oklahoma! This classic tale of simple American men with simple American desires (fringed surreys, water rights, the wholesale purchase of women) is being held up to the fluorescent light and abruptly plunged into darkness in Daniel Fish's high-concept revival. The plot is stripped of its usual picnic-basket ribbons and bows—Curly is a narcissist, Jud Fry is actually really hot and just needs universal basic income and a Wellbutrin prescription, Laurey is not here for any of this nonsense—revealing the blood at the heart of this most American of stories. Some traditionalists have bristled at this version. If you prefer your tales of women who develop Stockholm syndrome toward their social, sexual and financial oppressors on the glitzier side, may I recommend Pretty Woman? It is still running!

The culpability of the media in trading functioning democracy and civilization itself for ratings is addressed in both Ink, about the ascent of Fox News owner Rupert Murdoch, and Network, about a demented television host who, given unfettered air time, becomes a dangerously powerful cult leader. (Ahem.) Of possible concern: Despite the impassioned pleas of the unhinged Howard Beale, played by a torturously thrilling Bryan Cranston, the audience I was part of mustered only a tepid, exhausted response to his iconic call: “I’m mad as hell, and I’m not going to take it anymore!” But during the video montage of televised presidential inaugurations that closes the show, a clip of Barack Obama garnered raucous cheers and a clip of our current president garnered hisses, primal howls and thundering, seat-rattling boos. The woke, apparently, finally woke. 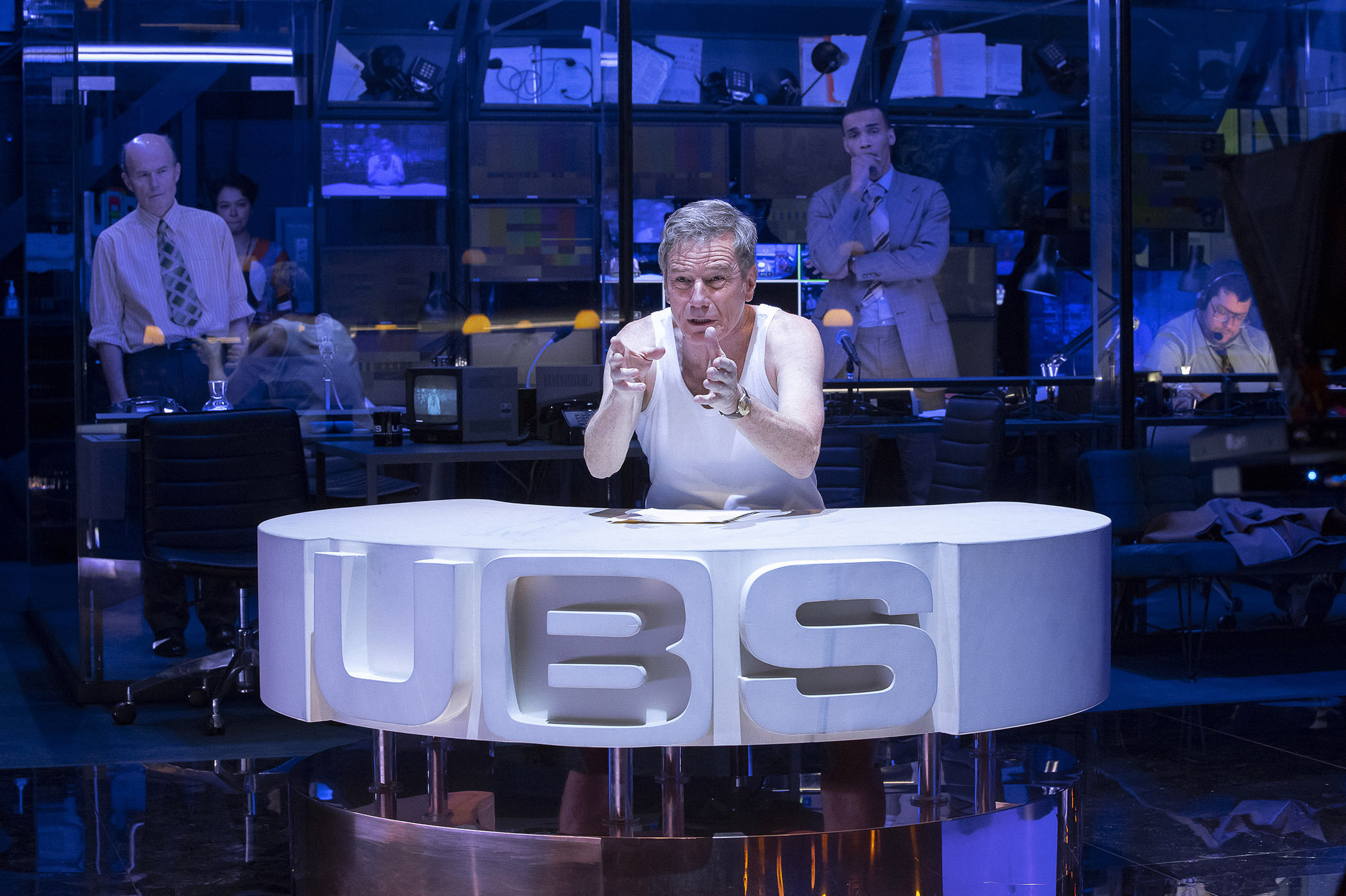 In this politically supercharged environment, it can seem that absolutely everything has political meaning. The Northern Irish epic The Ferryman proves that there's no escaping the troubles of the world: You can put all your focus on a big family dinner at the farm, then turn around to find that political forces have cooked your goose. King Lear chronicles the deadly consequences of a powerful man’s severe mental decline, as well as the dangers of nepotism in giant gold rooms. (Ahem.) Kiss Me, Kate and Tootsie have been updated with feminist sensibilities, and The Cher Show is a gay-rocketed commercial for equal pay—and its blissfully gratuitous Bob Mackie fashion show, in which the happiest chorus boys in human history model Cher’s greatest sartorial hits, is a kind of pride parade. King Kong implicitly advocates for marijuana legalization, as it is best viewed on a strong edible.

All of this has made Broadway theater seem a bit less escapist than usual this year. When the theatrical is political, and the political is personal, then the theatrical is personal. (That’s math.) But do artists have the power to shape the political landscape? Can a piece of art be so beautiful that it liberates the oppressed? Are we going to take it anymore? I suppose we shall soon see whether this season’s Broadway audiences don’t just boo—or cheer—but vote.

Amanda Duarte is a writer, performer and regional sex symbol who smokes a lot of weed and sees a lot of theatre. You can follow her on Twitter at @duarteamanda.