Autumn is finally making its way to the city, marking an exciting time in Hong Kong. Aside from stuffing our faces with mooncakes during Mid-Autumn Festival, we've also got all the raucous Halloween parties to look forward to at the end of the month. Now is also the perfect time to hit the outdoors – when it's not pouring down with rain – and explore some of Hong Kong's secret islands and beautiful hiking trails in Kowloon and on Hong Kong Island.

From Instagrammable exhibitions to online concerts and pop-up stores, there's a whole bunch of great events and entertainment to watch out for this month.

RECOMMENDED: Still looking for more? Check out our Things to do section for more great ideas!

Best things to do in Hong Kong in October 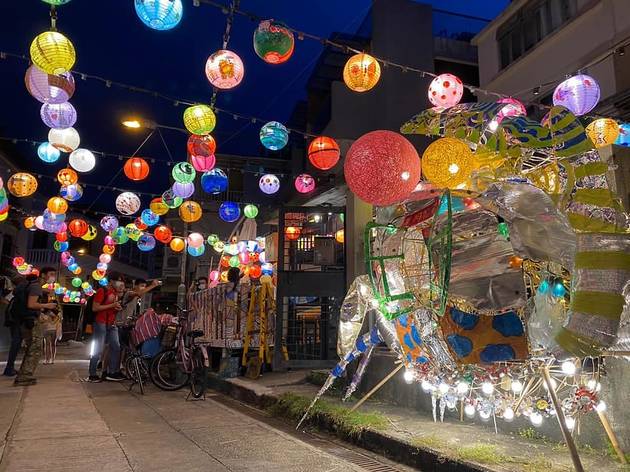 Tai O art community group, Tai O Fei Mao Li, and local NGO, HK Wecare, has joined hands to bring city dwellers a glistening Mid-Autumn Festival this year as the annual Tai O Lantern Festival returns. Lighting up the streets of Hong Kong's mini Venice, the festival features a slew of handmade lanterns in all shapes and colours, all made and decorated by Tai O locals and volunteers. The lanterns will light up every night from 6.30pm to 9.30pm. If you do decide to visit, please be reminded not to disturb the local villagers and respect their privacy. 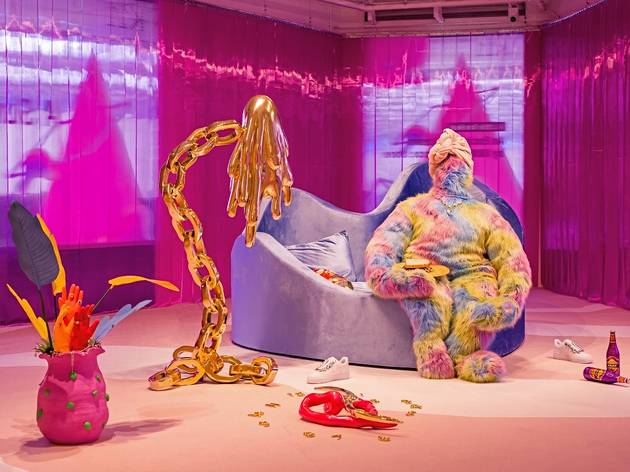 Ever wondered what your living room would look like if you were – say, trippin' balls? Well, now you can find out exactly what that looks like, at chi K11 art space’s new surrealist exhibit, A Little Too Real: An Enchanted Dream by award-winning local jewellery designer Vann Kwok.

Divided into five experience zones, the exhibition will take viewers on a visual journey where reality appears completely distorted. Take a snap against the crystal-spangled shower curtains, stroll through a holographic 'rabbit hole', or hang out with a multi-coloured yeti on the sofa. Everything you can imagine comes to life as furniture morphs into art pieces, jewellery turns into furniture, and art pieces become jewellery. It's an otherworldly (and very much Instagrammable) experience you don't want to miss! 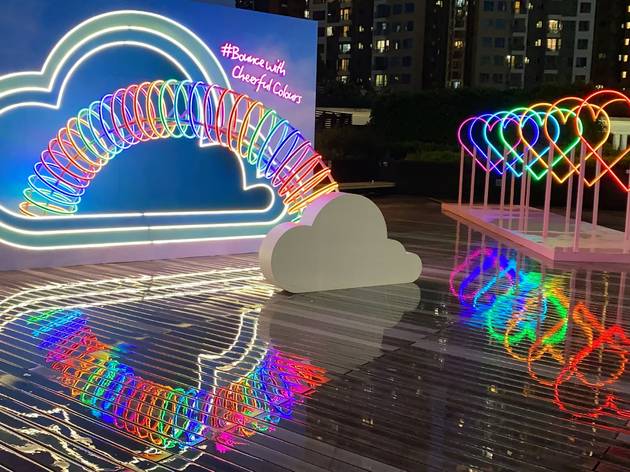 Have yourself a colourful Mid-Autumn Festival and head to Tsuen Wan Plaza's Rainbow Park! Located at the shopping mall's spacious roof garden are five insanely Instagrammable installations that will fill your holiday with all the colours of the rainbow. Take an #OOTD snap in front of the huge rainbow-stripped wall, or capture the moment with your loved one down the heart-shaped rainbow tunnel. Better yet, gather around the larger-than-life Cheers installation with your family and take a picture to remember the vibrant, fun-filled night! Once you've maxed out your camera roll, don't forget to take advantage of the mall's exciting array of shopping offers. 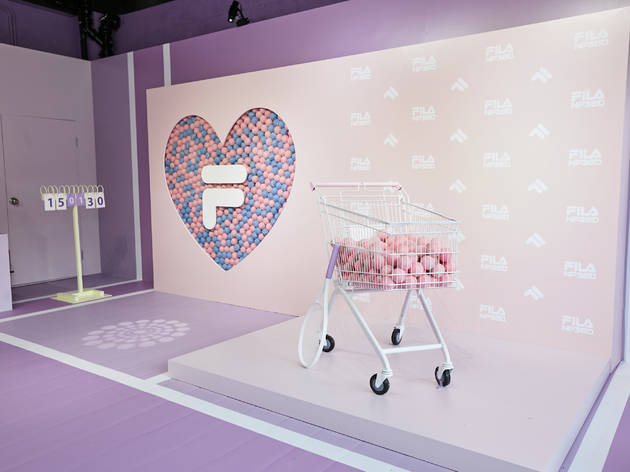 Ngong Ping 360 and Fila have joined forces to bring city dwellers Hong Kong’s first-ever outdoor sports festival! The event integrates local eco-tourism with outdoor sports and stylish apparel, and features a multitude of Instaworthy stations, including a four-sided Candy-coloured sports day installation, interactive games such as a giant pastel-coloured bowling alley, a fast-paced fencing game, and a cycling game that will test your speed and endurance. Guests who receive gold medal stamps from any of the games will have the chance to win a slew of Ngong Ping 360 and Fila souvenirs. It's a great chance for you and the family to pay a visit to Lantau Island, enjoy an action-packed day, and get plenty of fresh air! 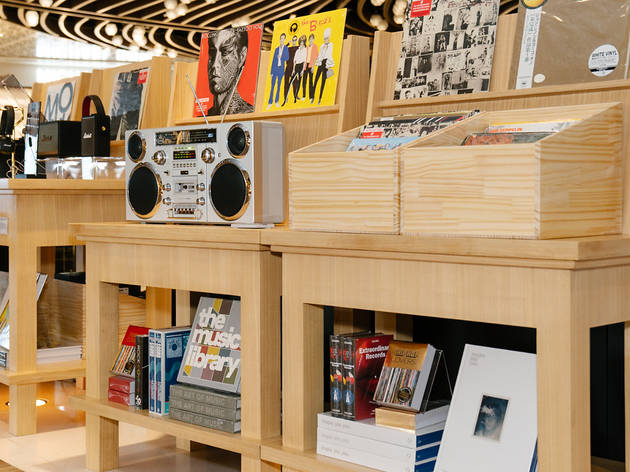 Hong Kong's MoMA Design Store is celebrating their first anniversary with a vinyl pop-up store, The Record Shop. Highlighting the close relationship between music and visual arts, the store boasts an eclectic selection of concert posters, books, and new LPs by some of the most influential artists of all time, including The Beatles, Nirvana, The Rolling Stones, David Bowie, The Ramones, and many more.

There will also be records with special edition cover designs from the likes of Andy Warhol, Yoko Ono, and Raymond Pettibon to showcase the important role of design on some of the most well-known albums of our generation. In addition to the pop-up, a ton of exclusive shopping privileges are also on offer for fans of music and design. The shop is open from now until the end of November so you have plenty of time to plan your visit! 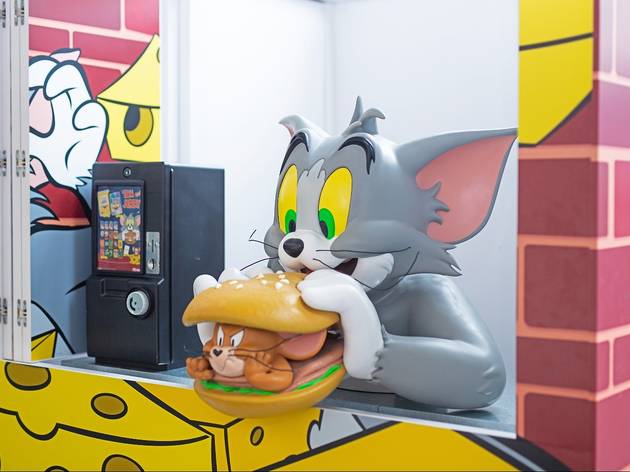 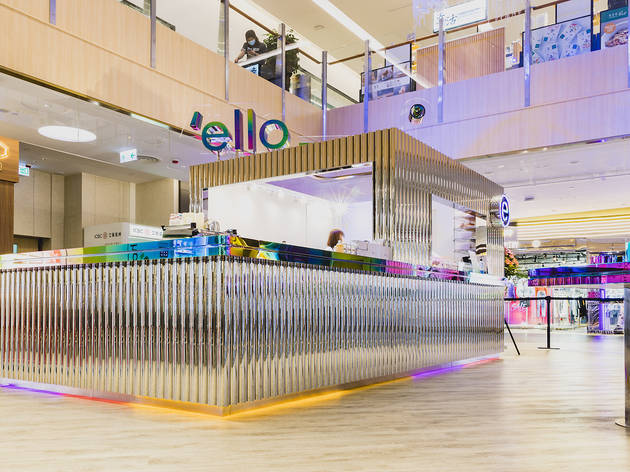 Bringing you handcrafted doughnuts with a contemporary twist, Ello combines food and art through a range of creative doughnuts (both sweet and savoury), beverages, exclusive merch, and more. Indulge in sweet treats such as the PBJ semifreddo, a semi-frozen peanut butter and jelly combo dipped in melted chocolate ($68), or savoury items like Ello's signature bread-crumbed hotdog bun doughnut filled with everything from Korean BBQ pork belly and kimchi ($72) to a tongue-numbing Sichuan mala beef and egg ($72).