For one weekend in January, Downtown LA become the place to be for comedy. RIOT LA, the three-day alternative comedy festival, turns L.A. Live and a couple of Broadway theaters into a melting pot of stand-up, storytelling, musical comedy and indescribably bonkers performances. Check out our complete coverage of RIOT LA, from must-see shows to where to eat and drink before you go.

Unlike past years, which centered around a cluster of small venues on Main Street, this year's festival will take place at the Microsoft Theater, the Novo, the Orpheum Theatre and the Theatre at Ace Hotel. The shows will take place in grandiose auditoriums as well as more intimate side rooms.

How much do tickets cost? 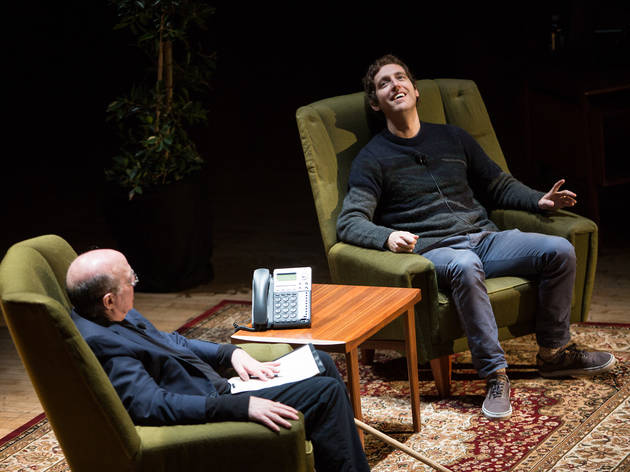 A little bit of therapy at RIOT LA 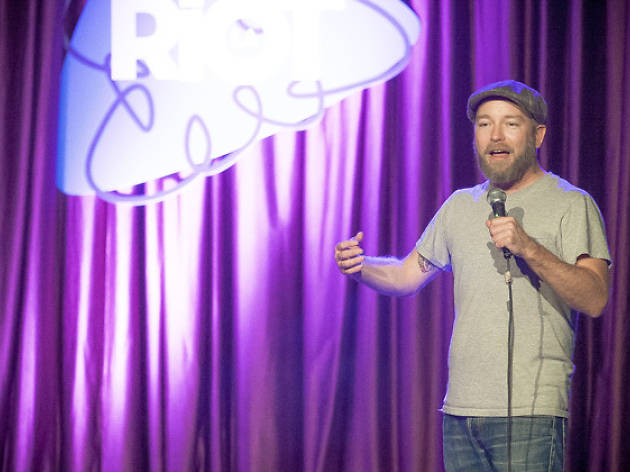 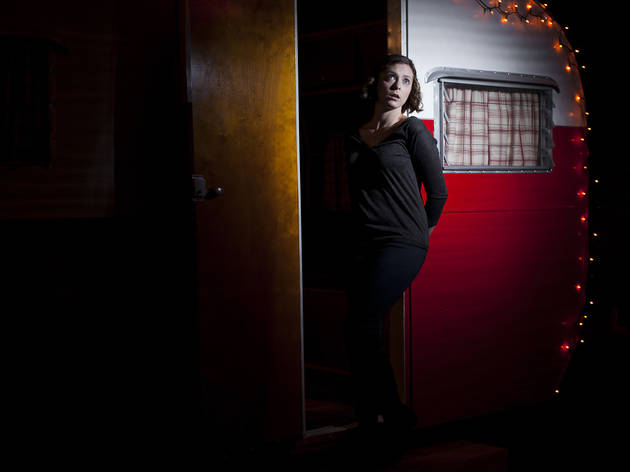 Where to eat and drink in DTLA 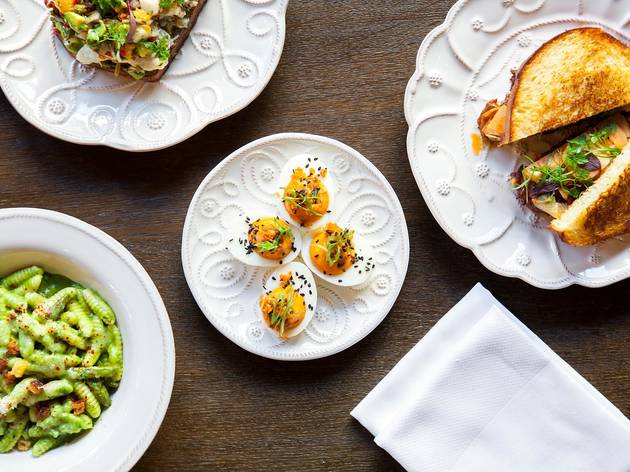 Where to eat and drink near L.A. Live 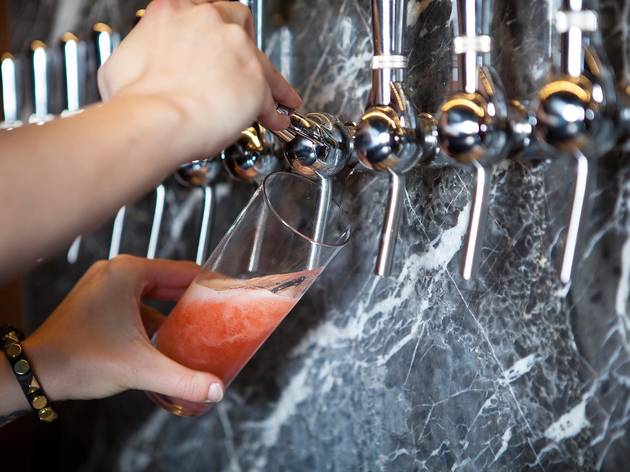 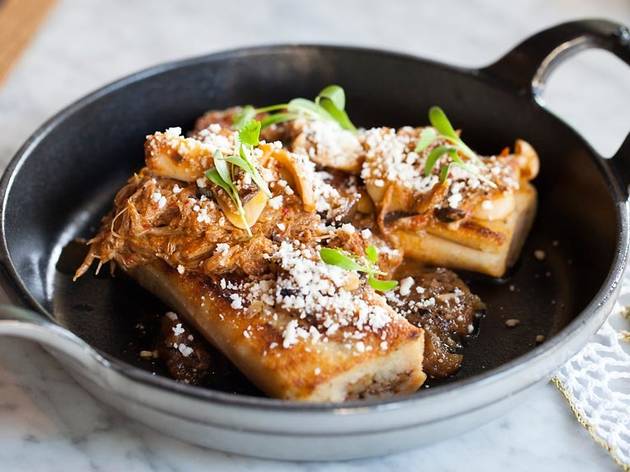 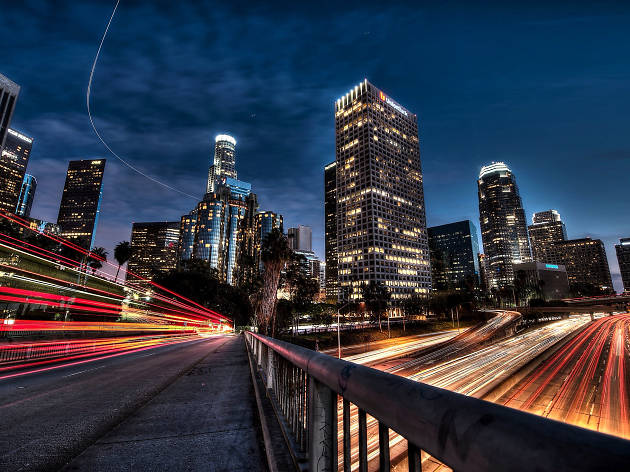 A guide to Downtown Los Angeles

See more in our guide to Downtown Los Angeles

See more of our past RIOT LA coverage 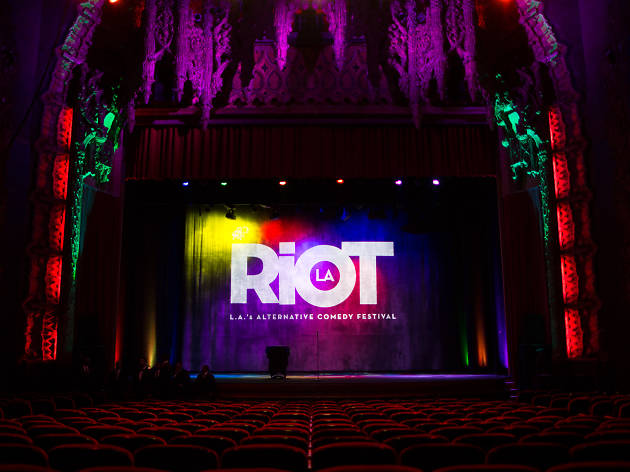 Theater shows are a tough sell in Los Angeles. You can see comedians for a few bucks any night of the week at UCB, NerdMelt or the Comedy Store, so why submit to steep service fees for a spot at the back of a 1,600-seat theater? This year’s RIOT LA, however, made a compelling case for seeing stand-up on the biggest, most beautiful stage possible as the alt-comedy festival gussied itself up for its opening night with two shows at the Theatre at Ace Hotel: David Cross, on his first stand-up tour in six years, and Natasha Leggero, Janeane Garofalo and Maria Bamford. That power trio in particular—plus exceptional host Fortune Feimster—absolutely lit up the historic theater with the type of unforgettable performances that keep us coming back to RIOT each year. Bridget Everett.Photograph: Zach Dobson   They weren’t the only women to kick ass at this year’s festival. Conceptual comedian Kate Berlant, alt-cabaret queen Bridget Everett and character virtuoso Lauren Lapkus all played to sold-out crowds, while a trio of ladies slung elegantly constructed dick jokes at Roast Battle. If any women-in-comedy detractors still found themselves subscribed to worn-out cliches by the end of the weekend, well, we weren’t interested in what those people had to say anyway. This year’s lineup was also notable for assembling some of alternative comedy’s progenitors, including the previously mentioned Garofalo, Cross and Bamford, as well as Patton Oswalt, who closed out the fest with a specta 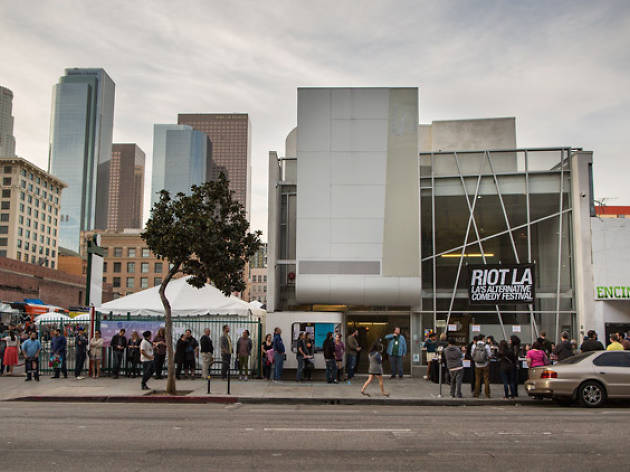 RIOT LA is a comedy nerd's dream come true: more than 50 shows will take over seven Downtown Los Angeles venues (and one parking lot) during the last weekend of January. Unlike some other festivals in the middle of the desert (say, that little one known as Coachella), RIOT comes with the freedom of easily slipping in and out as you please; tickets are available for individual events as well as the entire three-day festival. Though headliners like David Cross, T.J. Miller and Bridget Everett are already sold out, there are still plenty of worthwhile sets, including these 10 must-see shows. P.S. We're giving away two passes to the fest. If you want 'em, enter here before 12pm on Jan. 25. RECOMMENDED: See more of our coverage of RIOT LA 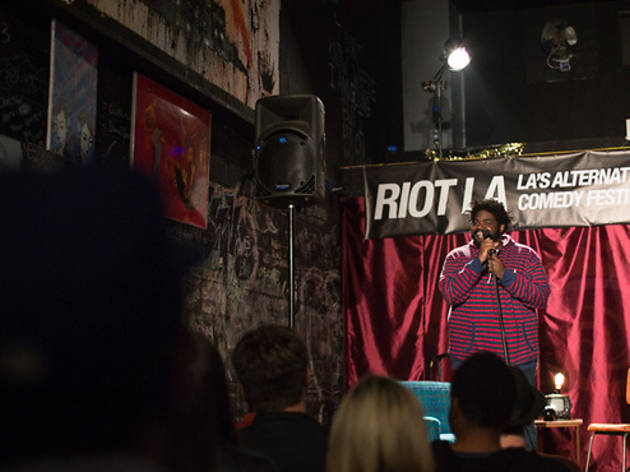 Our favorite alt comedy fest, RIOT LA, is returning to Downtown Los Angeles in January with easily its best lineup to date. Patton Oswalt headlines the weekend with a show ("Patton Oswalt Can Always Go Downtown") at the Regent. Other headliners include alt cabaret queen Bridget Everett, stand-up turned NBC star Jerrod Carmichael, the sweetly obscene Ron Funches and about half the cast of Silicon Valley, including T.J. Miller, Thomas Middleditch and Kumail Nanjiani. Tickets for individual shows go on sale Friday, December 4 at noon. You can buy a Superfan Pass right now ($85), which potentially gives you access (but doesn't guarantee admission) to all of the fest—except for Friday night's still-to-be-announced show, as well as any performances at the Regent (i.e. Patton Oswalt). If you want to see everything, you'll have to shell out for a VIP Pass ($375) or individual show tickets. Some of the past few years' stand-out podcasts and performances are set to return, including With Special Guest Lauren Lapkus, KCRW's Unfictional, Roast Battle and another show from Kurt Braunohler, who'll be dropping his "Roustabout" routine in favor of "It’s The End Of The World As We Know It." In addition, we'll be presenting the "I Love NY" showcase hosted by Eddie Peppitone—because we can never let a mention of New York go without a friendly hug from LA. RIOT LA takes over seven Downtown venues from January 29 to 31. Check out our past coverage of RIOT LA here. 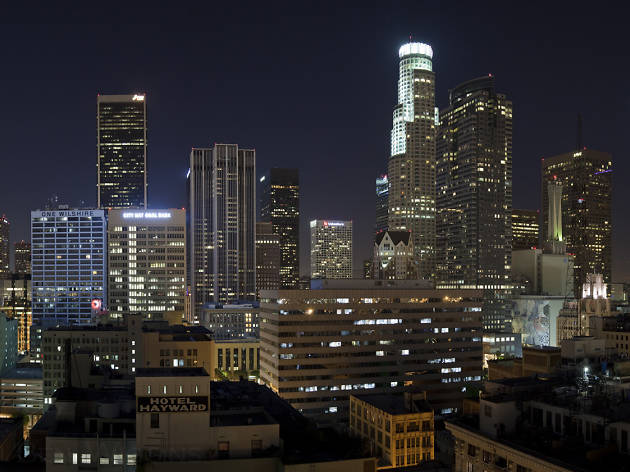 Downtown LA, you're a captivatingly peculiar place. That slice of city between the 110 and the Arts District actually resembles, well, a city; '20s high-rises and '80s skyscrapers house a mix of chic bars, mom-and-pop noodle joints and handsome coffee shops. What other neighborhood could simultaneously grab a GQ cover line for being the country's "capital of cool" and an NPR segment about the urgent situation in Skid Row? We could go on and on, so instead we turned to LA's comedy scene for short (and sometimes serious) rundowns of the neighborhood. We asked some of our favorite comedians performing at RIOT LA, the Main Street-centered comedy festival, to describe DTLA in five words or less. RECOMMENDED: See more in our guide to Downtown Los Angeles 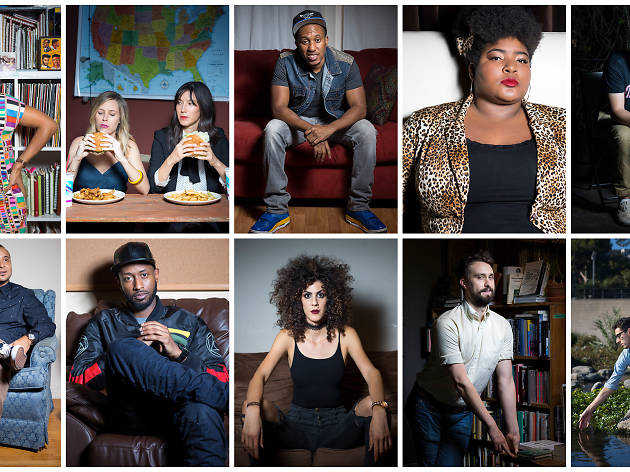 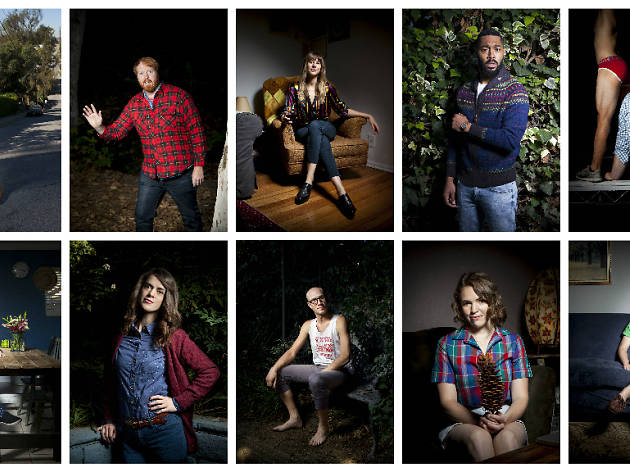 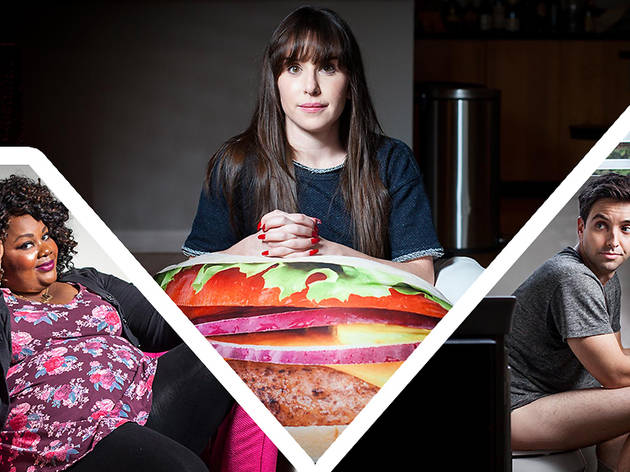 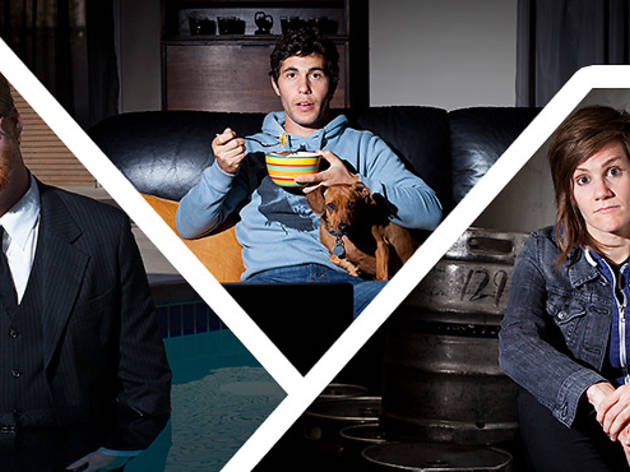 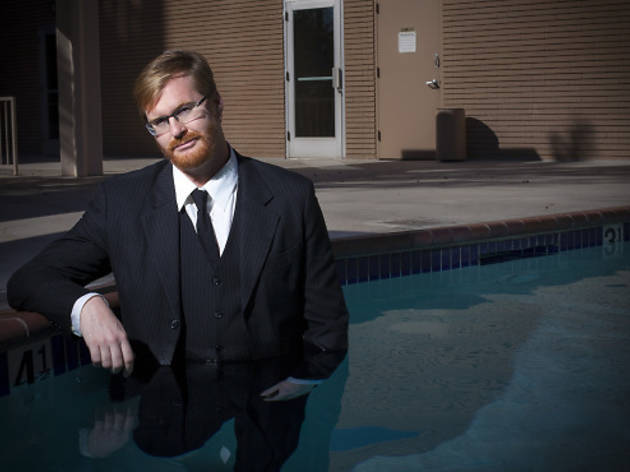 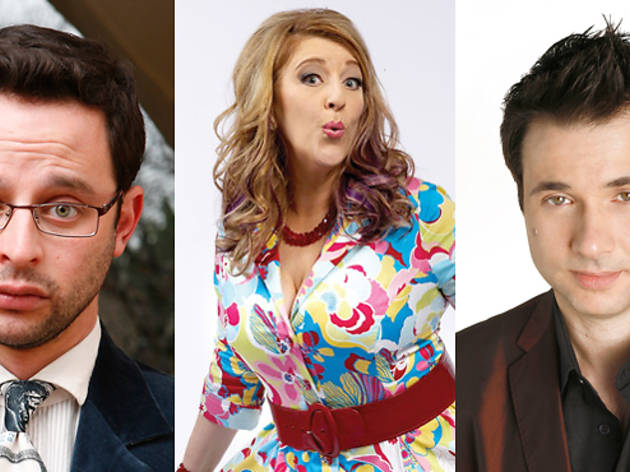 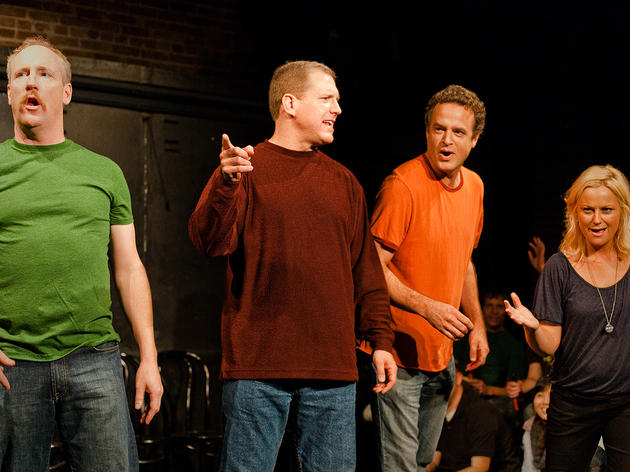 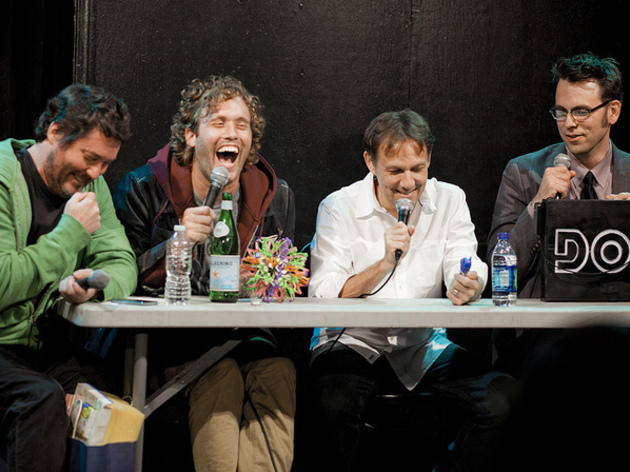 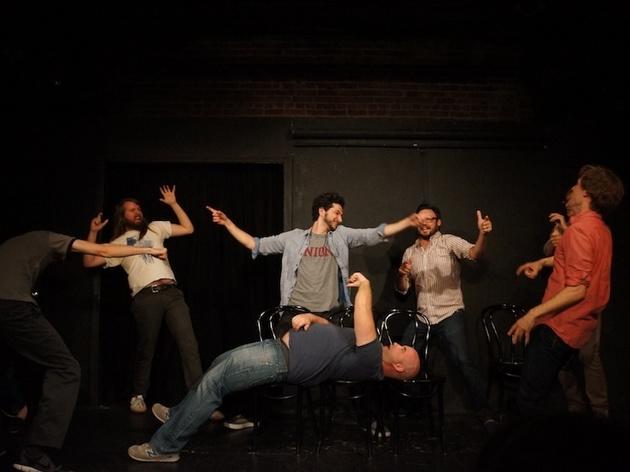 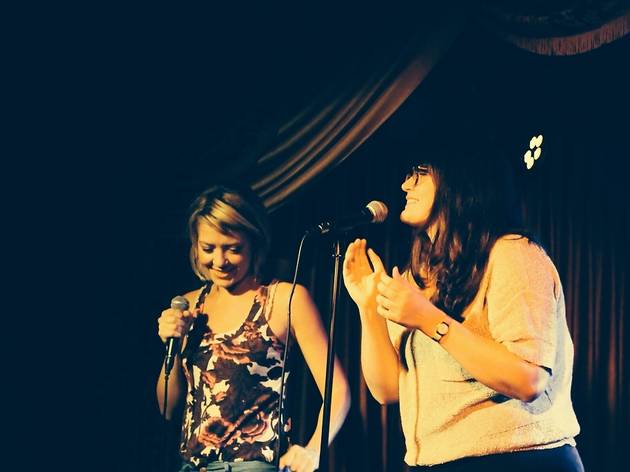