Hovering above a toilet seat in malodorous discomfort may be good for developing the thigh muscles, but we’d prefer to avoid it. Thankfully, Melbourne's CBD has some lovely facilities – you just have to know where to look.

Feeling adventurous? Follow us as we uncover underground things to do in Melbourne or take on the challenge of tracking down Melbourne's best hidden bars.

The best bathrooms in Melbourne 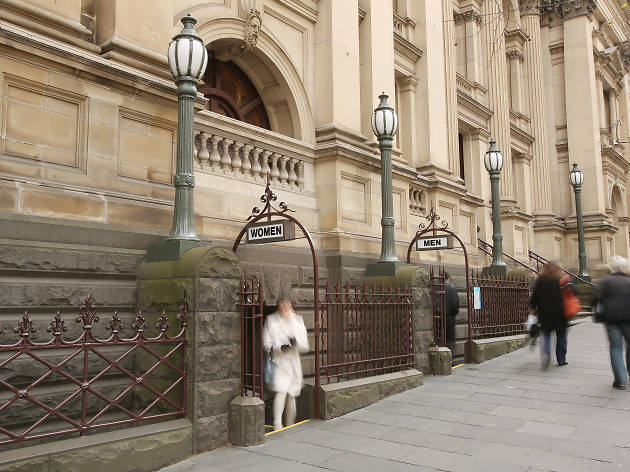 Best for: the historic pee

Hands-down, these are our favourite toilets – they’re a slice of Art Deco lavatory luxury. The toilets are below street level on Collins Street: the ornate wrought iron and signage out the front is reminiscent of the Paris-Metro signs.

The toilets were built around 1925-26 after a fire in February 1925 wiped out most of the Main Hall. They were renovated again in the late ’80s-early ’90s, but thankfully, someone had the foresight not to completely mess with the original features, meaning that the tiled attendant’s cubicle (it cost 2p up until the ’60s to use the facilities), the stalls and the arched ceiling remain.

Melbourne used to have more underground, historic loos, but since the ’90s, many of them have been capped with concrete, demolished or filled with sand, which makes this one all the more of a treat. Bonus points for the fact that even though this toilet gets a lot of traffic, it’s very clean and smells like antiseptic. 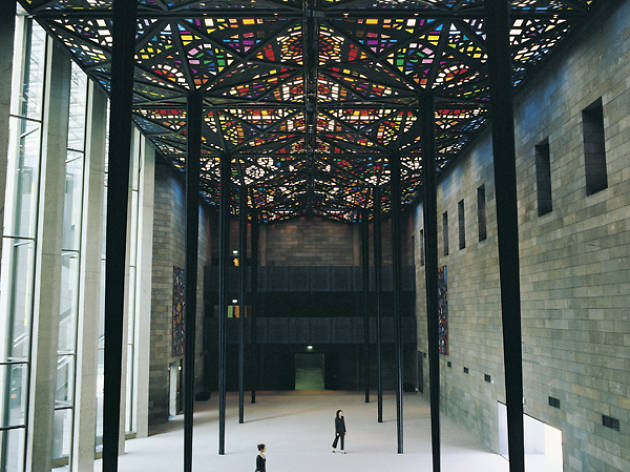 Best for: the arty pee

As much as we love the NGV's water wall, it’s a killer when you’ve gotta go. Luckily, the gallery has primo loos, with the added benefit that you can take in whatever’s been installed in the Federation Court on your way through. The toilets are nothing fancy, but they’re super clean and plentiful. There’s a quirky soundtrack playing in the background and they smell floral. 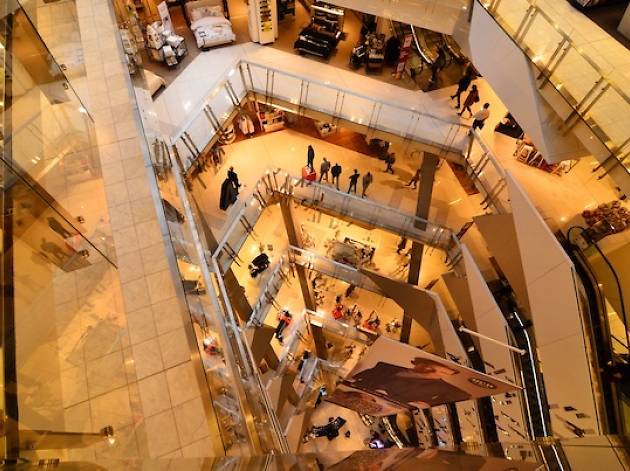 Best for: the nostalgic pee

Parents have been taking their kids to Myer for a wee for decades: it's basically a CBD shopping tradition. Spending time on the loo here brings back all sorts of memories (Christmas windows, getting a pic with Santa, eating in the cafeteria). Plus, when you’re in a hurry and you need to buy eight different things, it’s a safe and convenient bet. Like the NGV, the toilets aren't anything too fancy, but one of the best things about these toilets is the ample toilet paper (no scratchy individual squares here). 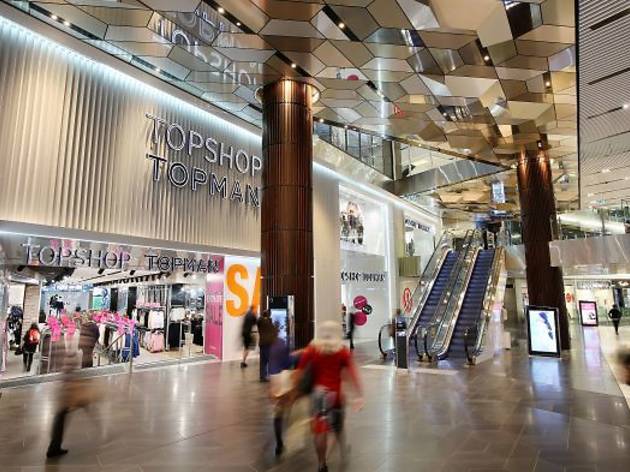 Best for: the high-class shopping pee

Emporium’s abundant in the bathroom stakes, but a special visit to the third floor (near the food court's beautiful floor to ceiling glass wall) is well worth the escalator trip.  It’s the sort of fitout we’ve come to expect from a bar, with its feature basins, sloping troughs, marbled tiles, good tunes, well-lit mirrors, soap that won’t abrade the skin off your hands and paper towel (old-school). They’re also scrupulously clean and smell nice – plus the cubicles are big enough to dance in.
Read more
Advertising 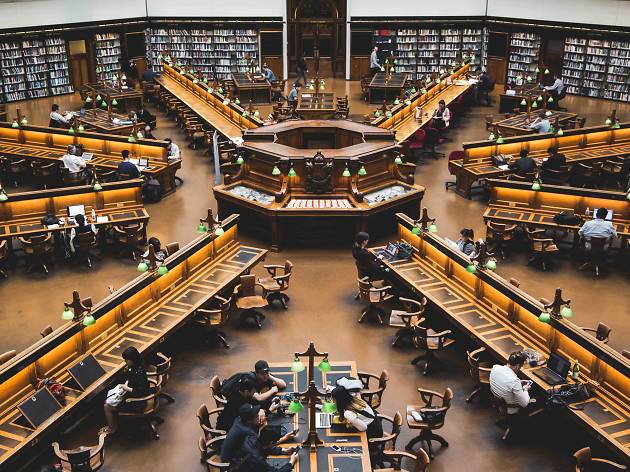 Best for: the literary pee

If you hang out on the State Library's lawn for long enough watching the passing fray and listening to the buskers, sooner or later you’ll need to go. Head up the stately stairs and hang a right in the foyer to head through the current exhibit to the loos. These toilets are a stately oasis of calm: marble walls, high ceilings, white stalls, and, despite Swanston Street's clamour – the sound of birds. On your way out, admire the duly famed Reading Dome, the permanent exhibits (we’re in love with the teeny, tiny books) and get a new notebook from Readings. What’s not to love? 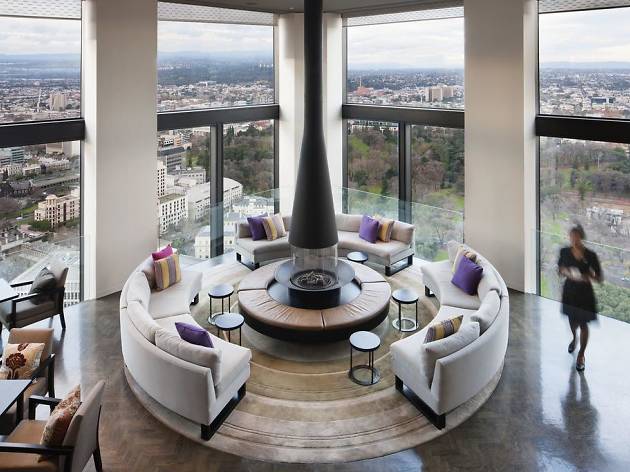 Best for: the luxury pee

Without doubt, we’re not the only ones who’ve taken the Sofitel’s lift 35 floors up to get to the loo with the view. This is not so much a toilet as a powder room: there's a large area just for fixing your face. Golden drapes frame the floor to ceiling window, from which you can see all the way out to the Dandenongs, as well as the Botanic Gardens, the Shrine and the 'G, and around to the sea. 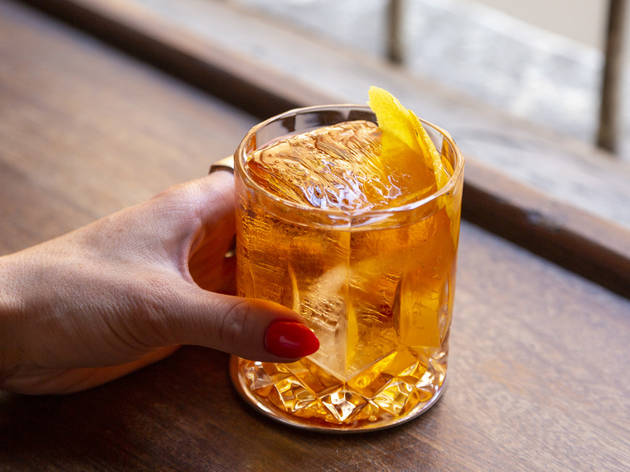 Melbourne's bar scene continues to be the envy of the nation, and our late-night credentials only get stronger with every new opening. Here is Melbourne viewed through the bottom of a glass: from its world-beating cocktail lounges to its down-and-divey saloons.