With 21 wine regions across the state, it's easy to be overwhelmed by the sheer volume of options — so we asked a master sommelier to break things down for you 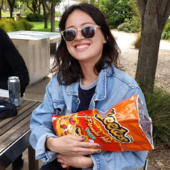 If you love a good glass of vino, but your wine knowledge is basically limited to knowing your reds from your whites, then you're not alone – enology (the study of wine and winemaking) is as complex as a foreign language. And for Victorians eager to learn about their state's robust offerings, it's made even more complicated by the fact that our borders house 21 distinct wine regions.

The sheer volume of options can make it tough to figure out where to go for your next tasting trip – are you after the best sparkling, or perhaps a peppery, cool-climate shiraz? Well, you're in luck: we've enlisted the help of master sommelier Carlos Simoes Santos to answer some of your burning questions about Victorian wine.

Santos, whose CV boasts the likes of Gordon Ramsey, Dinner by Heston Blumenthal, Sur Mesure, Cellar de Can Rocca and the Fat Duck, is one of only 269 master sommeliers in the world — and one of the small handful residing in Australia. It's a challenging feat requiring years of study, and it's been likened to climbing Mount Everest; so with that in mind, you know you're in good hands here.

Put simply, what are some of Victoria's major wine regions best-known for?

"The Mornington Peninsula, which is on the coast and has such a cool climate, offers some of the best pinot noirs, chardonnays and sparkling in the region. You also have regions like Rutherglen, which is much more continental and northern, that produce more fortified wines. Then you have regions like the Grampians that are warm and hot in the summer but then quite cold in the winter, so they produce really nice shiraz. And on the other side of Victoria near Gippsland, there's a little area called Leongatha that produces such amazing pinot noirs as well."

What's the easiest way for someone to figure out which wine region to visit?

"One way is to ask yourself what style of wine you really enjoy, and then to go from there and look at options. But I think that will become quite difficult at some point, because you'll have, for example, sparkling wines in a wide range of regions. So I would probably recommend that you look into Victoria's major zones, and then from there consider what that region is mostly known for. For example, you could look at central Victoria, and you'd find that it's mostly known for shiraz, or you could look at the northeast and find that it's known for fortified wines."

Are there any varietals that you'd recommend people steer clear of drinking in Victoria because they often don't grow well in our state?

"We always come across great varieties that people wouldn't think would grow but actually turned out really well. For example, back in the 1960s, Dr Bailey Carrodus blended cabernet sauvignon and shiraz in the Yarra Valley. Who would have thought, back in the 1960s, that cabernet sauvignon and shiraz would grow in the Yarra Valley, where it's fairly cold?

"I think if I were to pick a bad grape – and I don't really want to put it that way – I would probably say zinfandel or pinotage because I think the state is maybe a little too cold for those varietals. But then again, with global warming, that's changed slightly. Hence, I don't want to say that there are bad grape varieties [that grow in Victoria]; and in a few years, someone will be smart enough to blend those varietals and in 20 to 30 years, they'll be old vines and the wine will be showing so well."

"The way that Mornington Peninsula is positioned in a bay, you could almost visualise those same features in South Africa, like in Walker Bay, which is also really well-known for pinot noir and chardonnay. Victoria overall has a much more maritime planet, because it's influenced all around by the ocean.

"Another example is the Macedon Ranges, which isn't very close to the ocean or the bay. It's a bit further north from Melbourne, but it's likened to Burgundy. Somehow the soils and the climate are fairly continental. It has cool nights and cool days, very similar to Burgundy."

In your opinion, are there any incredible wine regions that are flying under the radar compared to tourist hotspots like the Yarra Valley and the Mornington Peninsula?

"I like Heathcote, and I prefer Heathcote shiraz to its South Australian counterparts. Mostly because to me, it resembles the wines from the Rhone Valley – beautiful, elegant and silky, with a lot more perception of grounded black pepper and cabernet. And it's less expensive as well. I would also say Geelong. The region has really good shiraz and chardonnay, and it's similar to Heathcote's style in how it resembles the northern Rhone in France.

"The Macedon Ranges also has a few very good wineries, like Bindi and Curly Flats that produce really good pinot noir, and they're not overly expensive. If anything, they're more difficult to find."

Finally, for those keen to amp up their wine knowledge, what resources would you recommend?

"If you look into the Wine Australia website, you can find a wine map that breaks Victoria down by its regions and sub-regions. From there, it's just a bit of research to see what each zone offers, and I think that's a really good starting point for someone who wants to learn about the regions."

Santos also co-hosts the podcast Got Somme alongside radio announcer and novice wine enthusiast, Angus O'Loughlin. The podcast's mission is to find the best bottle of $30 wine, and along the way you'll learn tidbits about everything from tannins and taste to producers and age – basically, factoids that are sure to impress your mates. You can tune in via Spotify, Apple Podcasts and Youtube.

Can't swing a wine-tasting getaway? That's OK – head to one of Melbourne's best wine bars instead. Prefer the natural stuff? Here's where to drink natty wine in Melbourne.