We predict who will win in all 26 categories of the 2019 Tony Awards.

After a season of fallow last year, with almost no new plays and musicals, Broadway roared back with a large crop in 2018–19, and the Tony Awards will reflect that. Don’t expect one show to clean up like Hamilton, The Book of Mormon and The Band’s Visit: This is likely to be more of a spread-the-wealth year. Here’s who we think will win (or should win) when James Corden hosts Broadway’s biggest night at Radio City Music Hall on June 9.

The race: The marquee Tony race comes down to the dark, jazzy Hadestown and the bright, fizzy Tootsie. The edgier Hadestown has the edge: The Tonys have learned toward gloomier musicals lately (such as Once, Fun Home and The Band’s Visit), and some of the vote for camp-inflected comedies about theater people might get courted away by The Prom.

BEST PLAY
Choir Boy by Tarell Alvin McCraney
The Ferryman by Jez Butterworth
Gary: A Sequel to Titus Andronicus by Taylor Mac
Ink by James Graham
What the Constitution Means to Me by Heidi Schreck

The race: Broadway let out a collective gasp when To Kill a Mockingbird, which is up for nine other Tonys, was ostentatiously snubbed in this category. In its absence, we expect the epic, gorgeous The Ferryman to sail to victory—though the zeitgeist­-capturing What the Constitution Means to Me might just make us gasp again come Tony night. 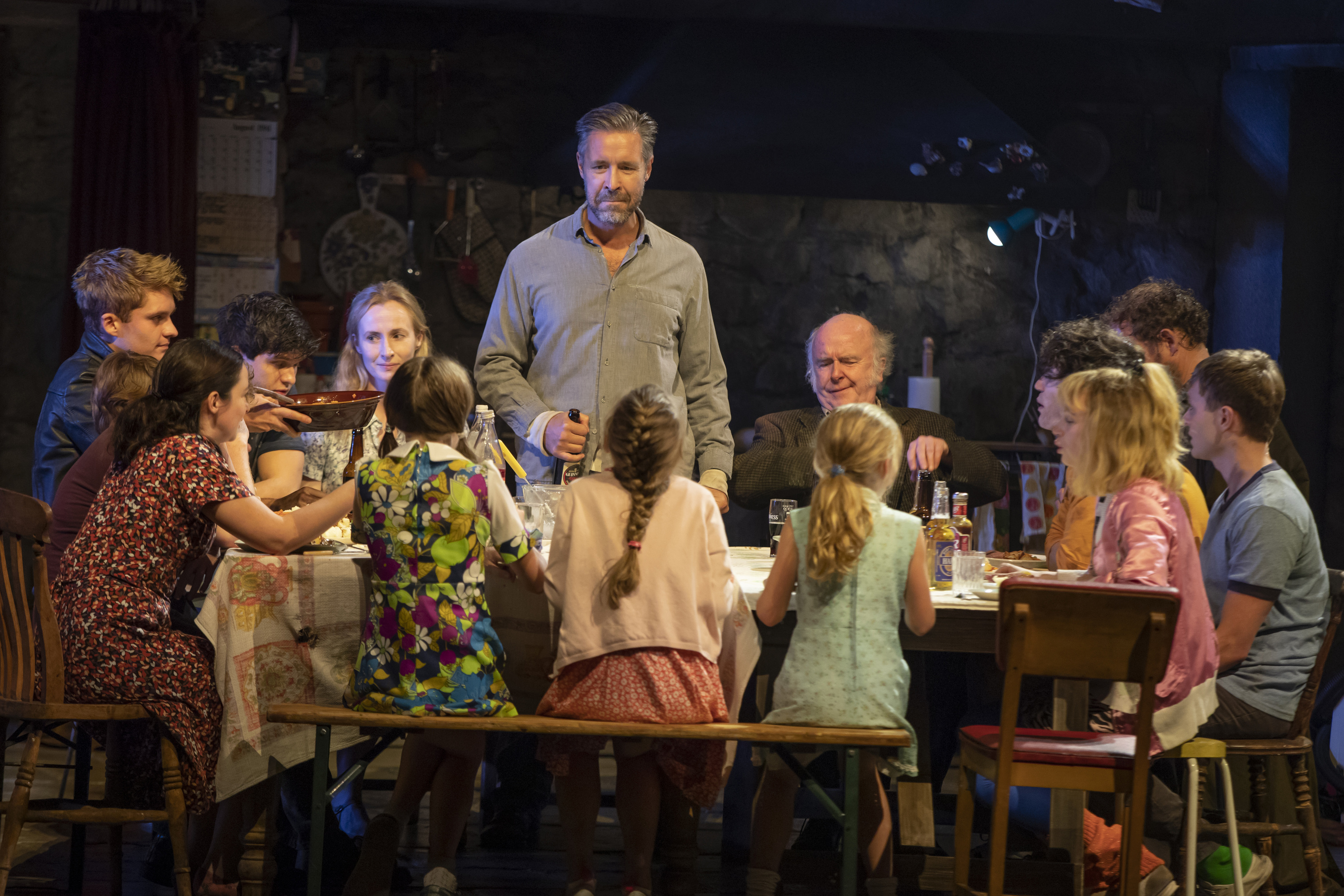 BEST REVIVAL OF A MUSICAL
Kiss Me, Kate
Oklahoma!

The race: The season’s only two musical revivals square off in this narrow race. Daniel Fish’s radical vision of Oklahoma! is divisive—it’s staged in the round with the house lights up, so you can watch the octogenarians across from you scowl—but it’s a sharply aimed production whose audacity and critical acclaim should suffice to knock its only rival right in the kisser.

The race: The Waverly Gallery was lovely and moving, but it closed in January. That puts it at a disadvantage next to the Roundabout’s intensely acted production of Arthur Miller’s tragedy All My Sons, whose powerhouse finale is still ringing in voters’ ears. 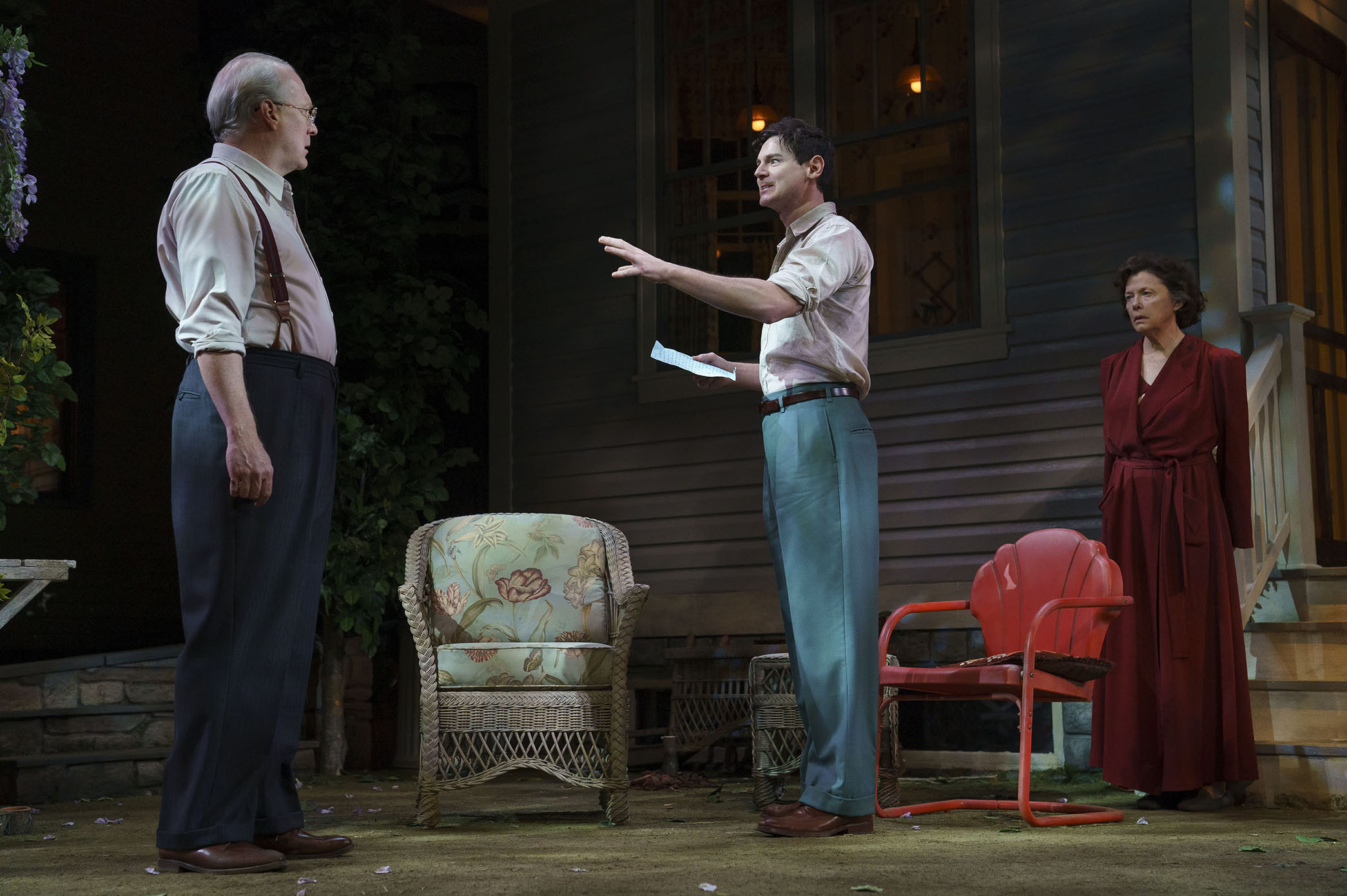 The race: Yazbek won this category last year, but a repeat is not to be. Hadestown began as a song cycle and concept album, and a win for Mitchell's score is one of the night's surest bets.

The race: Book writers tend to be overlooked, but Tootsie scribe Horn’s hilarious one-liners and smart updates to the 1982 source material have earned him much of the credit for the show’s success. We hope he's saved a few good zingers for his speech.

The race: Get ready for a Block party. In a mostly lackluster year for leading ladies on Broadway (only nine women were even eligible), SJB will get the recognition she deserves for her tasty portrayal of the central diva in The Cher Show, a full-throated star turn that captures the spirit of the diva’s signature style without tipping into impersonation.

The race: This category has a major crush on men in drag: Three of them have won it in the 2010s alone. The fourth to put on a dress for success will be Fontana, a recent Broadway mainstay who carries his show with wiggy finesse. 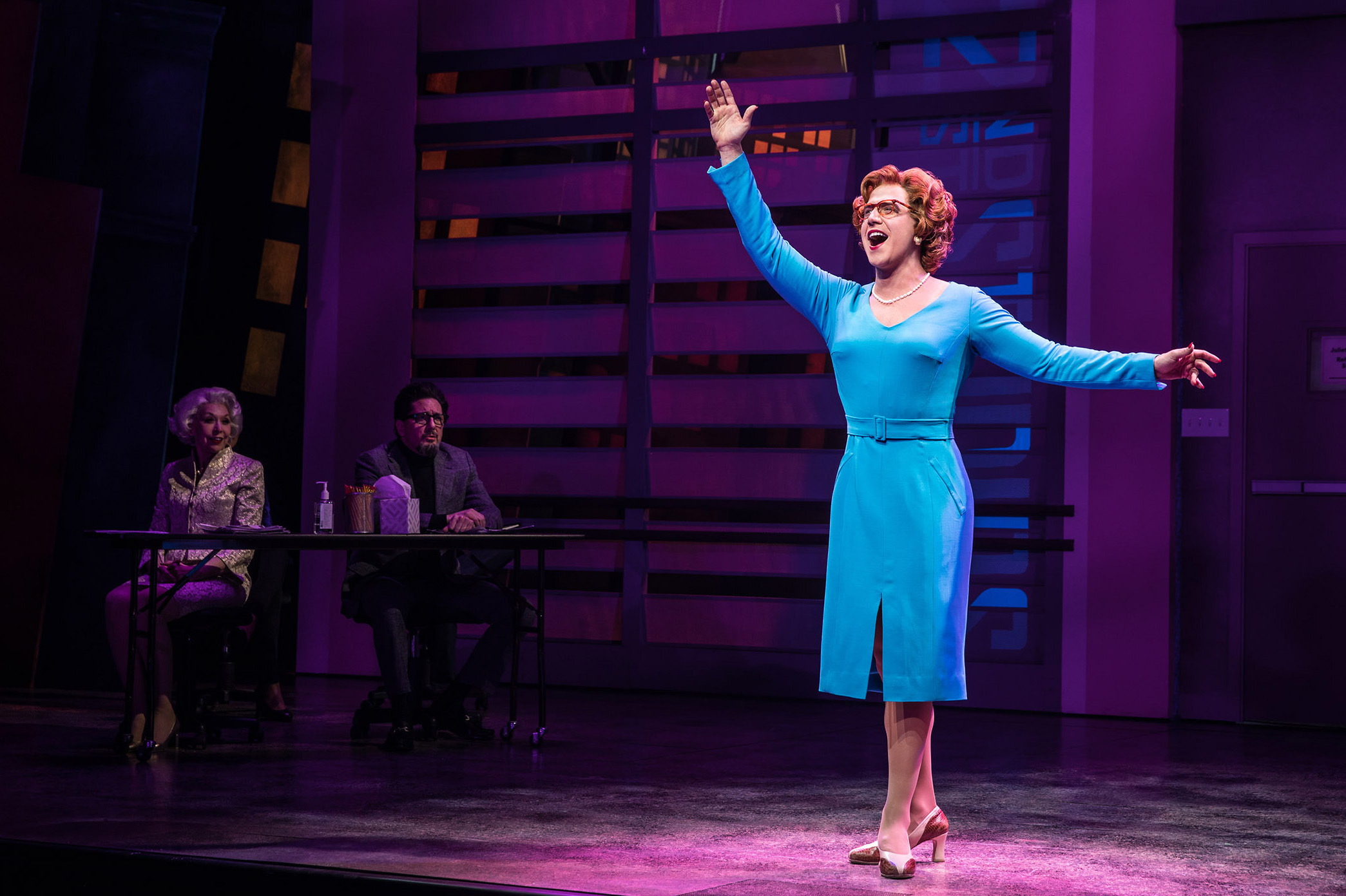 BEST ACTRESS IN A PLAY
Annette Bening, All My Sons
Laura Donnelly, The Ferryman
Elaine May, The Waverly Gallery
Janet McTeer, Bernhard/Hamlet
Laurie Metcalf, Hillary and Clinton
Heidi Schreck, What the Constitution Means to Me

The race: A tie in the nomination process expanded this category to six slots (none of which went to 2018’s winner, Glenda Jackson, who returned this year in King Lear). In a superb field, the heavy favorite is 87-year-old comedy icon Elaine May, who offered a merciless, unforgettable portrait of mental decay in The Waverly Gallery.

The race: Cranston is giving one hell of a star turn amid the multimedia madness of Network, which makes full use of his expertise as both a stage and screen actor—but the play itself is a busy, sententious bore. In one of the season’s most fiercely contested categories, Daniels’s stalwart depiction of the conflicted Atticus Finch in To Kill a Mockingbird has a solid shot, and Driver is a possible dark horse for his muscular performance (and calves) in Burn This.

The race: This is one of those categories where you wish everyone could win—including Head Over Heels’s Bonnie Milligan and Beetlejuice’s Leslie Kritzer, who should be in the running. Although Stiles is comedic perfection in Tootsie, the final showdown is likely between Stroker—who offers a sharp comic spin on Oklahoma!’s Ado Annie, in a wheelchair no less—and the charismatic Gray as Hadestown’s Persephone. It will be close, but we have a feeling it will break for Gray.

The race: De Shields is a beloved Broadway lifer who has yet to win a Tony: We think this will be his year. But his role in Hadestown in relatively small, and this category has historically been friendly to upsets. We wouldn’t be shocked to see the prize go to his magnificently deep-voiced costar, Page, or—likelier still—the superb Sykes, who offers voters their best chance to show Ain't Too Proud some love. (Oklahoma’s Patrick Vaill would be a strong contender if he’d been nominated, as he should have been.)

The race: The elfin Keenan-Bolger has made a unusual career out of playing kids; in her previous three Tony-nominated performances, one of her characters was 12, another 13 and the third an emotionally stunted 23. Now in her early 40s, she is likely to finally take the prize for going the extra mile and playing a precocious 6-year-old in Mockingbird. 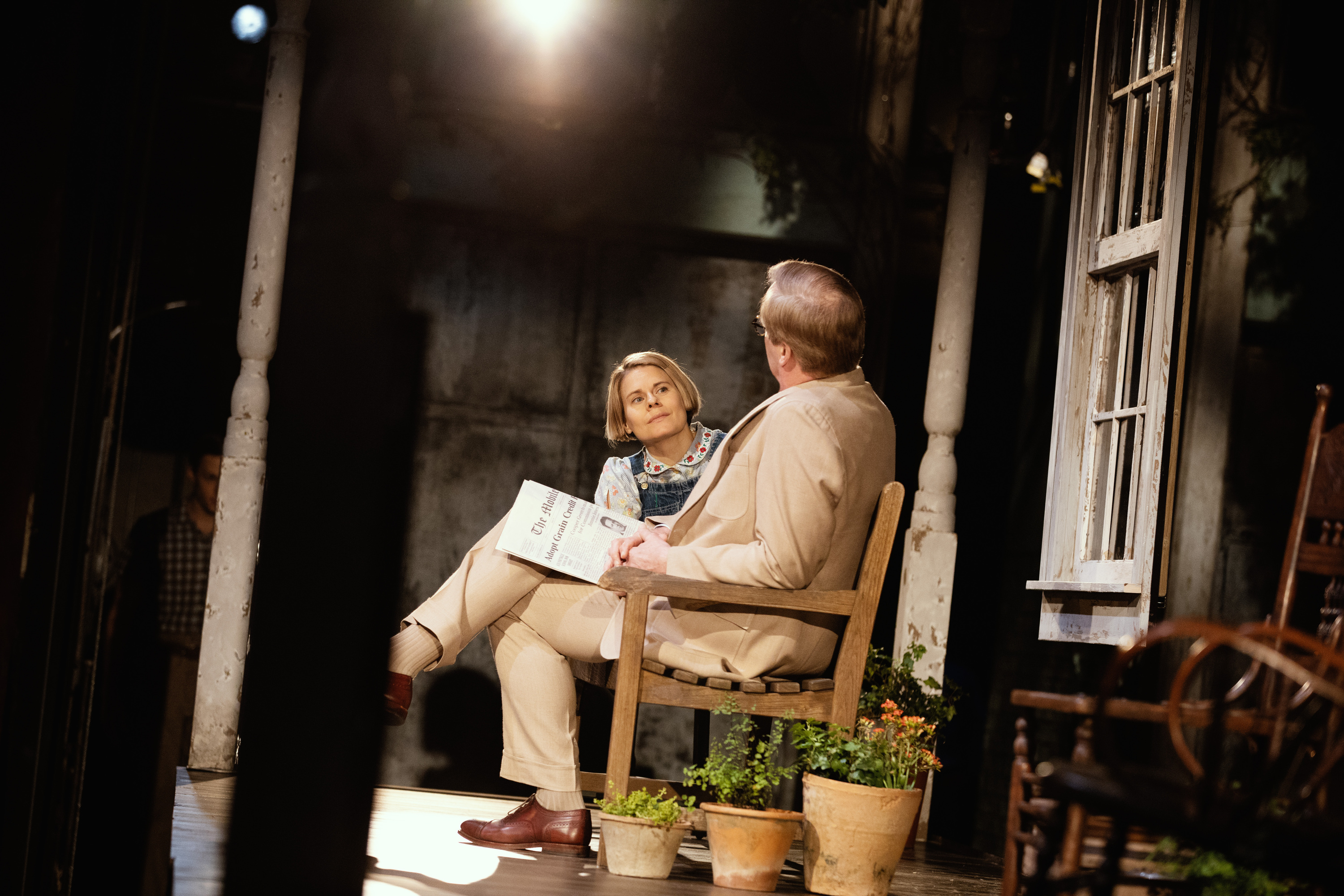 BEST FEATURED ACTOR IN A PLAY
Bertie Carvel, Ink
Robin de Jesus, The Boys in the Band
Gideon Glick, To Kill a Mockingbird
Brandon Uranowitz, Burn This
Benjamin Walker, All My Sons

The race: Conventional wisdom favors Carvel for his charismatic turn as a Mephistophelean Rupert Murdoch in the British bioplay Ink. But the featured acting races tend to be where surprises happen, and we think Walker will score an win for his excellent portrayal of the tormented Chris in All My Sons.

The race: Chavkin was a strong contender for Natasha, Pierre & the Great Comet of 1812 two seasons ago. She's a lock to receive it this year for her grandly mythic staging of Hadestown.

The race: This award tends to go to the director of the winner for Best Play or Best Revival of a Play, which is complicated this year by the To Kill a Mockingbird snub. In this context, a win for Sher would be a notable statement of protest by Tony voters. But we expect Mendes to win for wrangling a huge cast (including children, a baby, a rabbit and a goose) into ship-shape form in The Ferryman.

The race: Over and over in Kiss Me, Kate, but especially in “Too Darn Hot” and “Tom, Dick, or Harry,” Carlyle's choreography reminds audiences of the pulse-quickening pleasure that big old-fashioned Broadway dance numbers can deliver when they're done just right. 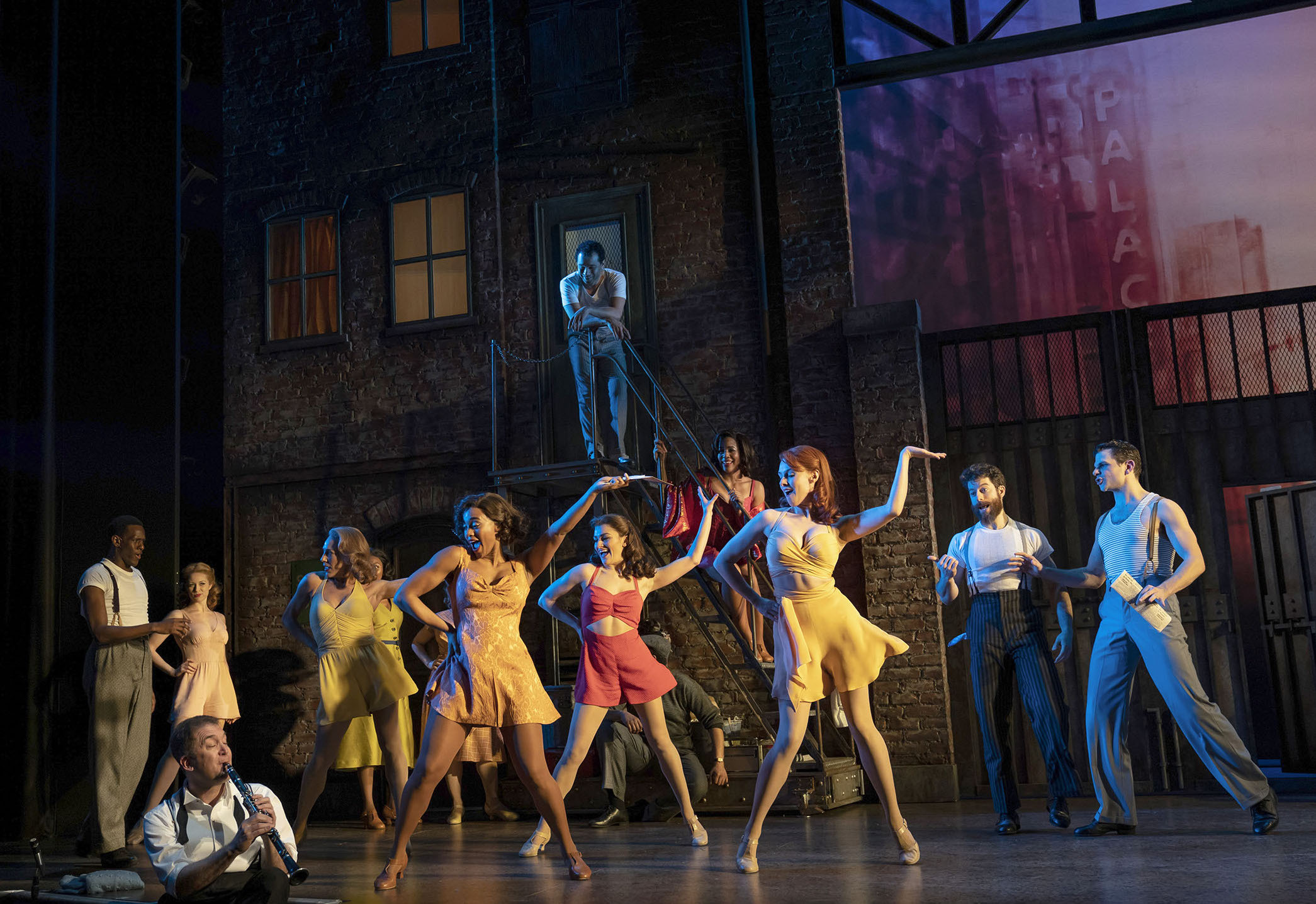 The race: The Tonys have long had a strange blind spot when it comes to Korins: His set was practically the only part of Hamilton that didn't win a Tony, and his very fine work in such productions as Dear Evan Hansen, Misery, Chinglish and Passing Strange wasn't nominated. His fantastically outré designs for Beetlejuice should end that dry spell—though Hauck's impressive designs set the scene for Hadestown beautifully.

The race: This one is anyone's guess. Ink and Network had the busiest sets, Loquasto the wackiest, Howell the most realistic, Buether the most elegant. Any of them could win; we lean toward Howell's evocative, expertly detailed rendition of a Northern Irish farmhouse.

The race: Sometimes you just can't beat razzle-dazzle, and Mackie's costumes get pride of place in The Cher Show: Not since Coco, perhaps, has a musical devoted so much stage time to a fashion show of its most fabulous get-ups. 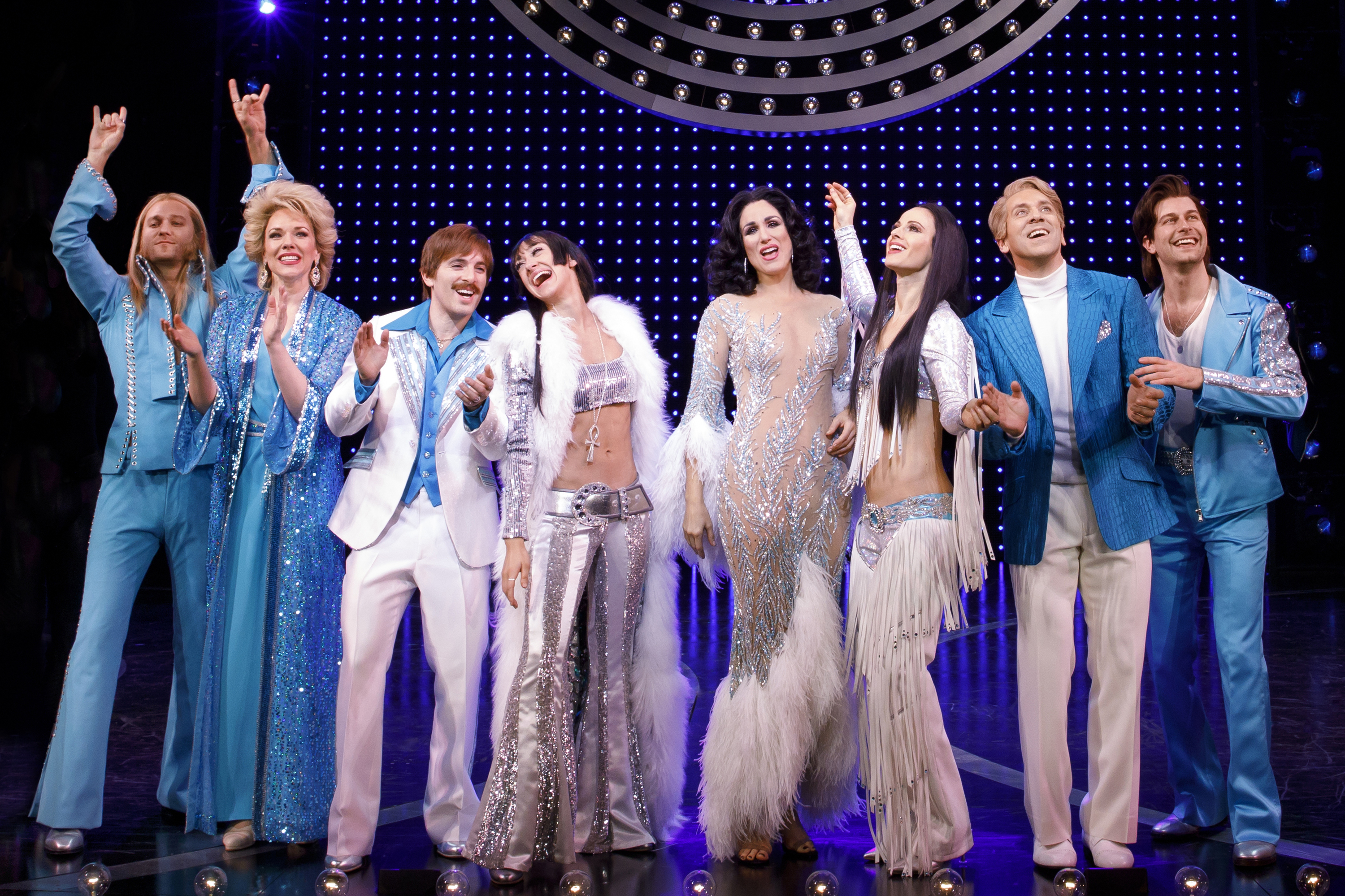 The race: Lavishly theatrical period costumes such as those in Bernhardt/Hamlet are always enticing to Tony voters, so James has a good chance. But Roth's impressive double nominations—for costumes in extremely different styles—tips the scales in her favor; her work in To Kill a Mockingbird is more graceful, but the zany garb in Gary is likelier to grab notice.

The race: King's lighting is essential to the moody, shadowy atmosphere that Hadestown successfully conjures. And it helps that the show's most memorable musical number prominently features swinging overhead lights.

The race: We fear that voters will reward the more-is-more ethic of Network (or Ink)—but in a better world the great Jennifer Tipton's nuanced, space-defining work in To Kill a Mockingbird would be chosen over its flashier competition.

The race: On merit, this should arguably go to Hylenski for his theater-rattling ape sounds in King Kong. But that show is already getting a Special Tony Award for its puppetry, and voters may not want to reward it twice. What's more, the designer is also up for Beetlejuice; we suspect that the battle of Hylenski versus Hylenski will result in a self-knockout, yielding a victory for Hadestown.

The race: If this were an award for the most sound design, then Network and Ink would win in a tie. We believe that voters will reward the slightly subtler effects of The Ferryman, which are central to the grounded yet quasimythic world that the production summons forth.

The race: Kluger's rethinking of Rodgers and Hammerstein's familiar score for Oklahoma's onstage country-western band is consistently surprising and invigorating. But will that be enough to push it past Hadestown's joyful jazz and blues? Instinct tells us that Hadestown will pull out a narrow win. 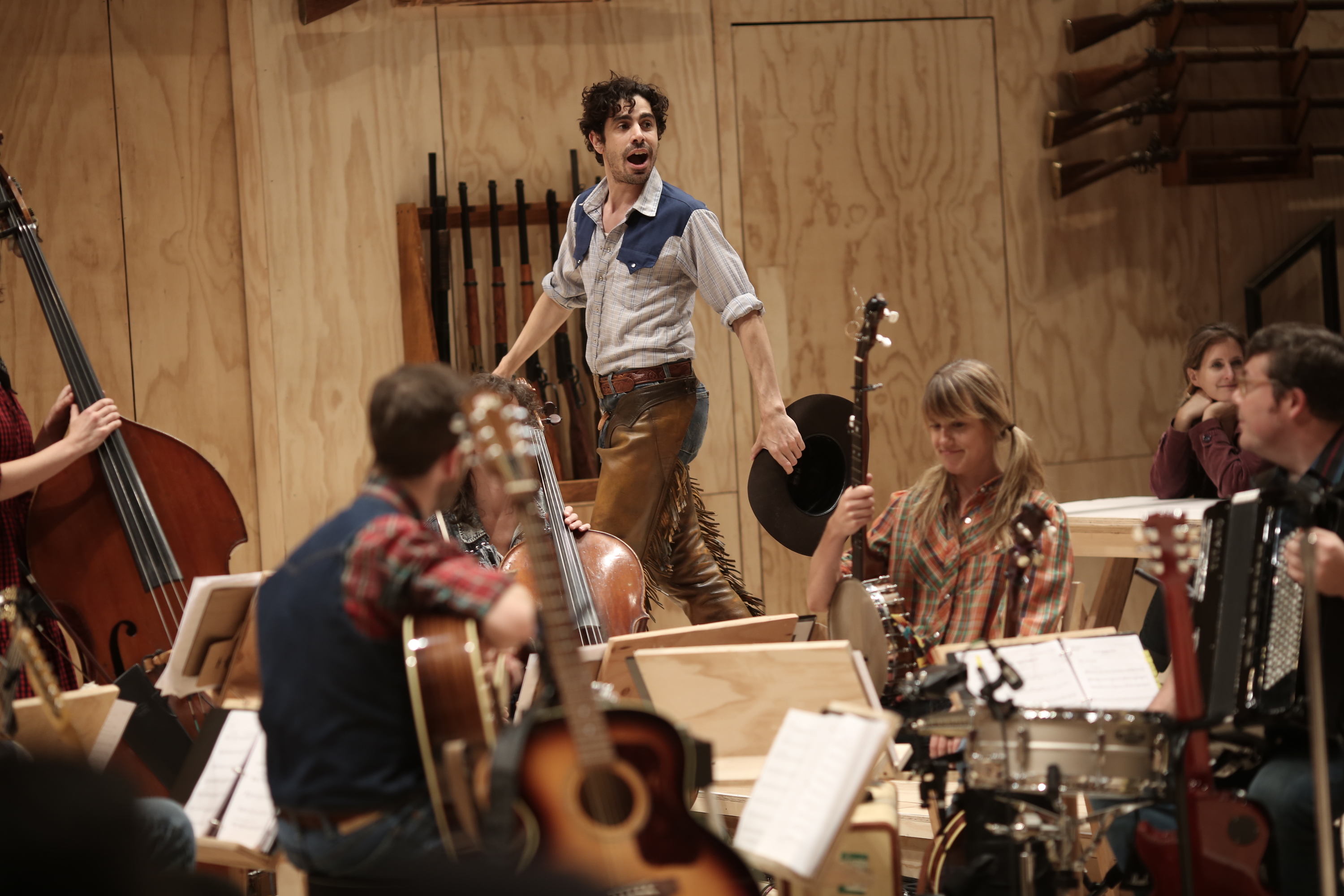 Want to see the best musical theater in New York? Get tickets to upcoming Broadway shows. 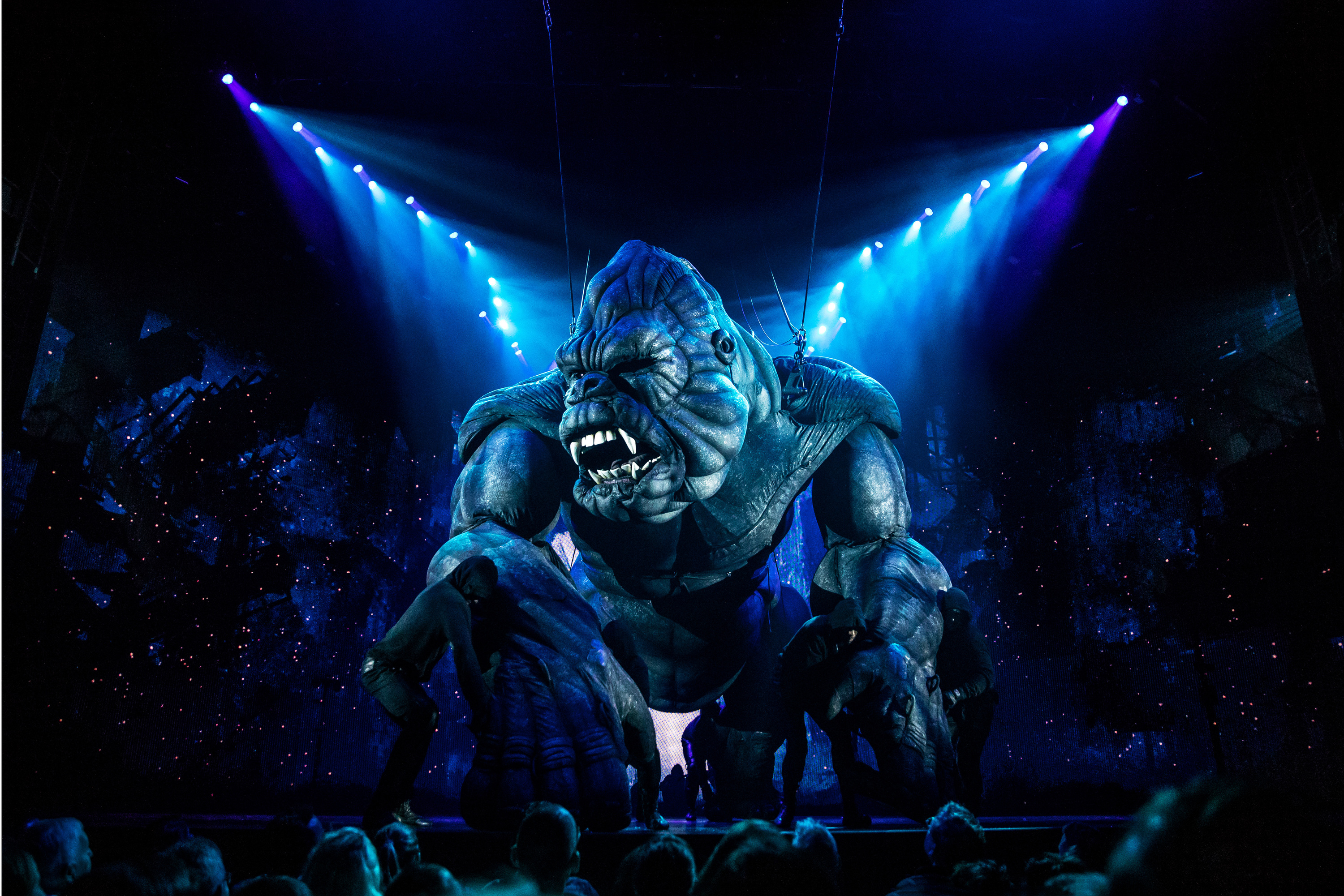