In these challenging times, where social distancing restrictions can have an adverse effect on small local businesses, supporting them is of the utmost importance. The bakeries in Hong Kong are essential to our local culture. Because let’s be honest, most of us don't own a big oven, or even one at all, and don't get us started on the know-how on certain local bakes such as wife cakes or chicken biscuits. It's no cupcake that's for sure! Thankfully, local bakeries have our back and are the purveyors of traditional Hong Kong pastries made by hand. So, whether you're in the mood for a cream cone, comforting cocktail bun or classic egg tart, these local bakeries have you covered.

RECOMMENDED: If carbs are life, consider hitting up these ramen joints or go for the best pasta in Hong Kong right now. It’s not hard to find decent egg tarts in Hong Kong, but Hoover Cake Shop sits up there among the best. Hailed by many as HK’s egg-tart king, Hoover’s tarts stand out since the bakery uses duck instead of chicken eggs to produce a smoother, stronger-flavoured custard filling. The velvety coconut tarts, cream buns and big swiss rolls also draw in the crowds. Prepare to queue – the line can sometimes stretch as far as the next block – but you’ll be hoovering up those egg tarts in no time. 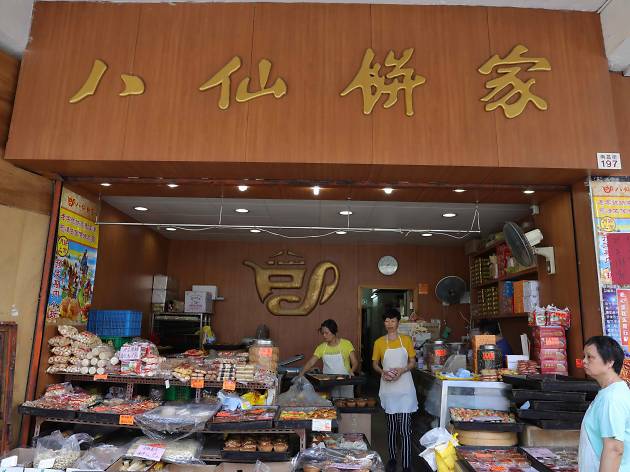 This legendary bakery has been keeping it old-school since the 60s. Formerly a tea house, Bat Sin Cake Shop is famous for its walnut cookies, banana cakes, coconut macaroons, and other handmade Chinese pastries. The shop gets really busy around the Mid-Autumn Festival with customers looking to take home Bat Sin’s variety of handmade mooncakes. This is by far one of the most popular bakeries not just in Sham Shui Po, but also in Hong Kong. 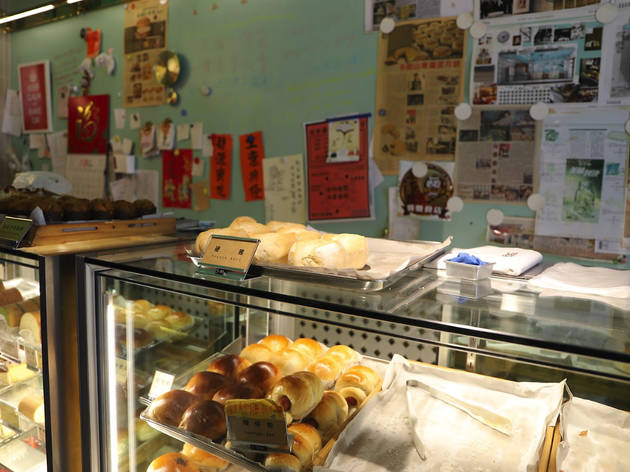 Established by Jie Chun Yao, ABC Cake House was formerly known as (roughly translated) ABC Western Restaurant, a famous Russian cuisine restaurant chain in Hong Kong during the 50s. As time passed, the chain’s outlets all closed down, leaving only its bakery in Central, which also eventually closed down in 2014.  Jie’s granddaughter Yvonne decided to reopen the bakery, which is now located in Wan Chai, to carry on her grandfather’s legacy. The bakery offers traditional cakes and pastries, as well as cookies, cupcakes, and rolled cakes in an abundance of flavours such as matcha, chestnut, taro, and honey. 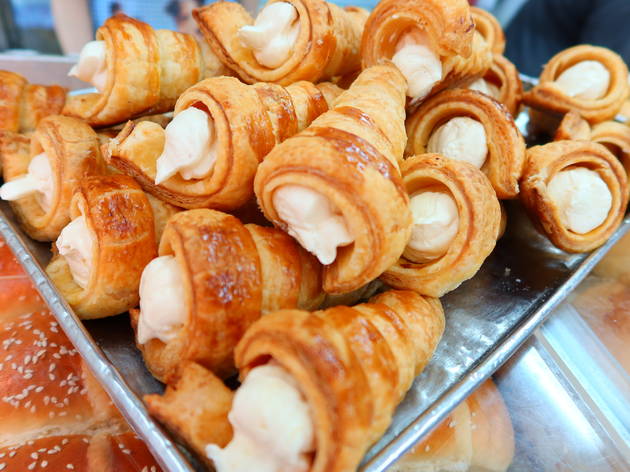 Arguably the happiest place on Earth for bread lovers. Don’t let Happy Cake Shop’s ghetto facade deter you from trying its selection of delicious bread and baked goods, which is all laid out on old metal trays. The speciality cream cone  – think of it as a hollowed-out croissant filled with cream – is by far the most popular treat. Their pineapple buns are huge and worth a try too, but you can’t go wrong with any of the classics here, from the egg salad baked rolls to its coconut or peanut butter buns. 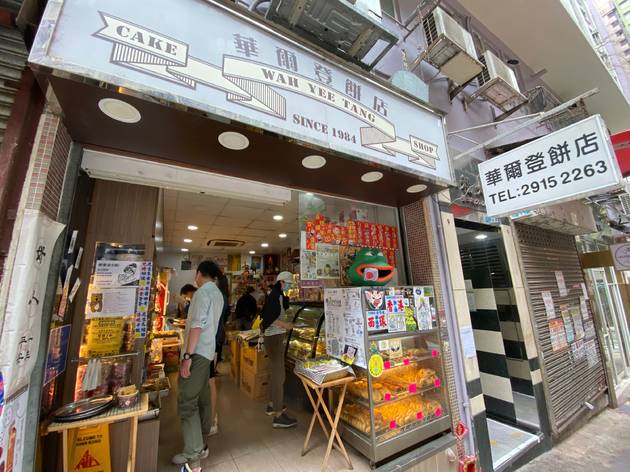 This unassuming family-run bakery in Sai Ying Pun is probably the most creative cookie shop you’ll find in town. With a history of more than 30 years, Wah Yee Tang has kept up with the times to inject new elements into its delectable cookies without sacrificing traditional techniques and quality. The one with the biggest fan following is the Foul Language cookie, shaped like a cat flipping people off. There are also tons of fun designs featuring inspirational notes and holiday themes among others, all of which can be personalised. Don’t miss out on the traditional Hong Kong cakes and pastries while you’re there too. Sadly, the shop does not offer any delivery, but it's definitely worth a quick visit if you happen to be around the area. 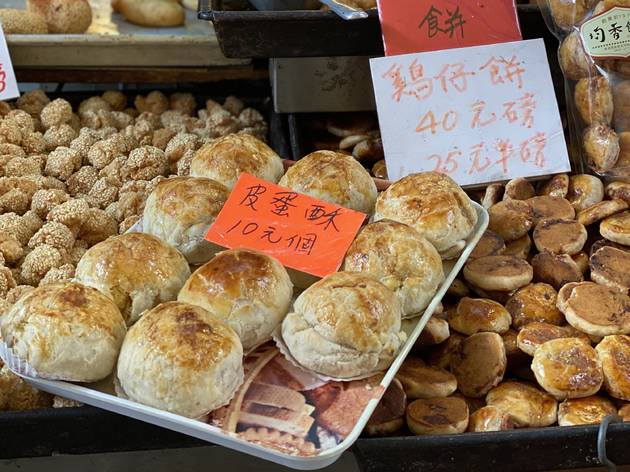 Located on Pei Ho Street, Kwan Hong Bakery is a family-run bakery with almost 40 years of history. Apart from western-style baked goods, you can also get your hands on traditional cakes and pastries such as walnut cookies, Chinese shortbread, wife cakes, red bean cakes, and much more. The fan favourite here is the chicken biscuit, which the owner insists on using traditional methods and ingredients like fatback, five-spice powder, and fermented bean curd. It may not sound too appetising but trust us, you’ll be missing out if you don’t try it. 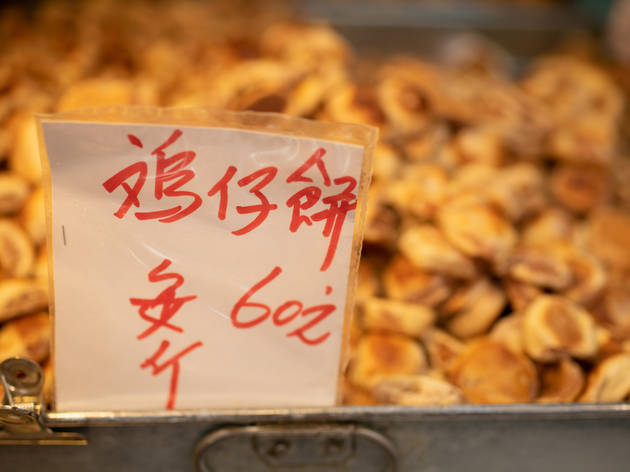 Mong Kok is always packed but Ki Tsui’s goodies are worth braving the crowds for. This Fa Yuen Street bakery is one of a handful of traditional Chinese cake shops still operating in Hong Kong and most of its vintage furnishings remain intact. The store’s iconic baked treats – like its mini walnut cookies, Chinese shortbread and chicken biscuits – are to die for. Come Mid-Autumn Festival, prepare to fight for an order of the top-notch mooncakes, where the egg yolks are like full moons in velvety lotus paste skies. 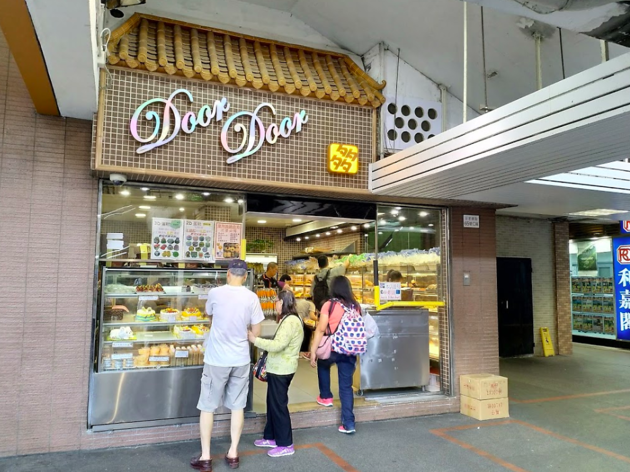 This more than 40-years-old homegrown bakery makes it worthwhile to visit Mei Foo. The egg tarts (both traditional and Portuguese) here are big winners, so are the coconut tarts. There’s a myriad of buns to snack on with tons of fillings like tuna, chestnut and red bean, as well as a surprisingly good and fluffy matcha green tea scone. Door Door is also known to specialise in cookies and nougats – most visitors find it difficult to walk away without at least a pound of cookies in hand. 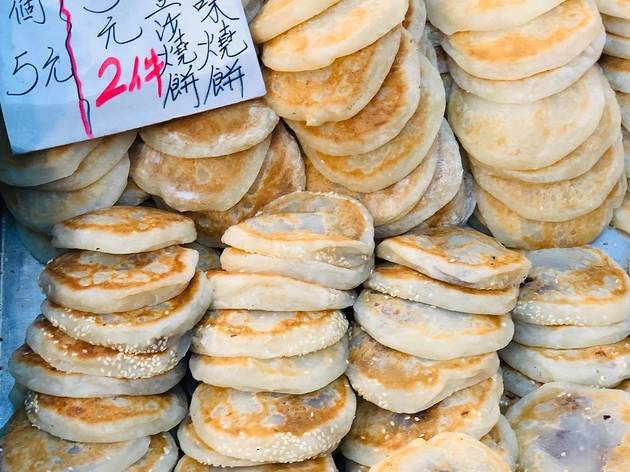 Nestled near Temple Street, the oven at this family-owned bakery is always baking fresh batches of comforting treats like cocktail buns and coconut buns throughout the day. The red bean cakes are a local favourite here, with a helping of the sweet paste sandwiched inside a toasted mochi and topped with roasted sesame seeds. The chicken biscuits are a house speciality too. 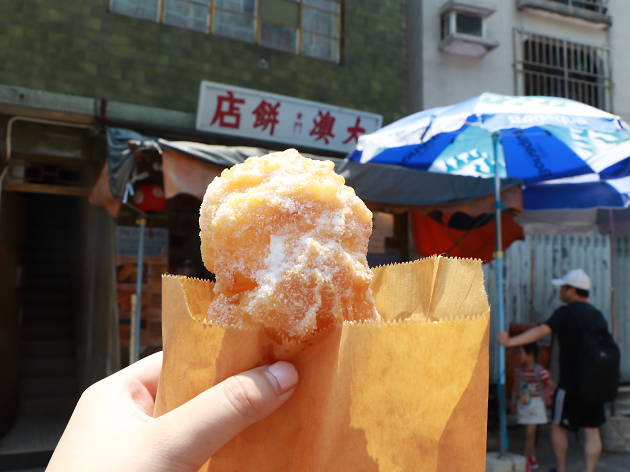 Tai O ought to be known for more than just its stilted houses and seafood snacks. The Lantau village is also home to a wonderful local bakery, offering a famous sweet treat – sugar-dusted Chinese-style doughnuts. The super-doughy ball is served fresh from the deep-fryer throughout the day, so make sure you wait a bit before taking a bite (yes, we know it’s hard). It’s worth trying other special creations, like the coconut tart and Tai O sesame cookies, while you’re waiting. 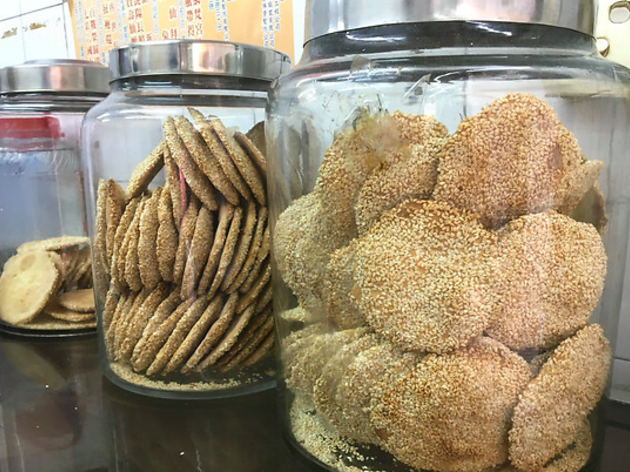 The Peng Chau local behind A Noy Bakery wakes up at 5am every morning to bake traditional buns and bread for Peng Chau residents rushing off to work or school. Tourists and locals alike flock to this island bakery for the mouthwatering fermented soybean sesame biscuits. These fragrant and crispy biscuits are the size of your palm. While you can find these elsewhere in Hong Kong, we promise you, none are quite as large, thin, and flavourful as these. 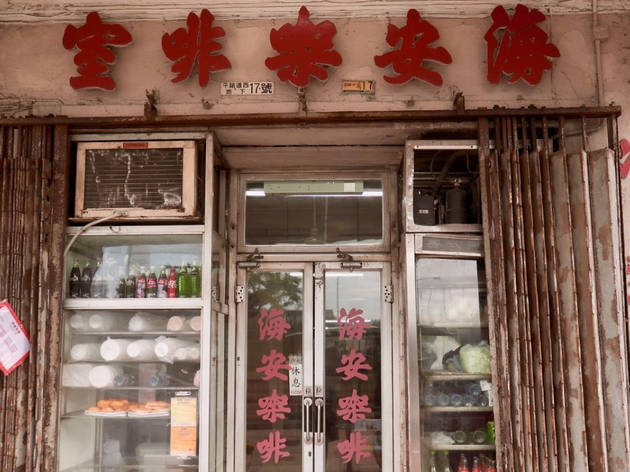 These restaurants have truly stood the test of time. 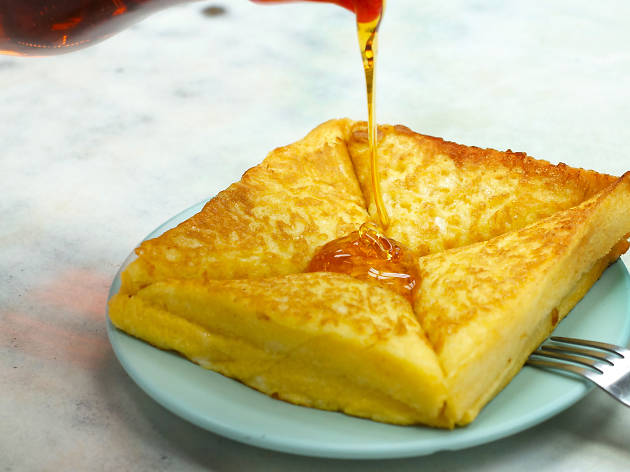 From dim sum to French toast, how many of these have you tried?