My Account My Profile Sign out
My Account
Search
Worldwide South Pacific Australia Melbourne Save our pubs! Why Melbourne pubs are under threat and how to help your local
Advertising

On a warm Sunday evening in January, 2010, close to 5,000 people turned up at the Tote for one last drink. Just days earlier, the licensees of the pint-sized Collingwood live music institution had announced that they could no longer afford to stay open under the new liquor licensing laws, which classified live music venues open after 1am as 'high risk venues', forcing licensees to add extra security and pay higher rates. All of this – as well as the rising costs of alcohol – made the pub impossibly expensive to run.

Music lovers and local musicians spilled out onto the street and watched from balconies and rooftops as many carried protest signs. The police were forced to block off Wellington Street – and inside the pub, two of the Tote’s biggest fans were pulling pints at record speed.

"It was mayhem," recalls co-licensee Andy Portokallis, who also runs Bar Open in Fitzroy. Back then, he was just there to support the pub’s previous custodians. Today, he’s perched on a barstool at the Tote just before opening time, sipping a pot of beer. "That weekend, I diverted an entire shipment of kegs from Bar Open so that we had something to sell! It’s close to 40 years that it’s been a live venue, so there were a lot of people who came in on the day that hadn’t been here in years."

What Portokallis couldn’t have predicted was that those last few days of the Tote were just the beginning of something big. The threat of losing a piece of Melbourne’s live music soul galvanised supporters, who took to the streets again a month later in a 10,000-strong live music rally. From there came the reversal of the 'high risk' category (and all its associated extra costs) and the creation of a new government body called Music Victoria, dedicated to creating new policies to protect live music venues.

"I feel good every time I come here," says Portokallis. "I feel very proud. I’ve always loved coming here before I had anything to do with the place; my very first gig that I saw here was in 1985."

Melburnians refused to accept a city without the Tote. The battle to save it was triumphant proof of the power of activism – but equally, it demonstrated how central pubs are to our sense of community.

A home away from home

To understand the role that pubs play in Melbourne’s social fabric, you have to go way back. "Pubs were often the first buildings that came to a town. Before there was a town hall or a hospital or a courthouse, there was a pub," says Dr Clare Wright, an associate professor in history at La Trobe University and an expert on Australia’s pubs. "Pubs had to provide accommodation and meals… and the publican had to live on the premises right up until the late 1960s. When you called them the home away from home, they literally were.

"I still think that today that does have relevance, particularly in an age where we’re seeing more single-member households and more people living in apartment buildings," she continues. "You need a place to go that is more than just a bar, that you know there will be regulars, and that you feel comfortable. It blurs the boundaries of public and private spaces. Pubs have always done that and will continue to do that."

The last few years have seen Melbourne’s pubs falling in alarming numbers; more than 30 have been closed, and some demolished, since 2010. One such pub is St Kilda’s Greyhound Hotel, which traded for more than 160 years before closing in January this year. Owners cited that it had become commercially unviable, and at the time of writing this article, the building is slated for demolition any day now to make way for an apartment block.

Weeks later, the same fate befell Port Melbourne's 155-year-old London Hotel – now a pile of ocean-facing rubble. And last year, developers knocked down the heritage-listed, 159-year-old Corkman Hotel in Carlton without a permit. Lord Mayor Robert Doyle condemned it as "the most brazen and wanton act of destructive vandalism I’ve seen in my time as mayor", and the developers have been ordered by the courts to rebuild the building in its original format.

The reason for this increase in pub closures is simple: money. "The reason they’re getting bulldozed in the inner city is because of the real estate values of the land," says Dr Wright. Melbourne’s property boom means that pubs – which are often very large venues located on lucrative corner sites – are prime real estate for developers.

Not only that but pubs must also compete with an increasing number of other hospitality venues to remain profitable. As Victoria’s planning minister Richard Wynne describes, "many [pubs] are simply no longer sustainable as venues. Nowadays, Victorians are spoilt for choice when it comes to a night out. Sadly, this has had a detrimental effect on many local pubs."

Closing and selling pubs is one thing – but demolishing them entirely is a trend that worries Dr Wright. "To me, that is the saddest thing. When you bulldoze them altogether, you lose that connection to history; you lose the beautiful fabric of the past, the sense of the way that the past looked and felt, as well as the character that those buildings give to both country towns and more particularly to the inner city area."

There is one advantage that many pubs have on their side: history. Councillor Rohan Leppert at the City of Melbourne is the chair of the arts, culture and heritage portfolio, and is currently in the process of bringing Melbourne’s 30-year-old heritage controls up to date. The most radical change that Leppert is striving for is to broaden the definition of heritage, so that it includes not only the architectural value of a building, but also its social significance. "The pubs around Melbourne might not always be the most architecturally significant buildings, but they have incredible social significance which our heritage controls aren’t always willing to protect. We need a shift in our thinking," he says. "Pubs are special… and the public and the community are just not going to accept a system where social heritage is not valued to the same extent as architectural heritage. One way or another, government is going to have to catch up to this community sentiment."

Cr Leppert is working closely with heritage experts on his mission to champion social heritage. One such expert is Felicity Watson, advocacy manager at the National Trust of Australia. She cites the Greyhound Hotel as an example, which became the heart of Melbourne’s LGBTIQA community and in particular, drag queen culture, for many years. "These buildings are more than just bricks and mortar – they are communities in and of themselves," she says. "They’ve reinvented themselves over time, but the constant has been the meeting place that they’ve provided." The Greyhound wasn’t deemed eligible for architectural heritage protection, so the National Trust worked to make a case for social heritage, through workshops, interviews with community members and archival research. Unfortunately, all of this came too late. "We’re trying to learn from those experiences and try and take a more proactive approach to identifying places before they come under threat."

"The best thing that people can do is support their local," says the National Trust's Felicity Watson. "If a pub has a viable business model, it’s more likely that it will have a secure future. Go have a beer, have a parma, go see a band play or go to your local quiz night..."

"Find out whether the place you love has heritage protection," Watson adds. "And if it doesn’t, contact the council and find out if anything can be done. Once a heritage assessment has been done and that place has been found to be significant, that provides council with the strategic justification to pursue heritage protection for that place."

"The other thing people can do is join the National Trust. We are able to provide support for our members to fight these battles, and resources that assist people to navigate the complex planning processes."

"I’m a great believer in people taking to the streets," says Dr Clare Wright from La Trobe University. "People need to turn up to council meetings where these decisions are being made, they need to use people power to show that the communities values the buildings and that the developers aren’t the only ones who get to have a say in how our streetscapes look." 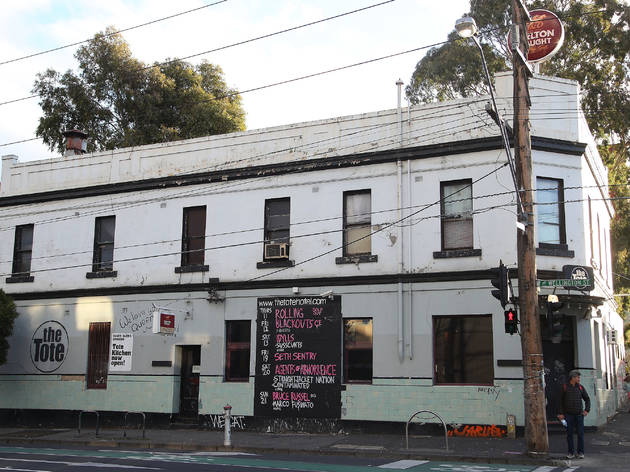 After protests against prohibitive state licensing laws, this grungy beer-fuelled band room was saved from closure in 2010. 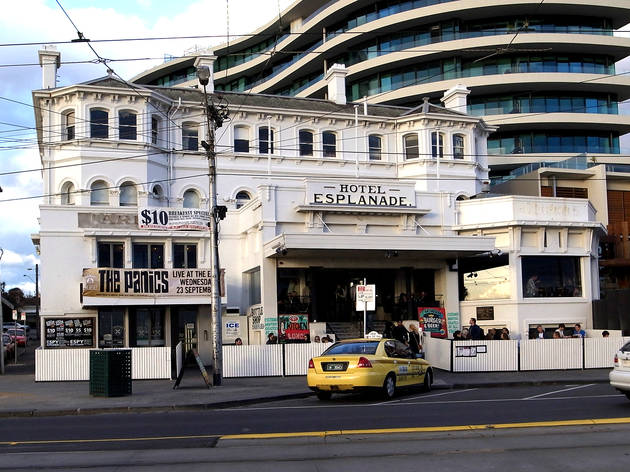 This 139-year-old St Kilda live music stalwart will re-open as a live music venue after closing two years ago after being purchased by hotel group Sand Hill Road. 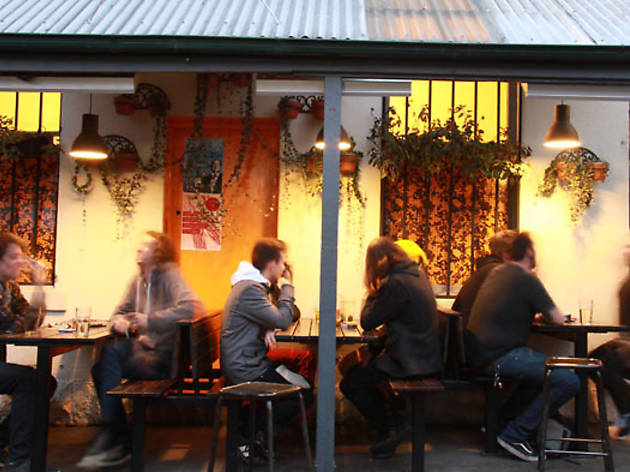 This rock’n’roll-loving community hub is currently up for sale as a potential development site. 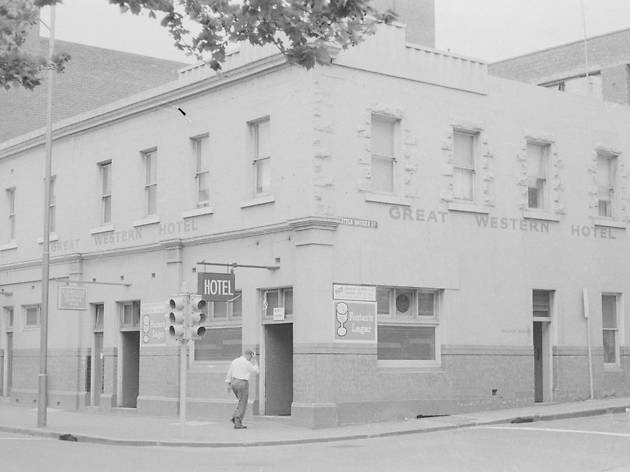 This Gold Rush-era pub was recently purchased by a developer, who lodged plans for a 26-storey apartment tower to be built on the site. It doesn’t currently have heritage protection.
204 King St, Melbourne 3000 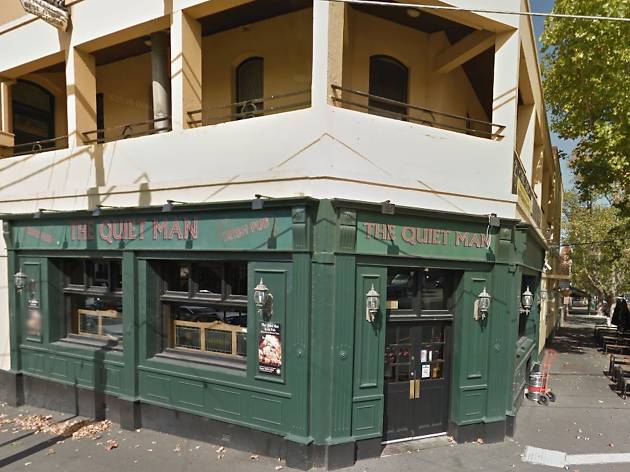 This Irish watering hole might have seen its last St Patrick’s Day: a ten-storey development application has been lodged by new owners, which city planners are currently assessing.
271 Racecourse Rd, Flemington 3031 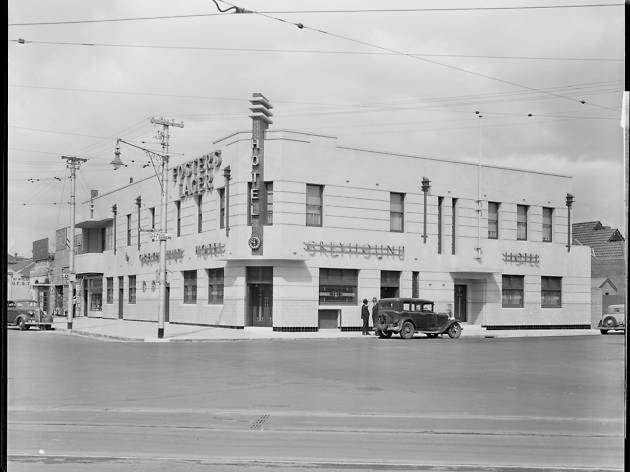 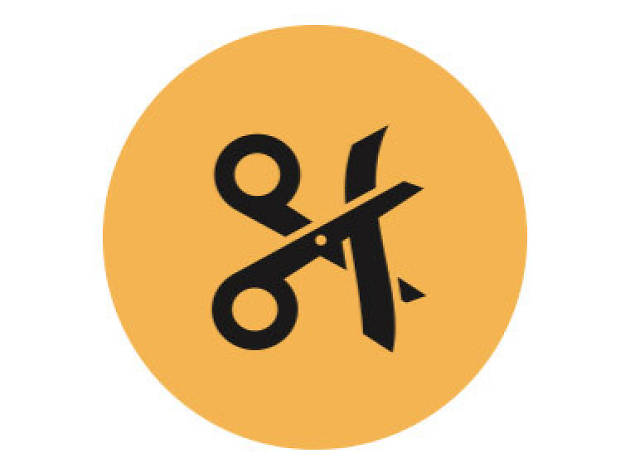 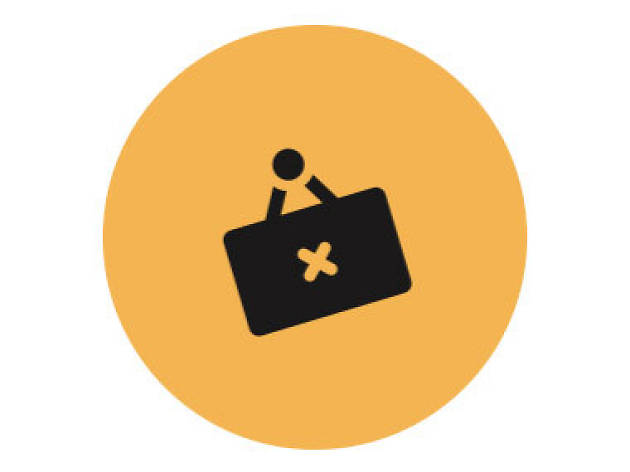 Hundreds of pubs closed by the Licensing Reduction Board, which enforced a maximum number of pubs per number of ratepayers in every suburb. 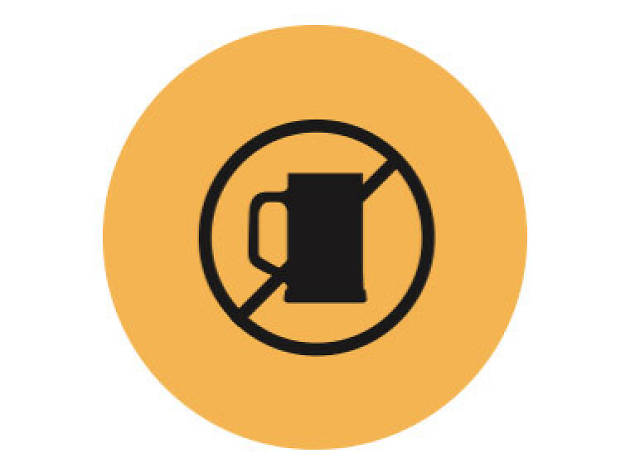 Victorian pubs are not permitted to serve drinks after 6pm, as legislation enforced during the First World War remains for 50 years. The mad rush of workers to drink as much as possible between finishing work at 5pm until 6pm became known as the ‘six o’clock swill'. 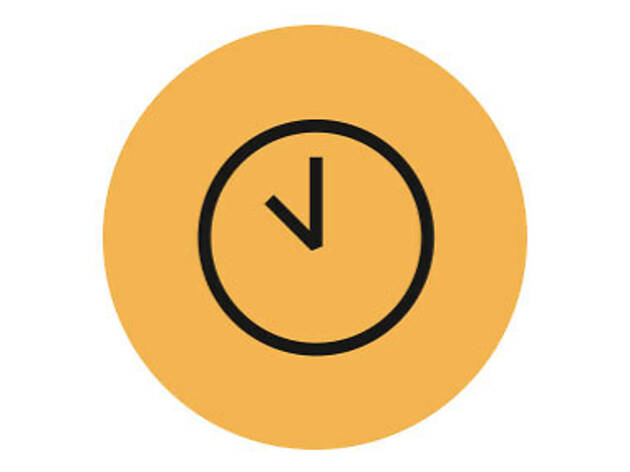 Victoria is the second-last state in Australia to lift the ban, with opening hours extended to 10pm. 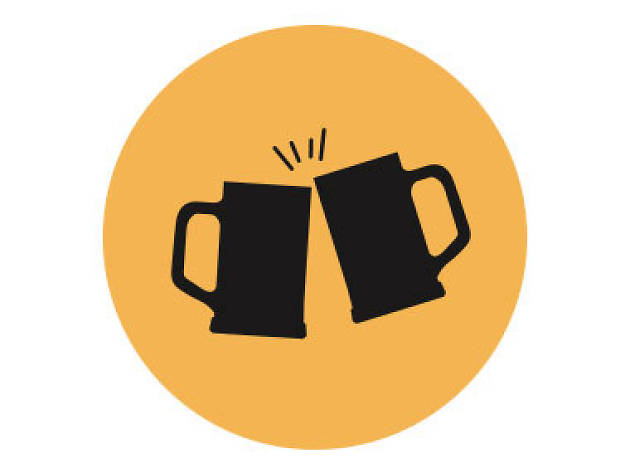 After a lengthy review process, Victoria’s licensing laws become the most liberal in the country. Restaurants can sell alcohol without meals and pubs are no longer required to provide food and accommodation. Many new liquor licenses are granted to venues across Melbourne. 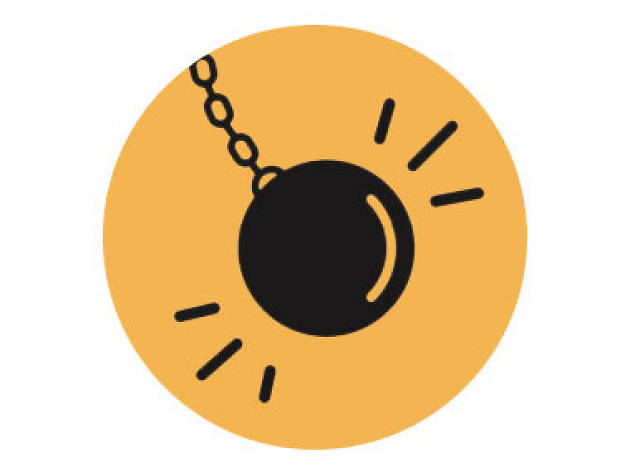 Melbourne’s property boom means that more than 30 pubs on lucrative, large corner sites are sold to developers and demolished. 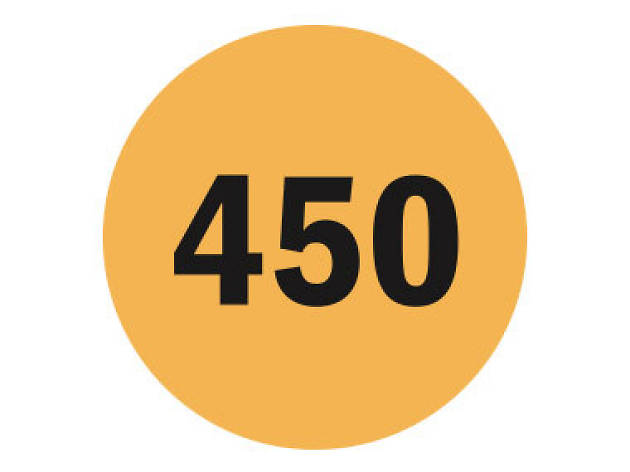 What makes a great publican? 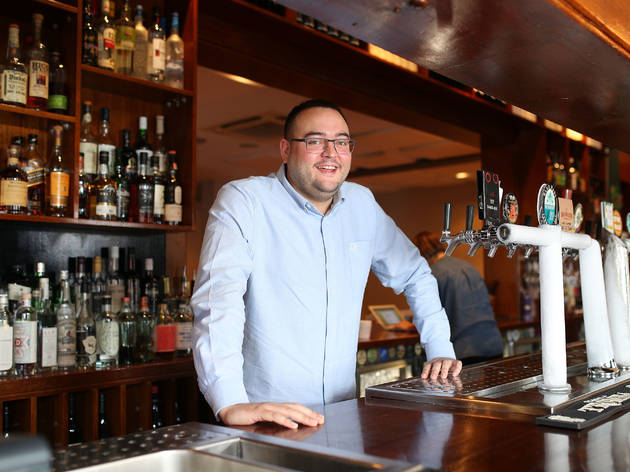 What does it take to run a successful pub? We sit down for a drink with Pub Award-winning Melbourne publicans running a tight ship. 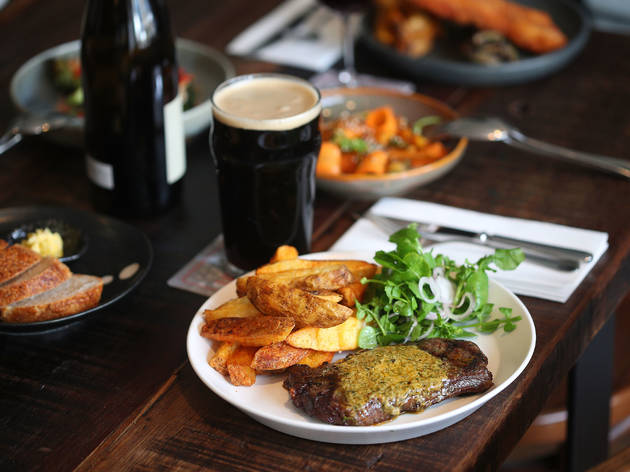 Here it is, Melbourne: your unrivalled guide to the best watering holes in the city. These are the pubs with the best beer lists, the most delicious parmas, the most rocking live music line-ups and the friendliest publicans.