Where to watch Super Bowl 54

One of the world's biggest sporting events is just around the corner. If you're brave enough to head out, make sure you don't miss out on watching it at one of these sports-crazy spots

Calling all sports fans, it’s that time of year again when the clatter of helmets and the thud of colliding body parts play the percussive rhythm of the iconic sporting event that is the Super Bowl. After 16 weeks of regular season and three weeks of post-season clashes, Super Bowl 54 will be contested by the San Francisco 49ers and the Kansas City Chiefs, with Jenifer Lopez and Shakira performing the half time shows and Demi Lovato singing the national anthem.

The Super Bowl is one of the most-viewed sports matchups in the world, and although it will begin in Hong Kong at the dire time of 7:30am on Monday, February 3 – better get booking the morning, or whole day, off – there are plenty of Hong Kong sports-crazy establishments that will be airing the spectacle, some offering pretty awesome food and drinks deals, too!

RECOMMENDED: Since there are still no plans to cancel the Hong Kong Sevens, we're always looking forward to seeing these characters at Rugby Sevens.

Where to watch Super Bowl 54 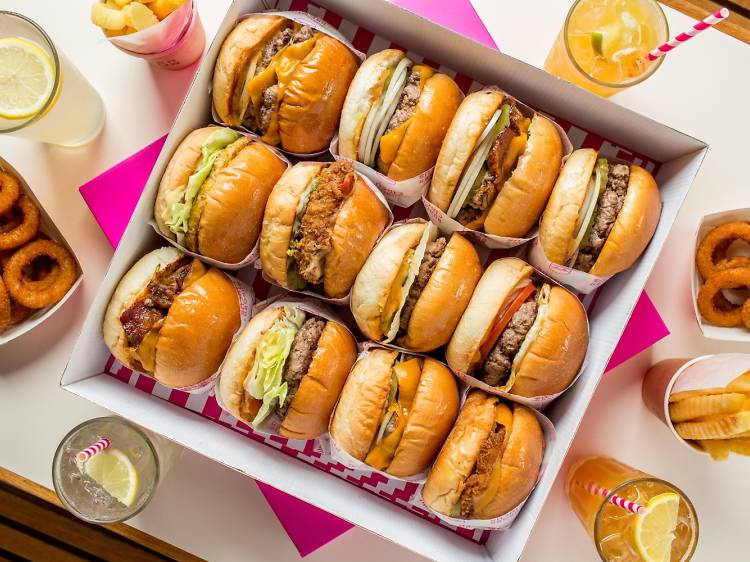 Burger Circus is gearing up for the big showdown, so rally your squad on the morning of Monday, February 3 to take part in a great American pastime and watch Super Bowl 54 live! Get pumped with the gang for the game of the year for $288 per person plus 10% service charge. The fee includes free-flow drinks like beer and house-made sodas and unlimited classic American fare like cheeseburgers, wings and jalapeño poppers flowing during the game. 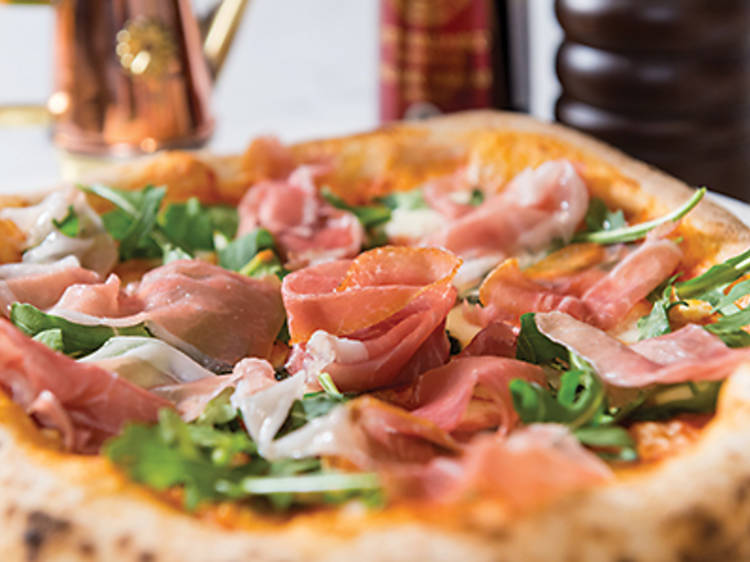 One of the largest Italian restaurants in the city, Ciao Chow will certainly be an atmospheric place to watch the big game and enjoy the festivities on Monday morning. There will be an American breakfast for $158 as well as three hours of free-flow Peroni beer for only $150 and a fans promotion that allows buy-one-get-one-free on beer for all those wearing their team’s uniform. Time to dig out that jersey! 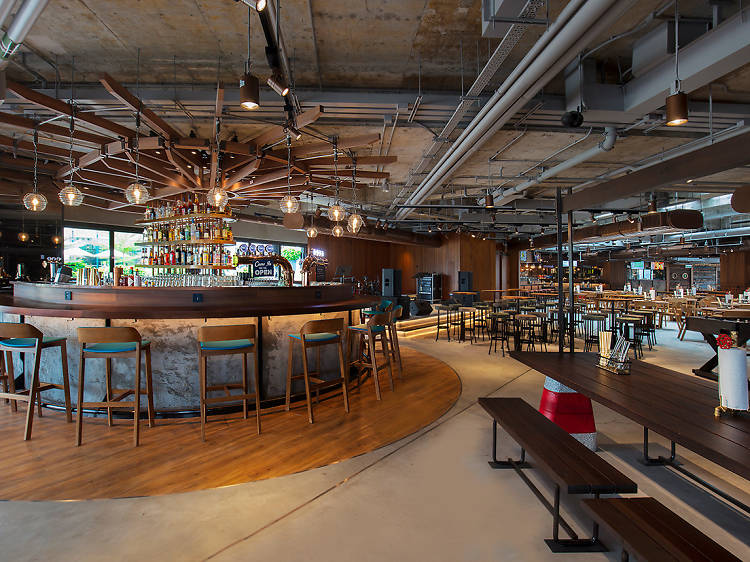 For all those wanting to watch the game in relatively calm surroundings (or those who are working after and want to avoid the alcoholic delights offered at other locations), The Dockyard at Kerry Hotel in Hung Hom is a great option, with proceedings starting at 7am as the establishment offers its regular food options and free-flow coffee and tea for $35. Relax, watch, cheer a little, and then get your butt to work! 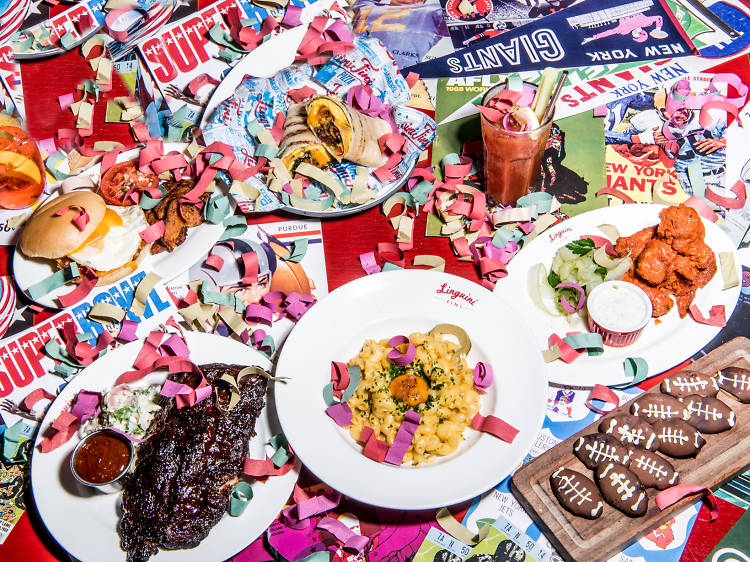 This popular Italian eatery will be going all-out on Monday morning from 7-12pm as it airs the big game on a big screen and offers all-day breakfast with free-flow drinks. The food on offer includes Sandwiches and Breakfast Wraps. On the meatier side there are juicy Buffalo Wings with Gorgonzola aioli dip and succulent BBQ Ribs, as well as specially-themed Football Cookies served throughout the game.

To wash this all down enjoy free-flow Aperol spritz, bloody marys, Asahi beer and sodas for $450 plus 10% service charge. 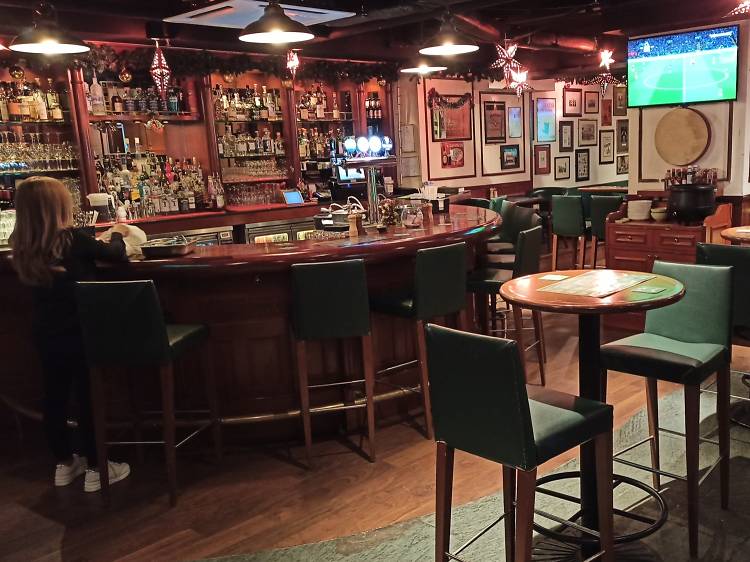 Delaney’s will be airing Super Bowl 54 in true Irish style, with a carving station from where hungry revellers can take succulent honey-glazed Limerick ham. There’ll also be breakfast favourites from scrambled eggs and Irish pork sausages to baked beans and fried mushrooms, and for all those that want to enjoy the event with alcohol, the bar will be operating at happy hour prices for the duration of the game. 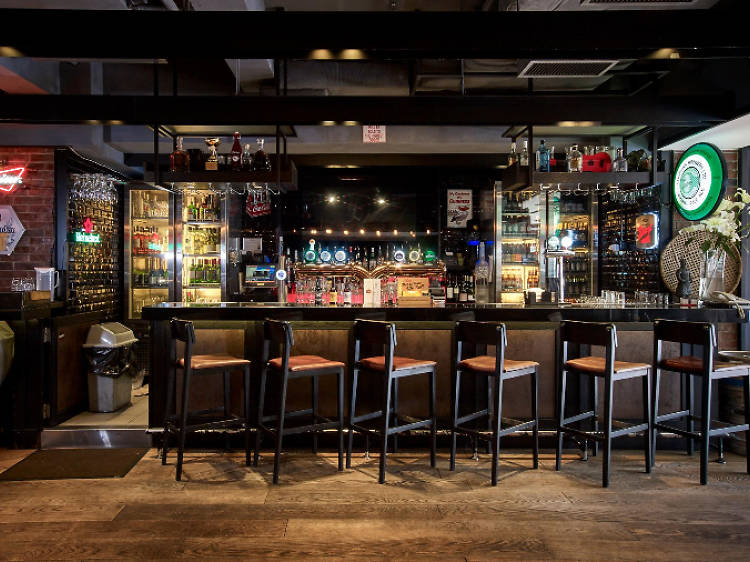 Among diehard sports fans’ staples out in K-Town, Forbes 36 is well-known for going to lengths to show a wide variety of sports events, no matter the time. True to form, they will be airing the big game and offering a full breakfast with two drinks of your choice for $399. If you’re still thirsty, not to worry, as the bar will be open! 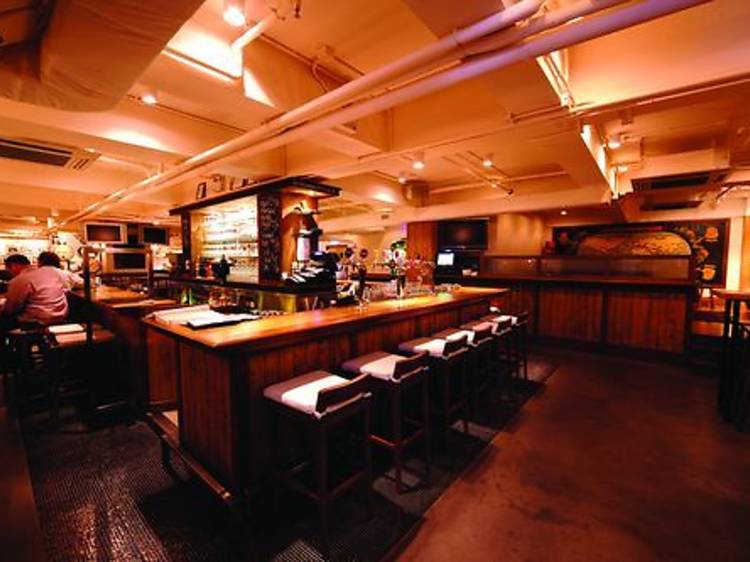 Hong Kong’s best beer bar will be opening at 6:45am on Monday to offer the sports-mad and hungry a small breakfast menu and their impressive selection of local and international craft beers, to accompany the game. 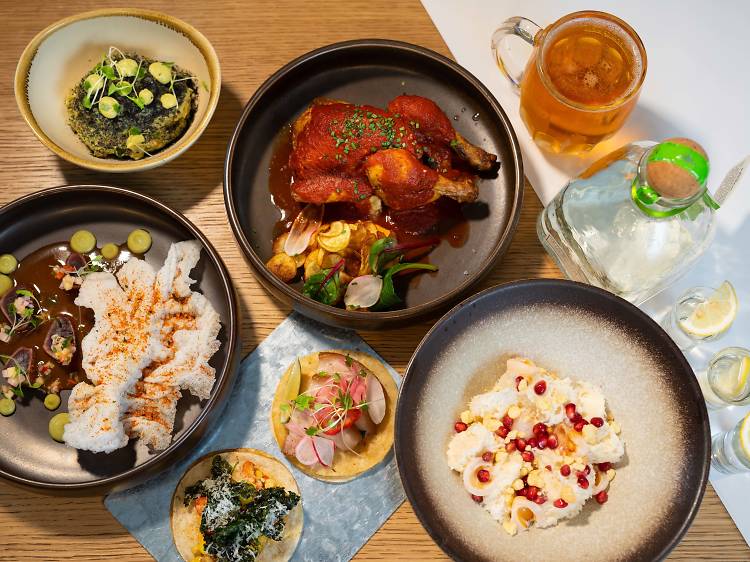 Both locations of this popular Mexican joint will be going loco on Monday morning, offering two hours free-flow margaritas, micheladas, beers and wines for only $180, so you can watch the game and fiesta until you fall. 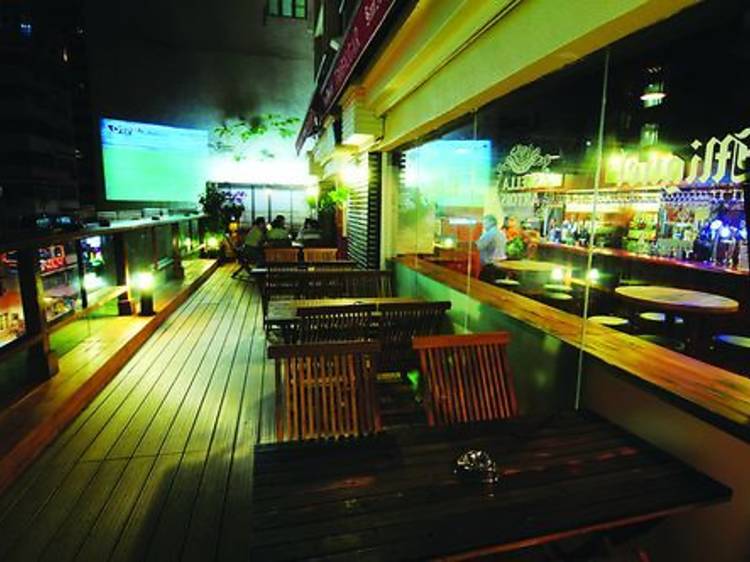 Lager? Ale? Stout? Trafalgar's got you covered, not least for the Super Bowl, when you can watch the game at the bar and sip away on a selection of their brews whilst easting their special Superbowl all-day breakfast for $200 including one non-alcoholic drink. This could be a winner for sports nuts with a penchant for beer supping!

In the mood for sports? 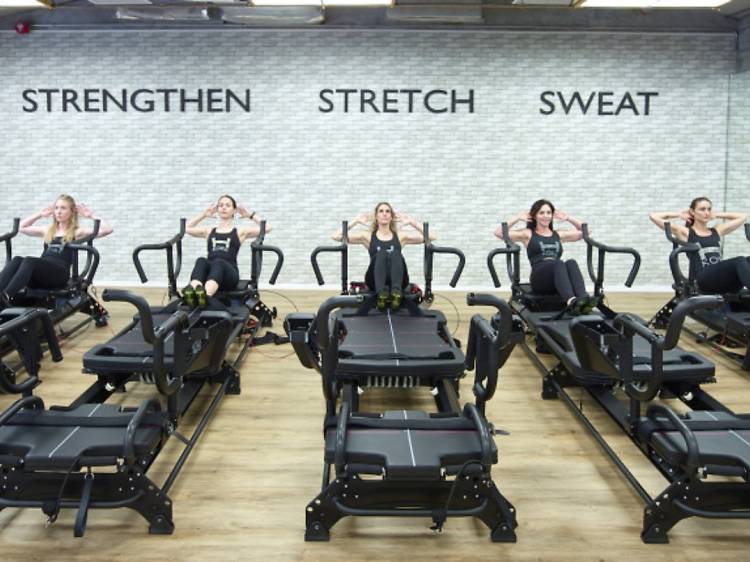 Best targeted workouts and where to do them in Hong Kong 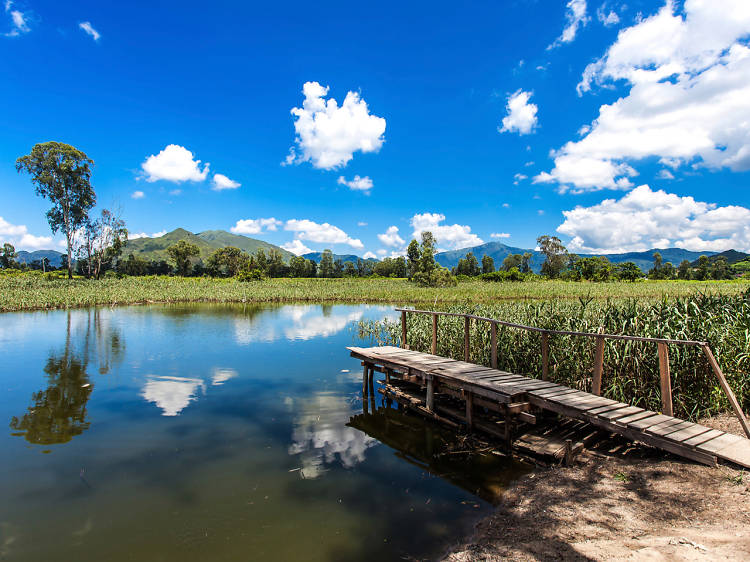 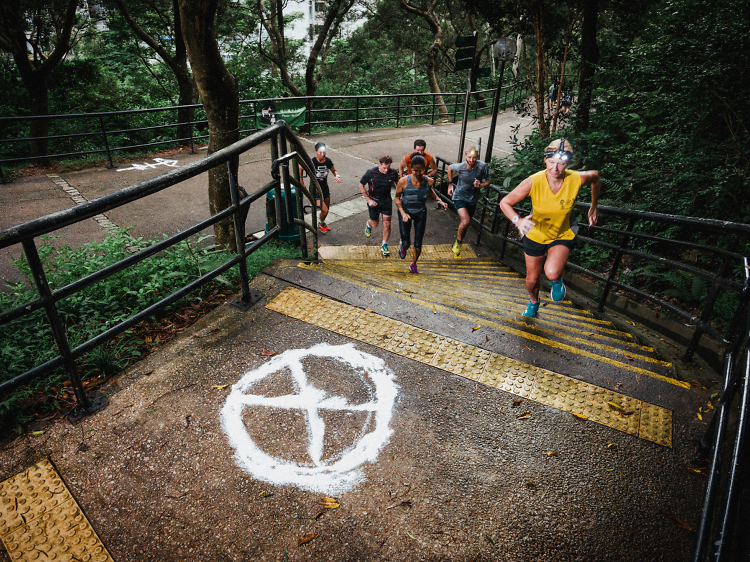