It’s not the July we were expecting, but as the city gradually reopens, we’re ready to make the best of it and soak up everything London has to offer (and hopefully some sunrays, too). Many of the events and things to do that would usually be taking place in London this July have been postponed and cancelled to ensure event-goer safety (which means no Wimbledon tennis Championships). But London’s brilliant and ever-resourceful artists, performers, experts and craftspeople are still bringing the fun to you. As the swimming pools reopen, you can make a splash in one of the city’s lidos, have a socially distanced meal outdoors or book in for a cocktail in one of London’s best rooftops bars. Here’s our guide to the best exhibitions, events and things do that are still going ahead this July 2020 in London.

The best July events in London 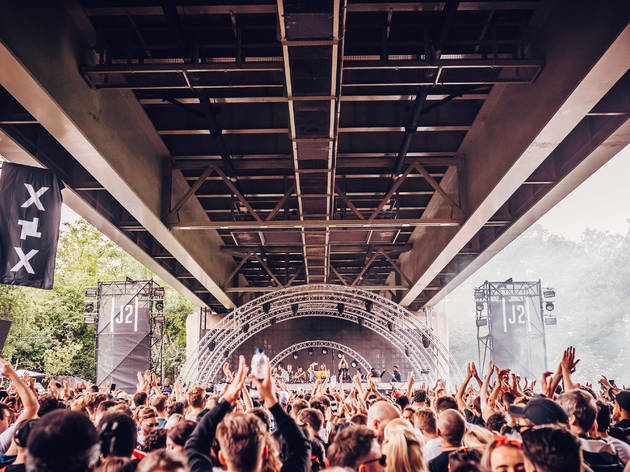 One of the slow-burning success stories of London’s summer dance music scene has been Junction 2 – a west London dance music festival, held under the M4 motorway, close to Boston Manor tube in Brentford. Obviously, this year it’s off because of The Bad Thing. So, instead, organisers are putting on a virtual six-hour party. On the line-up? Adam Beyer, Alan Fitzpatrick, Anna, Bart Skils, Joel Mull and more. The event, running 6pm-midnight on Saturday July 11, will exist in a ‘3D digital setting’ called J2v. No matter where you’re standing, you’ll be able to see the stage. 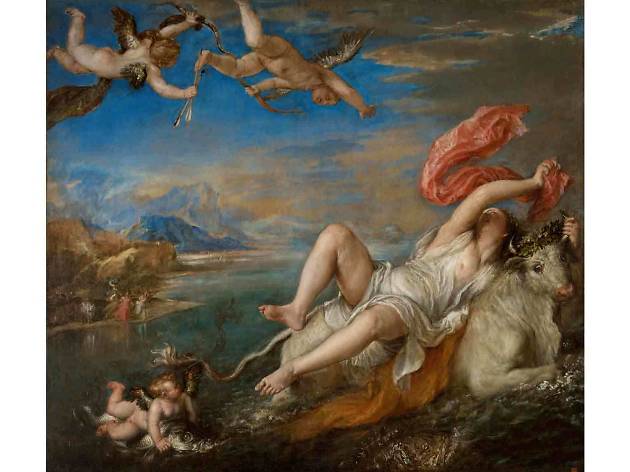 The National Gallery was the first of London’s major institutions to reopen its doors, on Wednesday July 8. To keep in line with social distancing rules, the gallery has switched up its layout – you’ll need to pick one of three one-way ‘art routes’ through for a partial view of its collection. Or you can book a ticket to its reopened exhibition ‘Titian: Love, Desire, Death’, which our reviewer gave a full five stars back in March. As he put it: ‘It’s taken 500 years for these pictures to be reunited, but it’s been more than worth the wait.’ 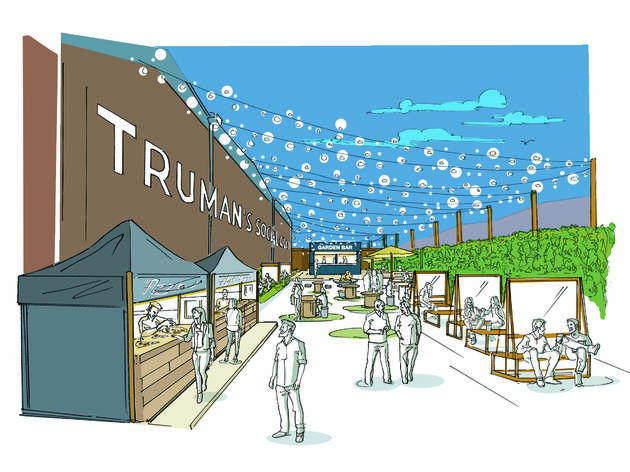 Can’t wait to have a freshly poured pint with your mates with street food and actual toilets to hand? The folk behind east London craft brewery Truman’s have heard our call and have opened what they’re calling ‘the biggest socially distanced pub and garden’ to London. The brewery has transformed a 35,000-square-foot venue in Walthamstow into Truman’s Social Club,  which allows plenty of space for social distancing. As with every other pub in London right now, you’ll have to pre-book to get a seat. 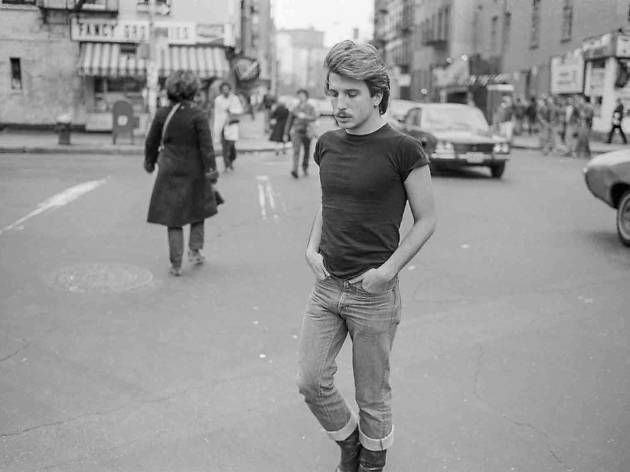 Good news! The Barbican is reopening its doors on Monday July 13 and its acclaimed exhibition ‘Masculinities: Liberation through Photography’, which shuttered in March, has extended its run (but you’ll need to book your ticket in advance). The challenging, sprawling photography show is full of moments where ideas of masculinity are flipped and reversed – rather than celebrating what it means to be a man, it undermines it, subverts it and totally reshapes it. It makes you walk away asking infinite questions. 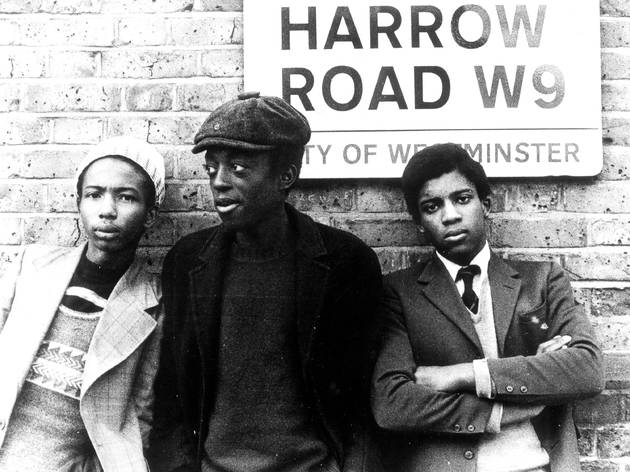 Launching on Monday July 13 on BFI Player, Who We Are is a collaboration between the BFI and We Are Parable, who will be taking over BFI Player for a week-long festival celebrating Black British cinema. Subscribers to the on-demand cinema platform will be able to catch gems like Shola Amoo’s ‘The Last Tree’, Horace Ové’s seminal ‘Pressure’, Noel Clarke’s ‘Adulthood’, Julian Henriques’s groundbreaking musical ‘Babymother’ and Campbell X’s LGBTQ+ romance ‘Stud Life’. 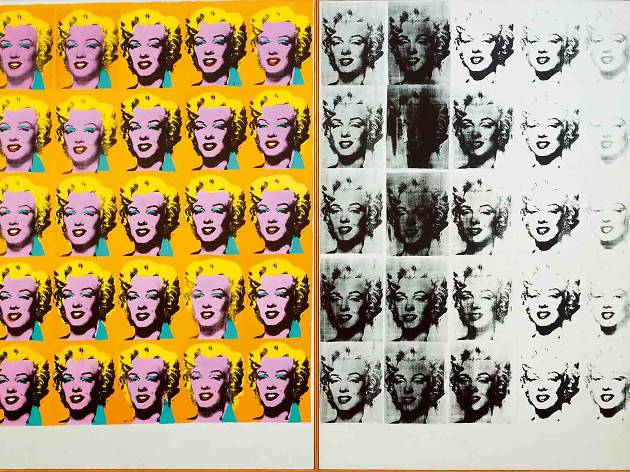 Tate Modern’s ‘Andy Warhol’ show was open for just a measly five days before lockdown hit but soon it will rise again, like Christ in a silver wig. The retrospective will officially reopen with the gallery on Monday July 27. It features works that are so much a part of our world’s cultural fabric – such as his iconic images of Elvis, Marilyn Monroe and soup tins on repeat – that actually seeing them feels unreal, uneasy and a little bit magical. 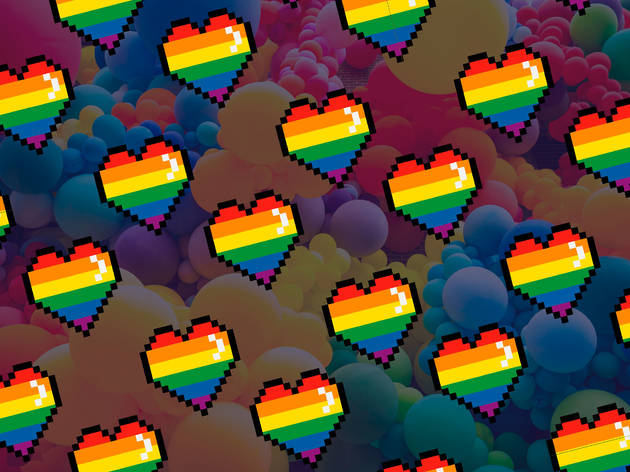 The Pride in London parade – which was scheduled for July 6 –did not take place, for obvious reasons. On March 23, the event’s organisers made the decision to cancel the parade to keep in line with government guidelines and protect people’s health. Since then, the LGBTQ+ community has gone on to shape the world of ‘virtual events’. The digital ante has been upped. Find the parades, live-streamed DJ sets and digital debates that are keeping the LGBTQ+ community connected during lockdown, right here. 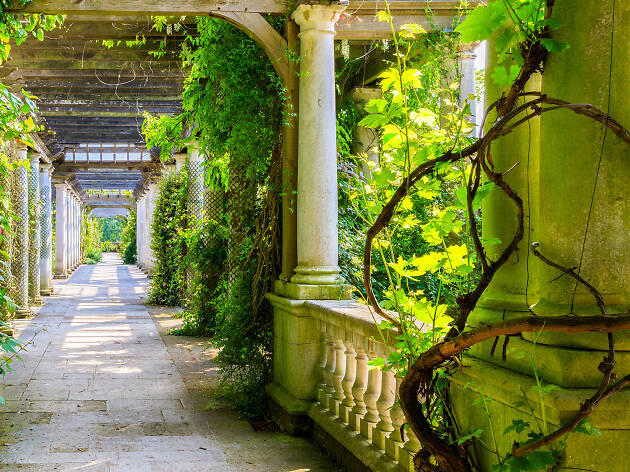 As lockdown starts to lift, we’ve started to think about getting out of our homes and absorbing a big dose of nature. Here are some greener parts of the capital, which will hopefully be free of crowds at the moment. From nature reserves to community plots, we’ve uncovered some of the city’s best-kept secret gardens and you’ll find our picks – unlike the major green spaces and Royal Park heavyweights – tucked in the shadow of an office building or growing quietly behind a bustling street. 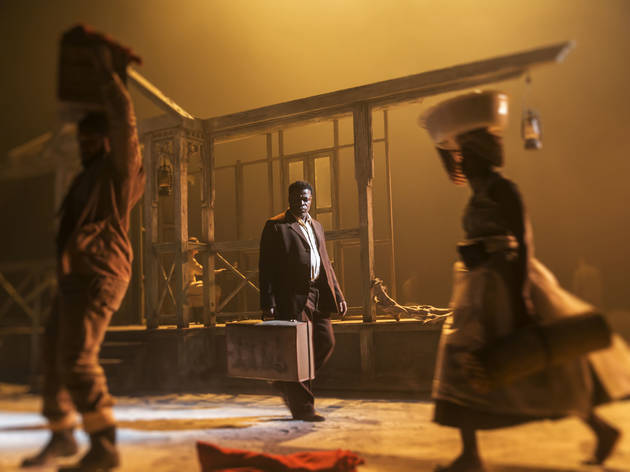 When we all became housebound, theatres and theatre companies all around the world began opening up their digital archives: right now you can probably see more theatre shows – plus dance and opera – from your living room than you could watch in a year going out in London. Every Thursday until July 16, the National Theatre will release one of its blockbuster shows to stream, free of charge. Find out what’s coming up here. 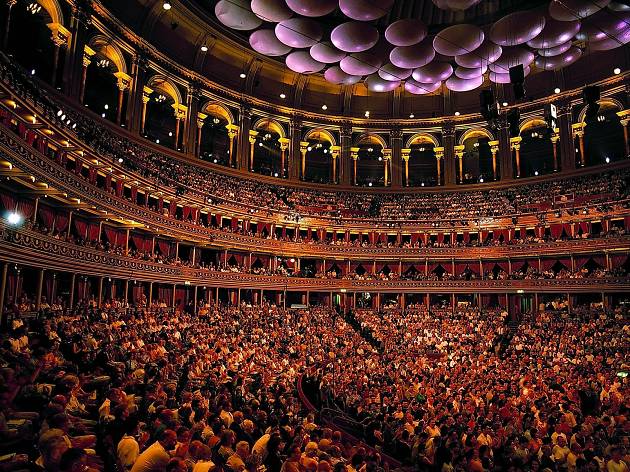 Don’t pack away your Union Jack flags yet! The Proms will still be going ahead this year, sort of. The organisers of the longest-running classical music concert series in the world, which turns 125 this year, have revealed plans for a new, digitised version of the Proms involving eight weeks of broadcasts across television, radio and online from July 17 to September 12. The traditional ‘Last Night of the Proms’ may not be quite what we’d expected, but at least we’ll still be able to wave our flags at home – and beat the huge queues. 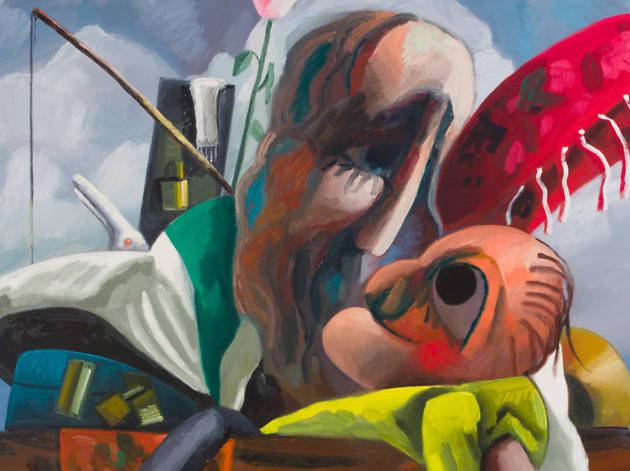 Painting, schmainting. All anyone cares about these days in galleries is immersive installations, video works and conceptual interventions. So a show of just boring old painting is quite a bold move for the Whitechapel Gallery. And here we are, stood in a plain white room with some canvases nailed to the wall. No gimmicks, no shtick, just painting. Eerie. Revisit the show (which closed in March) from Tuesday July 14. 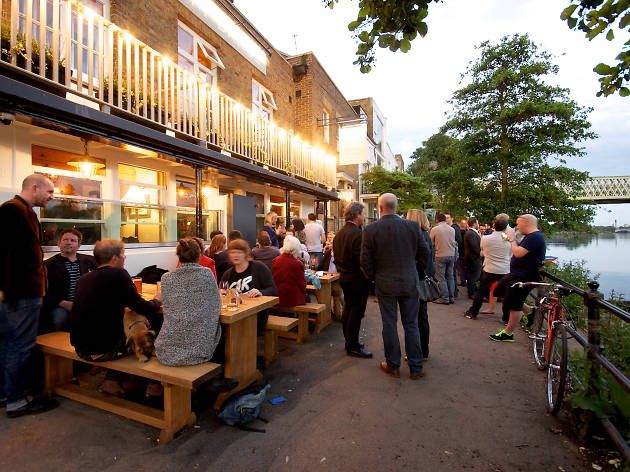 On July 4, it became official: we’re allowed back in the pub. A large number of the boozers from our ‘best London pubs’ list have recently taken to websites and social media to announce they are now taking bookings for drink-ins (not just takeaway pints). So far we reckon that it’s 30 from our list of 57. Many will remain closed for now, though. Small, independent pubs (the ones Time Out loves the most) have been finding the obstacles of social distancing harder to navigate than the behemoth boozers will. Check ahead to see if your favourite bar has reopened its doors. 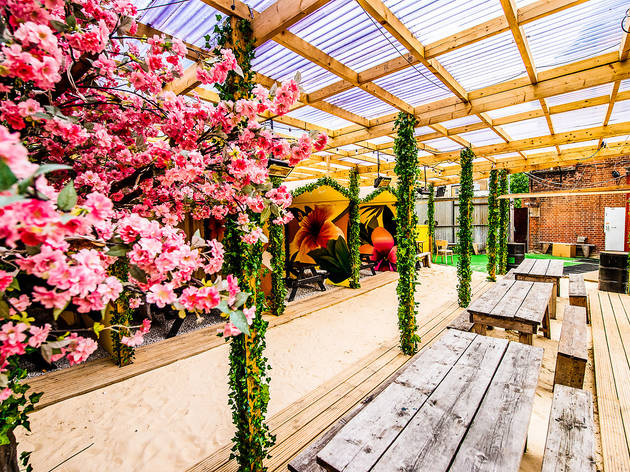 South London venue Brixton Jamm’s outdoor areas have been renovated with spaced-out booths and picnic benches to create The Brixton Courtyard. It launched on Thursday July 9 and has three rainproof areas: The Courtyard, The Beach and The Garden. Each one will be hosting different events throughout the summer, from DJ sets to supper clubs. There’ll also be a rotating selection of street food each week, starting with SteakHaus. Already booked in for July are sets from Little Gay Brother, Friendly Fires and Norman Jay. See what’s on and book here. 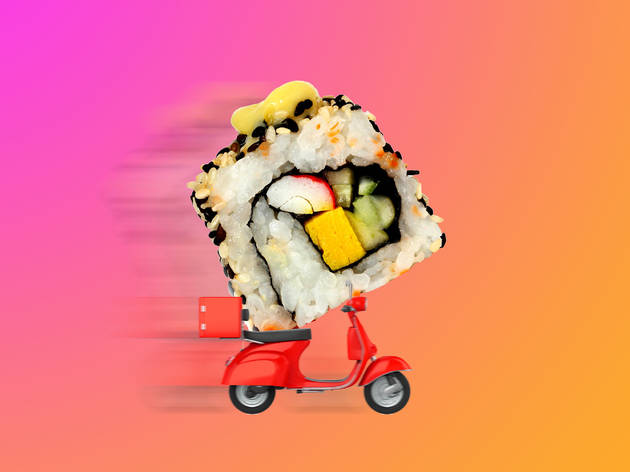 Not quite ready to eat out just yet? Don’t worry, so many of London’s greatest restaurants are still doing home delivery. From Italian to Chinese, here’s our pick, if you fancy eating in style without having to set foot outside. Remember that details change all the time, so always check with the venues’ websites before you set your heart on that takeaway of your dreams. 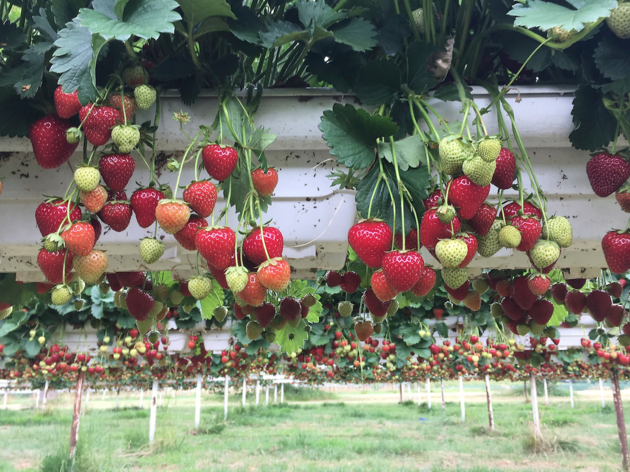 Sick of supermarket plastic? Go straight to the root (or vine) with a day of fruit and vegetable picking on these farms in and around London. For obvious lockdown reasons, the pick-your-own season has had a slow start, but many farms have now reopened to visitors, with some restrictions in place to allow for social distancing. Farms may close when overcrowded, so make sure you call ahead when planning your visit. And no eating while you pick; keep all your juicy finds in their punnets for weighing up. 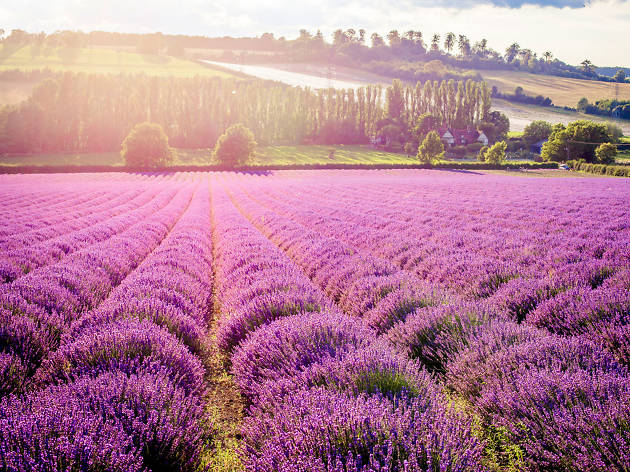 It may be known for its sleepy scent and soothing properties, but there’s nothing dozy about the explosion of colour in the purple haze of London’s lavender fields. Lavender season typically runs from May to September, peaking some time near the end of August. For those wanting to lay their eyes and nose on this year’s epic bloom, London and its surrounding areas have a sweet selection of sweeping lavender fields. 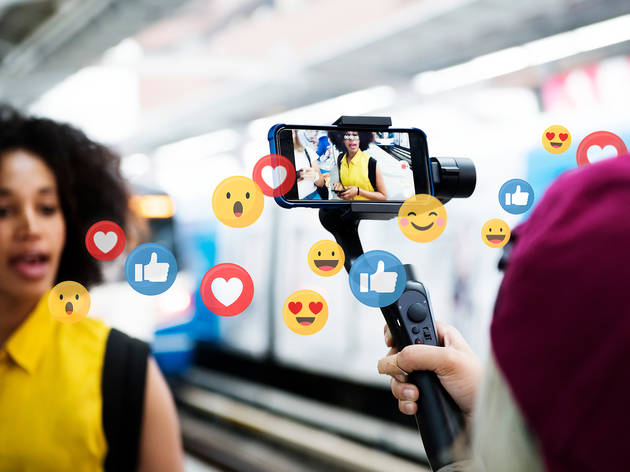 Being stuck indoors doesn’t mean the fun of going out has to stop. While you may not be able to go out in crowds, London’s wealth of drag artists, comedians, singers musicians and pub-quiz hosts are still raring to put on live shows. Scores of live events, workshops and festivals have found a new life online. Fill your evenings with drag aerobics, living room operas and surprisingly hard film quizzes. 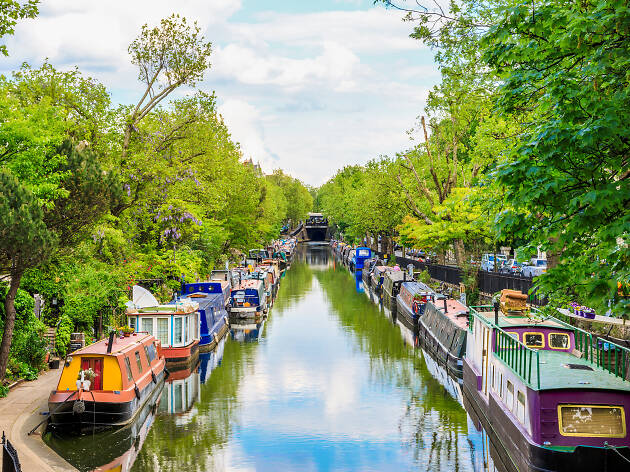 Have you been taking ridiculously long walks in lockdown? Us too. While going on foot has been a great way to avoid the anxiety caused by public trasport, it’s important to slow things down and use those legs for pure exploration too. If you're looking for someting to occupy your time on a weekend or day off, why not walk the city’s streets, canal paths and parks to appreciate the beauty London has to offer. 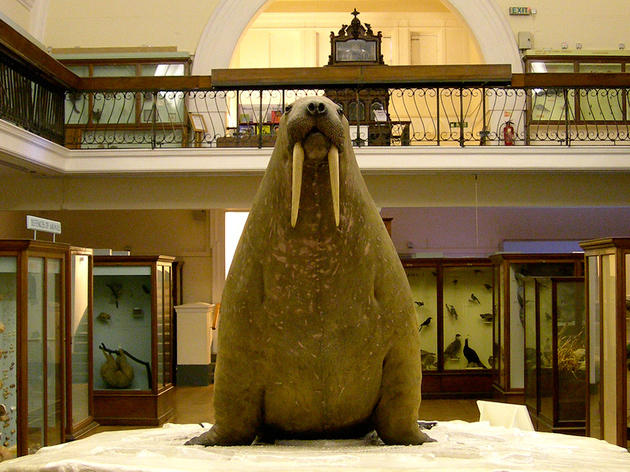 Squeaking in right at the end of the month, the Horniman has scheduled its reopening for July 30. If you’ve never been, take this moment as your excuse. The anthropological museum, contained wirthin an eccentric-looking art nouveau building, is not only filled with wonderous artefacts, it’s surrounded by  extensive gardens. The Natural History Gallery is dominated by an ancient walrus (overstuffed by Victorian taxidermists, who thought they ought to get the wrinkles out of the animal’s skin). We can’t wait to see the big guy’s face again.