There are plenty of reasons to celebrate the new decade, and we're giving your our favorite 15!

Kickstart 2020 with awesome things to do with kids in NYC. From new Broadway shows for kids to cool offerings at the best children's museums in town, our stellar list will help you map out the perfect year.

Why not start things off with a quick trip to outer space? Beginning Jan 21, the American Museum of Natural History will debut the new Hayden Planetarium Space Show, "Worlds Beyond Earth." Academy Award winner Lupita Nyong’o narrates the engrossing story about other worlds that orbit the sun. Sounds like this will be quite the expedition! BUY TICKETS

In early 2020, a 4,500-square-foot, 24/7 Krispy Kreme is slated to open in Times Square. This ain't your average doughnut shop: The 1601 Broadway outpost sports a glazed waterfall, a "doughnut theater" and a much-needed grab-and-go counter. (Now you won't need to worry about being late to practice for snatching an after-school snack!)

Does your family host the We Bare Bears on a regular basis? Can't refuse a Powerpuff Girls marathon? If so, you'll want to book a trip to the debut Cartoon Network Hotel in Lancaster, PA. The nine-acre family destination includes 165 themed rooms, a resort-style outdoor pool (designed with Finn and Jake in mind), an arcade with nods to Ben 10, a full-service restaurant and homage to characters past and present. It opens Jan 10! BOOK A STAY

Trust us, you'll want to stick around for funny, lovable antics from Puppetsburg. Venture to Time Out Market New York's fifth floor stage (55 Water St, Brooklyn) as the marionette entertainment kickstarts Sunday mornings on a high note (from Jan 5–Apr 12 at 10:30am). With a new theme each week—such as "Farm to Table with Old McDonald," "The BEYONCE Show" and "Clementine Goes to Burning Man!"—we have a feeling you'll be as equally entertained as the kiddos. BUY TICKETS

Brooklyn is expecting a few prehistoric guests in February! Head to Barclays Center (Feb 20–23) for Jurassic World Live, which will feature 20 life-sized animatronic dinos—some of which are 40 feet in length—a thrilling score and a captivating tale. It's a must for the paleontologists in your crew. BUY TICKETS

Time to get excited, dearies. Mrs. Doubtfire is getting the Broadway treatment this spring! Prepare to laugh, cry and say "HELLOOO" to an exciting outing on the Great White Way. The official open is slated for Apr 5. BUY TICKETS

While it might be time to bid adieu to DreamWorks Trolls: The Experience, NYC is making up for the loss with Trolls LIVE (June 13–14 at the Hulu Theater at MSG). In their first-ever live tour, the cheerful and colorful Trolls are tasked with an important mission: Saving Hug Time before it's too late. Think Poppy and her pals are up to the challenge? BUY TICKETS

Calling all engineers! The largest LEGOLAND theme park Merlin Entertainments has ever built is opening in Goshen, NY on July 4, 2020! There are plenty of ways to tinker with your free time while at the kids' theme park:  Take a ride on the Duplo Express, a LEGO-themed train ride that is way cooler than the subway, Splash Battle, a water cannon game with LEGO pirates, a driving school (no license required!) and so much more! You'll have to see it for yourself!

No summer in NYC is complete without a few trips to Coney Island. The retro seaside nabe is celebrating a milestone this year: the 10th birthday of Luna Park. Thrill-seekers can expect new rides at the start of the season (typically in early April) including a new log flume, ropes course and coaster. We can't say no to that!

New Jersey SEA LIFE Aquarium—the largest aquarium brand and the first of its kind in the northeast—will open this spring at the American Dream Mall. Visitors can expect to catch a glimpse of 3,000+ creatures in a 25,000 square-foot-space that's modeled after NYC. BUY TICKETS.

Brooklyn's waterfront green space is one of our favorite places to venture during the summer months. Who can resist free kayaking in the East River and a stroll through the splash pad at Pier 6? We certainly can't! The only thing that would make the haven a bit more enticing during the warm weather is a pool. Although the Pop-Up Pool met its demise, we can expect a permanent pool in Squibb Park near Pier 1 to open "no later than summer 2020" according to a press release from the park.

Meet the Water Main, your family's new favorite place to splash. After visiting the famed New Jersey theme park, kiddos can cool off with multi-zone pools, a slide tower, an obstacle course and in-pool basketball.

The mobile Bronx Children's Museum, which has been riding around town for 10 years, will finally open the doors to its permanent location at the end of the year. The 13,000 square-foot space is along the Harlem River and is expected to include exhibits on the community arts, natural sciences and early learning.

We'll admit: Sometimes we actually don't mind leaving NYC. (We know, we know...) If you're going to travel, might as well make the most of your getaway! Fortunately, Mickey and co are at the ready to entertain with a slew of family cruises for 2020: Halloween on the High Seas, Very Merrytime Cruises and other great Disney Cruise Line Adventures. Ahoy, Mickey!

It's been rumored that Hamleys, the oldest toy store in the world, will set up shop in Herald Square this year. Can you imagine all of the excitement around the holidays with Hamleys and FAO Schwarz in Midtown?! We'll say a prayer for our wallets now. 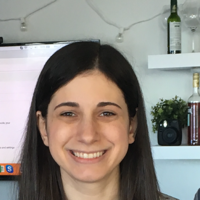