We're willing to bet not a soul out there will miss 2020.

After such a difficult and draining year, New Yorkers are very much looking forward to bright days ahead. As we look toward the new year, we've rounded up great things families need to do in 2021. From exhibit openings to new parks, NYC has fun options coming down the pipeline.

Check out what to put on your list. Cheers to a happy and—most importantly—healthy new year. 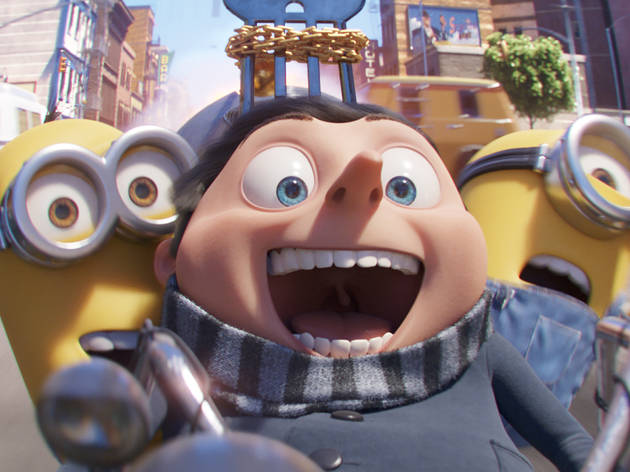 Fairytales, superheroes and plenty of stories surrounding man's best friend are coming down the pipeline! We've rounded up the best kids' movies 2021 has to offer, and we're certain you won't want to miss a thing. There are Disney princess movies, fun animated flicks and page-to-screen adaptations to look forward to, including Cinderella, Luca and Clifford the Big Red Dog. Since it's probably going to be hard to pick a favorite, we recommend you see them all and judge for yourself. 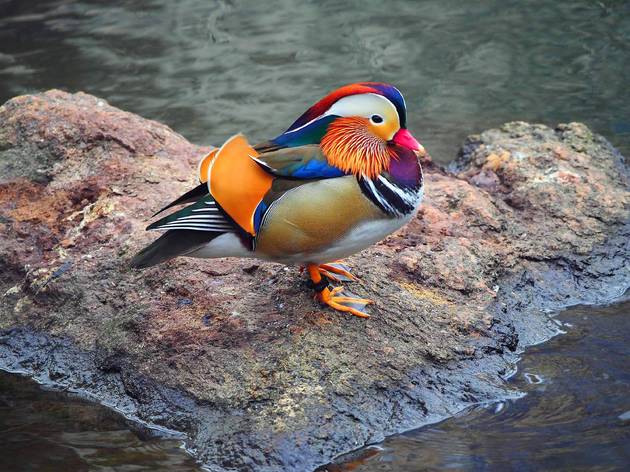 Perhaps you recall the Mandarin duck—also known as "hot duck"—who set up shop in Central Park over two years ago. The bird, who's native to East Asia, caught the whole city off guard with his arrival and turned his New York stay into a media sensation. Now, he's going to be a literary star—and will likely join the ranks of our 101 best books for kids.

Bette Midler will release The Tale of the Mandarin Duck with Penguin Random House. The picture book will include photographs from Michiko Kakutani and black-and-white illustrations from Joana Avillez.

"The real duck’s visit to New York was a cause for celebration," Midler said in a statement. "Everyone who saw him fell instantly in love. I wanted to memorialize his visit, and let readers know that the natural world is full of creatures just like him, if we only take the time to raise our eyes and actually see them.” 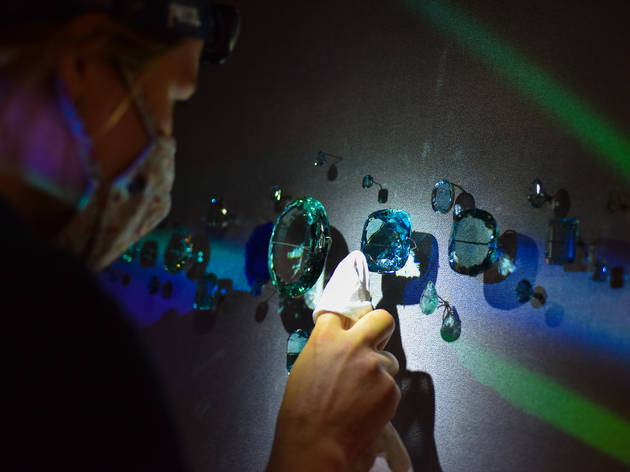 Now this is an exhibit that will really shine! The Museum of Natural History's completely redesigned Allison and Roberto Mignone Halls of Gems and Minerals will finally open this spring.

The family attraction will welcome visitors to the 11,000 square-foot space that house roughly 5,000 pieces from 95 countries. Guests can catch a glimpse of a 3,000-pound block of iridescent green and blue labradorite, the Singing Stone from the 1893 World’s Fair in Chicago and the new "Beautiful Creatures" exhibit, which will celebrate historic and contemporary jewelry inspired by animals. Patrons will be able to find it in halls’ first temporary exhibition space.

Plus, as an added bonus for the little learners in your crew, the Allison and Roberto Mignone Halls of Gems and Minerals will be the perfect spot for children with an interest in earth science, as it promises to be an invaluable resource for schools and camps. 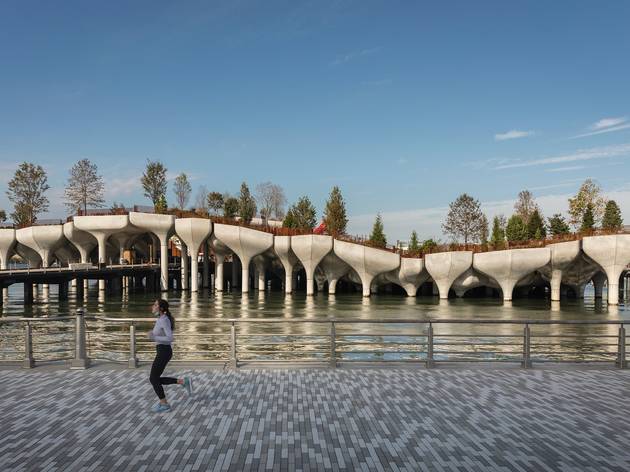 In just a few months, New York City will have a new outdoor performance space, verdant garden and floating park on the Hudson River.

Little Island at Pier 55, which is part of Hudson River Park, is hard to miss—its giant piles rise up out of the river like ancient trees and its “tulip pots” curve up toward the sky. Despite the pandemic, the park is still on schedule to open next spring.

Conceived in 2012, the park is the project of billionaire Barry Diller and his wife Diane von Furstenberg. When unveiled at the Cooper Hewitt in 2015, the plan by English designer Thomas Heatherwick envisioned an undulating configuration created by a series of "pods"—concrete pilings formed into tulip-shape supports—set at varying heights. The effect was meant to evoke a "leaf floating on water." 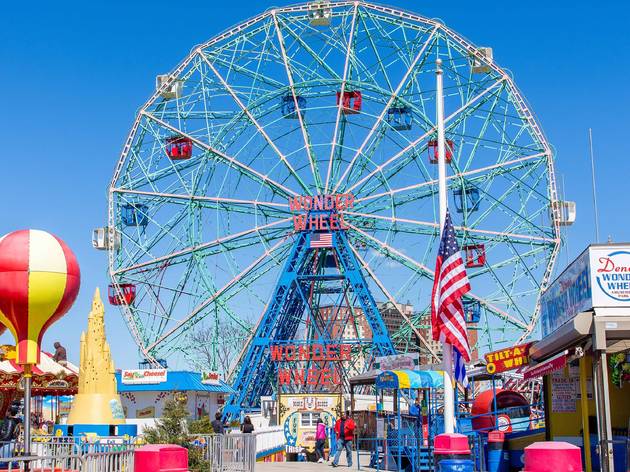 Little thrill seekers have a lot to look forward to in the year ahead. Deno's Wonder Wheel Amusement Park will add a new ride to its roster in 2021, a 68-foot-tall, 34-mile-per-hour roller coaster named Phoenix—a sign of rebirth. The Coney Island attraction announced the big news following USA Today's roundup of the country's most anticipated new coasters.  Although fun and exciting, Phoenix is meant to be a family-friendly attraction (or suitable for those who are too afraid to visit the neighboring Cyclone at Luna Park). Guests will fasten themselves into ski lift-like cars of the suspended coaster and let their feet dangle as they whip about. We're getting anxious just thinking about it! 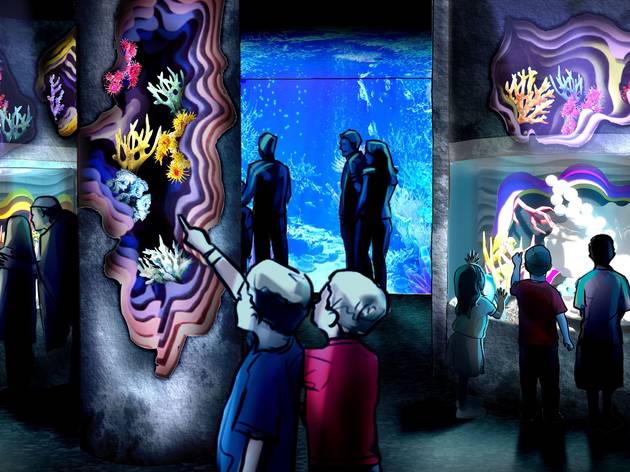 Ready to explore a "City Under the Sea"?

Soon you'll be able to visit 3,000 creatures and get an up-close look at 75-100 marine species—no scuba gear required. SEA LIFE Aquarium, the first of its kind in the Northeast, has just announced that it'll open at American Dream in spring 2021, though originally it was slated for an April 2020 debut.

Prepare your family's future day trips accordingly, as there will be plenty of ground to cover: The aquarium is home to over 10 interactive exhibits that are considered a "fishified" take on popular NYC landmarks. You'll find the "Wall Street Wolves" piranhas, seahorses aka the "Ballet Dancers of the Ocean" and "Rush Hour of the Ocean," where yellow eels fill in for yellow cabs. 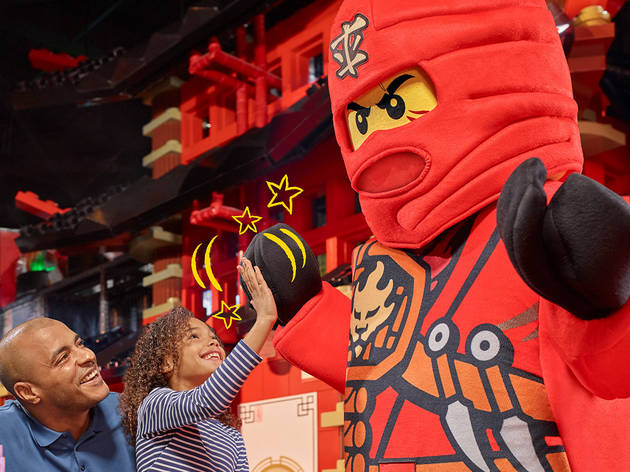 Not only is the LEGOLAND New York Resort planning to open in Goshen, but a new LEGOLAND Discovery Center is headed to American Dream in New Jersey. Given that plenty of record-breaking attractions are already housed in the Meadowlands entertainment hub—the world's steepest coaster, North America's largest indoor water park—it's a pretty good indication that this new addition will be bricktacular.

Visitors can expect plenty of cool offerings from LEGO: There's Miniland, a teeny version of NYC and New Jersey in brick form—over 1.5 million bricks, actually! The 4D Cinema will entertain with a new video of Emmet, Wyldstyle, Benny, MetalBeard and Unikitty. The Imagination Express will allow visitors to journey through an interactive LEGO world. That's just to name a few options. 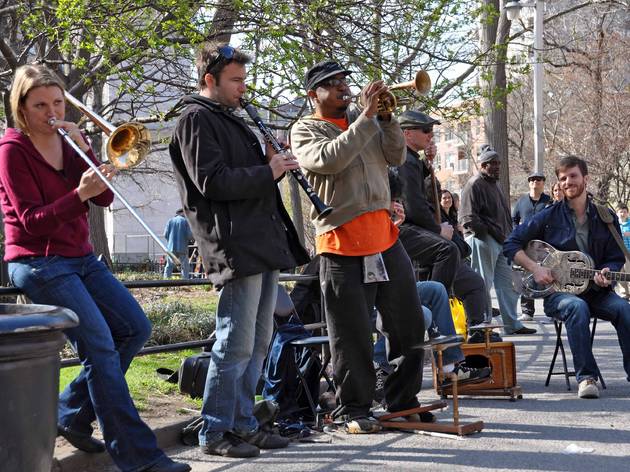 For nine months, New York City's performing arts venues—theaters, comedy clubs, DIY spots—have been sitting dark and empty. At least 260,000 cultural sector jobs have been lost over the course of the pandemic. The heart and soul of the city have been missing for nearly a year.

But come March 1, 2021, they'll be able to take to the open streets and spaces to perform and bring cultural activities to us once again.

The "Open Culture" program, a bill which just passed in New York City Council on Thursday, allows artists, cultural institutions, venues and groups to stage ticketed events outdoors via an application process—through at least October 31, 2021. It could be extended but it expires March 31, 2022.

Instead of going through the city's usual application process, this program would allow applicants to self-certify that they are complying with COVID safety rules and pay just $20 to apply.

They'd be able to perform in areas already being used for restaurants and by the community under the "Open Streets" program that closed dozens of miles to car traffic earlier this year. The DOT will be required to share a list of eligible open spaces by February 1, 2021.

"This is not just a cultural bill, but a small business bill and a jobs creation bill—all of those things in one," Councilman Jimmy Van Bramer, who co-sponsored the bill, said on Thursday. "It's a one-stop-shop for expedited permits…and allows cultural to charge for those performances and start to receive income for the art they create and produce once again."

"It is incredibly exciting to have dance, music, poetry, opera, comedy, breaking out all over the city of New York in the streets as the weather gets a little bit nicer we hope…we are going to save a lot of arts organizations and put to work a lot of artists and allow them to get paid for their work...because the days of performing for free all the time have got to be over," he added. 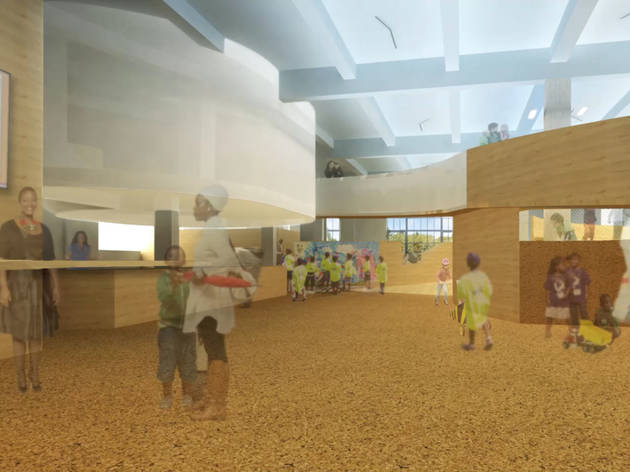 We cannot wait for the Bronx Children's Museum to open its doors. The mobile attraction originally planned to open the doors of its 13,000 square-foot home in 2020, but construction delays and an unpredictable spring have postponed the Mill Pond museum's debut to 2021.

"We always have these barriers that we're trying to get across, but we're just plugging through them like the little train that could," said John Boudreau, the museum's director of marketing and communications. "We know that this is an important project."

We're particularly anxious to see "The Cloud," a project with the help of Jerome LaMaar that creates a digital utopian vision of the Bronx inside a mixed-use, circular multi-media room. Plus, the museum intends to rework its STEAM and arts curriculum so that students will be able to take advantage of the resources virtually. By spring 2021, the staff hopes to be in the classroom with children.

"We are so looking forward to meeting people face to face in a safe way, creating a community of members and having that open access to all of the children of the Bronx," Boudreau said.

Learn how to support the museum by visiting its website. 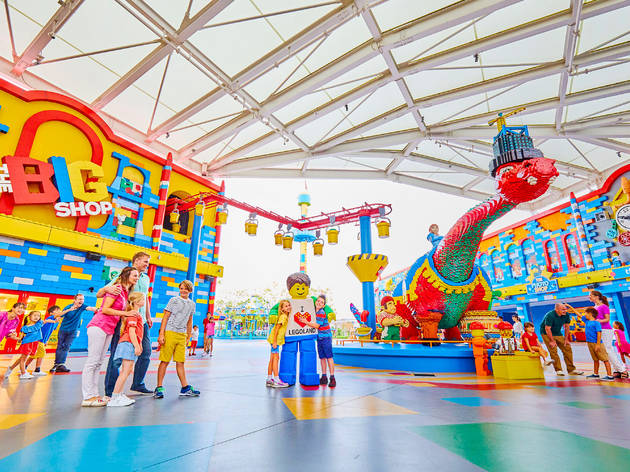 "We are building an attraction that not only meets our high standards, it also gives our guests the best possible experience," Divisional Director Stephanie Johnson said in a statement.

We know your engineers-in-the-making are probably getting a little impatient, but assure them that not only will they have a wonderful—and most importantly safe—experience, they'll actually be able to spend the night! Although the park was gearing up for a summer 2020 opening, the resort itself wasn't going to open until 2021 anyway. Now, you'll have no choice but to make a weekend out of your trip to Goshen. 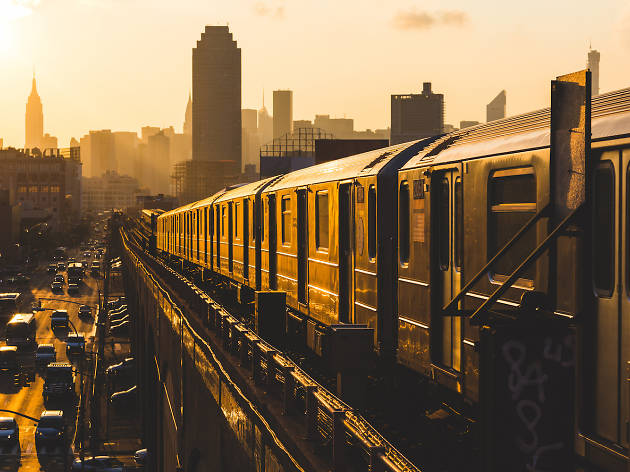 There will be new voices telling straphangers to "stand clear of the closing doors."

The Metropolitan Transportation Authority is teaming up with @NewYorkNico (Nicolas Heller), the "unofficial talent scout of New York City" and NYC's favorite Instagrammer, to find the most iconic New Yorkers to record announcements for all to hear aboard the subway and bus systems.