Sure, L.A. is known for its buzzy cityscape and glitzy Hollywood celeb scene, but peppered within our fair city’s landmark skyscrapers, red carpet soirees, residential hubs and bumper-to-bumper freeways are plenty of alfresco activities and things to do for all you outdoor-loving city dwellers. Whether you’re looking to trek the best hikes in L.A., surf at some of the city’s best beaches, or sip cocktails at top rooftop bars, Los Angeles has enough outdoor activities to keep you entertained (and sun-kissed) all year-round. Check out our list of top attractions for things to do outside in Los Angeles.

Things to do outside in Los Angeles 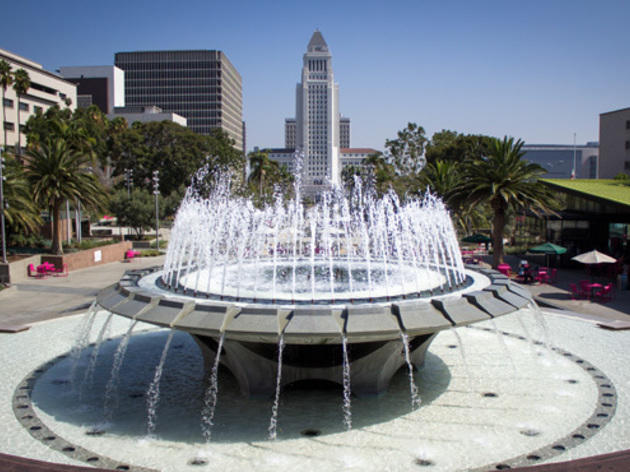 Can't make it to the beach? Roll out a blanket instead at one LA's beautiful parks. Whether you're an art aficionado or a devoted dog owner, there's a slice of nature that fits your lifestyle. So take a stroll through our favorite (and free) parks in Los Angeles. 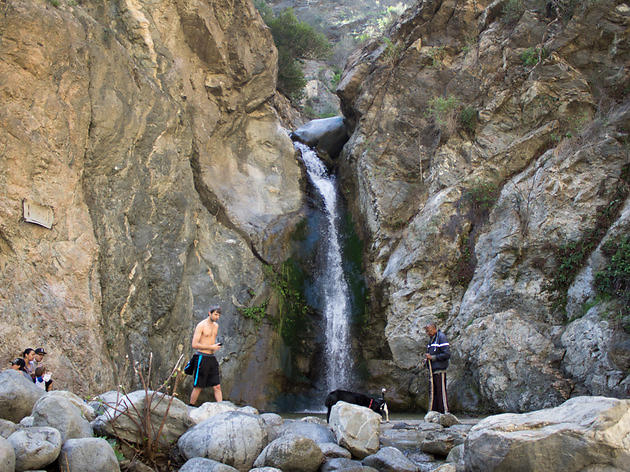 Los Angeles is a beautiful place, and it's not afraid to flaunt it. Case in point: Eaton Canyon. The Pasadena area park is one of the most accessible and easygoing trails where you'll truly feel like you've slipped into the wilderness. On weekdays only, you can cut out the most boring part of the hike and park just barely over a mile from a waterfall. 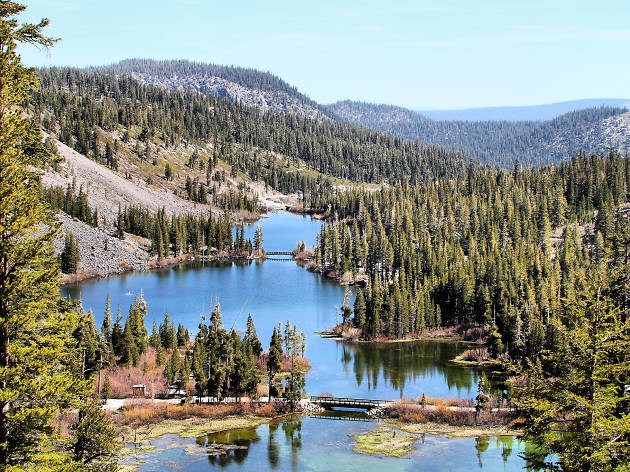 Everyone needs to escape the city sometimes—even this one—and there's no better place for hiking, camping and exploring than Southern California. We're surrounded by miles of coastline and forested mountains, but maybe save the desert for a cooler season. Pack your bag, grab a map and take your pick of these rustic weekend getaways. 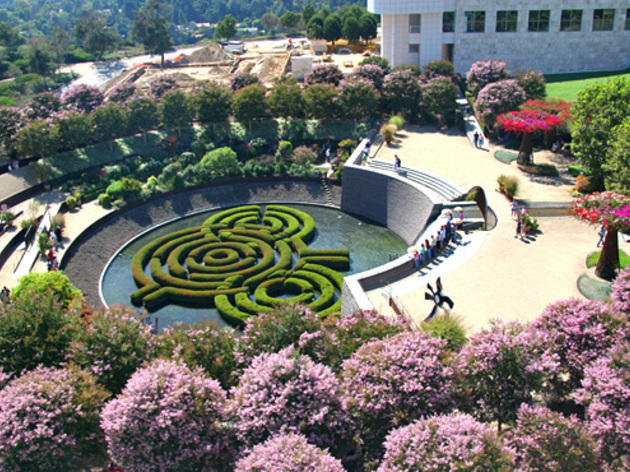 Los Angeles—and California as a whole—is a pretty amazing place, botanically speaking. Stick practically any plant in the ground and it'll grow almost any time of the year. Even though some of us can reach out our windows and pluck an avocado from a tree, a trip to one of LA's many manicured gardens reveals vegetation that simply can't be found on our city streets. 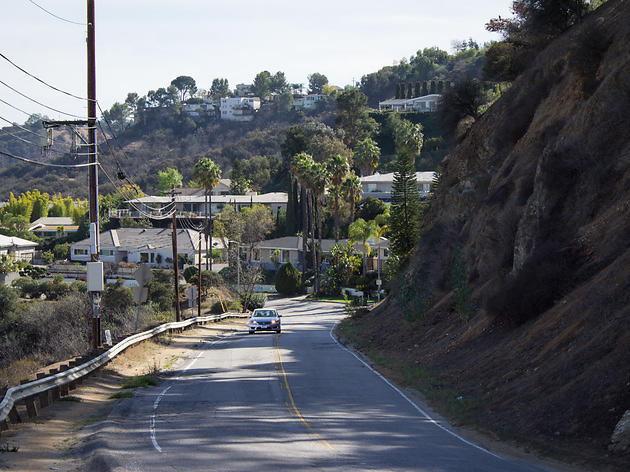 This is the road of classic make out points, Hollywood chase scenes and scenic splendor. Roll the windows down and avoid cross-town traffic with a drive along the scenic highway—and make sure to stop at these half dozen or so overlooks, all in less than an hour. 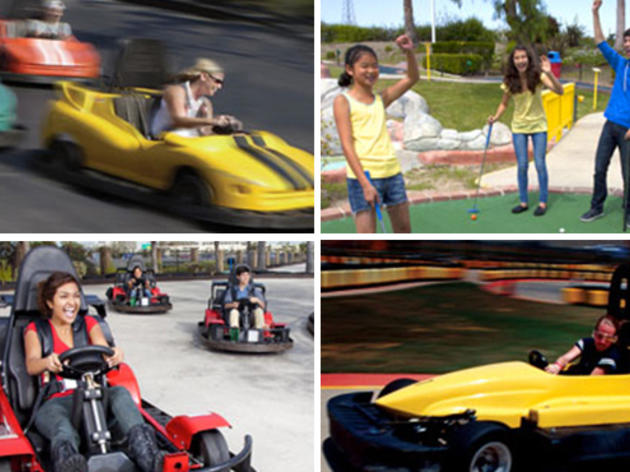 You've maintained your composure behind the commuting wheel long enough. Now's your chance to accelerate to the fullest at Speed Zone’s four go-kart tracks. Take the lead in the Top Eliminator Dragster, a 300-horsepower NHRA dragster ($15 for three races), and then carhop to the Grand Prix, a track modeled after the Formula 1 and Indy Car racing circuits ($2 per lap). There's also the classic Slick Trax for drift-style racing on finely polished concrete and ultimate Turbo Track—faster than Slick Trax and open to up to twenty drivers ($7 for five-minute session). Happy hour specials include well drinks ($4) and import brews ($4), but you might want to sober up before heading back to the tracks. Better yet, keep the competition going at Speedway Golf’s two 18-hole miniature golf courses, Strike Zone’s mini bowling alley and the Electric Alley’s arcade of over 100 video games. 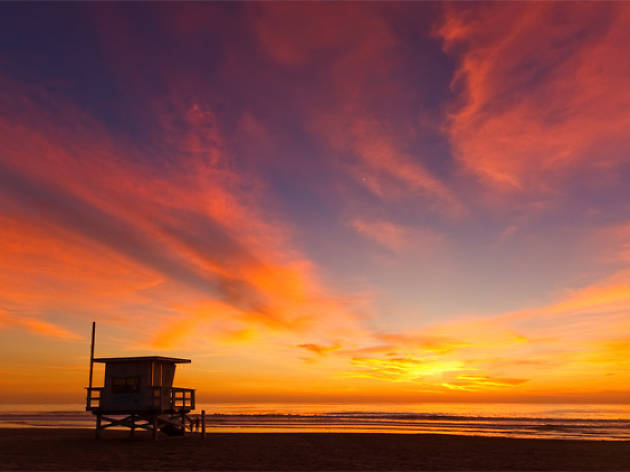 Manhattan Beach boasts two miles of sparkly coastline, almost all of it stacked with dreamy hillside homes. Most of the activity is centered around the walkable waterfront slope of Manhattan Beach Boulevard, with additional shops and an increasingly essential dining scene trailing along Manhattan Avenue as well. Head down to the beach via the Strand—the bike and walking path that traces the shoreline—for countless volleyball nets and the Manhattan Beach Pier. 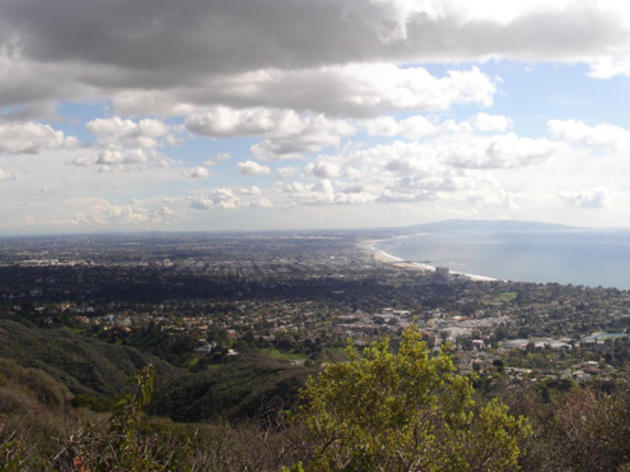 With a variety of terrain, flora and views of the Pacific and city, Pacific Palisades' Temescal Canyon Park is great for trail runners, hikers and dog walkers—while it's technically illegal, dogs roam off-leash here. You'll experience vast, breathtaking views that span from Catalina to Downtown and enough varied terrain to keep you going. 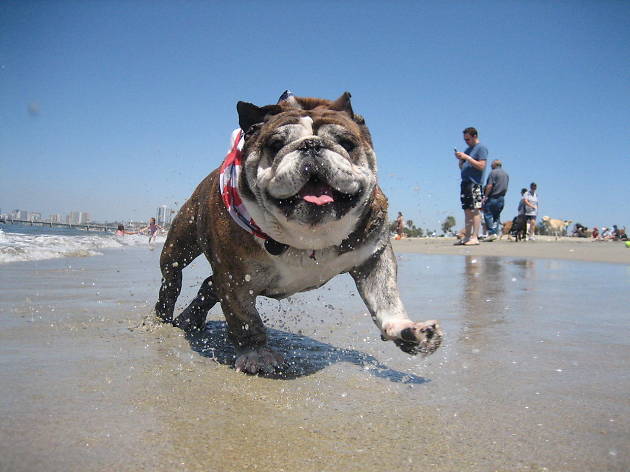 For a generally pooch-friendly paradise, Los Angeles is pretty lousy when it comes to dog beaches. In fact, this four-acre waterfront spot is the only legal off-leash dog beach in LA County. The park is named after the area's late local canine celebrity, Rosie the English bulldog. You can easily spot the dog-friendly area by the colorful "Dogs at Play" silhouette. 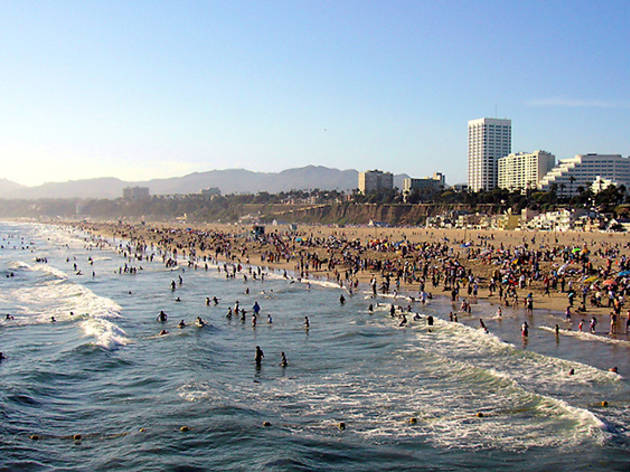 Take a walk along the palm and eucalyptus-lined bluffs and it becomes obvious why tourists flock to Santa Monica. With the beach on one side and mountains on another, it's the essence of that postcard picture of Southern California's coastline. You'll find more than just a beach town, though; there are plenty of things to do in Santa Monica without setting foot on the Pier or Third Street Promenade, from fresh dinners prepared straight from the farmers' market to bars with a view. 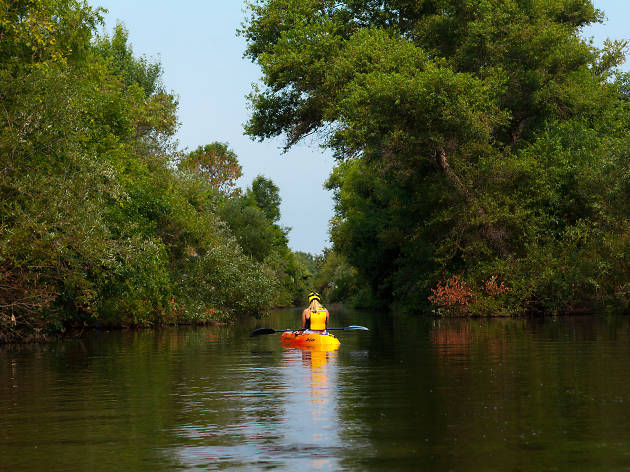 If you're looking for more than alfresco shopping and rooftop dining to quench your thirst for the outdoors, let this be your guide. From deep-sea fishing in Newport Beach to paragliding above the L.A. coastline, we've compiled a list of the best outdoor adventures in Los Angeles for all you thrill-seeking adventure junkies.