Thanks to the diverse population of Hong Kong and its proud reputation as a food paradise, the city is home to incredibly varied international cuisines. One of the most prominent being Indian food. Known for its bold flavours and distinct range of choices, this cuisine is no stranger to our SAR's shores. Whether you’re dining on a budget, or spending the big bucks at some of the more prestigious restaurants on this list, like Michelin-starred New Punjab Club, these restaurants will surely satisfy your curry cravings. By Elaine Lok and Sam Evans

RECOMMENDED: Fancy Thai food instead? Check out our list of the best Thai restaurants in the city that will delivery to your door. 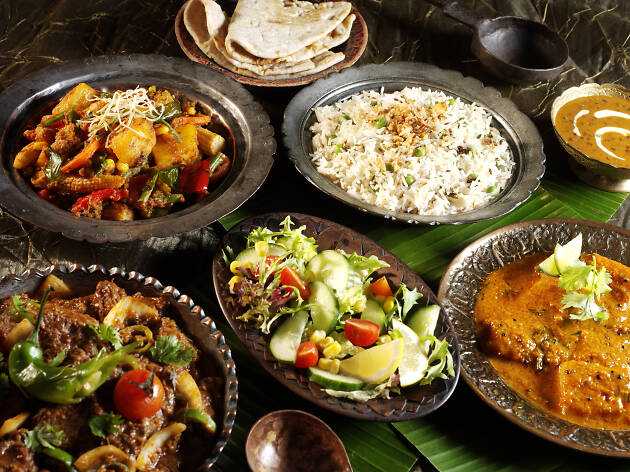 Tucked away on Temple Street, Bombay Restaurant is well-loved for its relatively affordable prices and big portions. Popular amongst locals and tourists alike, this cosy curry house is the go-to spot after a day of retail therapy in the neighbouring shopping markets. Frequent guests swear by the tandoori chicken ($95), lamb biriyani ($88) and baingan masala ($75). Don’t miss out on the popular naans – go for the garlic or cheese ($30). 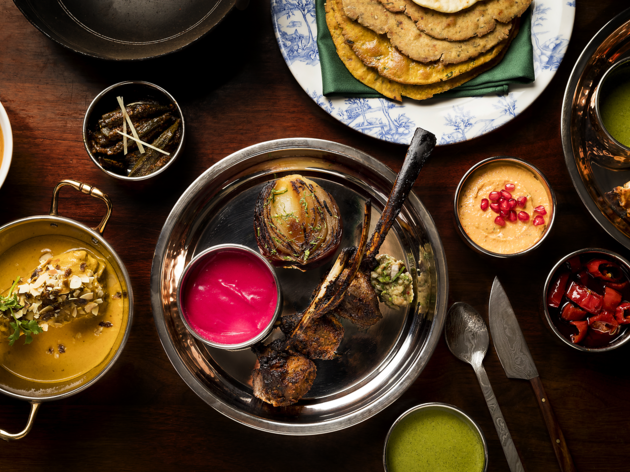 New Punjab Club made headlines last year when it became the first Punjabi restaurant in the world to be awarded a Michelin star. This restaurant celebrates post-colonial Pakistan and India through rustic and uncomplicated delights. Executive chef Palash Mitra and his team also emphasise the importance of recreating Punjabi classics through locally sourced fish and meats. Favourites include the comforting samosa chaat, which is filled with potatoes and spices with the surprise of pomegranate seeds, and buttery tandoori machli that melts in your mouth. 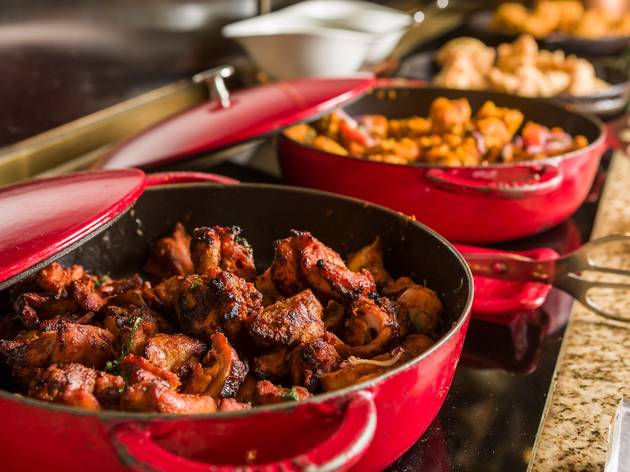 Deemed one of the best in town for elevated Indian cuisine, Bombay Dreams’ menu adheres to the traditional spices that we know and love but with a creative spin. The tandoori offerings, fragrant pulao and rich curries make for a top-quality Mughlai meal. Visit during the lunch buffet ($178 Monday to Saturday, $198 Sunday) to sample divine South Indian dishes such as crispy golden dosas with aloo masala and all the right chutneys, as well as sambhar. End the meal with some melt-in-your-mouth gulab jamuns. 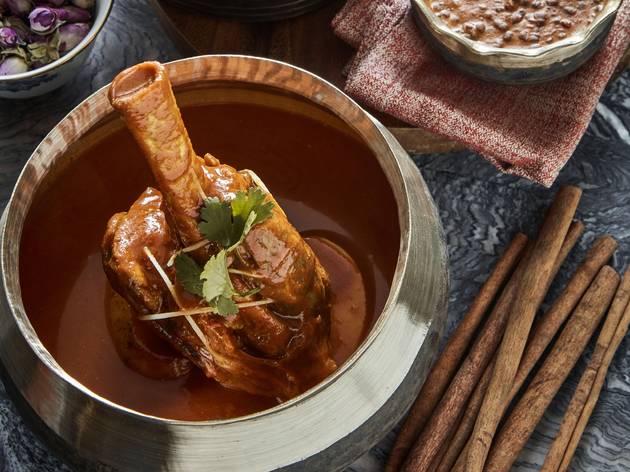 Helmed by Chef Manav Tuli, previously Head Chef of Michelin-starred Tamarind in London, this new addition to Rosewood Hong Kong serves up a fresh take on classic Indian cuisine with a street food sentiment – with highlight dishes including the palak paneer ($148), the butter chicken ($238), and the range of tandoori offerings cooked in one of three tandoor ovens through the restaurant.

Chaat brings elevated Indian culinary favourites, drawing from a variety of colourful flavours and transporting you all across India. While not as cheap as other local favourites in the area, Chaat’s lively atmosphere and stunning cross-harbour views make for a unique dining experience. 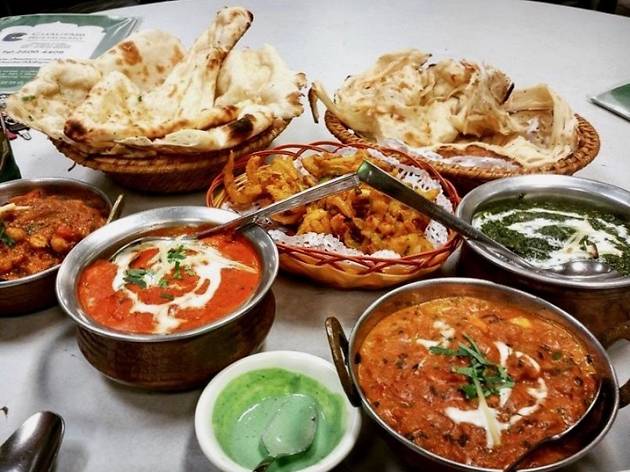 Located in the rowdy and unfussy Queen Street Cooked Food Centre and specialising in Indian and Nepalese cuisine, Chautari is arguably the best and most reliable Indian restaurant on Hong Kong Island. Don't expect any bells and whistles, but do expect some incredible lassis and curries – there are literally dozens to pick from, catering to all taste palates. 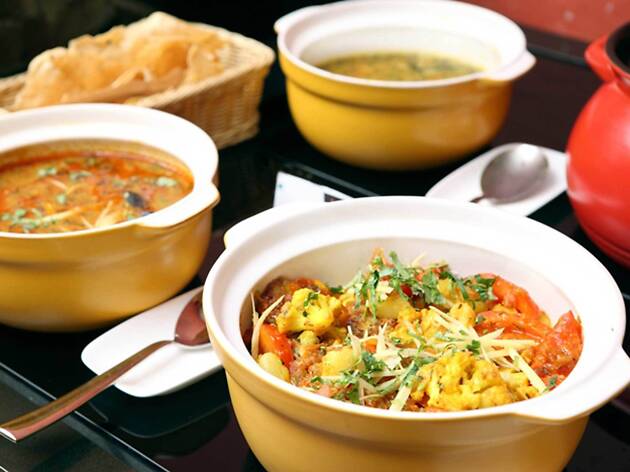 Known for its eclectic lunch buffets, contemporary Indian restaurant Jashan primarily focuses on the freshness and quality of the ingredients. But the eatery does not skimp on the bold and familiar flavours of Indian cuisine. Recommended dishes include the fish tikka ($148) and the lamb madras ($138). The veggie and lamb samosas are served in generous portions, and the bread basket comes with naan, roti and paratha. Finish off with a sugary gulab jamun ($58) milk balls dipped in rose-scented syrup. 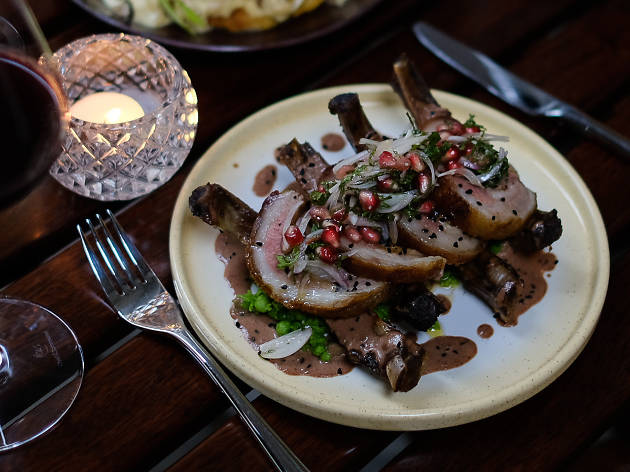 d away at the end of Sai Ying Pun’s vibrant Fuk Sau Lane, Pondi is a delightful new addition to an already exciting alcove in this residential neighbourhood. Named after Pondicherry, the former French colony in India, Pondi's food is an electrifying combination of Indian home cooking and classic French cooking philosophies.

The menu is kept simple and caters to vegetarians and the gluten intolerant, as well as boasting more than enough to keep carnivores satisfied, with offerings from baked aubergine ($145) with capers, sun-dried tomatoes and coriander, to butter chicken terrine ($150) with mini papadums and dried banana ships, to wild Hereford bavette steak ($200) – all of which are brilliantly executed to make for a thoroughly enjoyable epicurean adventure. 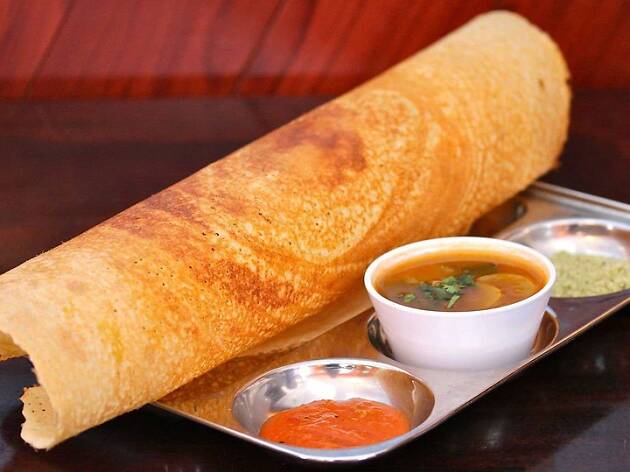 Specialising in traditional northern Indian dishes, Rang Mahal combines a cosy environment with a diverse range of flavours. The menu consists of items that follow the house philosophy of serving the best of Mughlai cuisine to guests. Crowd favourites include the chicken tikka ($78) and the tandoori lamb shank ($148). Both are filling and leave a lingering taste for more.

For more flavours of the world 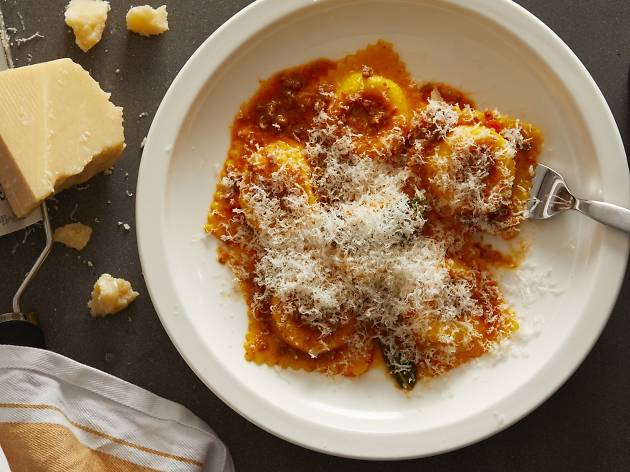 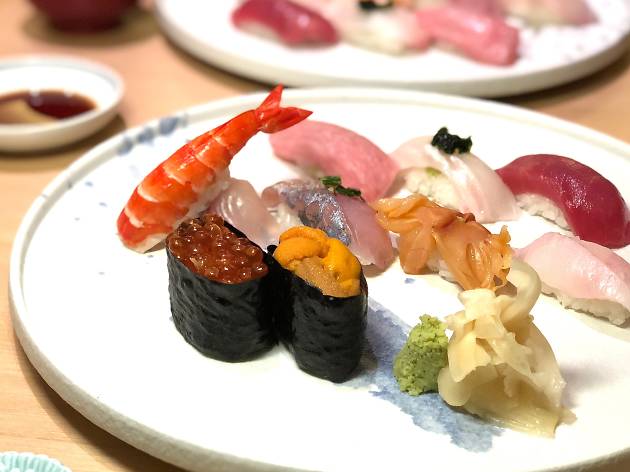 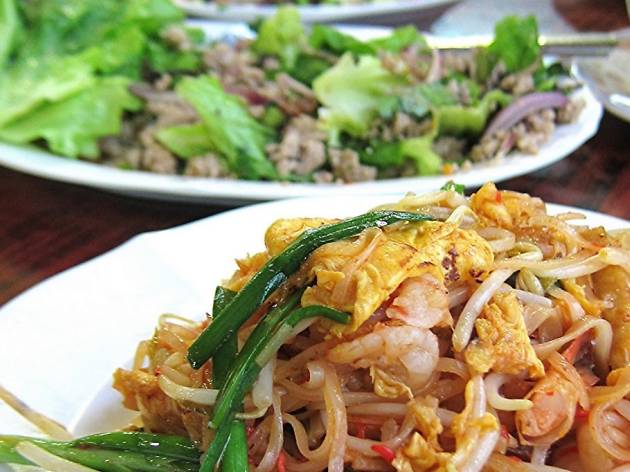 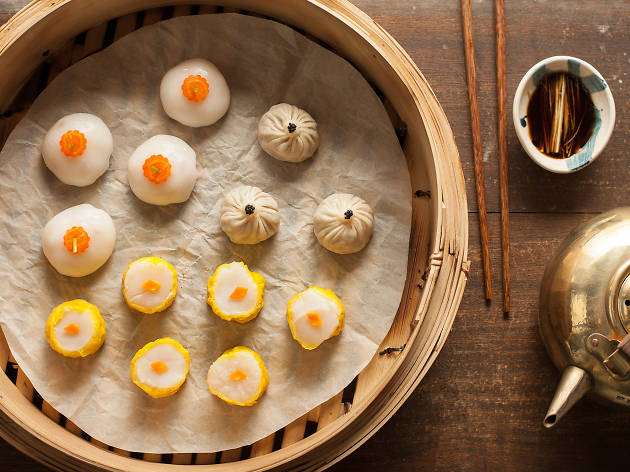