21 of the best things to do in Downtown Los Angeles

Get to know L.A.’s resurgent city center with these quintessential things to do in Downtown Los Angeles

A few decades ago, DTLA never would’ve landed on any out-of-towner itineraries: There simply were’t enough things to do in Downtown Los Angeles, aside from witnessing a once-buzzing city center slump into a mix of stoic postmodern high-rises and vacant storefronts.

These days, it’s a mostly different story—though one that’s been unquestionably impacted by the uncertainties of the past few years. While Downtown still has some growing up to do, it’s in the midst of a (somewhat slowed down) retail, institutional and architectural resurgence that’s turning the area into a walkable, Metro-friendly destination dotted with museums, superlative restaurants and beautiful buildings. Get to know Bunker Hill, the Historic Core and beyond with these things to do in Downtown Los Angeles.

Just a heads up: Though it’s home to L.A.’s biggest cluster of tall buildings, DTLA feels pretty different from most other cities’ downtown areas. For starters, L.A.’s cultural destinations are spread all over the city and not just in Downtown. And as for the neighborhood itself, it likely won’t have the sheen you’d expect from a major American downtown; most blocks aren’t really conducive to family-friendly touristy activities, and some simply don’t feel safe. But we think there are plenty of incredible finds for visitors who arrive with an open mind and a bit of street smarts.

Things to do in Downtown Los Angeles 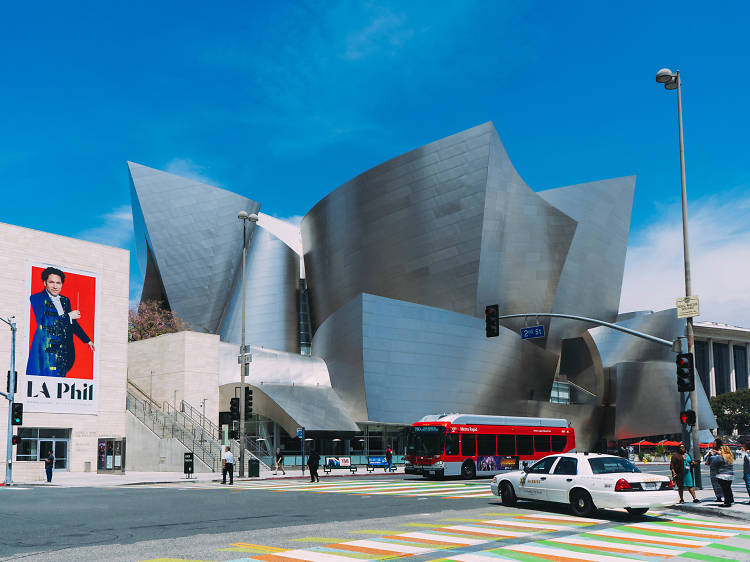 1. See the twisted architecture of the Walt Disney Concert Hall

As the crown jewel of the Music Center, Disney Hall opened in 2003 to rave reviews. The novelty hasn’t yet worn off: Both inside and out, this is a terrific venue. Designed by Frank Gehry, the hall is the home of the LA Philharmonic and the LA Master Chorale, but the schedule is surprisingly varied throughout the year. Take advantage of the free audio tour, or get lost among the many hidden nooks around the hall, including a hidden garden. 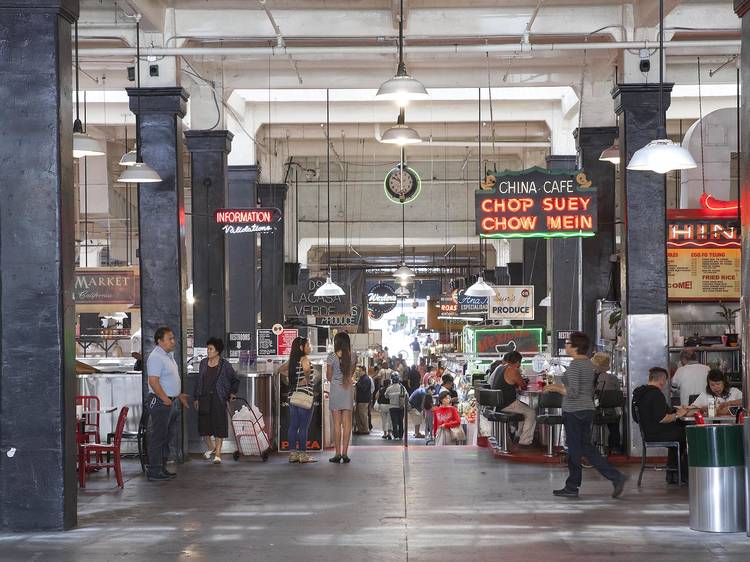 Even if you’re not there for the food, this century-old spot is worth a trip; people from all corners of L.A. mix and mingle among rows of spices, produce and vintage neon signage. Of course, if you’re hungry it’s a great place to get cheap pupusas from Sarita’s Pupuseria, carnitas from Tacos Tumbras a Tomas and chow mein from China Cafe, as well as food from handsome, trendy eateries like Sticky Rice, Sari Sari, Horse Thief BBQ, Eggslut and G&B Coffee. 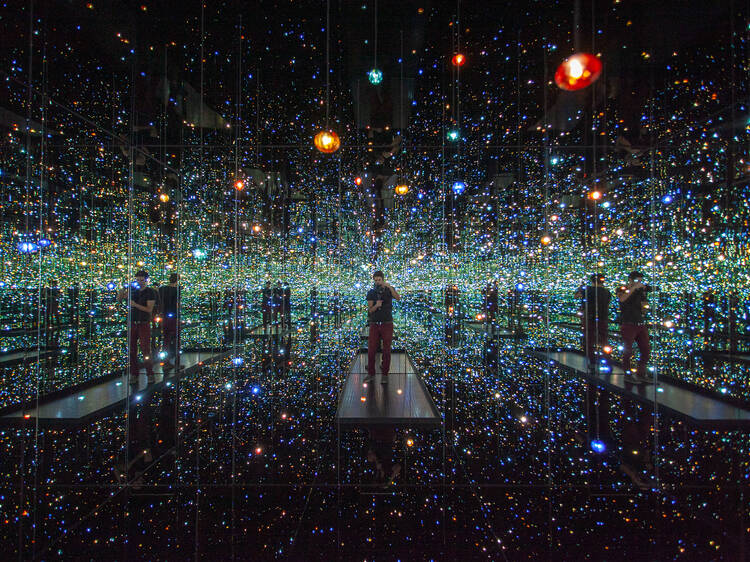 3. Gaze into infinity at the Broad 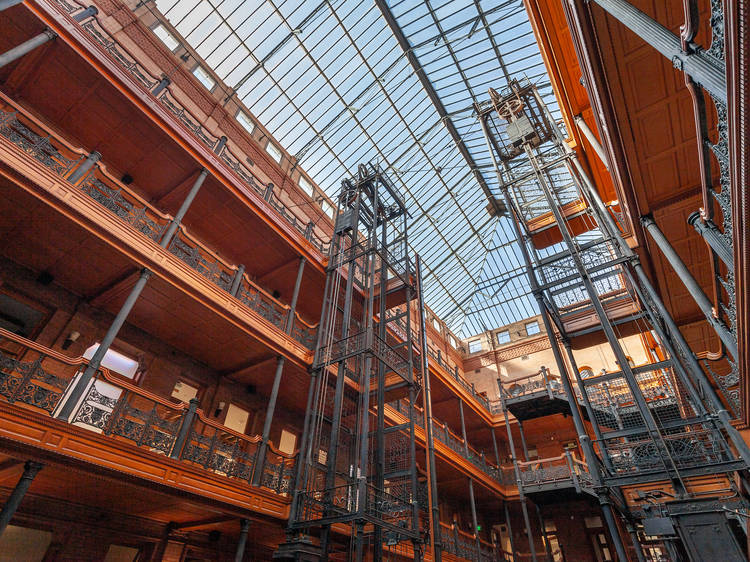 Walk through the archway entrance of this otherwise nondescript brick building and you're greeted with a stunning, light-flooded alley of wood, iron and brick. You’ll have to most of your gawking from the ground floor (and half a flight of stairs) as the rest of the building is private office space (though you can head upstairs if you book a reservation at NeueHouse’s Wyman Bar). History buffs will appreciate its place as Downtown’s oldest commercial building (1893); movie buffs will recognize the zigzagging staircases from the climax of Blade Runner. 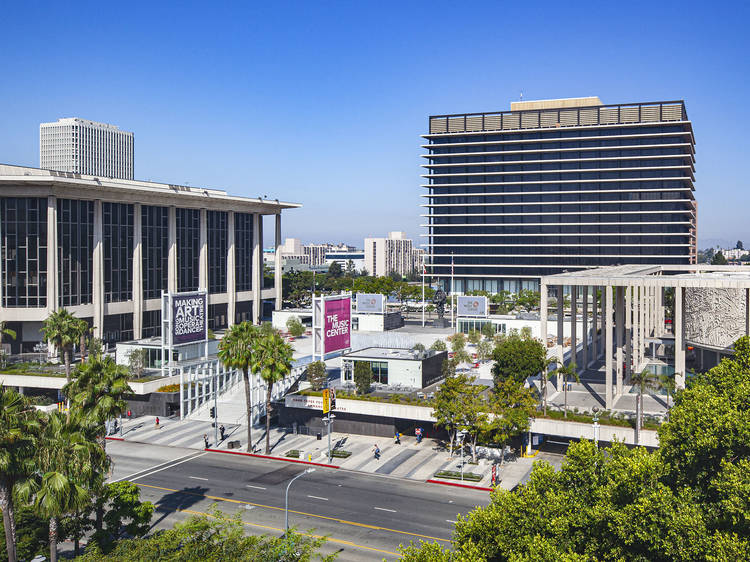 5. Catch classical performances and Broadway musicals at the Music Center

The Center Theatre Group programs two of the halls that make up DTLA’s original cultural complex. At the north end, the Ahmanson Theatre largely presents touring Broadway fare, while the smaller Mark Taper Forum stages a wide range of new dramas. Also part of the Music Center, the grand Dorothy Chandler Pavilion is the home base for LA Opera, as well as occasional concerts and dance events. Last, but certainly not least, the Center also includes its neighbor across the street, the previously mentioned Disney Concert Hall. 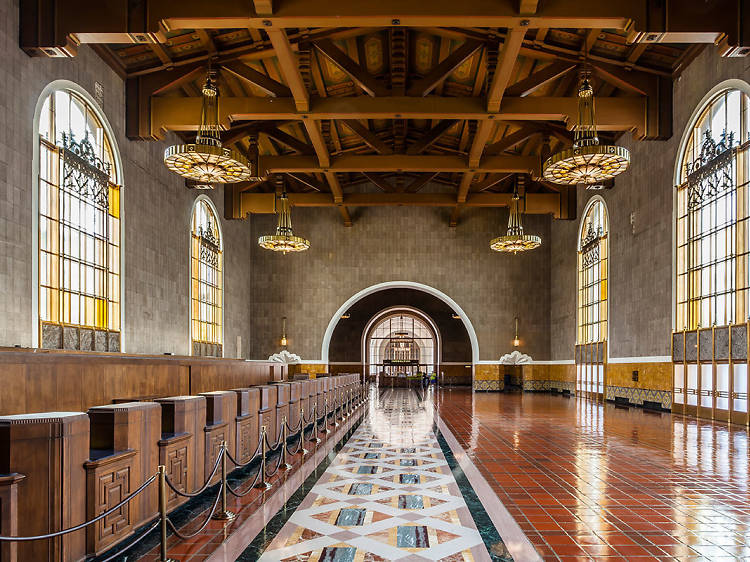 6. Give in to your wanderlust at Union Station

Train travel has gone in and out of fashion, but the last of the great American rail stations is just as handsome as the day it opened: Union Station’s Mission-style exterior opens up into a grand waiting area with marble tiles, faux-wood beamed ceilings and Art Deco touches. Wander through its halls and courtyards and you’ll find a building rich with history, locomotion and—with the eventual arrival of high-speed rail and a new concourse—progress. 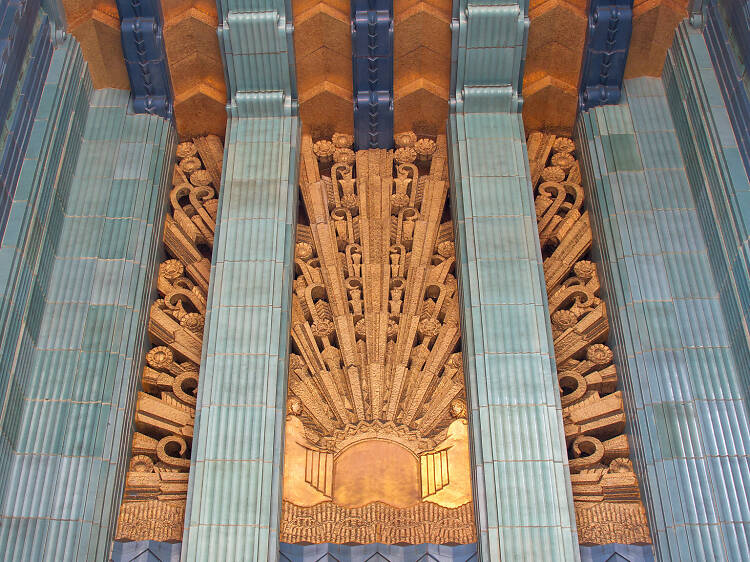 7. Explore by foot with the Los Angeles Conservancy Walking Tours

We could fill an entire list with nothing but Downtown’s stunning architecture (unsurprisingly, quite a few of our picks for the most beautiful buildings are in DTLA). Instead, we’ll point you in the direction of the Los Angeles Conservancy’s acclaimed walking tours. Choose between tours of modern skyscrapers or the Historic Core, Art Deco towers or Broadway’s colorful marquees. 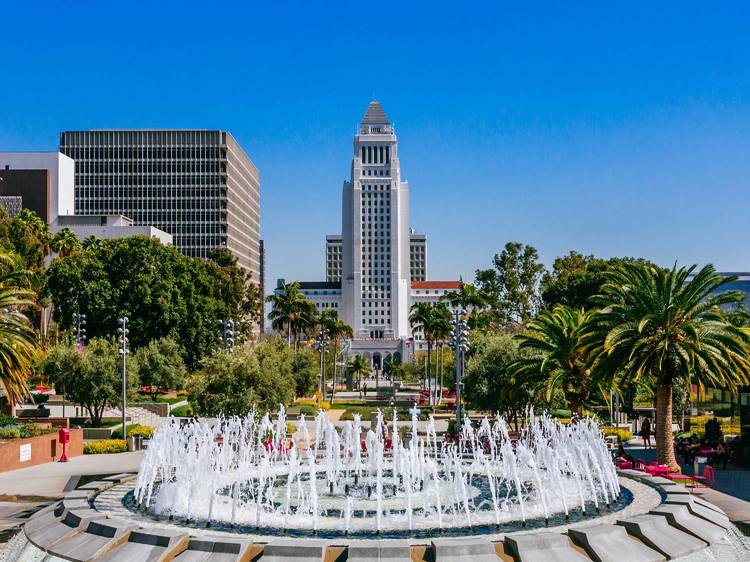 8. Pack a picnic at Grand Park

The slow, lumbering mission to turn Downtown L.A. into a vibrant cultural hub got a lift when a portion of Grand Park’s 12 acres officially opened to the public in July 2012. Dotted with fountains, picnic lawns, bright pink benches and plenty of nooks from which to sit and people-watch, Grand Park is a bright urban oasis that proves the city has a sense of romance. The park plays host to performances, gatherings and other community events. 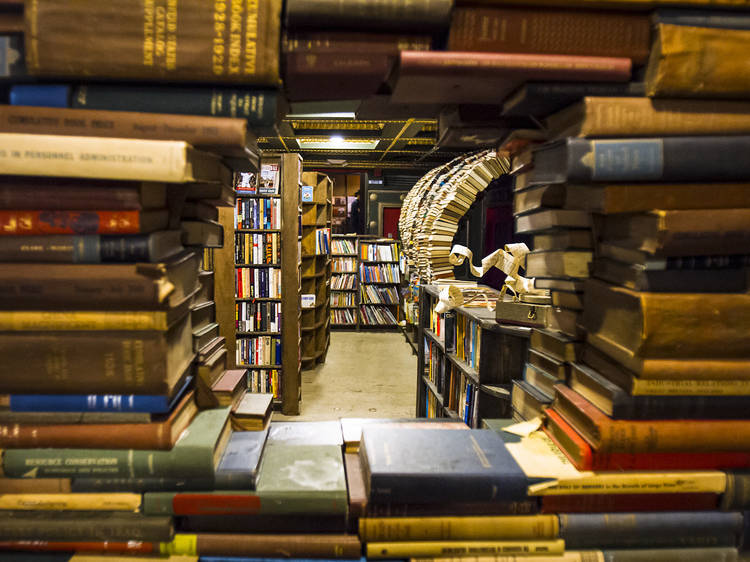 9. Get lost in a labyrinth of tomes at the Last Bookstore

If the Last Bookstore Downtown were really our last bookstore, we’d be in good shape. Currently housed in what used to be an old bank building (complete with marble columns and giant doors), this store is as popular for its stellar book selection as it is for its labyrinth of literary photo ops. 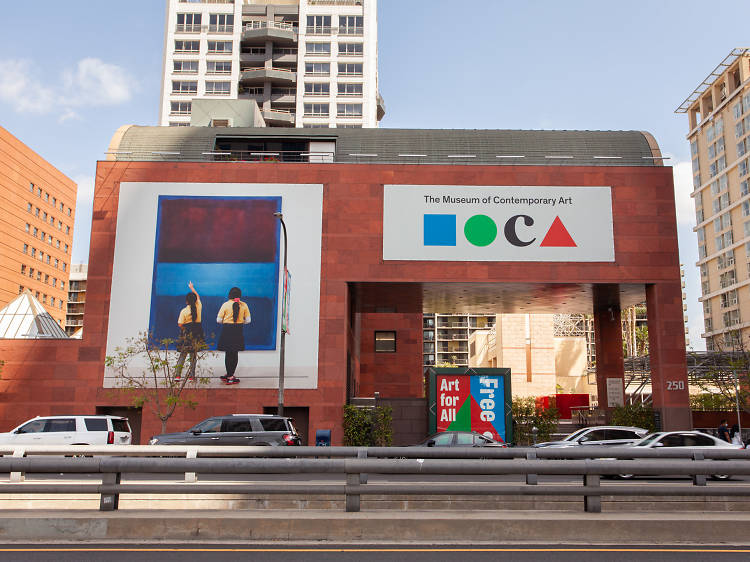 The main branch of L.A.’s Museum of Contemporary Art (MOCA) houses thousands of artworks crafted from 1940 until now. Spend half an hour or an entire afternoon absorbing contemporary pieces from lesser-known artists, punctuated by sightings of Mark Rothko and Jackson Pollock works. And maybe best of all: Since early 2020, admission is totally free.

Looking for things to do in other parts of Downtown? 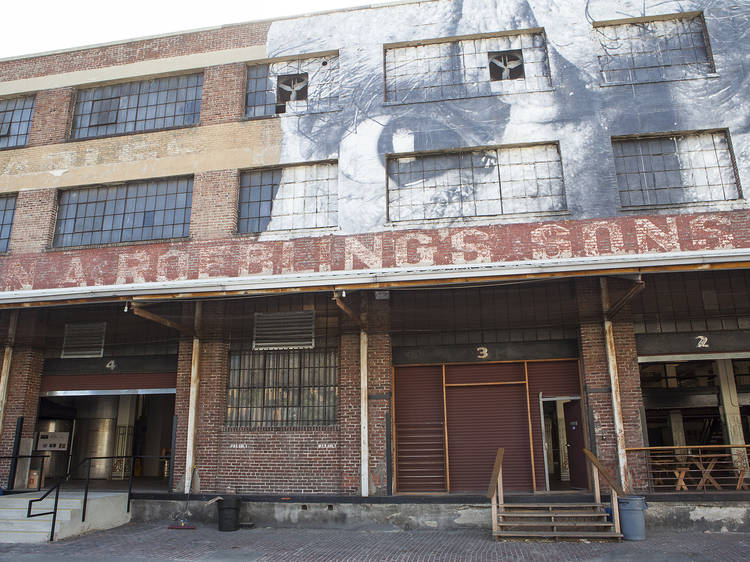 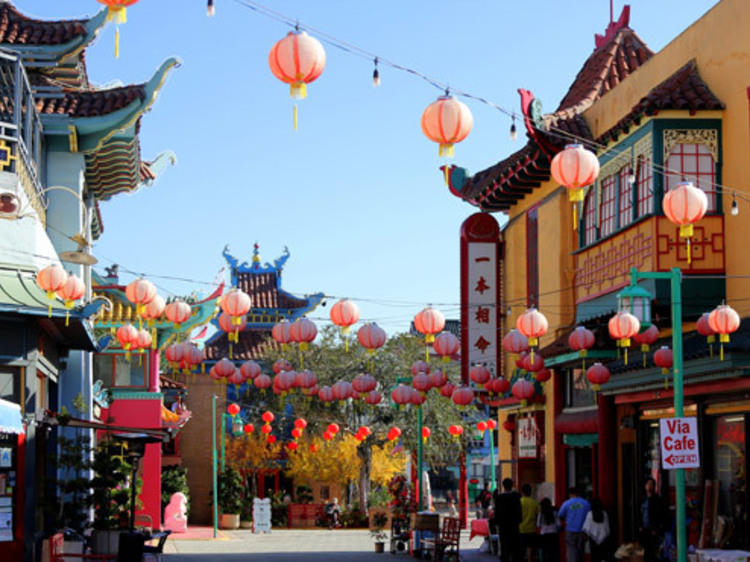 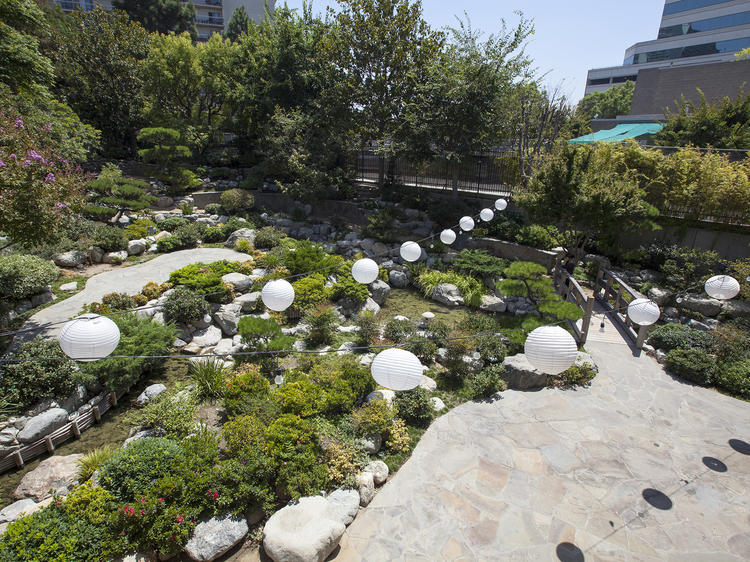