Late night bars and pubs without a lockout

Behold, our list of the places you CAN go to keep your night kicking on

Written by
Time Out editors
Monday 27 May 2019
FacebookTwitterPinterestEmailWhatsApp
Advertising

Sometimes you just need a late-night drink. And while the lockout laws have certainly restricted where and when to find one, that doesn’t mean that there aren’t options. There are plenty of bars and pubs ready, willing and able to keep your cup running over until the wee hours. We’ve compiled a bunch of them, from classic pubs to cocktail specialists.

Sydney’s lockout laws were introduced in February of 2014, barring entry to bars, pubs and clubs after 1.30am in Sydney’s ‘Entertainment Precinct’, and calling last drinks at 3am. This also restricted takeaway sales to a 10pm curfew. After a 2016 review, venues with live entertainment and other exceptions have received a half-hour extension on both sides, and takeaway sales now get the green light until 11pm.

RECOMMENDED:  The 50 best bars in Sydney

Late night bars and pubs without a lockout 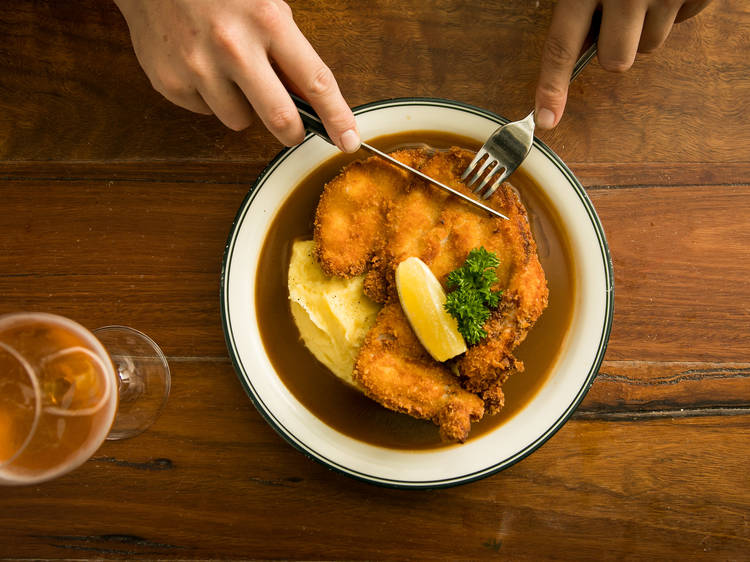 Good for: Natural wines, darts, pool and schnitties. This Oxford St gem is one of our favourite pubs in Sydney, and the fact that it falls just outside the lockout zone makes it that much sweeter.

How late? Early in the week you'll find the Unicorn open until 1am. Wednesday through Saturday though, things kick on until 3am. 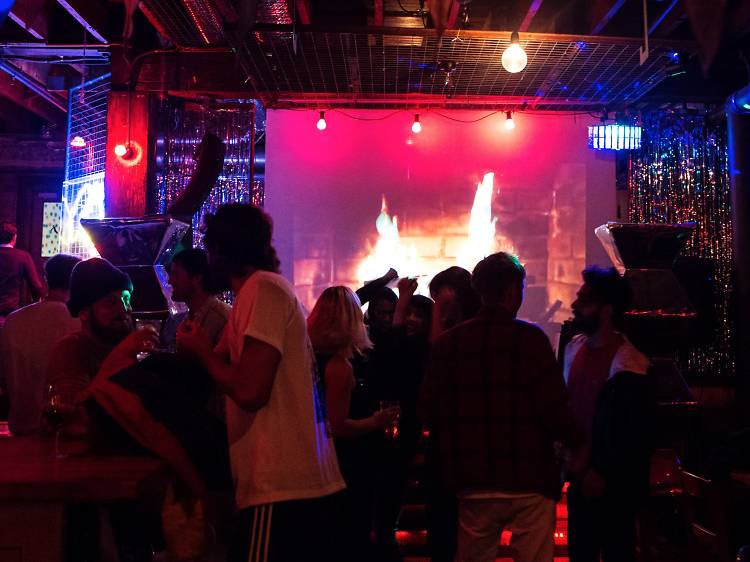 How late? The envelope-pushing party hub fires until 4am on Friday and Saturday nights. 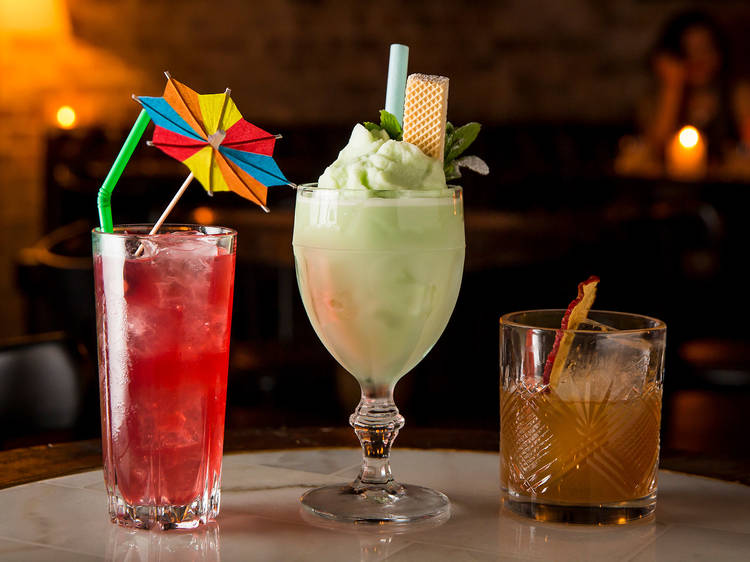 Good for: Where else can you go and eat a full, delicious restaurant menu with killer cocktails until 3am every night of the week? And don't get us started on the list of cheeses...

How late: Till 3am, all week long. 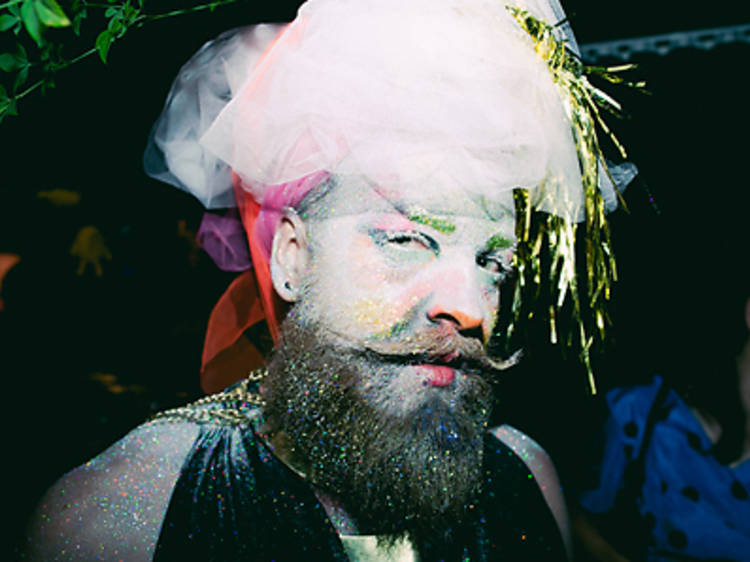 Good for: The Marly seems to have finally settled into its groove as the monster pub at the Newtown crossroads with a little something for everyone after hours. Downstairs the lock out-free club, Tokyo Sing Song is pulling punters like its free ice cream day at the fair, and in between beats the heart of an old school pub.

How late: The Marly parties until 4am Monday though Saturday. 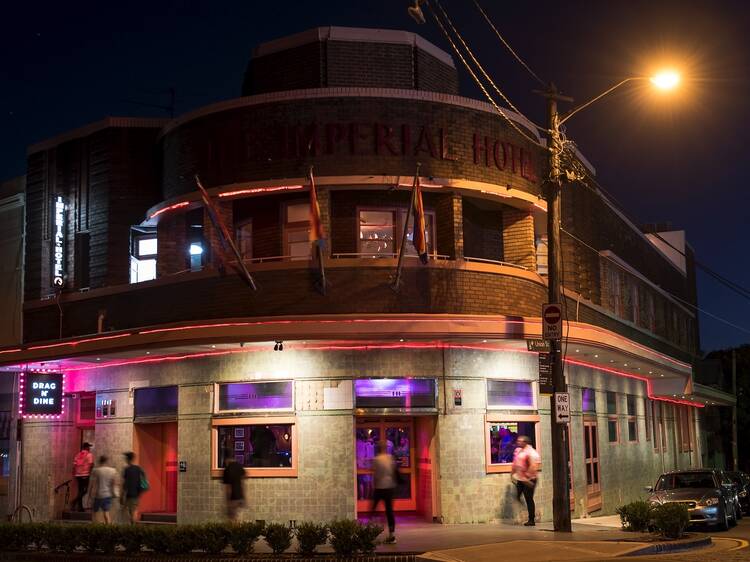 Good for: A glamorous upstairs rooftop? A meal at vego-friendly Priscilla's? All-out drag shows? A proper boogie in the nightclub downstairs? This Inner West icon has it all.

How late? 3am is when the mirror ball stops spinning on Friday and Saturday nights. 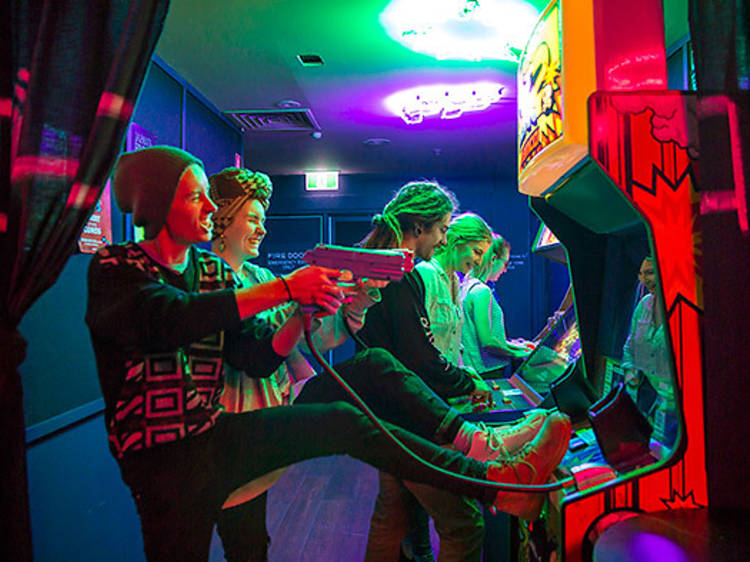 Good for: Late night karaoke shenanigans, arcade games, dancefloor antics and whisky highballs. Also this is a popular spot, so be prepared to queue.

How late? You can saunter up to this Mary St joint until 3am on Friday and Saturday nights. Don't go in on a Sunday – it's closed. 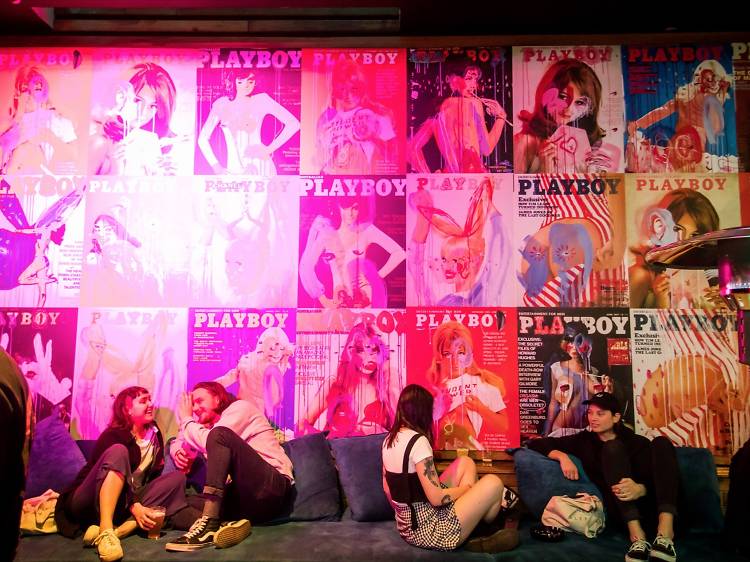 Good for: Live music, pizza and pokie-free fun are all on the agenda at Jake Smyth and Kenny Graham's (the duo behind Mary's and the Unicorn) rock-chic boozer.

How late: Rock out until 3am every night, except for Sunday when things wrap up at midnight. 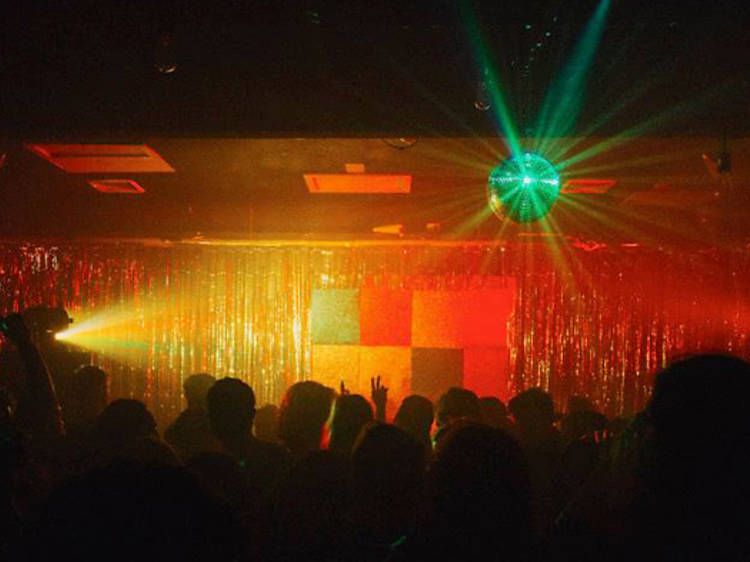 Good for: This is a spot for party people – Wednesday you'll find queer parties, Thursdays are all about hip hop and on Friday and Saturday it's a mix-up of local crews and international DJs spinning house and techno.

How late: If you want to get some mid-week kicks you'll find the Slyfox open until 3am on Wednesday. Friday and Saturdays the music pumps until 6am. 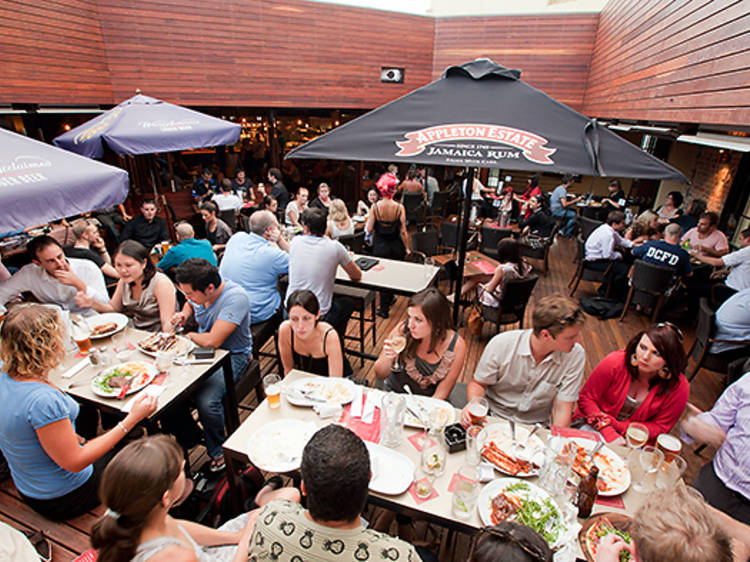 Good for: Once a watering hole for elderly gents, the Strawberry Hills has been rebirthed as a hipster hideaway following a snazzy refurbishment and the possession of a rare 24-hour license.

How late? Weekdays see this pub open until 6am and on Saturday you can boogie until 5am. 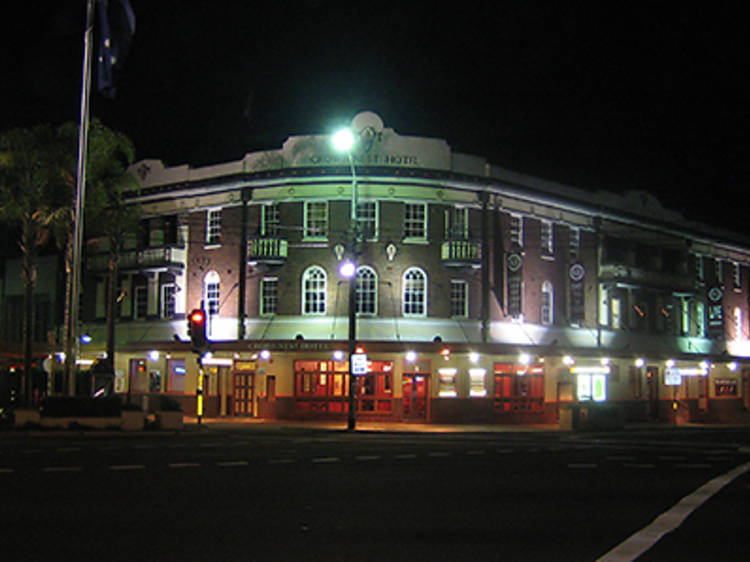 Good for: Anyone on the Northside will know that despite its lack of curfew, the late-night hijinks over there are few and far between. The Crowie is an exception to this rule, with DJs and cover bands on the weekend.

How late: The real appeal here lies in its 6am closing time on Friday nights and 5am on Saturdays, for when you have a lot of steam that needs blowing off. 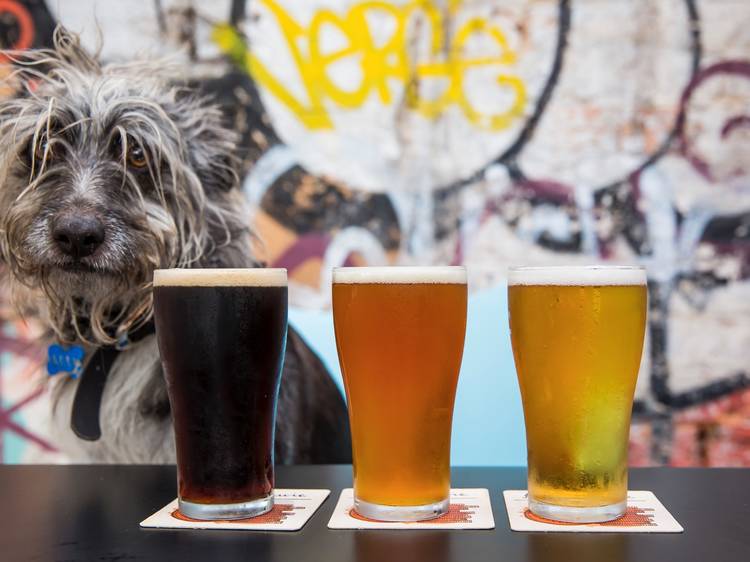 Good for: The Gladdy is a surefire good time, with a very eclectic mix of both party nights and punters. One night you may find local record label I Oh You hosting a Saturday evening boogie, the next may be a hip hop shindig with live graffiti.

How late: Thursday through to Saturday you can pop into this corner pub until 3am. 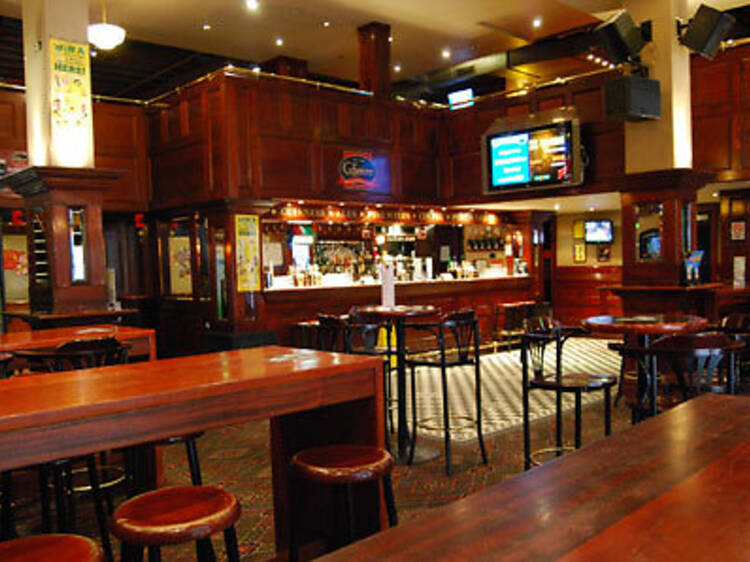 Good for: The sheer number of screens showing live sport from around the world gives diehard fans a reason to celebrate –especially when the Olympics and the World cup roll around. Oh, and it's open 24 hours, 7 days a week. 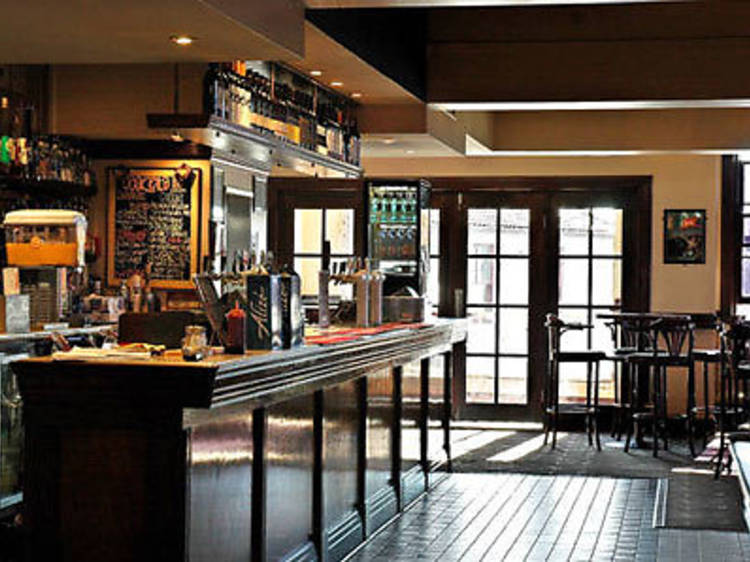 Good for: With a late, late licence and conveniently situated but a hop, step and a woozy stagger from Newtown train station, it's an integral part of the community, and a go-to for locals.

How late: The weekend kicks on here, and on Friday and Saturday nights you'll find the Townie open until 5am. 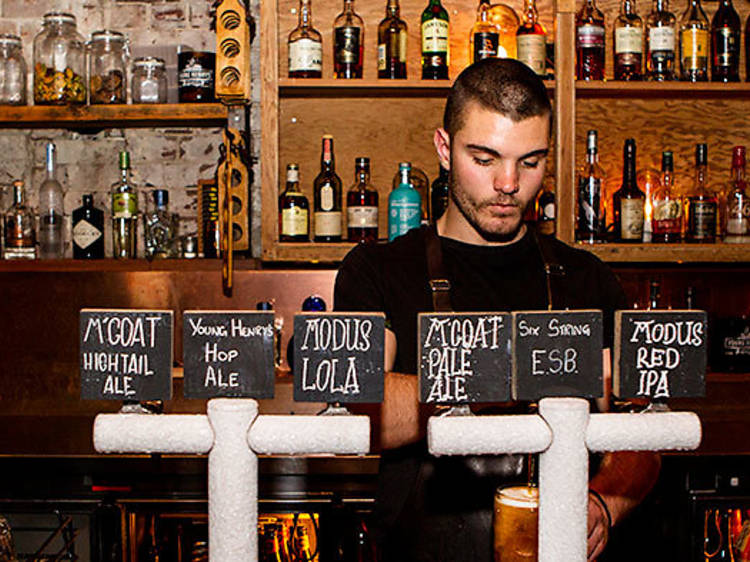 Good for: There are four main quadrants to this late-night hotel at the tipping point of King Street. The front bar is a quiet sports bar, but on weekends things get rowdier. Up the back is a sunken beer garden, on the first floor you’ll find Waywards, a bar and music venue open Thursdays through Saturdays and at the heart of this vast establishment is Uncle Hops, their cosy craft beer bar.

How late: You can sink craft beers until 4am on Friday and Saturday nights. 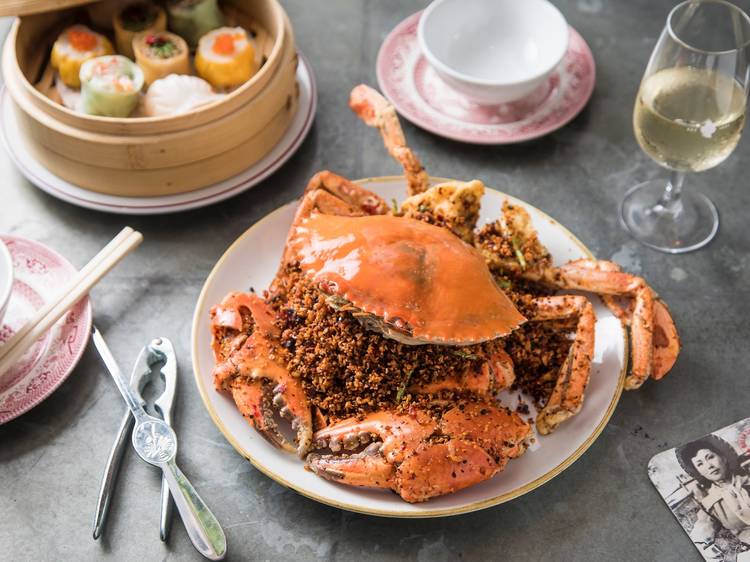 Good for: Handsome and dimly lit, this dignified watering hole is just that little bit smarter than your average pub thanks to a well-stocked back bar, noteworthy wine list and cracking snacks from the Queen Chow kitchen.

How late: They call time at 3am on Friday and Saturday nights. 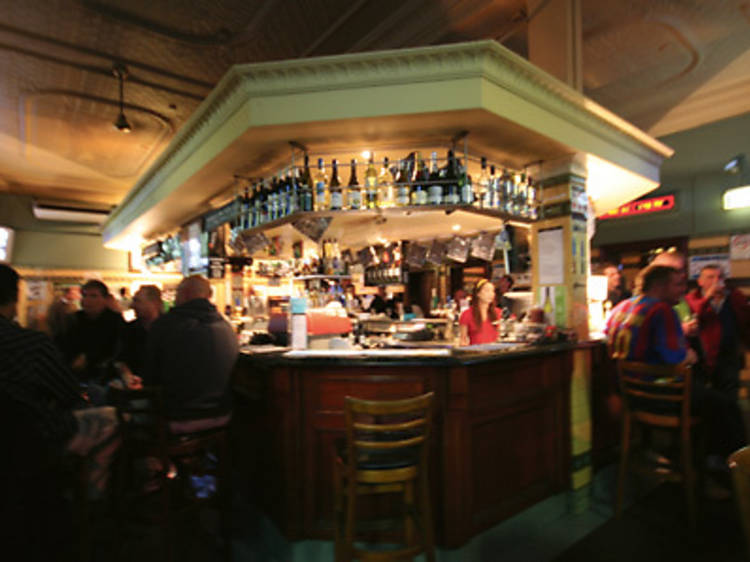 Good for: A last resort for some, but so few venues boast a 24-hour license that that, in and of itself, is a serious drawcard. Televised sport, live music and 42 beer and cider taps are nothing to frown about either.

How late: They never turn the lights off. 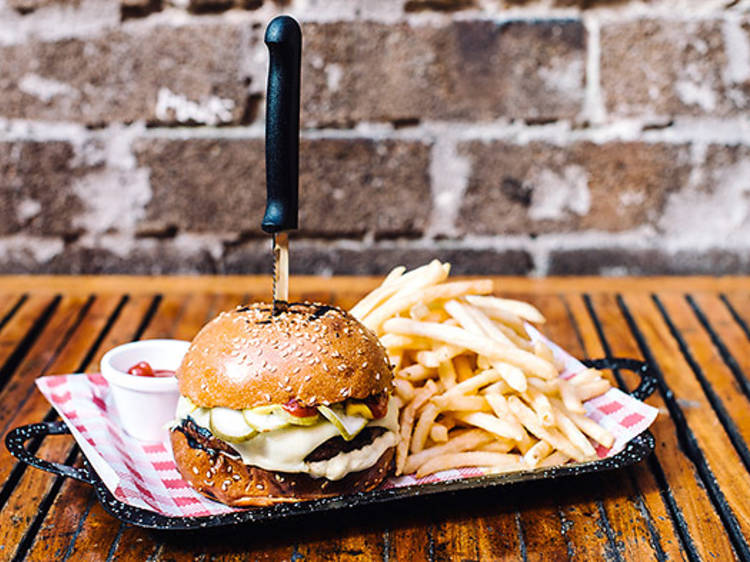 Good for: This Kingsford corner pub is one of the closest to UNSW and it shows: staff and customers skew young. And to be honest, that chance to relive your uni days is part of what makes this your best bet along the Kingsford-to-Kensington Anzac Parade strip.

How late: The good times roll till 4am Monday through Thursday, while Friday and Saturday nights let you keep going until 6am.

Good for: This is an easily accessed spot thanks to its proximity to Central Station. Pan-Asian snacks like pho-flavoured dumplings, prawn and truffle spring rolls, konbu fried chicken in a bao and Typhoon shelter prawns grace the menu.

How late: The fact that Gweilo has a 4am license Sunday through Thursday and a 6am license on Fridays and Saturdays is very good news for the city. 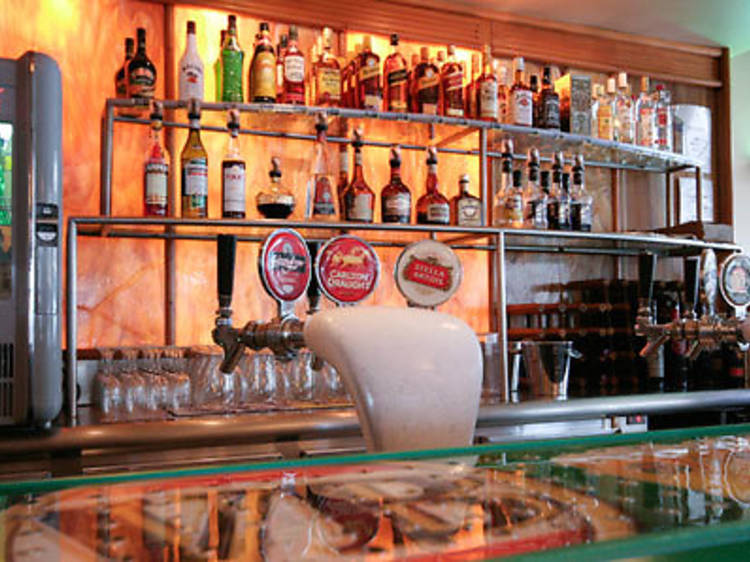 Good for: This cheap and cheerful student hangout is perfect for sinking a late night beer to cap off the night and challenging your mate to a round of 3am pool.

How late: Bar Broadway is one of the few Sydney boozers that stays open until the crack of dawn, pouring schooners until 6am on Friday and Saturdays and until 4am every other night. 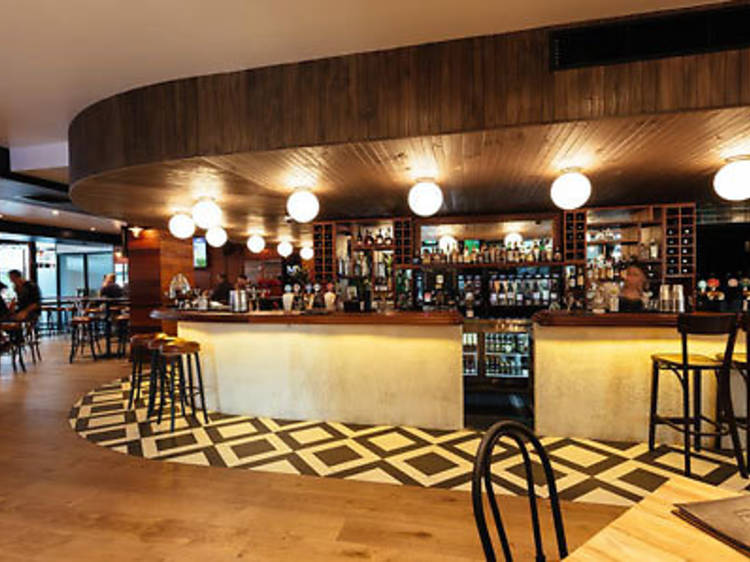 Good for: Need to discuss the arthouse film you just saw at the Orpheum? Do it over a drink at this Mosman venue channeling NYC piano bar vibes.

How late: This Military Rd mainstay is open until 4am Monday through Saturday, making it a popular spot for just-over-18-year-olds right through to old school locals. 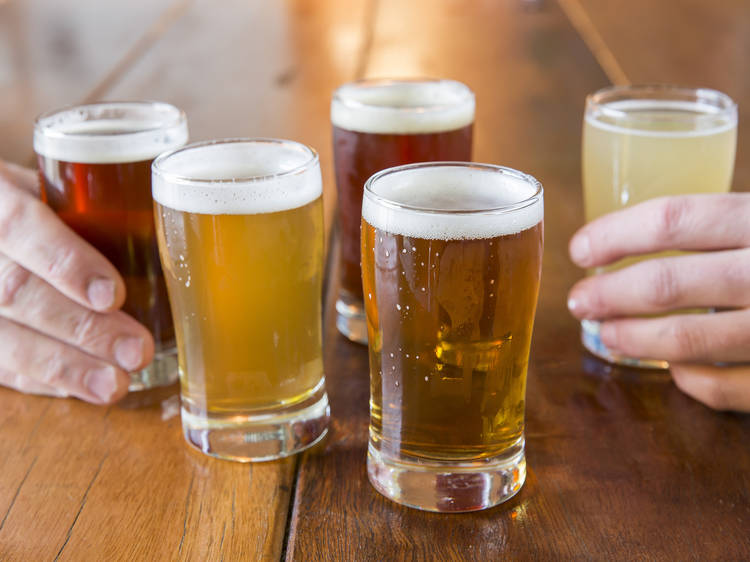 How late: Monday through Saturday, they call it at 6am. On Sunday, it's a more reasonable midnight finish. And they open at 7am all week long. 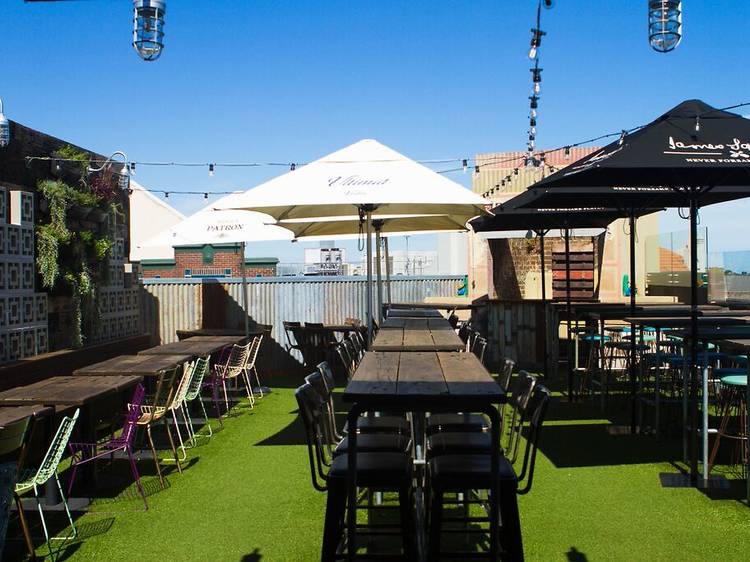 How late: The main bar is open until 4am Monday through Saturday, but it's worth noting that the rooftop shuts a little earlier, closing at midnight on Fri-Sat and at 10pm Sunday through Thursday. 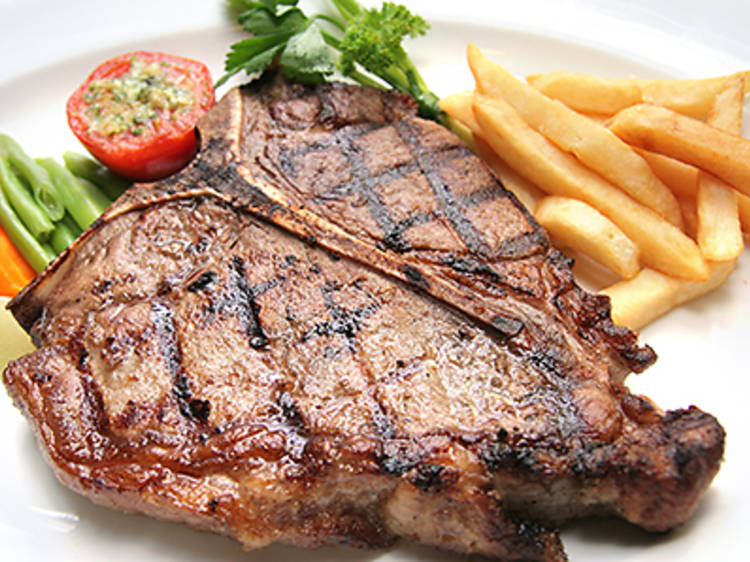 Good for: This solid local has cheap meals and big screens for sports, pool tables and a video jukebox. It's open late and it's next to Central.

How late: This pub is open 24 hours, all day, everyday. 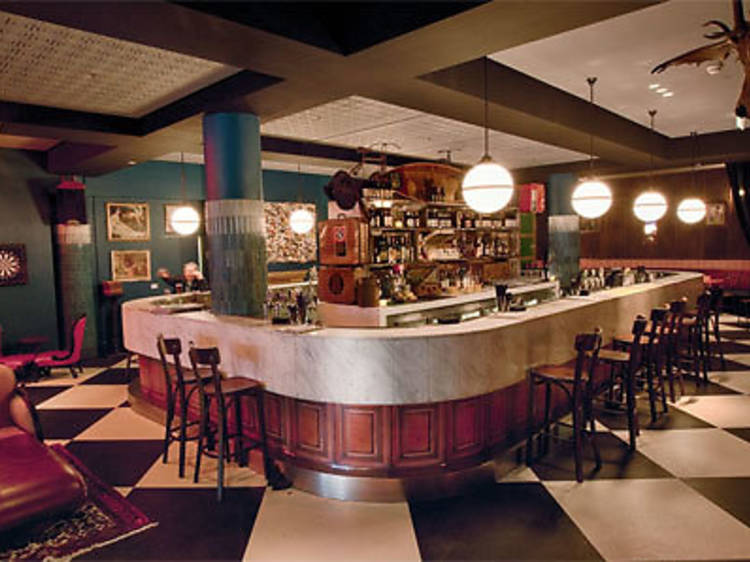 Good for: Bondi Junction's four-level watering hole has had a helluva facelift with Good Times Burgers down the bottom and El Topo up top. There's crowd-pleasing DJs until late so it's a bit of a dancefloor destination.

How late: On Wednesday, Friday and Saturday, the debaucherous El Topo Basement keeps the young crowd hydrated until 4am. 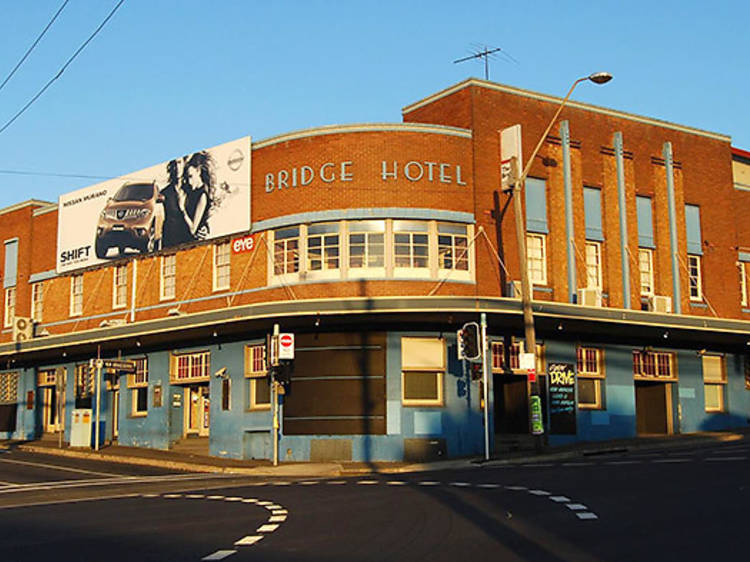 Good for: Old-school Aussie pub rock is the mainstay at this pub and concert venue. Think Angels, Dragon, Diesel, Ian Moss, and the like. Plus it has a famously late night licence, which has earned it a reputation as the 'Last Chance for Romance' in this neck of the Inner West.

How late: All the time – well basically. This Rozelle pub is open 24 hours, execept for on Sundays when it's open from noon-midnight.

Want to go for a drink? 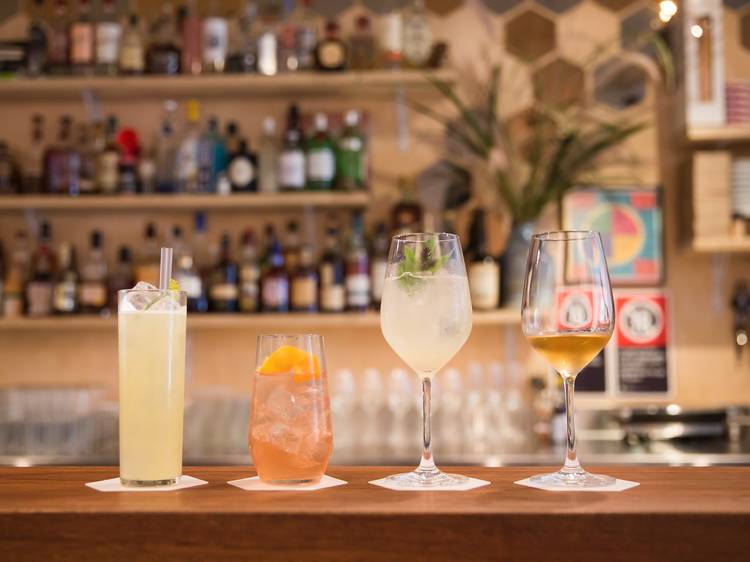 Every year we put our livers and sleep patterns on the line to bring you, dear reader, a comprehensive guide to the best bars in town to make sure your evenings never run dry. 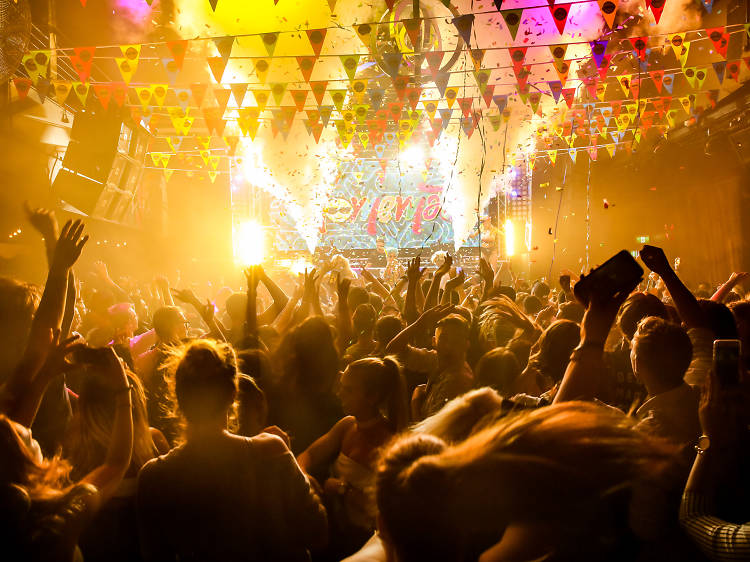 The best clubs in Sydney

Sydney loves to party: we'll party on the roof, in the basement, by the pool, and at suburban bowling clubs. We've collected our city's best clubs and nightlife hotspots so you can make the most of Sydney's untz, untz, untz scene on your next big night out.