Have you lived in Melbourne all your life or did you defect here from another Australian city? Maybe you moved here, loved it so much and decided to become a permanent resident. Whatever your situation, we think you must have done these 37 things to qualify as a true Melburnian...

2. You kick and scream about crossing the river despite how harmless it actually is.

3. You’ve jumped on a reverse-loop train to catch the express train you missed by intercepting it at Parliament station.

5. You've attended a gig at the Forum but spent half the night gazing up at the faux starry ceiling.

6. You have very strong opinions about cafés.

7. You have argued with anyone who says Melbourne coffee is not the best coffee in the world.

8. You’ve been to every single hidden bar in Melbourne.

9. You’ve been out so late at night that you’ve treated yourself to 24-hour hot pot before heading home.

10. You’ve planned your whole day around doing the 1,000 steps, only to realise it actually doesn’t take that long.

11. When tourists are complaining about a lack of public toilets, you know where to go when you really need to go.

12. You went to Saint Jerome’s before it was a music festival.

13. You’ve seen the wandering Carrot Man so many times that he doesn’t even turn your head anymore.

14. You wonder whatever happened to Jackie Chan the city ram.

15. You had very strong feelings about the Tote closing, but since it has been saved, you’re unsure of how many gigs you’ve actually been to there.

17. You've fought anyone who has said there is a better kugelhopf than the one from Monarch.

18. You’ve used the Hoddle Grid as a legitimate point to argue why Melbourne is better than Sydney.

19. You’ve waited for someone under the clocks.

20. You actually don’t mind that the Arts Centre spire is a total rip off of the Eiffel Tower, but…

21. You've been in heated discussions about the architecture of Fed Square.

22. You’ve found the perfect position to catch Melbhenge, and then been disappointed by your miscalculated angle.

23. You’ve never considered yourself a ‘foodie’, but you’ve eaten all the dishes that are so Melbourne it hurts.

24. You definitely have a favourite pub with your favourite spot that you’ve worked into your weekly routine.

25. You’ve been to see experimental theatre at Malthouse when you were trying to impress someone but never admitted that you never really got what was going on.

26. You have wasted time before a film at Cinema Nova by accidentally purchasing too many books at Readings.

27. You eat banh mi at least once a week but sometimes take for granted how vibrant and multicultural our food culture is in Melbourne.

28. You went to the Yarra Valley to check out wineries but accidentally got drunk at Four Pillars instead.

29. You think our local drag scene is severely underrated.

30. You know who Franco Cozzo is despite never having purchased a single piece of furniture from him.

31. You know that Tuesday is the best day for shopping at Queen Victoria Market.

33. You’ve grumbled your way past tourists taking photos of street art when you’re just trying to get to your destination.

34. You’ve driven past the pink lake, but you’ve never made that big a deal of it.

35. You’ve said you'll head to the NGV's blockbuster exhibition early, but end up lining up and being jammed in like a can of sardines on one of the last days.

36. You have love-hate memories of when White Night was a monstrously packed all-night summer affair.

37. You’ve accidentally gone to the State Theatre for a gig and realised you have to run to Hamer Hall so you don’t miss the opening.

Feeling nostalgic? Here are the things you miss if you're a Melbourne millennial. Ticked off all the things on this list? Check out all the things Melburnians are weirdly proud of. 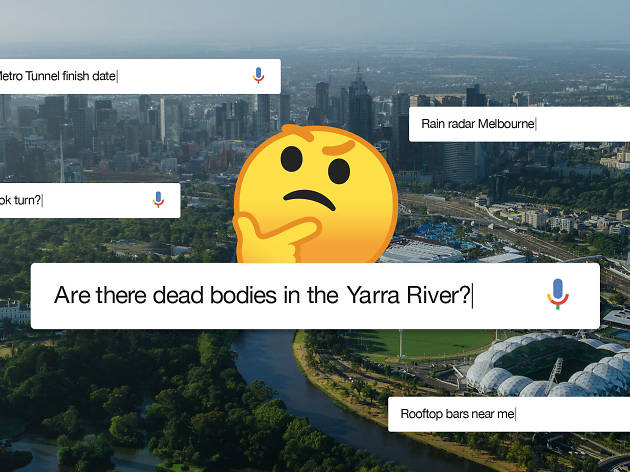 As much as we pride ourselves on knowing every single hidden bar, coffee shop or swimming spot in town, there are still some things about Melbourne that baffle us to this day. Here are some things we’ve all Googled at least once in Melbourne.