New York City’s restaurants and bars have never faced a more challenging time than in the past six months. As city and state officials work to contain a possible second wave of the current crisis, businesses have been able to slowly reopen. But many have not been able to weather the financial impact and have closed forever.

Indoor dining is set to make a return across the five boroughs come September 30th, but many establishments are still taking a wait-and-see approach before they can safely. Since the lockdown began in mid March, the number of new takeout and delivery options keep growing, some new restaurants have opened and it appears outdoor dining may still remain an option until it gets too cold. Still, many New Yorkers didn’t have a chance to give a final farewell to the following establishments below. 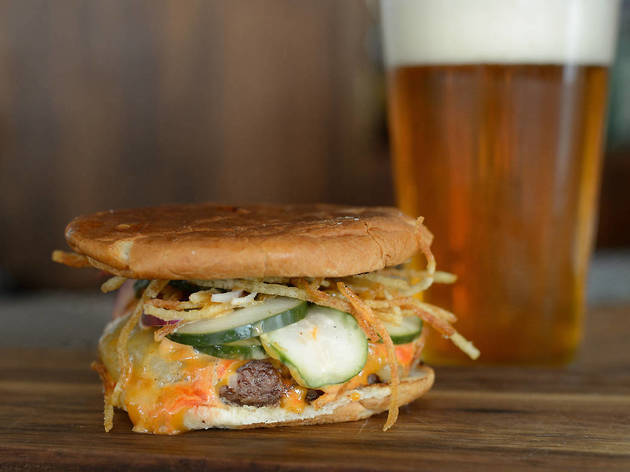 We’ll always remember the burgers at Gabriel Stulman’s gastropub, an intimate 28-seat corner spot in the West Village. It was a place that felt like it catered to locals as much as diners there on a first date. 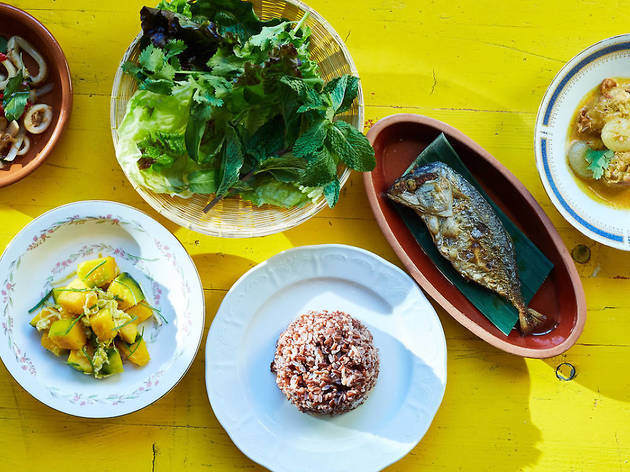 Dining at Taladwat was akin to attending a pot luck—but much better because you’re sharing dishes that span the southern, central and western regions of Thailand. Chef David Bank doled out rich, spicy curries and hearty pork dishes that you don’t find from your local Thai takeout joint. 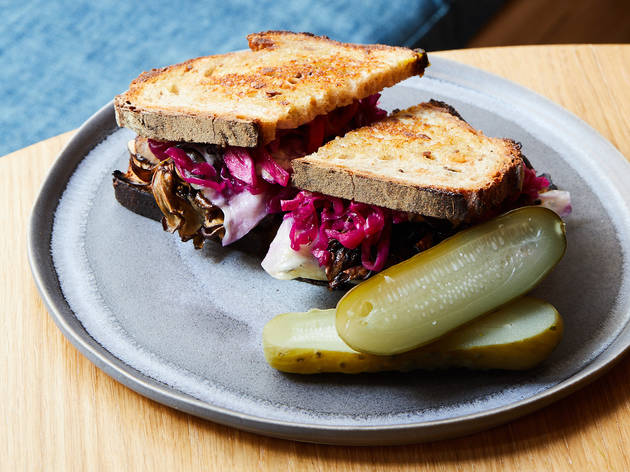 The Mushreuben—a vegetarian spin on the diner classic had us dreaming of the roasted maitake mushrooms with sauerkraut, peppadew peppers, melted Swiss cheese and special sauce between toasted caraway-rye bread—was one of our favorite dishes in 2019. Other plates at Camilla Marcus’s Soho restaurant brought a cool West Coast vibe to New York we’ll miss. 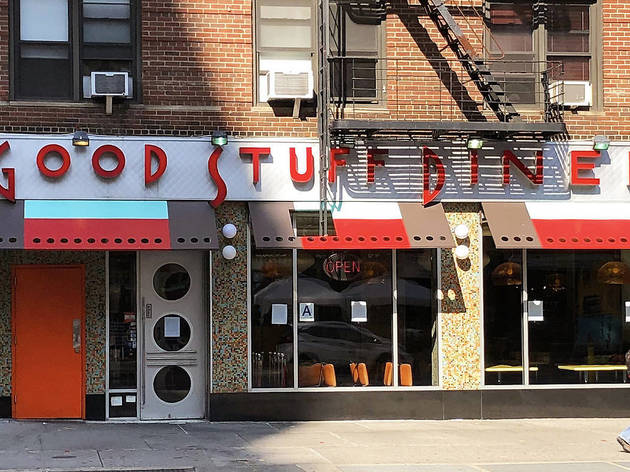 This neighborhood favorite in Chelsea on Sixth Avenue was one of the rare restaurants open 24/7 and an example of yet another dying breed of business: a no-frills New York City diner with quick, comfortable and warm (if no-nonsense) service. 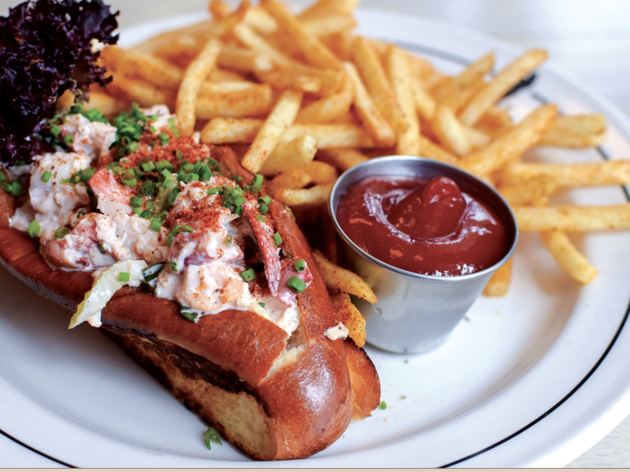 The original East Village location was a favorite for happy hour whether you wanted oysters, lobster rolls or even a Bloody Mary during the week. Luckily, there are three other locations in the city (Greenwich Village, Chelsea and Upper West Side). 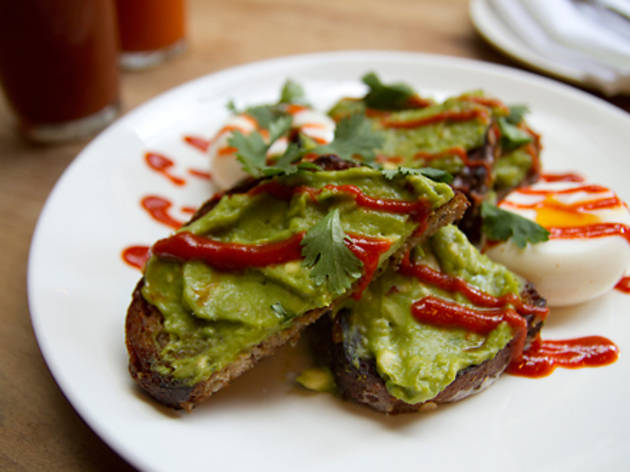 The Fat Radish may have had a reputation for being a hangout for the fashion set but it was a destination worthy for its food, too. From burgers to seasonal salads, there was a bit of everything here for everyone. 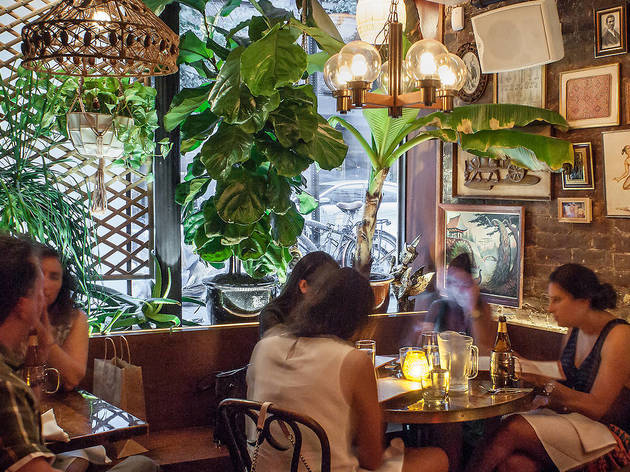 Ever since opening in 2013, diners packed into Ann Redding and Matt Danzer’s Nolita restaurant Uncle Boons. The chefs set a stage—one filled with vintage posters and some tiki bar touches—that showcased modern Thai dishes without watering them down. New Yorkers ate it up; they loved the complex (and often fiery) dishes served in the laid back, fun environment. Now Redding and Danzer have decided to close the restaurant permanently after not reaching an agreement with their landlord. 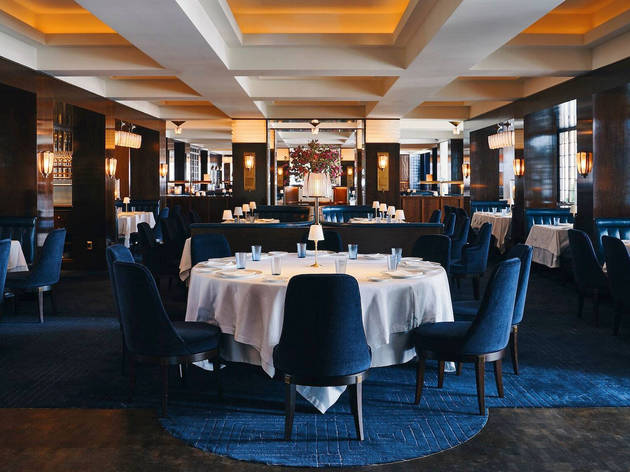 Thomas Keller, one of America’s most decorated chefs, has permanently closed his fine dining restaurant in Hudson Yards. It was the chef’s first NYC restaurant opening in 15 years when he opened the throwback restaurant in March 2019. 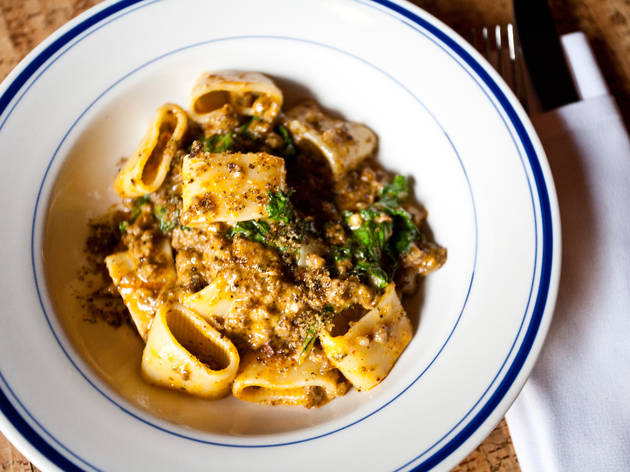 This neighborhood favorite in the East Village was known for its comforting Italian fare by chef Sara Jenkins.

This Lower East Side Vietnamese restaurant was one of the early leaders in showcasing the Southeast Asian country’s cuisine with a modern twist. The owners still have their popular restaurant Di An Di in Greenpoint.

Keith McNally’s formula for a hit French brasserie didn’t survive the tough conditions, between a health crisis that left downtown Manhattan like a ghostown and a beautiful restaurant that never quite gained momentum like his other spots in town. 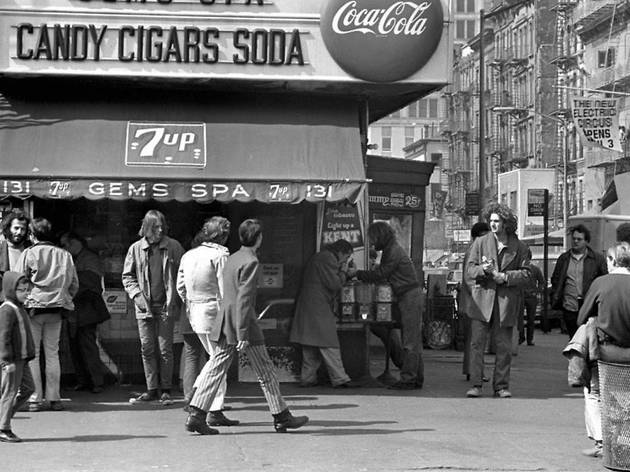 An East Village fixture for nearly 100 years, Gem Spa was known as much for serving its egg creams as its punk roots. The shop was already struggling to survive, but the last few months were just too tough. 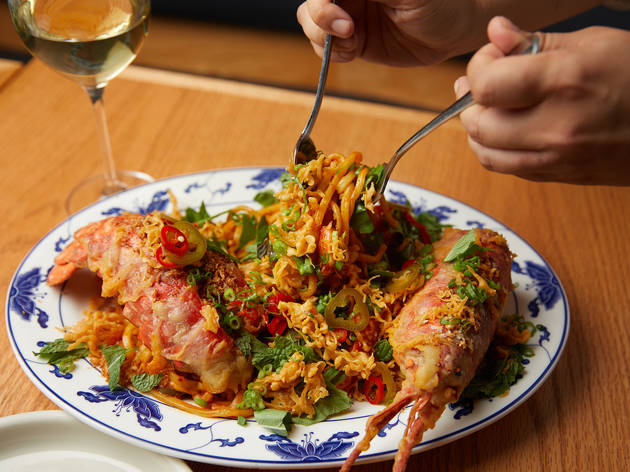 David Chang closed Nishi, a restaurant that was often overlooked in the chef’s Momofuku empire, but it was a sleeper hit of sorts—despite uneven reviews at first—for many with its innovative take on Italian cuisine. The celebrity chef is also moving his beloved Ssäm Bar from the East Village to take place of Bar Wayō, which opened last year, in the South Street Seaport. Elsewhere, a D.C. Momofuku location is also shuttered. 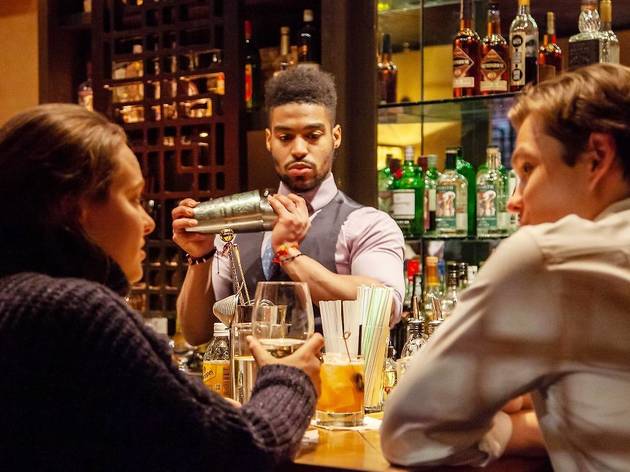 As one of the best bars in New York, Pegu Club was also one of the seminal bars of the craft cocktail movement. Countless bartenders worked here that went on to open their own spots that New Yorkers have come to love.

One of the few bright spots of the Upper East Side dining scene, Beyoglou offered reliable (and affordable) Turkish food that was perfect for a group of friends to share a meal.

Before there was Balthazar or Pastis, Keith McNally’s Lucky Strike was a beloved Soho restaurant since its opening in 1989. While the neighborhood has been stripped of its artistic-bohemian vibe (and replaced with luxury stores through the years), this was one spot that made you feel like you found a one-of-a-kind treasure. 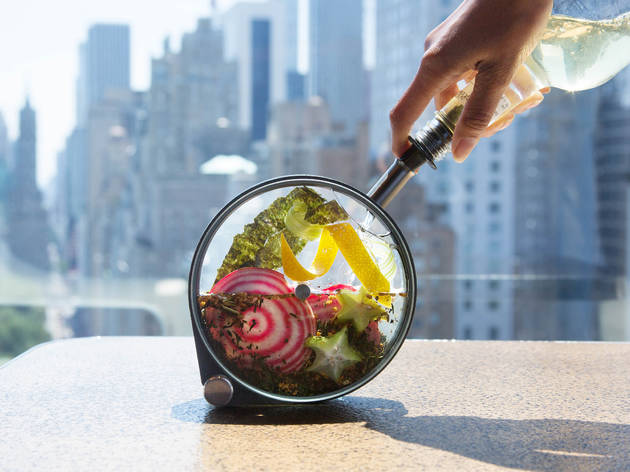 The Alinea Group’s high-end cocktail dens—The Aviary NYC and The Office (a more speakeasy concept)—inside the Mandarin Oriental were reportedly already slated to close in April but the pandemic pushed the opening date ahead. We marveled at the mad scientist-level concoctions here (even if the pricey cocktails meant it wasn’t an everyday spot).

A coffee shop—designed by the MP Shift team—popular for neighborhood regulars and people hanging out in Fort Greene alike, this corner spot was idyllic for hanging out and striking up conversations with strangers (in other words, it felt like a community space). 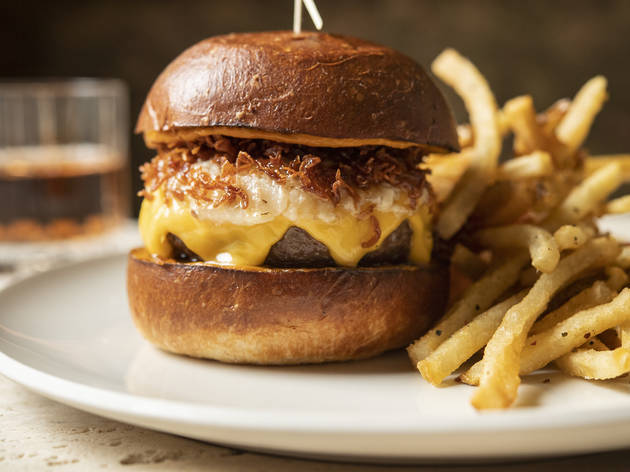 For 36 years, Gotham Bar & Grill helped set the standard for fine dining in the city. It consistently garnered rave reviews, but it was a perhaps a confluence of factors—the trend toward more casual dining, a shift in ownership and the current crisis—that lead to the restaurant’s demise.

Takashi celebrated its 10th anniversary mark this spring, but diners will no longer be able to feast on its yakiniku fare (Japanese-style tabletop grilling) serving nose-to-tail cuts of beef. The restaurant offered a glimpse of the handful of quality yakitori restaurants open today. 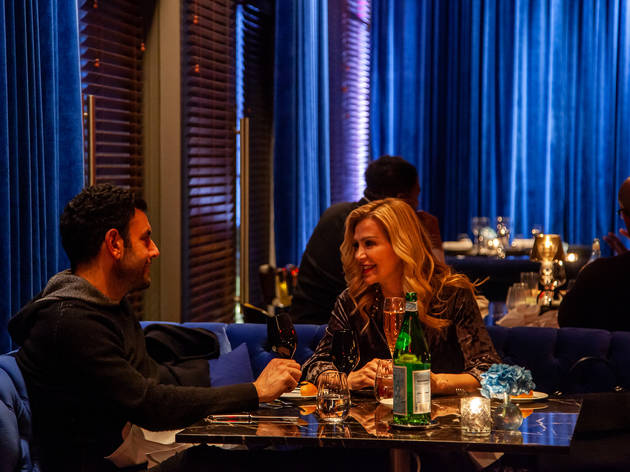 Chef John Fraser’s 701West inside the glitzy Edition Times Square Hotel is no more after the Marriott corporation announced its closing after barely a year in operation. It was one of the few destination restaurants in a neighborhood with limited choices (at least non-chain businesses) and despite its fine-dining atmosphere, the menu was very gently priced.

This sprawling tapas restaurant garnered lots of attention when it first opened—from its respected Boston chefs to the hip downtown location on the border of the Meatpacking District serving a distinct, modern spin on Spanish cuisine.

This neighborhood bar is an anomaly in an area where businesses are often designed to me the latest hip downtown restaurant. Sure, Daddy-O offered a fine cocktail menu and some great whiskeys, but the overall vibe was casual and welcomed everyone.

This iconic nightclub was the it place to be during its heyday, but several incarnations later, the Times Square location was its latest spot—and perhaps last (it may reopen elsewhere in the future).